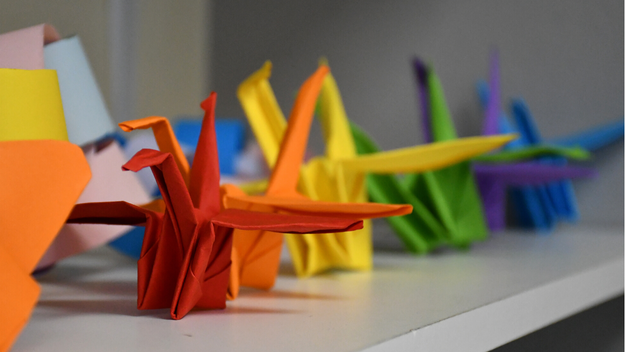 PrideSoc at Withington provides a safe and inclusive space for pupils to talk about LGBTQ+ issues and celebrate the rich contributions that LGBTQ+ people make to society.

PrideSoc launched with a whole school assembly on National Coming Out Day on 11th October which is a time for those in the LGBTQ+ community to take the opportunity to be open about who they are to their friends, family, and the world. In the assembly, pupils heard about what Pride is and how the LGBTQ+ landscape has changed over the years from the 1969 Stonewall riots to the 2022 banning of conversion therapy. The assembly also highlighted key individuals from the LGBTQ+ community including Oscar Wilde, Alan Turing and the Greek poet Sappho.

At the inaugural meeting, pupils considered what PrideSoc should be like and what guidelines should be in place to provide a welcoming environment for all. The group is led by three teachers and a Sixth Form committee help with planning different themes and topics for each meeting. They also help ensure that all views are respected and act as a friend and ally to younger pupils. 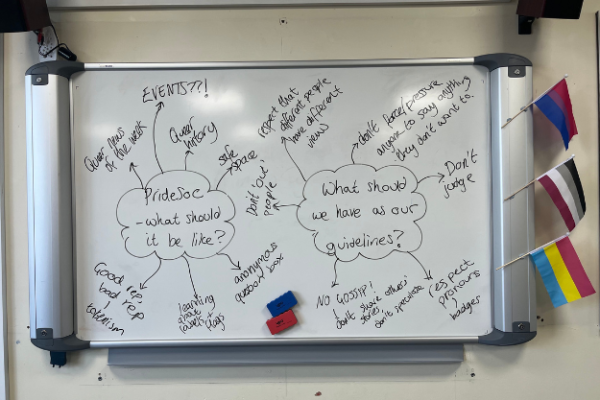 The Sixth Form committee said: “It’s really great to see pupils in every year group coming together to celebrate something that is really important to a lot of pupils. We’re delighted by the attendance so far and we’re excited to see how it grows. There is a fantastic, positive atmosphere at the meetings!” 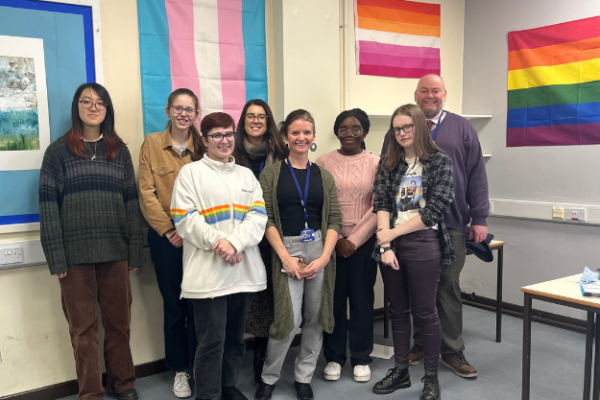 The group has since decorated their meeting space with LGBTQ+ flags and handmade crafts in the assortment of colours that feature on the array of flags which represent the plethora of peoples that form the wider LGBTQ+ community. In doing so, pupils from across the year groups worked together to make these colourful decorations that symbolise diversity and inclusivity. PrideSoc hope to run a charity event later in the school year and welcome all members of the school community to contribute to discussions and make suggestions of topics to explore.

The staff members leading the group spoke with The Proud Trust, a Manchester based organisation that supports LGBTQ+ young people. They shared best practice and resources on how best to deliver PrideSoc at Withington.