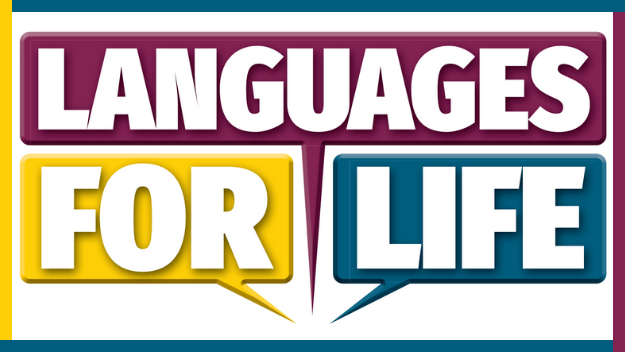 In the final week of the Spring Term, the Modern Foreign Languages and Classics Departments, supported by the Development Department, ran a variety of fun language-related enrichment activities exploring the possibilities that language learning offers.

There was the opportunity to learn new languages in addition to the core five offered at Withington (French, German, Spanish, Latin and Greek). Pupils in Years 8 and 9 had introductory lessons in Mandarin taught by the Confucius Institute, part of the University of Manchester. Pupils learnt how to introduce themselves to one another, count to ten and how to use chopsticks through practising the skill and competing in teams to empty a bowl of small objects. A Portuguese language taster lesson was taught by Dr Vilela, Head of Chemistry, and Dr Taylor, Senior Science Technician, and attended by Year 6 pupils to Sixth Form linguists interested in exploring another romance language. 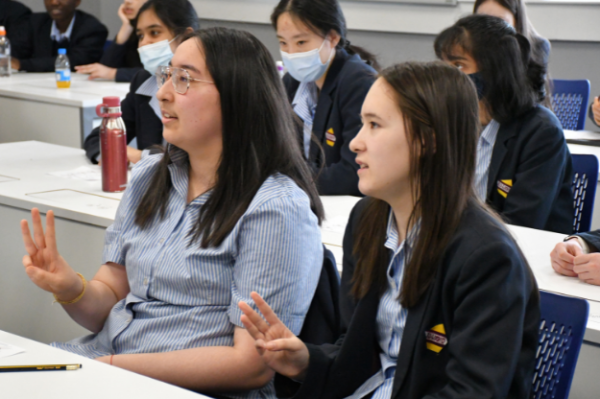 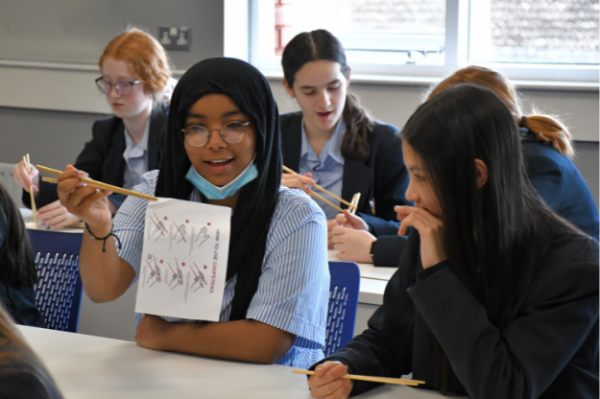 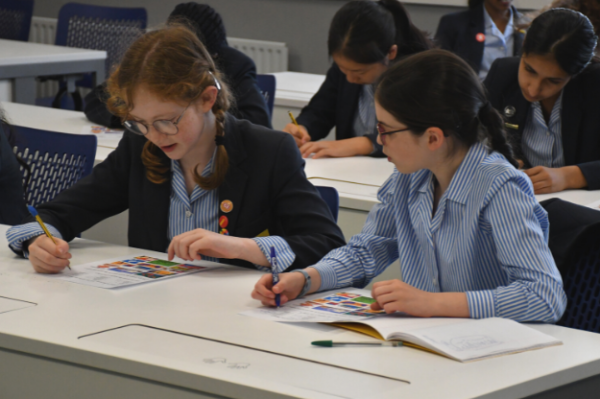 Language learning offers an introduction to different cultures, and it was with great pleasure that we welcomed back Señora López, WGS’ Head of Spanish of 18 years, to teach lunchtime salsa lessons. The classes were attended by Junior and Senior pupils and it was great to see pupils in different year groups dancing together. The Classics Department ran an Ancient Olympic Games competition featuring horse racing, races in armour, javelin and discus throwing, for Years 7, 8 and 9. The MFL ambassadors ran an Encanto sing-along, showcasing language learning through music, hosted a quiz and ran a treasure hunt with clues in French, German and Spanish. 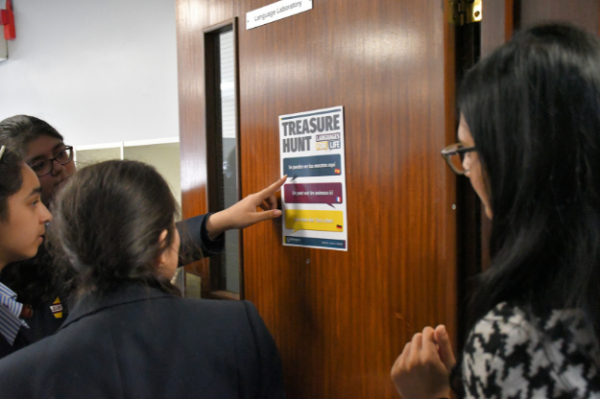 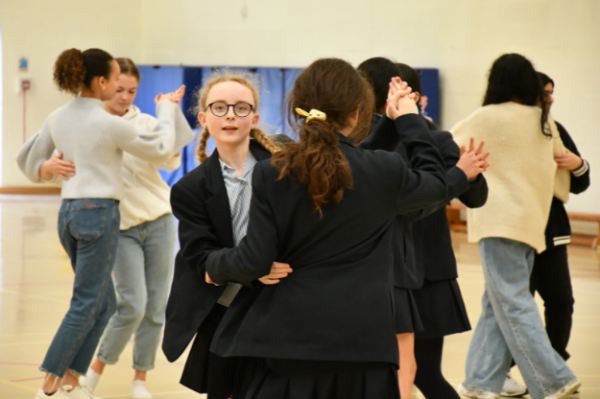 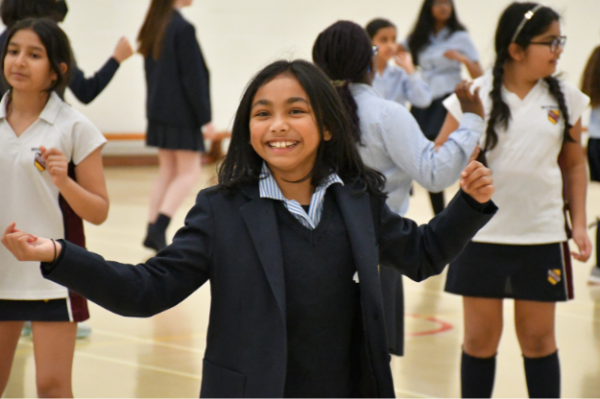 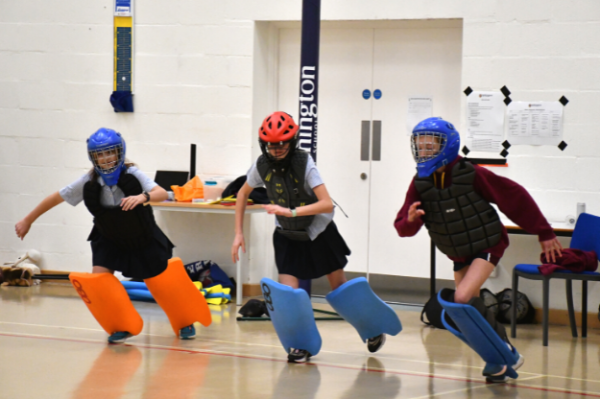 The week was complemented by the generosity and willingness of members of the school community to share their own experiences and expertise relating to language learning. Alumna Janet McBride (Class of 1982), International Enterprise Editor at Reuters, began the week with an inspiring assembly where she spoke of the opportunities afforded to her by language learning and how it opened up the world and gave her an appreciation of other cultures. Janet studied German and Russian at Cambridge University before embarking on a post-graduate diploma in translation in several other languages and has since been a journalist for over 20 years and member of two Pulitzer Prize-winning teams. Year 8 pupils heard from alumna Professor Verity Harte (Class of 1986) of Yale University who spoke of her passion for Classics that was instilled during her time at Withington and the important role classical languages play in her research in Ancient Greek and Roman Philosophy through working with primary source materials. 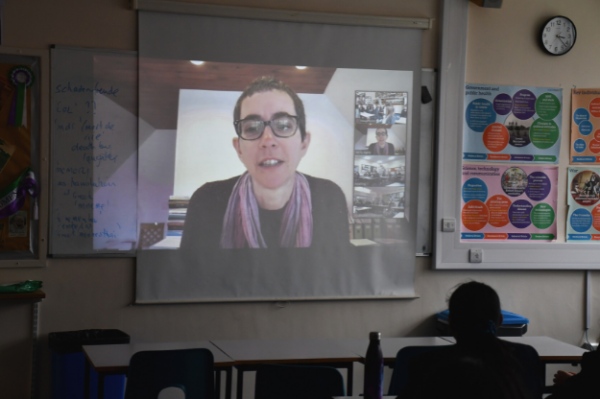 The week-long celebration of languages culminated in an evening event on Thursday 31st March that invited pupils in Year 9 to 13 to discover how language learning can open opportunities beyond Withington for work, study and leisure. Pupils heard from alumnae and parents who have studied Modern Foreign Languages or Classical Languages at A Level or university and have used the unique skills offered by language learning to advance their career, communicate successfully with others and even influence and advise policy makers at national level on awareness of cultural differences in the world of international business. We thank all of our guest speakers most sincerely for their contributions to Languages for Life. 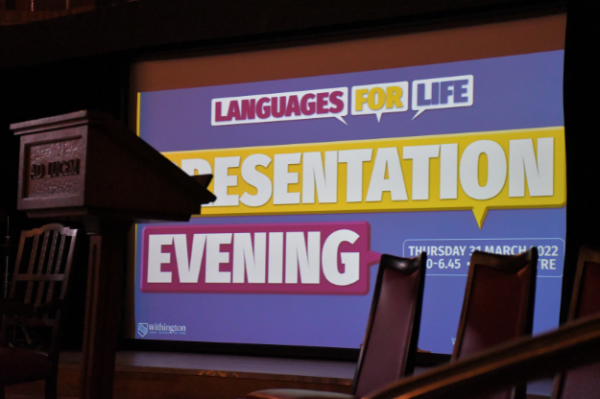 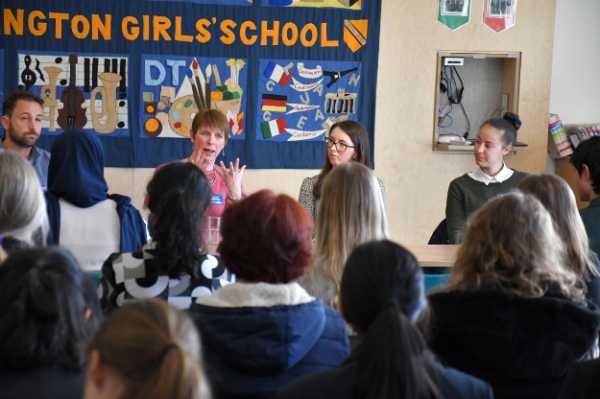 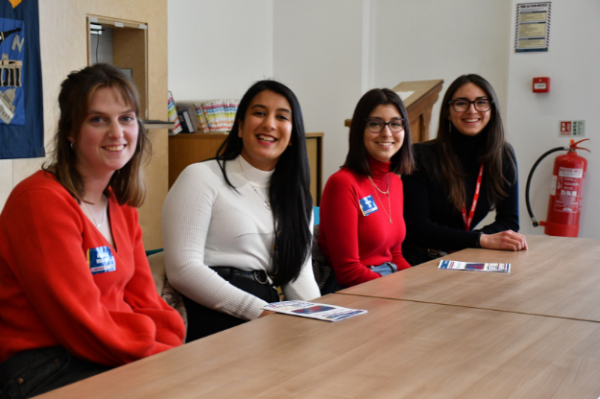