Preparation for the Oxbridge Journey 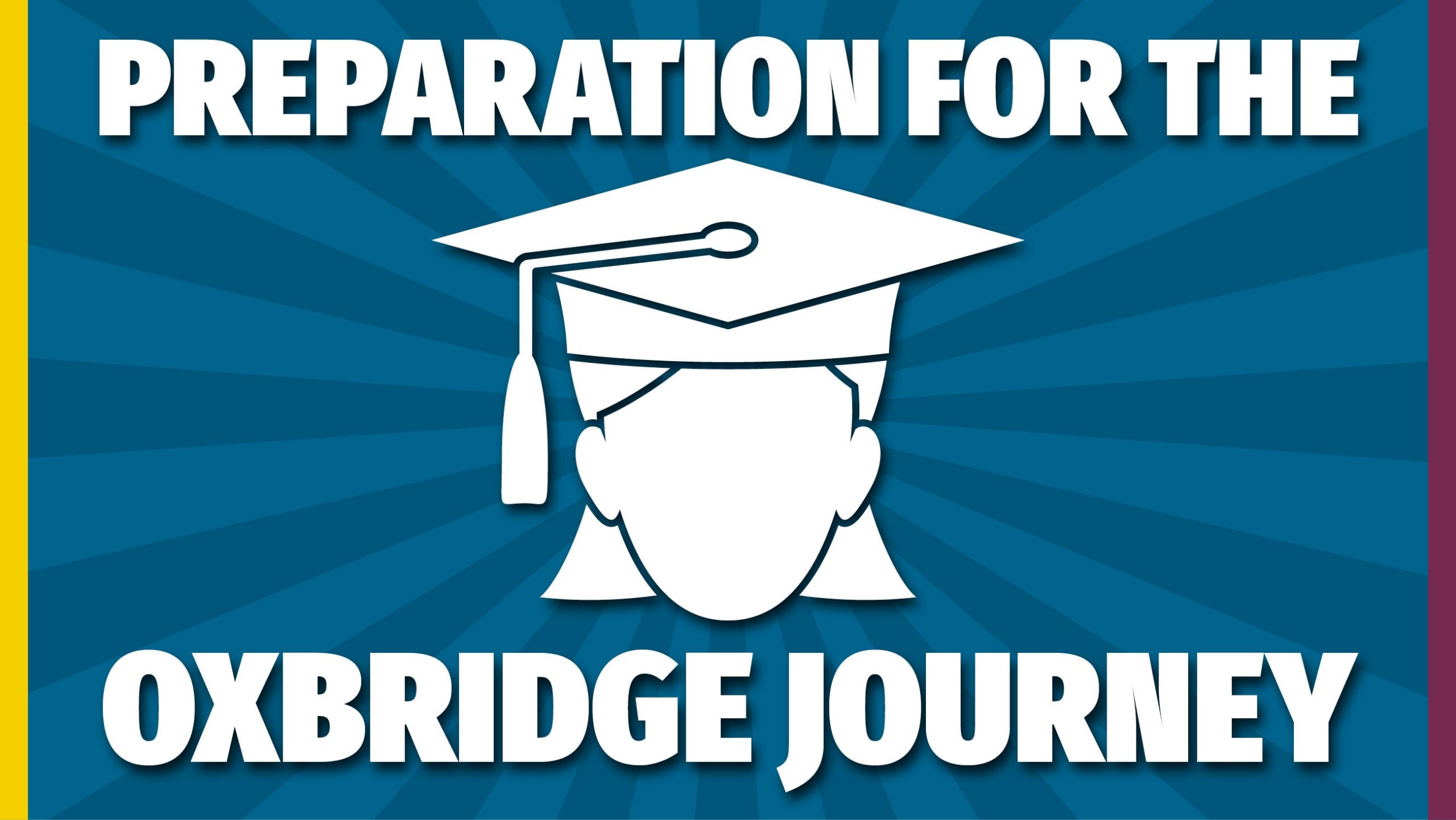 Each year, those who intend to apply to Cambridge or Oxford are supported through a range of activities organised by our Head of Chemistry and Oxbridge Coordinator, Dr Vilela. Working closely with the Oxbridge candidates, Dr Vilela runs a series of events to help prepare candidates for this process and identifies opportunities for students to engage with initiatives offered by the two universities, which have previously included essay competitions and campus visits.

The first event of the current university application cycle took place when students were in Lower Sixth, when they and their parents, were invited to an information evening led by Lucy Higginbotham (Class of 2019). Lucy reads PPE at Brasenose College, Oxford and is involved in university outreach and has supported Oxbridge applicants, including 40 Withington pupils, through workshops and mock interviews. The session covered a range of areas including the differences between Oxford and Cambridge, how to prepare for the admissions process, and student life. Lucy also covered a number of frequently asked questions, before a Q+A took place.

Pupils participating in this session commented, “This talk was so valuable. The informal setting meant we could ask any questions we had and were given honest, helpful answers”, and “Speaking to the alumnae was really reassuring. Knowing that they had gone through the same process was inspiring and helped to put everything into perspective. It’s great to have people we can speak to about their experiences.”

All Upper Sixth pupils could also attend a workshop that covered how to succeed at interviews which provided the opportunity to practise subject specific questions and general interview techniques. Many pupils not applying to Oxbridge attended this session to better prepare for their own university application journey. There was some direct focus on the Oxbridge process for which the interviews are known to test applicants beyond their subject knowledge and explore how the candidate thinks to understand their intellectual capacity and if they can learn and be stretched by the teaching systems in place at the universities.

Feedback from participants who took part in this workshop has been incredibly positive. “The session was so insightful as it was specifically tailored to the Oxbridge interview process. I wasn’t entirely aware of the format of this experience and got to hear first-hand some of the ‘out there’ questions interviewers may ask.”

A pupil mentioned how the facilitator put forward the question, ‘what would you do if you woke up tomorrow as ant?’ She added, “everyone answered in their own way and tailored their response to their subject area. For example, physicists spoke of sky diving and how velocity changed. As an aspiring medic I discussed the importance of teamwork and community. It was so interesting to hear the different responses and to know there’s not one answer that can be given.”

The admissions tests which took place on 3rd and 4th November were next for pupils sitting the Thinking Skills Assessment (TSA) or BioMedical Admissions Test (BMAT). Mock examinations had been run for pupils as part of the support offered by School. These tests are taken by pupils applying to Oxbridge and other universities such as University College London.

Additionally, those set to take these tests were invited to attend a Thinking Skills Course led by Lucy Higginbotham who herself scored in the top 1% in the TSA. The objective of this course was to help students develop not only their thinking skills, but also how to apply them effectively and efficiently in the high pressure and time-constrained exam. Following the admissions tests, mock interviews are then organised by Dr Vilela to allow pupils to practise for the next stage of the process.

The university application process is a demanding time for any young person. At Withington there is always support available, whether academic or pastoral, from a wide network. We thank our alumnae who generously gave their time and expertise to support our students, Dr Vilela, Ms Robinson, and the Sixth Form team for their ongoing support particularly at this time.

Number of Withington pupils at Cambridge (7) and Oxford (6).

Number of Withington pupils at Cambridge (3) and Oxford (2).

One pupil from our 2019 cohort took up a place to read History at Oxford.

Number of Withington pupils at Cambridge (4) and Oxford (5).

Four pupils from our 2018 cohort also took up places at Cambridge (1) and Oxford (3) to read Chemistry, Spanish & Linguistics and Natural Sciences.

Number of Withington pupils at Cambridge (10) and Oxford (5).

Two pupils from our 2017 cohort also took up places at Cambridge (1) and Oxford (1) to read Biological Sciences and Medicine.