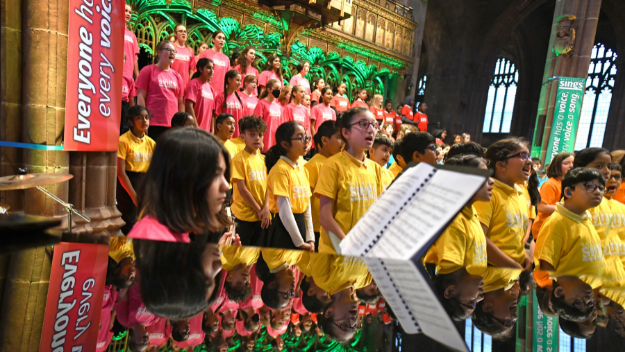 Around 250 children from across Greater Manchester united for a celebration of music to recognise the importance of community through a partnership festival of song and poetry at Manchester Cathedral on Wednesday 24th November. 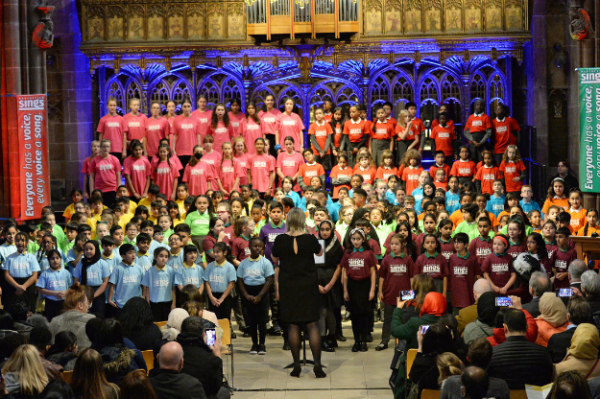 The event itself was the first time that all the participants had performed together as a single choir. 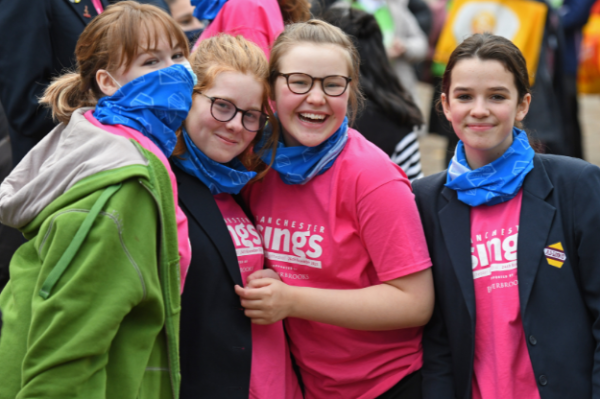 Withington girls ahead of the concert

Six of the seven primary schools participated in the inaugural event in 2019 and were eager to take part again. “There’s a growing level of interest from schools across the region to participate due to the undoubted positive impact of the project. The participating children benefit so much from this experience. Not only do they learn about music and develop new skills, but they also grow in confidence and self-belief, which will aid them far beyond Manchester Sings,” said Mrs Sargent. One pupil from Whitefield Community School remarked that Manchester Sings was ‘the best moment of my life, so far!’

At several of the schools, the choir has been requested to perform at assemblies and forthcoming Christmas concerts, widening the influence of this project further. 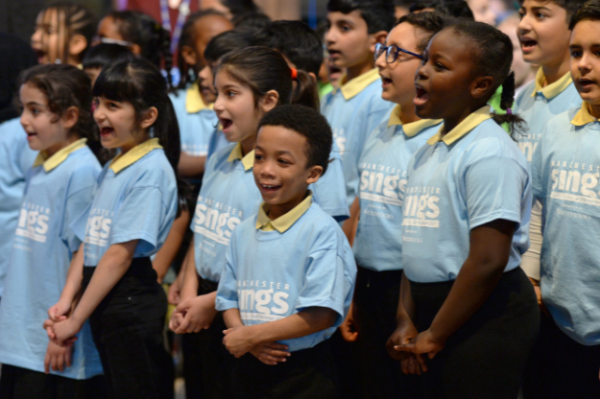 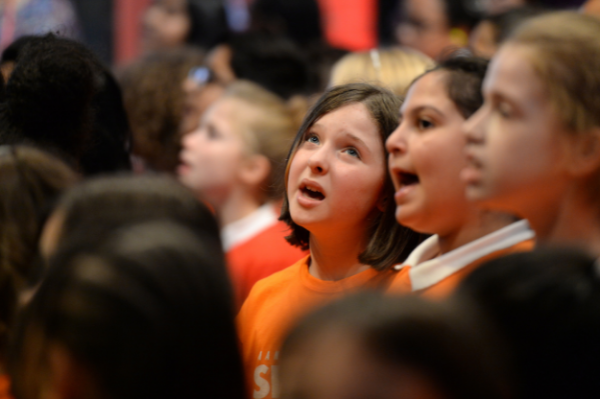 With a general theme of community, a medley of six songs was interwoven with words written by pupils who shared their own reflections on support, friendship, togetherness and unity. Poetry and creative writing were produced and performed by Withington Junior and Senior pupils, and pupils from New Islington Free School and St Luke’s CofE Primary School (Bury) with messages recognising the work of the NHS and keyworkers, and the importance of coming together during recent times.

Mrs Haslam, Withington’s Headmistress, commented: “The atmosphere was very special and I’m sure it will live long in the memory of all who were there. The children performed with such inspiring commitment and enthusiasm – they should be very proud of all they have achieved.” 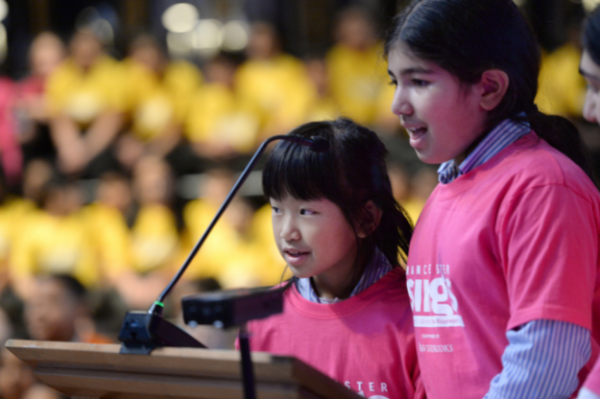 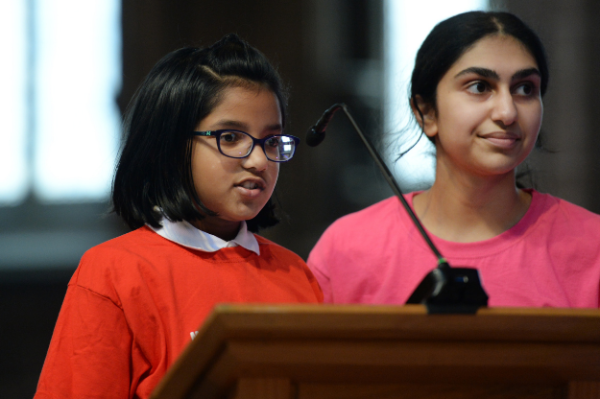 A New Islington pupil commented, “My favourite part of the concert was how all of the harmonies came together and made beautiful music. It was really interesting to sing in front of loads of people because I had only sung with my friends in assemblies. I will always remember my parents’ faces when they saw me and all my class singing. It was the bravest thing I’ve ever done, and I loved it!”

Manchester Sings raised over £500 from voluntary donations for the Booth Centre, a day centre for homeless people, and children’s charity, Wood Street Mission. Beaverbrooks Jewellers is the sponsor of Manchester Sings. 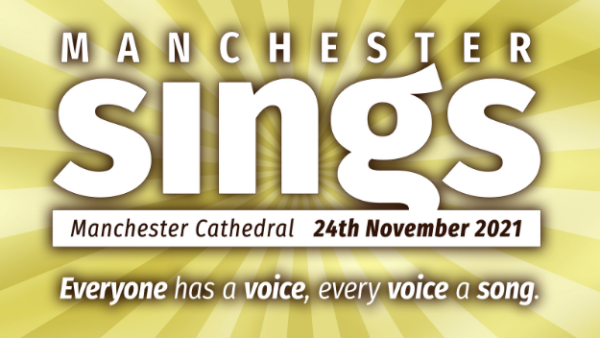 The participating primary school choirs have had a busy Autumn term, rehearsing with Mrs Sargent, who visited the schools each fortnight. The children took part in extra practices with their own music teachers and their singing could be heard loud and proud in the school hallways. Withington pupils performed alongside the primary school children, providing the harmonies which bring the voices all together, and had been practising since the summer term. 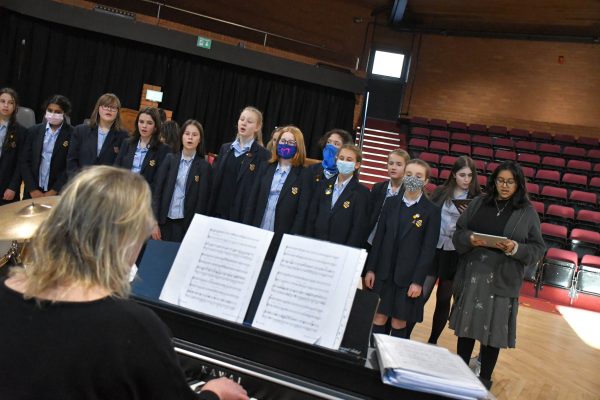 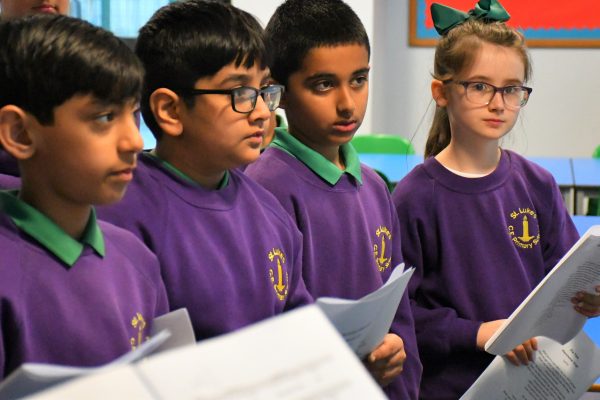 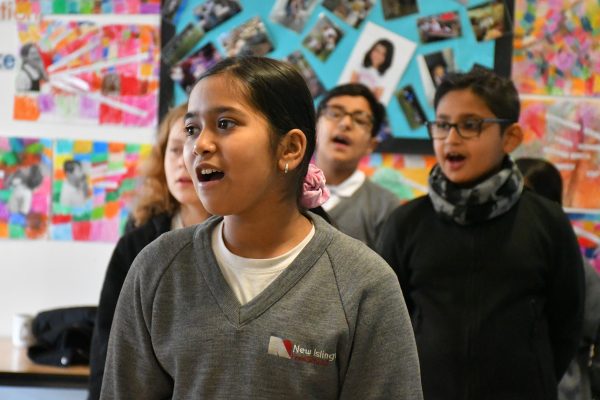 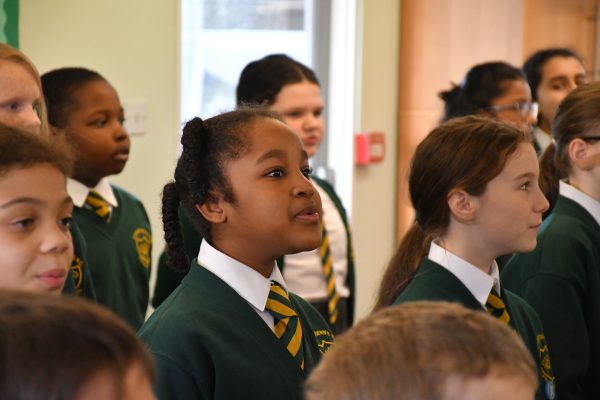 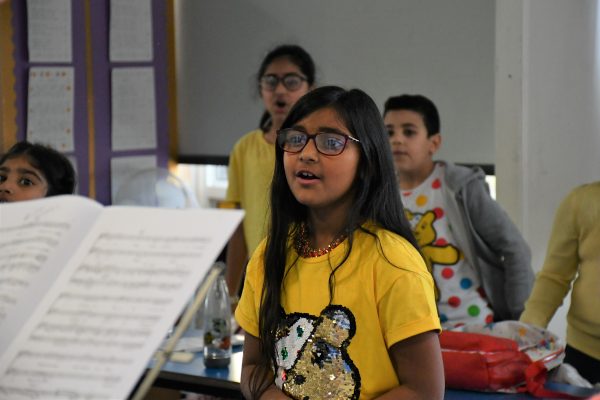 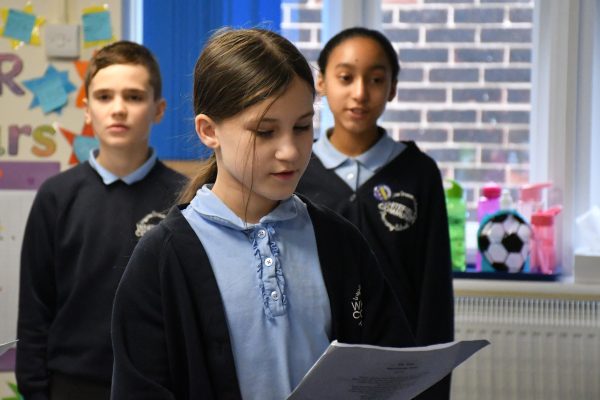 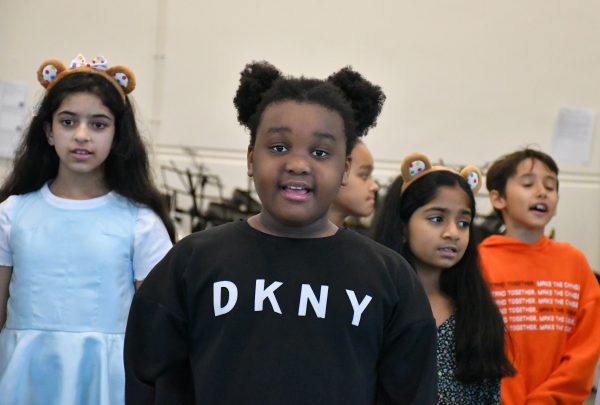