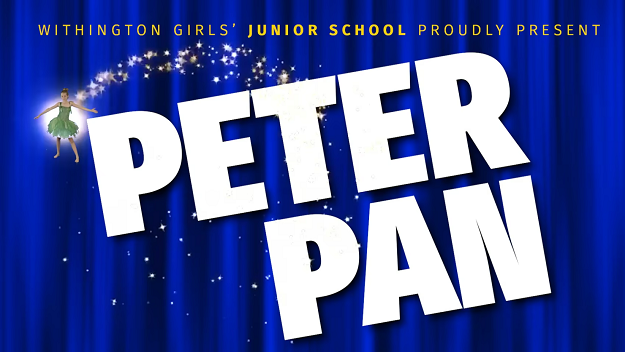 The Summer Term traditionally sees Year 6s bid farewell to their time at Withington Girls’ Junior School through the Strawberry Serenade. Typically, the show is performed to an audience but for the second year ‘curtain up’ became ‘cameras rolling’ to tell the story of Peter Pan.

Filming took place over several days in the School’s assembly hall, the Arts Centre, adorned in blue screen to allow Withington to transform into Neverland post-production. Year 6 pupil, Lara, who played Shadow and Mermaid said: “The creation of Peter Pan was a heart-warming experience. The effort put into the show by both the pupils and teachers made the production look so much better than any of us ever imagined. We are so grateful to even have the production filmed because of the pandemic. A smile is always found whenever Peter Pan is mentioned.”

All the year groups were involved once again and it’s been wonderful hearing the girls as they have practised songs and dance routines in the hall. Upper II, of course, take the main acting roles and Mrs Sargent, Director of Music, has nothing but praise for the pupils about the way they have thrown themselves into learning lines, stage directions and how they have conducted themselves in general. 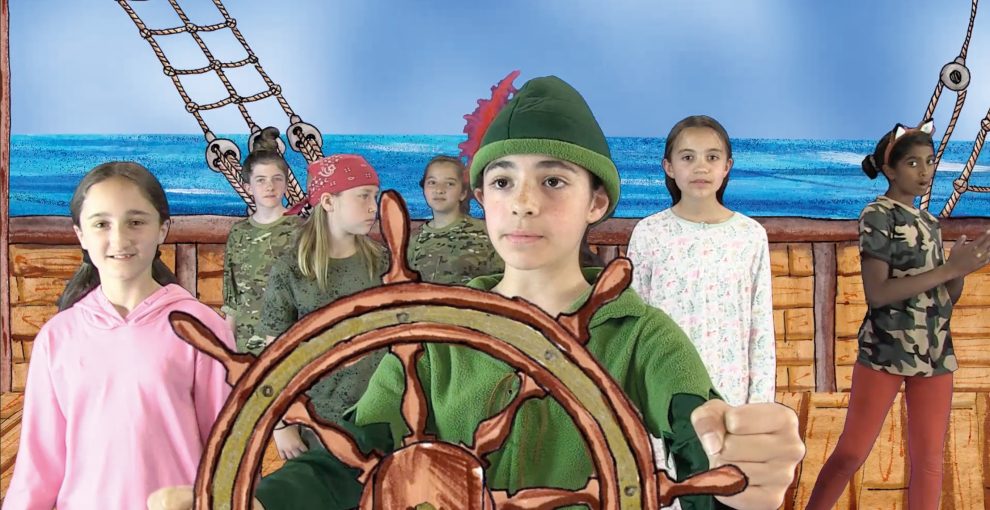 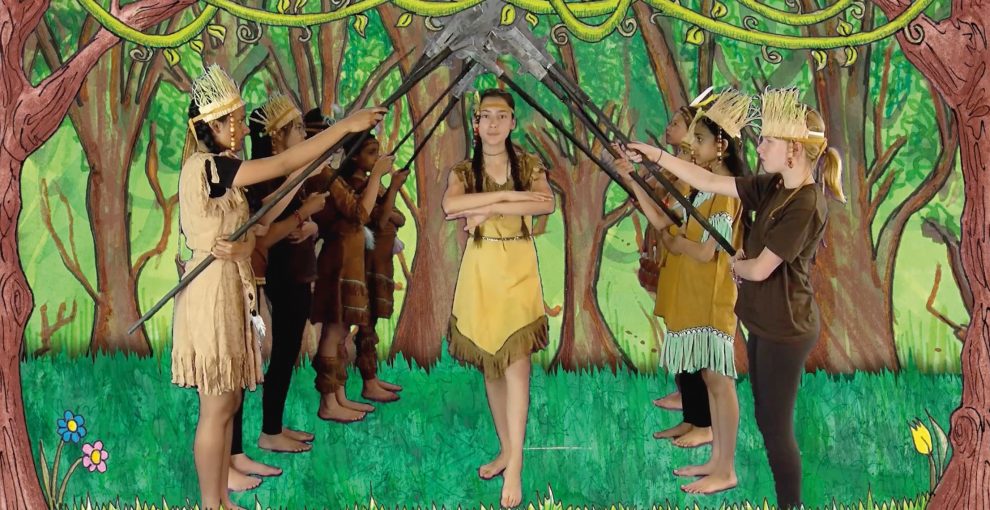 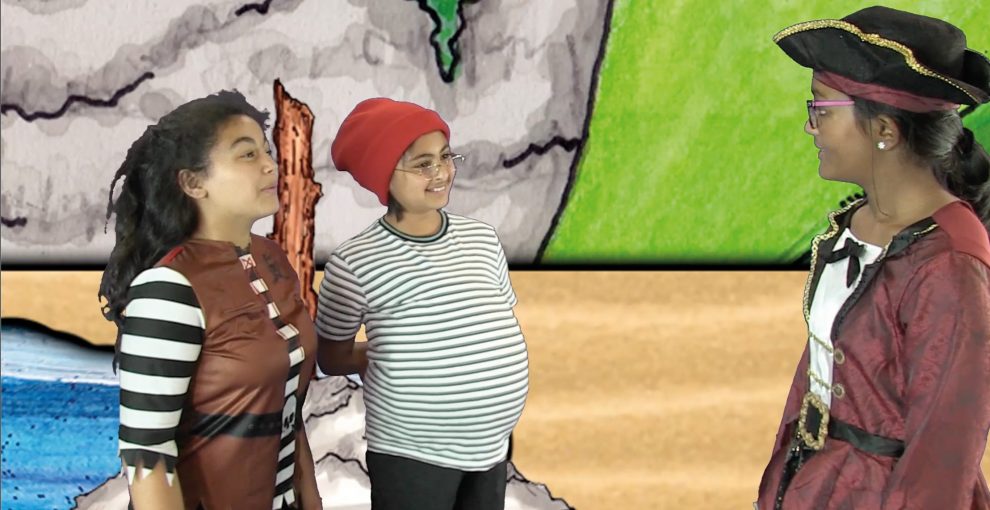 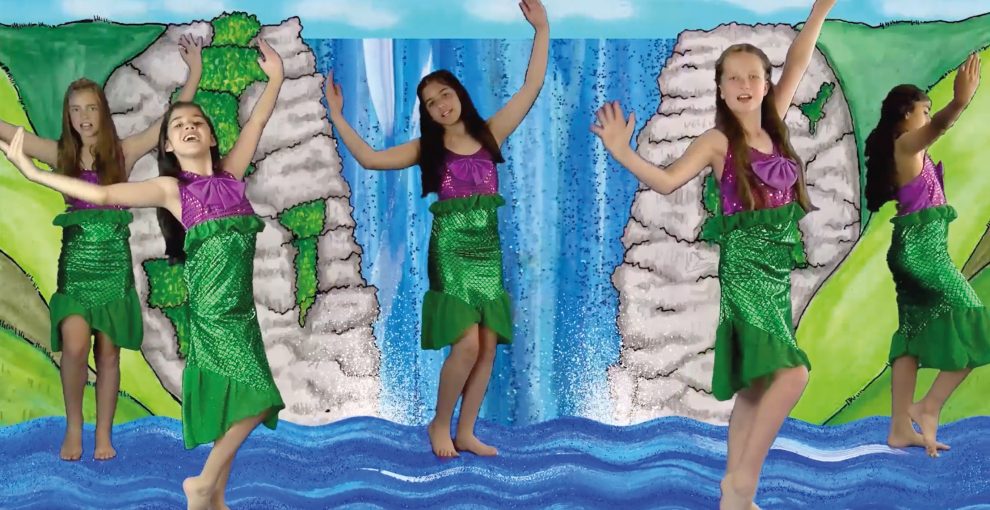 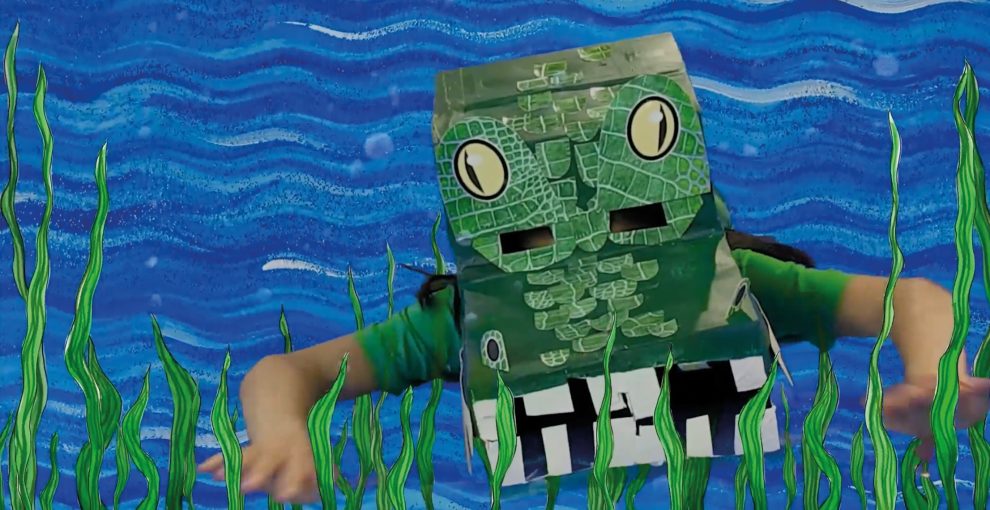 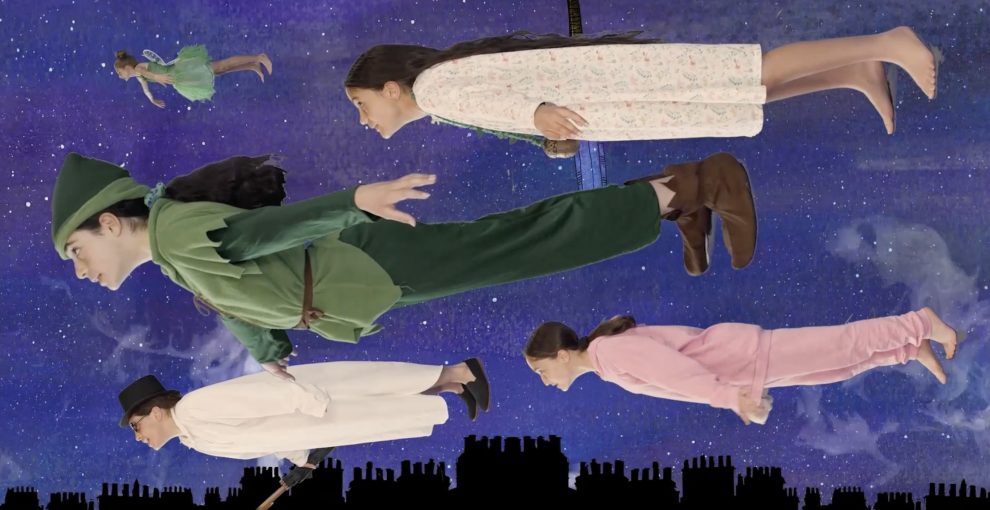 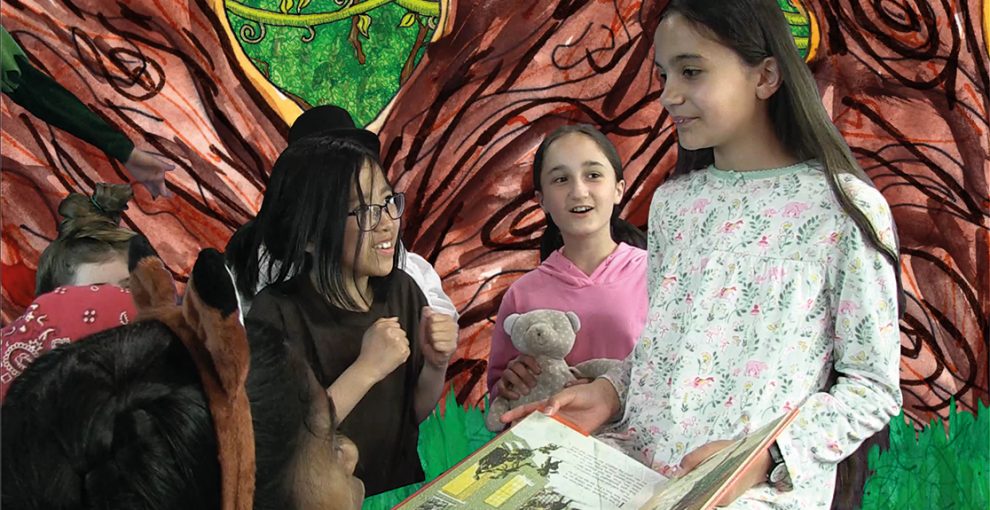 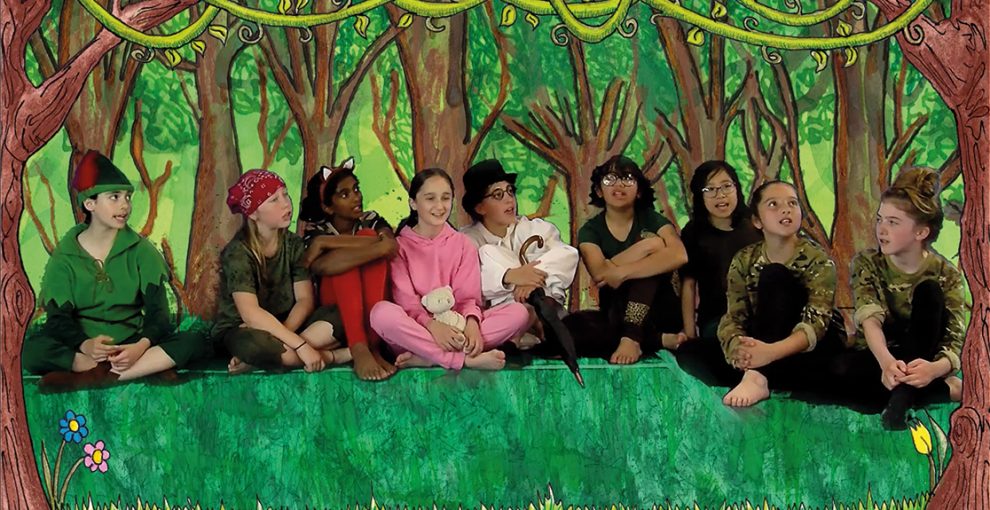 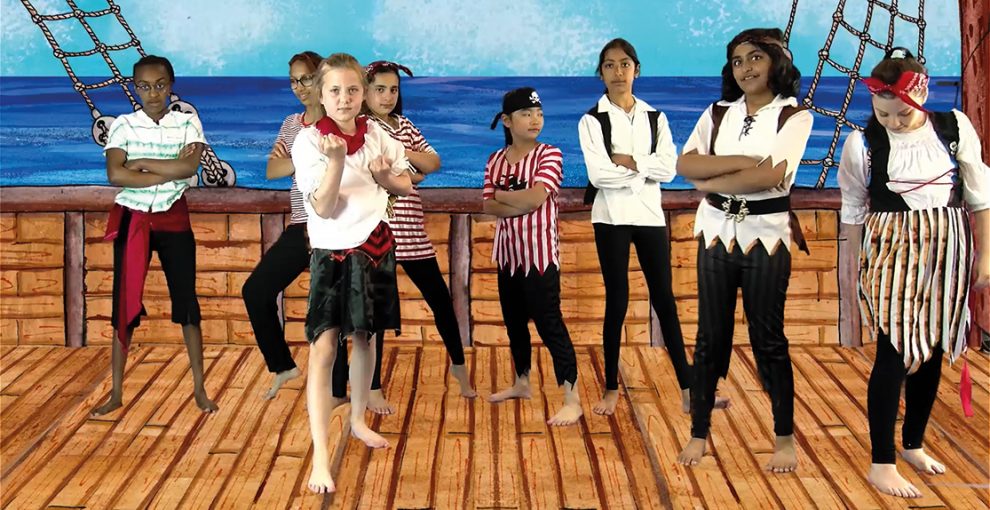 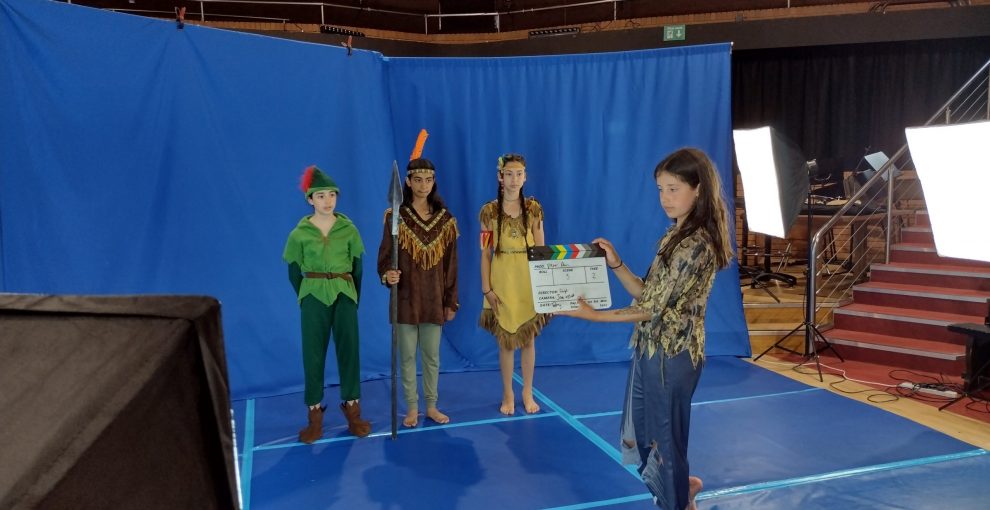 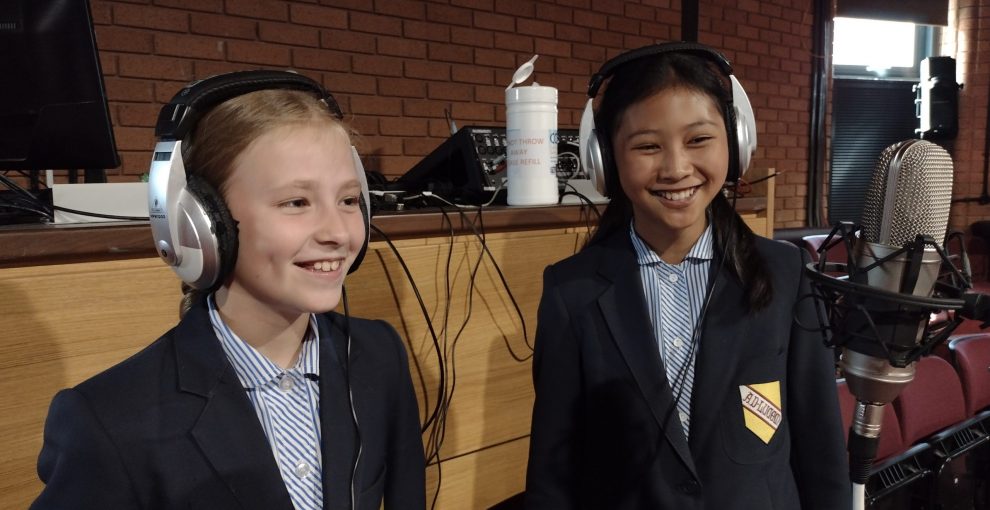 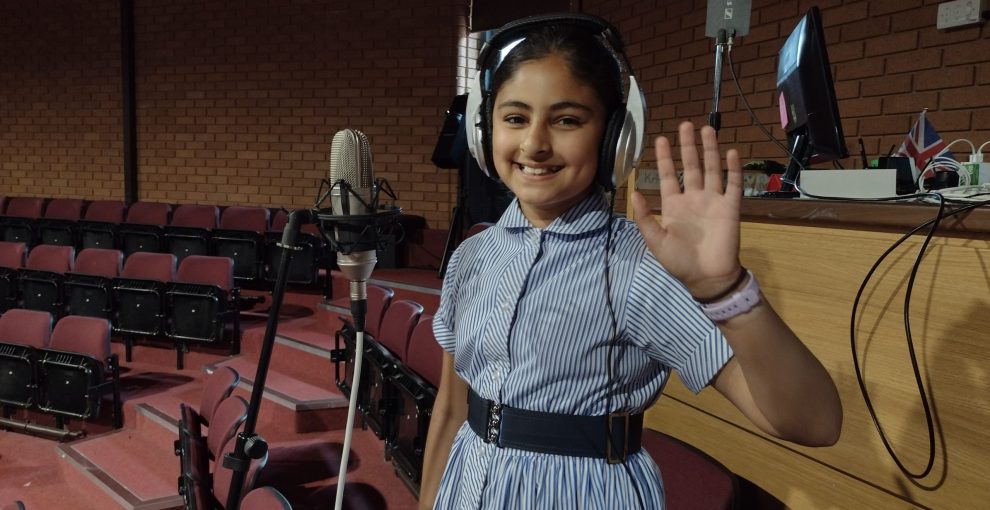 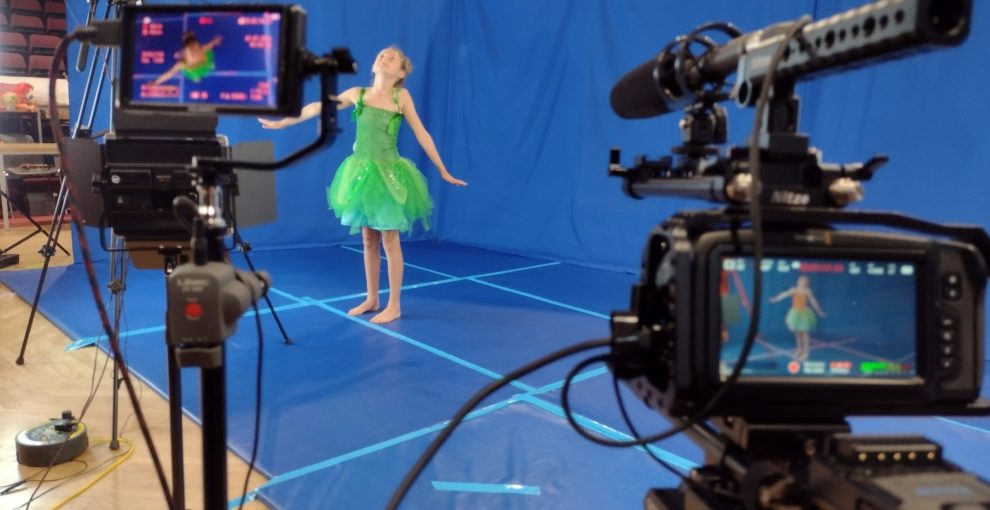 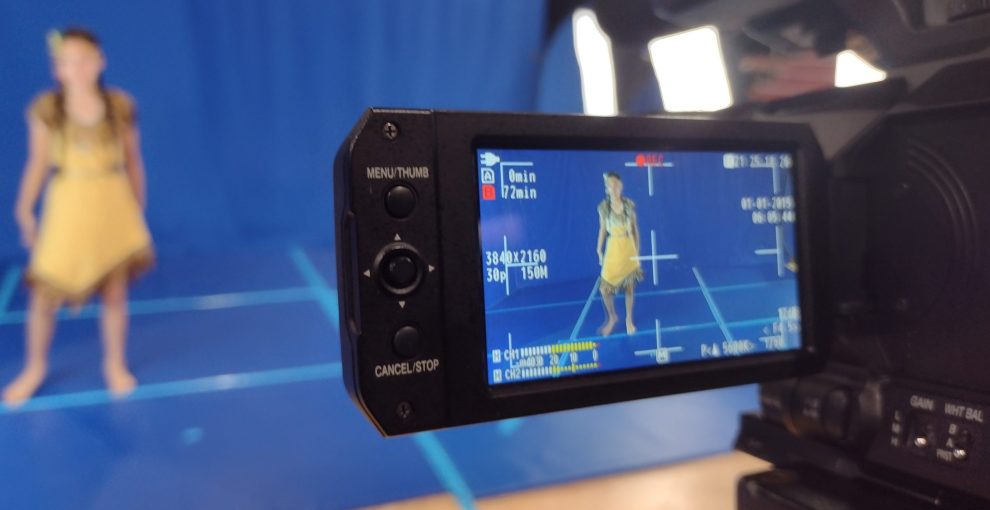 The collaborative effort spanned both Junior and Senior Schools with the Music Department at the helm and support provided from other areas, including DT pupils creating props such as swords, bows and arrows, and crocodile headwear. The show also features some special guests, including Junior School Head, Ms Howard.

Acting this out was no mean feat as they had to do so with no scenery but just a blue screen behind them. Upper II took this in their stride, as did all year groups. A ginormous thanks to all staff members involved, in particular the Music Department and our wonderful technicians, Mr Peterken and Mr Walsh who worked their Peter Pan-like magic, adding special effects galore to bring this wonderful production to life. The challenge this production brought with it and the success it has known truly showcases the very best of pupils and staff at Withington.