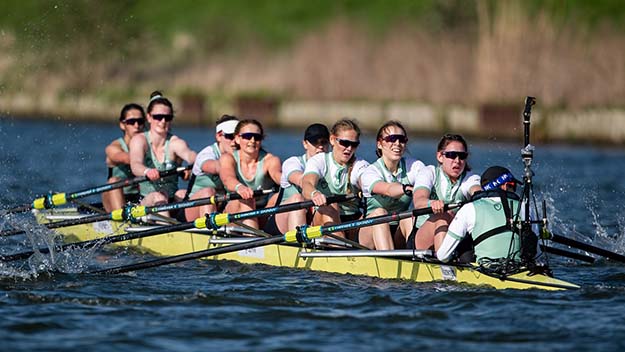 We were absolutely delighted that alumna Bronya Sykes (Class of 2018) was part of this year’s winning Cambridge eight in the Women’s University Boat Race. 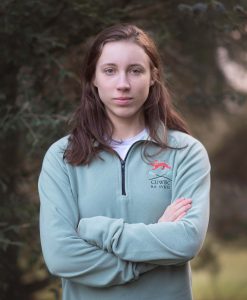 Bronya was originally selected for the 2020 race but unfortunately the race was cancelled due to the pandemic. She says she was ‘over the moon’ once it sunk in that she had been selected again and that this time she would actually get to race.

Training during the pandemic was also very different; with no water sessions possible due to lockdown, sessions on the rowing machine and bodyweight circuits increased, as well as working out together via Zoom. Fitting in training with studies could also have been a challenge but Bronya said she employs ‘extreme time management to get everything done’ and credits Withington for helping her to develop organisational skills!

Bronya started rowing at Trafford Rowing Club when she was 11, having been introduced to the sport by her father, who is also a rower. As a junior she competed both locally and nationally and only moved from scullying (two oars) to sweep (one oar) when she started at Cambridge.

“The staff at Withington were so supportive of my rowing.  I was allowed to use the rowing machines in the gym at lunchtimes. I was also really involved with the music department, who are amazing, and gave me so many opportunities to gain confidence in myself and my abilities. It is also nice to still be able to play as a break from rowing and studying. I was worried that Cambridge wouldn’t be my type of place and I wouldn’t have applied without the support from everyone at Withington. It’s incredible to be somewhere that allows me to not only row at this level, but also get a great academic experience.”

This year’s race took place on the Great Ouse at Ely, rather than the traditional course on the River Thames in London. Although this was home water for the Cambridge crews, everything was transformed for the event. On the day Bronya took part in the traditional team ‘walkout’ for television.

“I don’t think I’ve ever felt more like a celebrity than walking out with the music, lights and flames! We were very lucky to have such a sunny day with barely any wind! Despite us having a good start pretty early on in the race, Oxford moved up a few seats but when we were up just after the 3K mark I was feeling pretty good about it – we knew we had a good sprint finish if they started to creep back up on us. Crossing the line and realising we had just won the boat race was an absolute dream come true. I’d like to say thank you to everyone at Withington who send me encouraging messages – I really appreciated your support.”