A Night at the West End 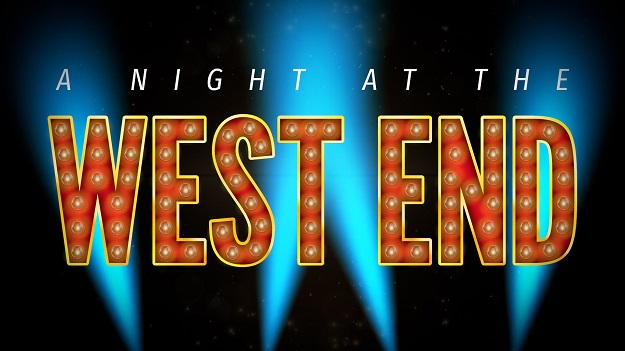 Our Music Department is very proud to present our Virtual ‘Night at the West End’!

The Covid19 pandemic has hit our theatre industry extremely hard, causing huge disappointment for both working theatre professionals and our nation’s regular theatregoers. With theatre practically disappearing overnight, we wanted to bring the joy and excitement of theatre directly back into family homes.

Our virtual production features many favourite musicals including:

Alongside our wonderful Withington musicians, we also have some very special guests featured…. a brass quartet direct from London’s West End!

Under normal circumstances, Adam Chatterton (the son of our Peripatetic Violin Tutor, Becca Thompson) would currently be playing lead Trumpet in the Orchestra pit of Mary Poppins at The Prince Edward Theatre in the West End. Alongside Adam we have three additional brass musicians, all regular players across multiple West End Productions, who have recorded themselves performing in our Virtual Concert. A wonderfully exciting addition for our aspiring Withington musicians!

Mrs Sargent began putting the concert together back in the January lockdown. We started with weekly ensemble rehearsals over Microsoft Teams, which, thanks to the enthusiasm and commitment of the students were extremely productive. The girls then recorded their individual performances at home by following technical advice from Mr Walsh. Upon our return to school, the girls were able to perform once again in their Year group bubbles enabling us to gather them together for some final recordings.

The audio tracks from all the recordings were then merged and edited together by Mr Walsh and combined with the technical wizardry of Mr Peterken’s visuals, Mrs Sargent has been able to coordinate an exciting evening of performances from our favourite West End Shows!

We hope you enjoy your Virtual ‘Night at the West End’!

Next month we will be sharing the performances with local Senior Citizens, who we hear are really excited, as part of our annual Citizenship Day. We look forward to sharing more on this soon. 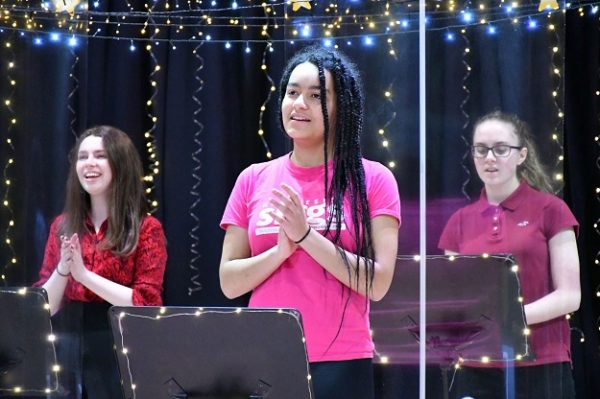 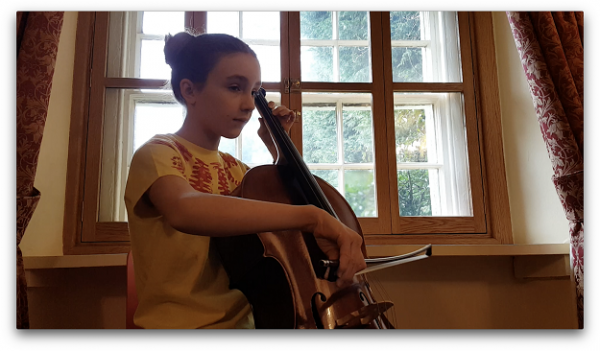 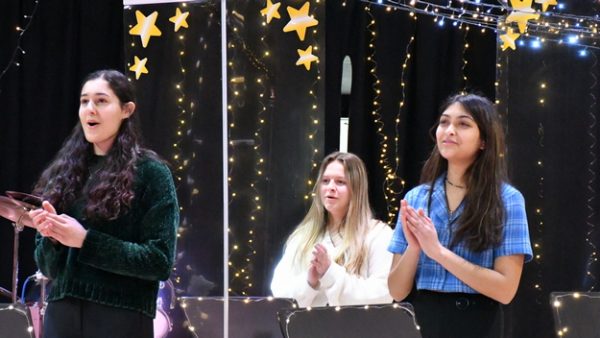 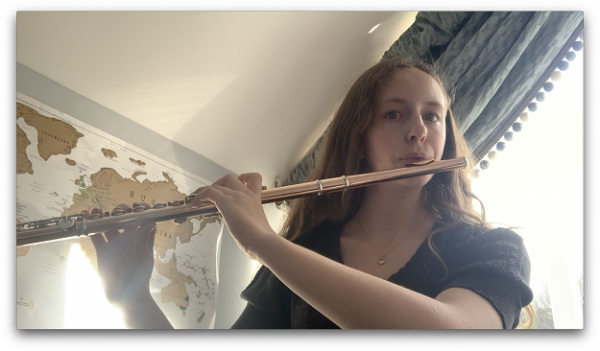 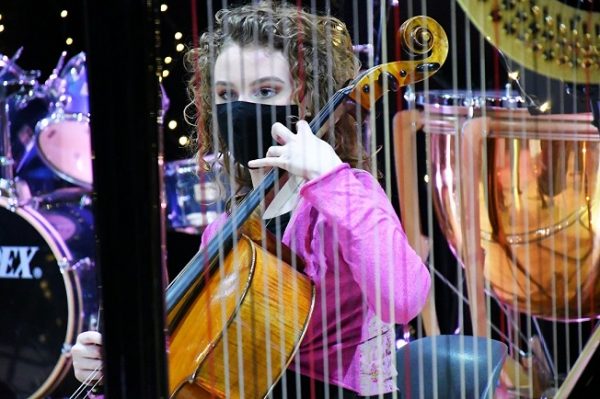 ‘Me & The Sky’ from Come from Away – David Hein & Irene Sankoff

Can you feel the love tonight – The Lion King – Music by Elton John, Lyrics by Tim Rice