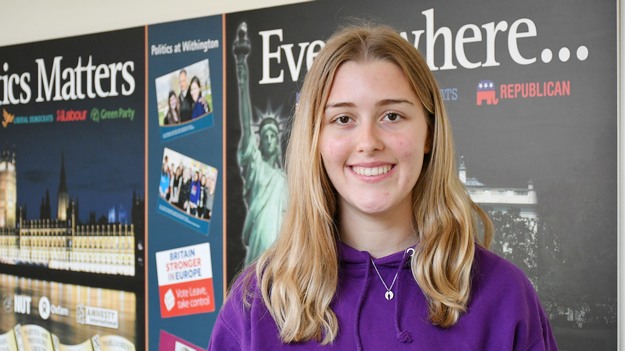 Congratulations to Year 13 student Emma who has been awarded the runner-up accolade in the Political Studies Association’s 2020 Student Blog Competition, which is run in partnership with the Financial Times and UK Parliament. Emma was one of 20 students nationally to make the shortlist and heard the news of her success this September.

Emma writes of her experience of political blog writing:

In May, I entered the Political Studies Association ‘Student Blog Competition’ in partnership with the Financial Times and UK Parliament. The task was to answer the question ‘Does the public expect too much of UK politicians’ in a political blog-style format.

As a prospective law student, I had considered the intrusion of law into the private sphere before and it was interesting to look at it politically. I was also keen to look at the different, or added, expectations placed on female politicians.

In July, I found out I had been shortlisted in the top 20 nationwide and that an awards ceremony was scheduled in the Houses of Parliament for September. Unfortunately, the ceremony could not take place due to restrictions on gatherings, but a virtual event included talks from the competition judges David Blunkett, Robert Halfon MP, and the Financial Times political editor George Parker.

Finally, the results came in and, along with one other, I was chosen as a runner-up. The question was a very interesting one to answer and it was really exciting to listen to and be recognised by such prominent political figures.

Link to the first part of this story and to the piece written by Emma for this competition.