Fifteenth Year of Harvest Gifts for the Booth Centre 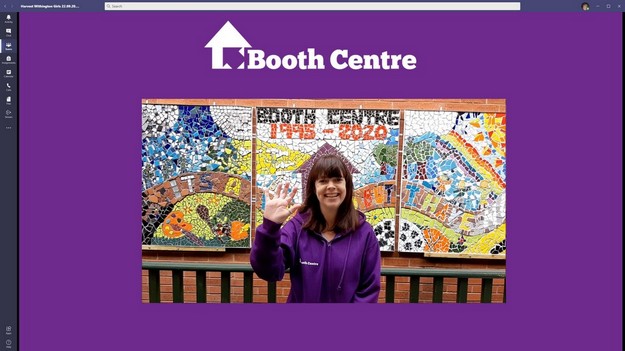 The School celebrated Harvest Festival 2020 in a virtual assembly today by giving to the Booth Centre, who are celebrating the 25th anniversary of their foundation this year. Food donated for Withington’s Senior School Harvest celebrations have been donated to the Booth Centre every year for the last 15 years.

Charlotte Vale from the Centre outlined the work that the Booth Centre did during lockdown and how they adapted to the new reality.  On 23rd March 2020 – PM Boris Johnson instructed the nation to stay home, but people who are rough sleeping can’t stay home; people living in shared accommodation or shelters can’t self-isolate or socially distance.​ A national effort called ‘Everyone In’ started, which involved hotels being used as accommodation for people who are homeless.​

Before lockdown over 150 people were sleeping rough on the streets of Manchester with hundreds more sharing rooms in temporary accommodation, sofa surfing or sleeping in shelters which could have 15 people in one room. Being two metres apart from each other was not possible.​ Almost 400 people who are homeless were accommodated in Manchester hotels under Everyone In during lockdown (figures across Greater Manchester are higher). ​ 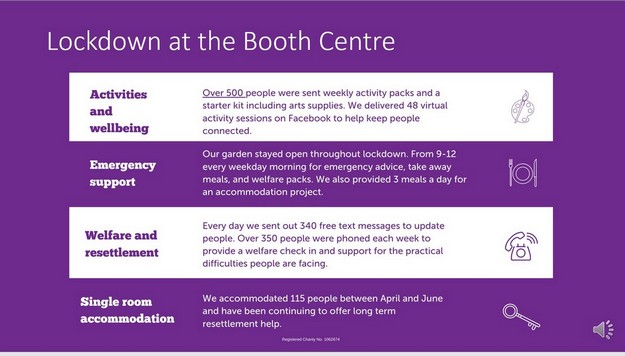 People housed under Everyone In received three healthy meals a day (these were provided by many different charities – the Booth Centre being just one) and were offered practical advice and support for their wellbeing via phone.​ Currently, around 30 people are now sleeping rough on the streets of Manchester – a massive improvement however this number is starting to rise again and the Booth Centre has set up a Covid-secure system to allow people to come in for food and a warm welcoming place to spend time, still offering activities such as gardening, Job Club, drama, creative writing and English as a Second Language.

Head of Religious Studies Miss Bruce said: “This is a time to appreciate all that we have and to try to share as much as we can with those who are not as fortunate as ourselves. The generous donations of goods, gratefully received by the Booth Centre, demonstrated this exactly, and I would take this opportunity to thank pupils, parents and staff who brought in items for this appeal.”