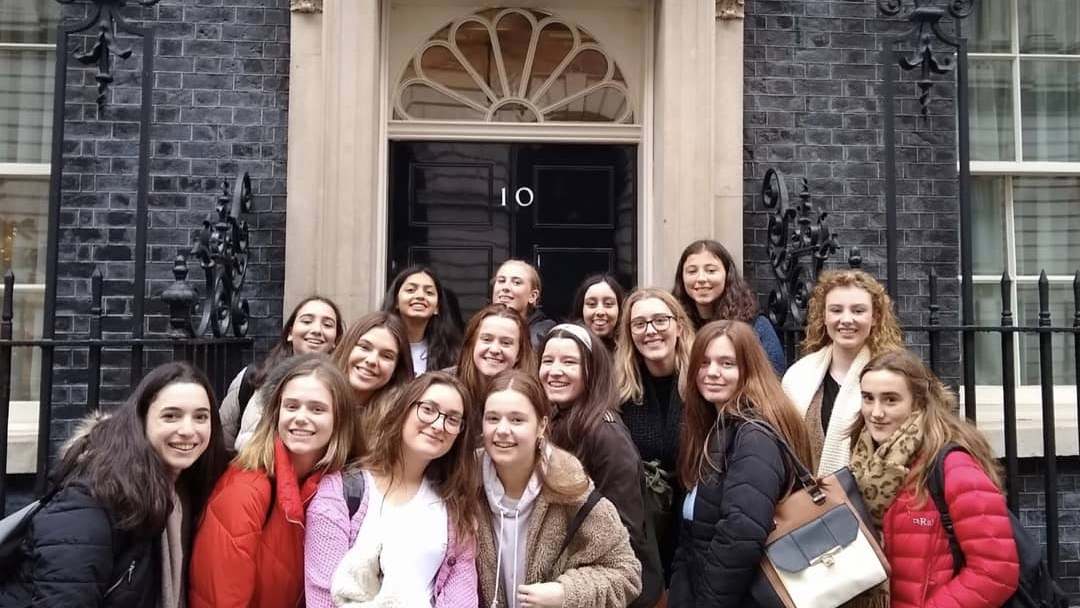 Year 12 Politics student Emma Wilson (pictured above, back row, 3rd from right on a visit to No 10 in December 2019) is one of 20 pupils to have been short-listed for the finals of the School Blog Competition 2020, a partnership between the Political Studies Association (PSA) and the Financial Times, supported by UK Parliament.

The competition aims to attract creative and forward-thinking ideas from 16-19 year olds to find the best political blog. Students from across the UK were invited to write 500-600 words on ‘Does the public expect too much of UK Politicians?’ Students are expected to demonstrate excellent writing skills, present a well-reasoned argument, individuality and where appropriate back up their arguments with relevant data and research.

The 20 short-listed articles will now be sent to the judging team – Michelle Doyle Wildman (CEO of the PSA), George Parker (Financial Times Political Editor) and a representative from the UK Parliament Education Team – who will choose a winner and two runners up.

Subject to the guidance on public gatherings at that time, the PSA hopes to host an Awards Ceremony in early September for the short-listed students and their guest, where the winners will be announced.

We wish Emma everything of the best in the competition with the following entry:

Does the public expect too much of UK Politicians? 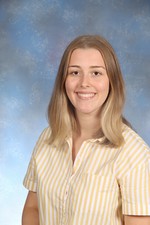 An increasingly adversarial political climate. An electorate conditioned by technology to expect immediate gratification. Increasingly complex political issues such as climate change. The combination is bound to disappoint, and it frequently does. Lord Sumption argues that the commonly misunderstood rule of law ‘does not mean that every human problem… calls for a legal solution’[1]. The same should be said for politics.

One only has to consider the length of the 2019 party manifestos to gauge the sheer volume of promises politicians make in an attempt to win votes. Then, one only has to read the news to understand how confident people are in the failure of the same politicians to deliver. The Labour Party alone promised an increase of £80 billion in spending per day in 2019[2] and why? Because its supporters expected them to end austerity, increase the minimum wage, cut university tuition, scrap universal credit… the list goes on. Impossible expectations lead to promises that are impossible to deliver.

As a collective, we seem to have gradually given politics a disproportionate amount of responsibility. Considering that we only vote for one politician approximately every five years and it’s more likely than not that you did not vote for the party in power, why do we blame them for every failure in society? By the same logic, why do we not vilify business giants polluting the planet, employers paying their employees pitiful wages or wealthy individuals evading tax? The answer is because politicians are the easy target. There is no quick, simple solution to tax evasion and in fact, no quick, simple solution for most problems in society. So, we instinctively transfer our rage onto politics.

That leads to one of the flaws in any democracy… as long as people vote for their politicians, politicians will over-simplify to win votes. This ‘temptation to embrace simple solutions’[3] can often be destructive. The Brexit referendum condensed 43 years of membership, a complex discussion of trade, rights and law and a lengthy negotiation process into the simplest of questions – ‘in’ or ‘out’. This is arguably what led to the disastrous aftermath and years of trying to decide what ‘out’ actually meant. It is because the public expect so much of UK politicians, that they are forced to over-simplify matters and over-promise in order to win votes.

These demanding expectations increase even further when the politician in question is female. Female politicians carry their own stereotype – their own unique subtype of women perceived as lacking leadership and competence[4]. It seems that female politicians receive added criticism – when asked to comment on Theresa May’s resignation, an MP said that ‘the Dancing Queen has met her Waterloo’[5]. Contrastingly, David Cameron’s resignation was labelled as ‘decent’ and ‘honourable’ by MPs[6]. This comparison is not concrete evidence but indicates the heightened pressure that some politicians are under due to their gender. So, we must expect less of all politicians but as a starting point, we must expect the same of all politicians.

We cannot expect a handful of men and women to fix the world’s problems, we must do it ourselves.

[5] Stern, Stefan. 2019. “Like many women before her, Theresa May was set up to fail” The Guardian. Available at: https://www.theguardian.com/commentisfree/2019/may/25/women-theresa-may-set-up-to-fail

[6] Morgan, Tom. 2016. “David Cameron resignation reaction: ‘one of the most extraordinary politicians of our age’ says Boris Johnson” The Telegraph. Available at: https://www.telegraph.co.uk/news/2016/06/24/cameron-resignation-reaction-he-did-the-honourable-thing/