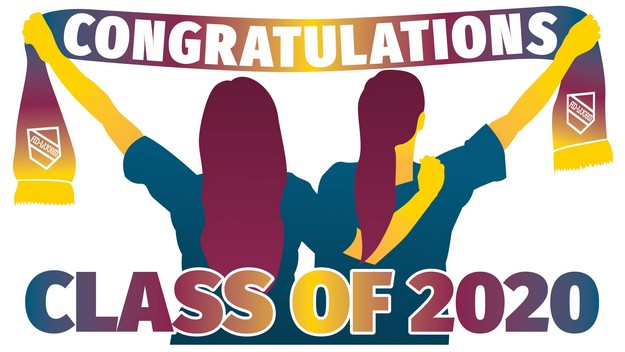 Withington Girls’ School Headmistress, Sarah Haslam, has paid tribute to this year’s Upper Sixth students, who were not able to gather at School to collect their exam results in the usual way on 13th August 2020. Instead of opening their results to smiles and hugs from family and friends in the Sixth Form Common Room as is WGS tradition, the 81-strong cohort accessed the outcome of their studies online.

With a highly creditable set of results, the majority of this year’s Withington leavers can now put the uncertainty of recent months behind them as many prepare to head off to their chosen university.

Mrs Haslam observed that two years ago, these students were anxiously awaiting the outcome of their GCSEs following the introduction of the new numerical grading system that sought to provide greater differentiation among those students who in past years would have achieved an A*. “Uncertainty about progression to our Sixth Form was not the issue causing anxiety – as with all our Year 11 pupils, a place in Year 12 at Withington was there for them to take up if they chose, and the vast majority did. Media reports, however, were predicting far fewer top grades and the girls had been prepared not to expect to achieve the elite Grade 9.

“On GCSE Results Day in 2018, however, we found ourselves celebrating with them as 46.3% of their results were achieved at Grade 9 and 73% at Grade 8 or 9. They had, without doubt, proved their academic credentials.” 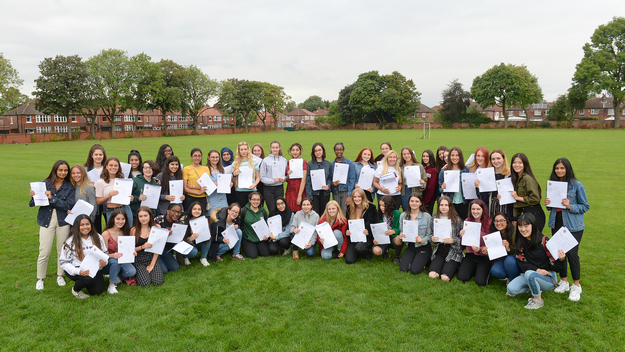 So, joined by a handful of outstanding students from other schools, our Class of 2020 embarked on their A Level studies, unaware that a global pandemic would disrupt all that they had spent a year and a half working towards.

“There is such uncertainty and controversy surrounding the results of public examinations this year, that looking at their results in the national context or even compared to our results in previous years is impossible. Instead we have chosen to focus on what we do know about this group of remarkable young women,” said Mrs Haslam, adding that, in these unsettling times, it is their future that matters most.

“We are delighted to see our girls going on to study at some of this country’s finest universities, pursuing a wide range of subjects, from Engineering, Fine Art, Law, Computer Science and Dentistry to English Literature, Geography, Sport Rehabilitation and Medicine,” said Mrs Haslam.

Five girls have confirmed their conditional offers to study their chosen Oxbridge courses – Diya Salahudin and Jessica James (both will study Medicine at Cambridge), Marialena Iacovides (Natural Sciences at Cambridge), Sana Khalil (Physics at Oxford) and Aisha Bashir (Experimental Psychology at Oxford). Ella Myers, a 2019 leaver, will start a course of study in History at Oxford.

Mrs Haslam highlighted that a number of students in this year’s Upper Sixth have been busy with community-focused endeavours during the lockdown, including the whole outgoing Head Girl team: “Our Deputy Head Girls – Miranda Bate, Shamae Griffin and Maisie King – launched an Instagram-based home learning platform with some of their friends from The Manchester Grammar School and Manchester High School for Girls, aimed at Key Stage 3 pupils during the lockdown, while our Head Girl, Kea Bell, has been raising funds for two women’s charities as part of her role as a Miss Cheshire finalist.”

The Class of 2020 has also taken full advantage of the extensive range of enrichment opportunities open to them at Withington, including music, drama, sport, maths, linguistics and science olympiads, the Duke of Edinburgh’s Award and the Young Enterprise Scheme, Model United Nations, debating and Robotics Clubs, to name but a few. They have worked as voluntary assistants in local primary schools, a centre for severely disabled children, residential homes, hospices and hospitals. Many of these girls have engaged in voluntary projects in The Gambia, Uganda and Kenya. During their time at Withington many of them have been on trips including a sports tour to the USA, MUN in the Washington DC, history trips to Russia and China, and language trips to France, Spain, Italy and Greece.

Head of Sixth Form at WGS, Elizabeth Robinson, also paid tribute to the Upper Sixth: “Class of 2020 should be very proud of themselves for the way they have coped under these difficult circumstances. I have thoroughly enjoyed working with them as Head of Sixth Form and I’m confident that they will go on to be highly successful in the future.”

Mrs Haslam continued: “When the 2020 public exams were cancelled, our attention turned to supporting our girls, offering them university bridging courses to help them prepare for their next steps, and doing everything possible to ensure they continued to feel connected to the Withington community. I would like to say a heartfelt thank you to the team of staff who have supported this group of girls every step of the way, academically, pastorally and with their university applications.

“For us it was always about the outcome for our students; about making sure they are able to take their next steps regardless of this situation over which they and their fellow Year 13 students across the country have had no control whatsoever. In the months ahead, we will continue to offer guidance and support for those girls who are considering their options.”

There are few things more important than choosing the right school for your child. The special atmosphere at Withington Girls’ School encourages and extends each girl not just academically but in every area of her life. We invite you to come and visit us and see for yourself all that Withington has to offer…  Read more