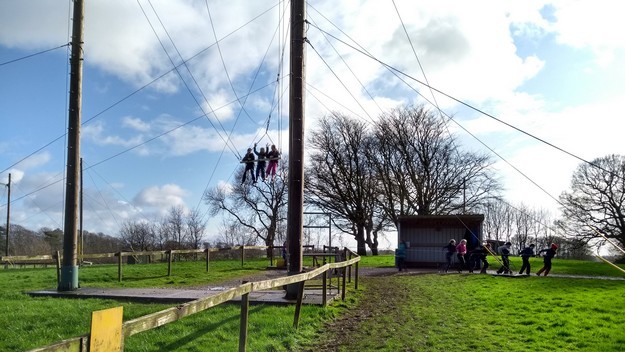 From the 19th to 21st February, Year 6 went on their annual visit to Winmarleigh Hall, PGL’s multi-activity centre in the beautiful Forest of Bowland.

Still enjoying her happy memories of the trip, Harmony C has written a lovely retrospective memoir of the trip! Harmony will be progressing to Withington’s Year 7 in September 2020.

In February 2020, I went on an amazing residential to Winmarleigh. I had so much fun with my friends and we got really muddy! It was the best residential I had ever been on and I had such an awesome experience! 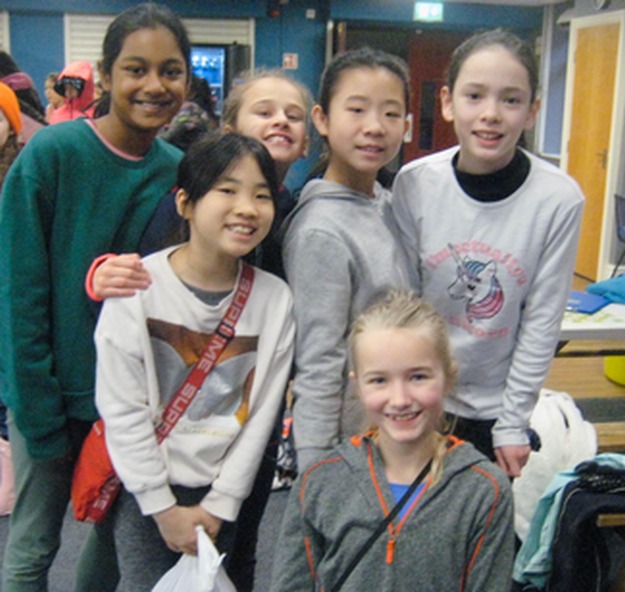 When we all saw the sign for Winmarleigh, we shrieked with excitement! Then, we got off the bus and collected our luggage, all smiling with joy.

We all sat down in a miniature hall that they had in our dorm building. It felt like we had waited a long time to be told who would be in our dorms, and as soon as Mr Lazenby began reading the names out, we hung onto his every word, hoping that we would be with our friends. I crossed my fingers. I smiled. I had a great dorm!

On our first day we did the Challenge Course and High Ropes. On Challenge Course we had to do things that were easy, then make the task harder. Stepping stones became a tricky team challenge and the floor became lava! We had to go under a plank which was about a foot and a half above the ground and we had to go through The Pasta Roller! This was many tyres held up and down and you had to go in between. I found it scary, but I did it. Next was High Ropes. You had to walk on a wooden beam when you were 10m high in the air. We put on our harnesses and I went first. I loved it and being so high felt exhilarating. It was fun when we got to jump down and the harness would lower you down slowly.

After tea we had an indoor campfire (it was raining outside) and we played lots of fun games. Then it was bedtime.

The next day we had Giant Swing, Zip-wire, Fencing and Problem Solving. I found fencing interesting but I wasn’t very good at it. We had to wear these fencing shirts and funny helmets which were hard to see through. My partner was much better at it than me. Problem-solving was not what we thought it was, for it was quite similar to Challenge Course. We had to figure out the outdoor tangrams and find a way for all of us to make it across the space with limited planks. It was like a real-life maths problem!

Zip-wire was really fun and not as scary as we thought it would be. It was incredibly high and went super fast. Being on the Zip-wire felt oddly relaxing and it felt amazing to have the wind blowing through your hair. Then, we had the Giant Swing. Three of us got onto the seat and were harnessed in. We just got pulled higher and higher until we were almost horizontal to the ground. Then, we had to pull a cord that would send us down. I pulled the cord and there was a split second delay which was absolutely terrifying. Then, we went hurtling down. We were all screaming with fear and excitement. The instructor asked us if we wanted to go to the top again and we all said yes. Once again, we went hurtling down, all screaming, this time not because of fright but of joy.

After dinner, we had the disco where we just got to chill, dance and eat sweets (I did quite a bit of the last one). We listened to the music and everyone danced to the YMCA song. Then it was bedtime.

The next day we had Sensory Trail and Archery. The sensory trail was where we were blindfolded and we followed a string which would take us on a walk. We all thought we had walked for miles but we had only stumbled for about 100m. It was just a tricky trail going through many tyres and trees! Archery was fun and I hit the bullseye!

After archery, we had lunch and sadly, it was time to go. We all got onto the bus and left, bringing back many happy memories. 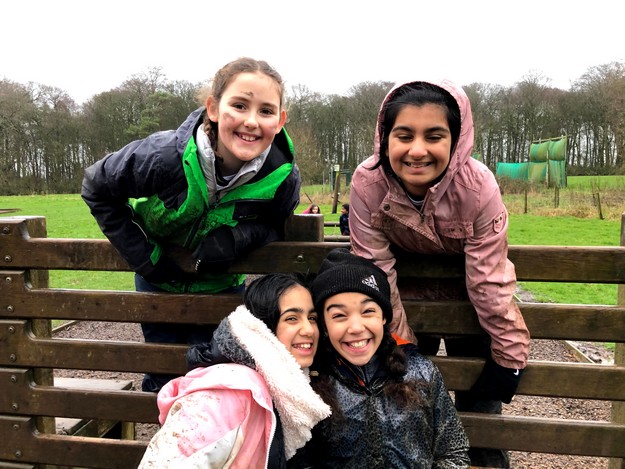 Over three somewhat cold and wet days the girls fully immersed themselves in a multitude of challenging activities including giant swing, archery, (indoor) campfire and, of course, the traditional final night disco. It has to be admitted that the weather was awful but it was also overwhelming to continually hear from the staff on-site as to how impressed they were with the positive way that our girls dealt with the rain. 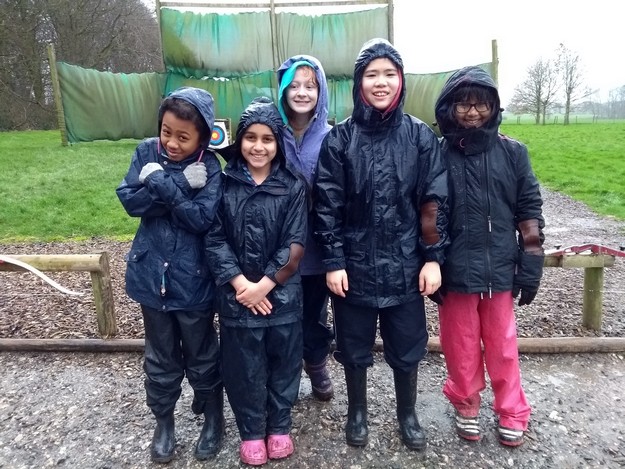 Watching one group singing and dancing while waiting to go on the zip-wire was particularly notable! This fabulous attitude meant that, despite the elements, the girls still had a fantastic time and were sad to go home, if relieved to finally have some dry clothes! Many thanks to all the staff who supported the trip. 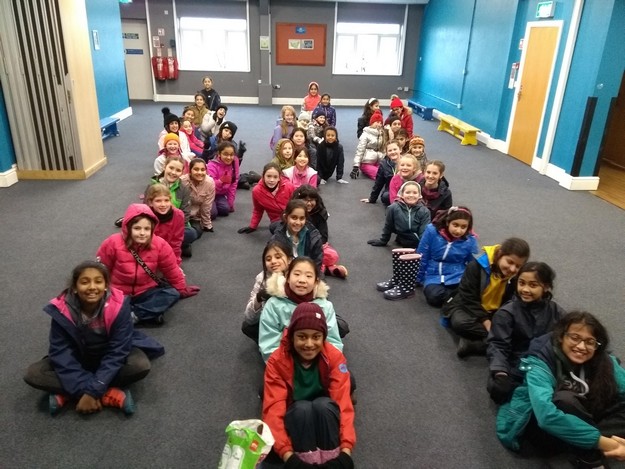 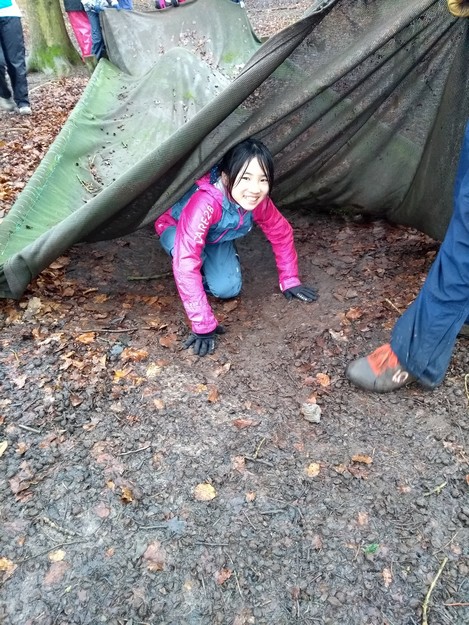 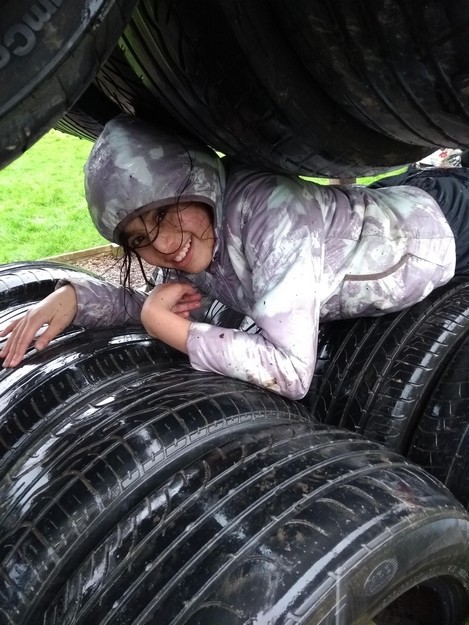 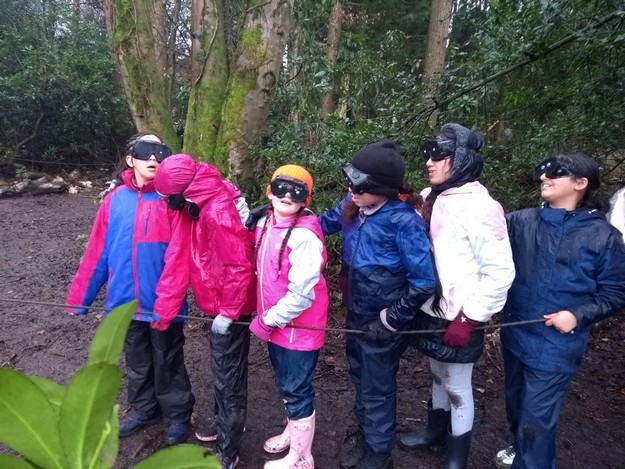 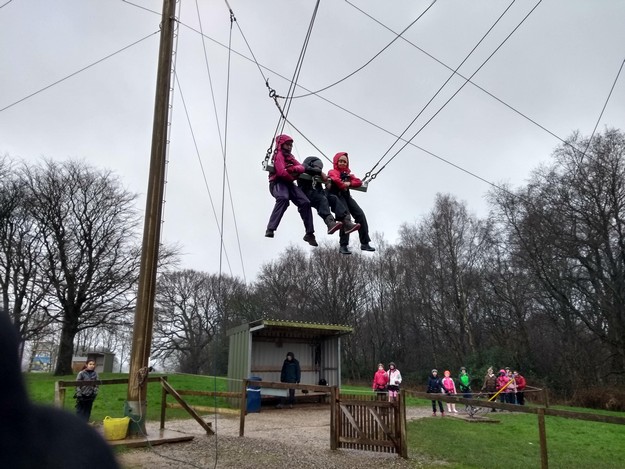 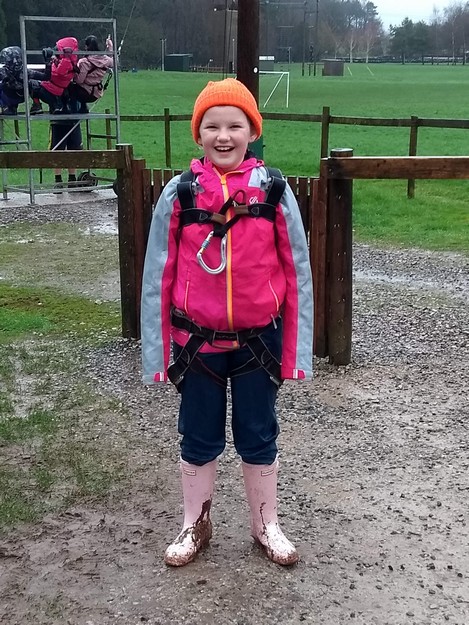 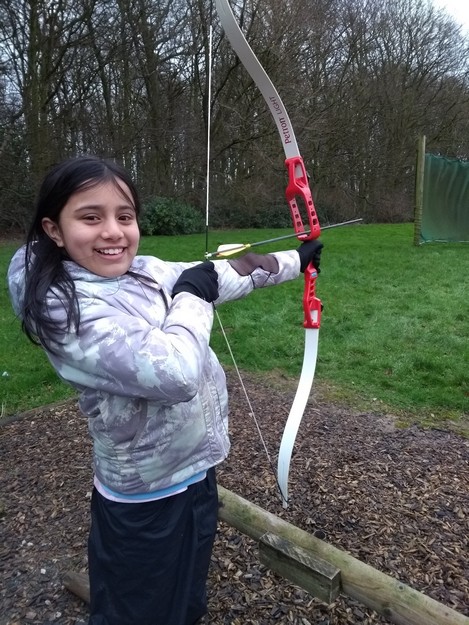 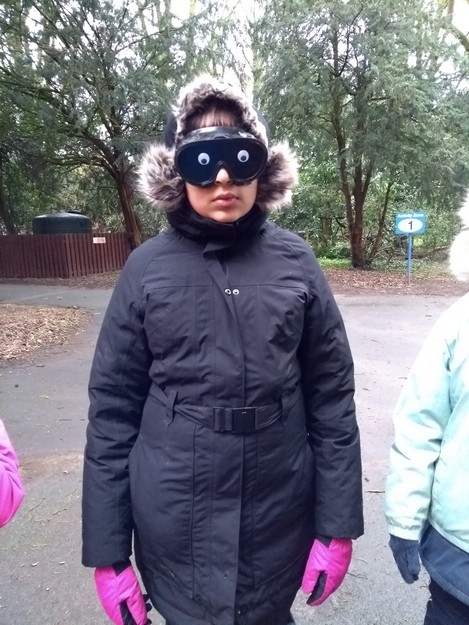 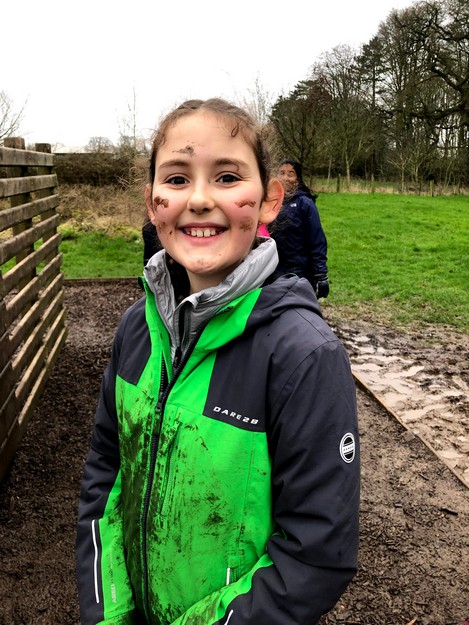 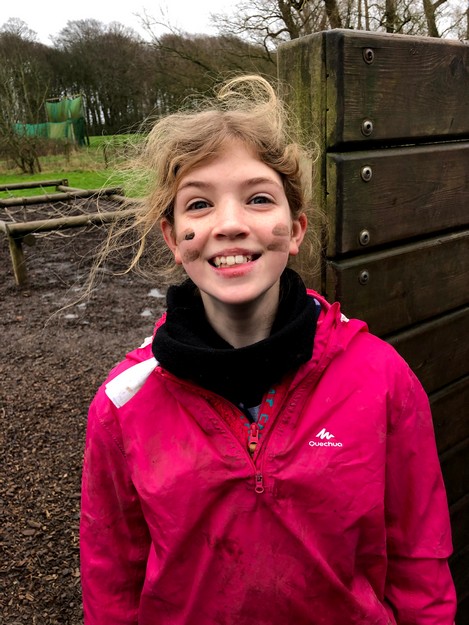 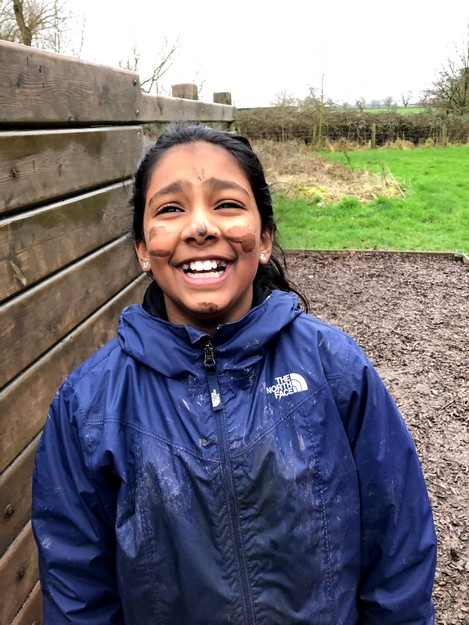