Half Term Trip to Heidelberg 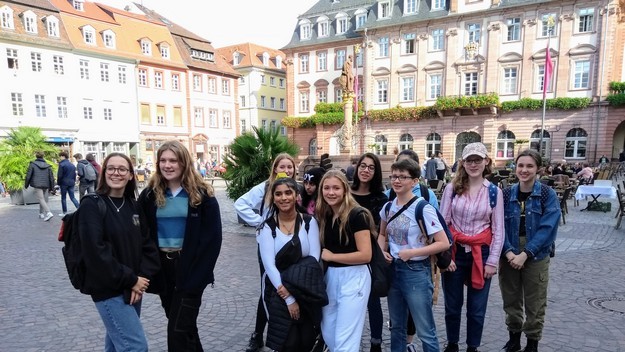 Imagine time passing agonisingly slowly: you find yourself in solitary confinement in a fusty cell with bars on the windows; your only entertainment is the colourful graffiti and wall-scrawl left behind by previous inmates, and a writing desk and pen and paper are your only solace. Fortunately, this is a description of Heidelberg’s historical Student Prison, and not of the language school where eleven Withington Germanists from Year 11 spent three hours every morning brushing up on their GCSE German grammar and conversation. 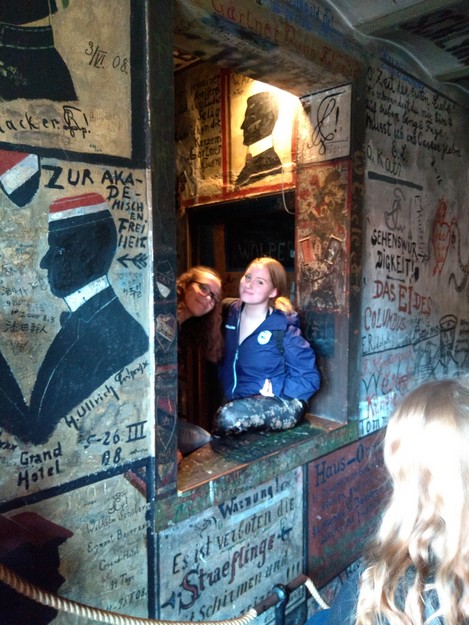 The visit to the student prison (populated in the nineteenth and early twentieth centuries by local undergraduates, guilty of such misdemeanours as stealing pigs and rowdy partying) was just one of many highlights of our five-day half-term visit to the picturesque southern-German university town. We also found ample time to explore the Altstadt (Old Town), where we got to practise our German in its numerous charming shops and cafés. We marvelled at unusual and beautiful stained glass windows portraying scientific discoveries in the Evangelische Kirche, and some of the braver members of the party sampled the local delicacy of lentil broth, dumplings and sausage in a restaurant named after Franciscan monks. 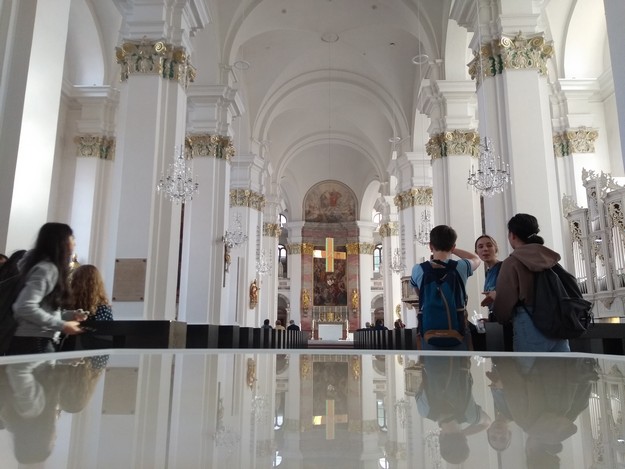 Our own accommodation was significantly more comfortable than the aforementioned Student Prison, but just as unique: the Jugendherberge (youth hostel) which was our temporary home was situated right on the edge of Heidelberg Zoo, and some of us could hear lions roaring during the night. 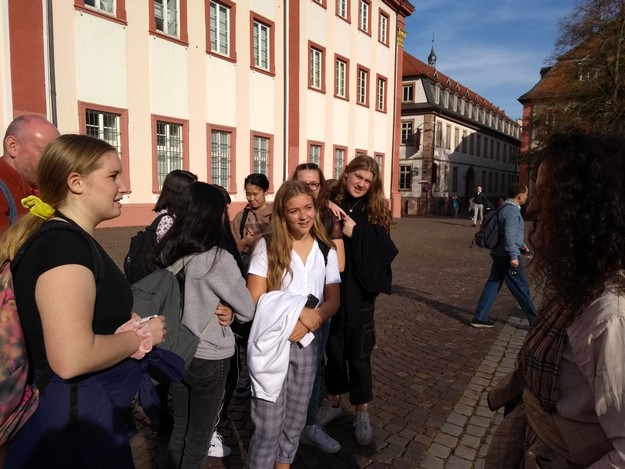 Heidelberg proved to be the perfect place to experience the season: in the golden afternoon light of our ‘four castles’ boat cruise down the River Neckar, with its picture-postcard villages and heavily wooded banks, we were treated to a breathtakingly varied tapestry of trees in their autumn leaves which would rival any firework display for its awe-inspiring flashes of colour. 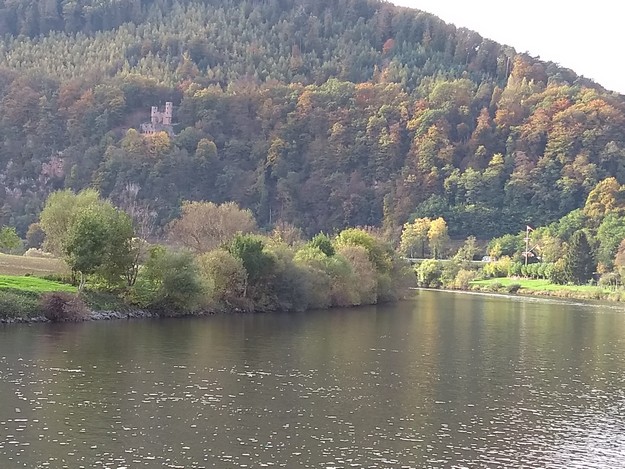 Two singers filming a Christmas video helped to put the ‘fun’ into ‘funicular railway’ when they serenaded us with Wham! in a German accent as we took the sloping train up what looked like an impossibly steep gradient to the top of the hill overlooking the city, where we also had the opportunity to explore the impressive castle with its unique Pharmacy Museum. 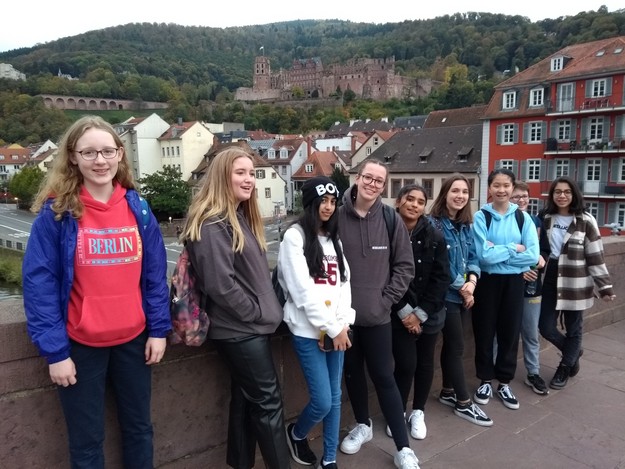 Heidelberg left us charmed and intrigued and I am sure that the students would join me in expressing many thanks to Frau Siddons, who masterminded our visit and put the itinerary together. 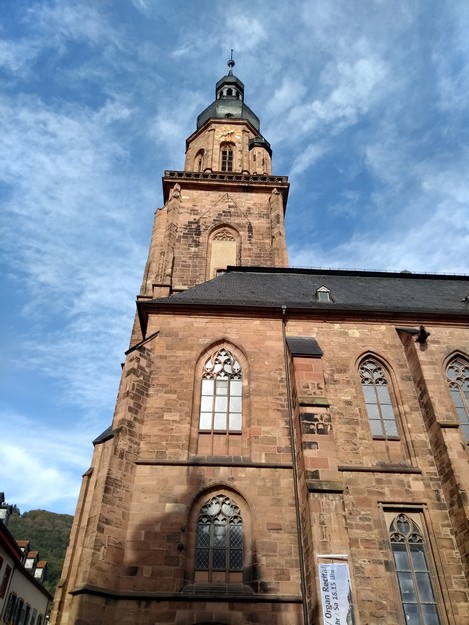 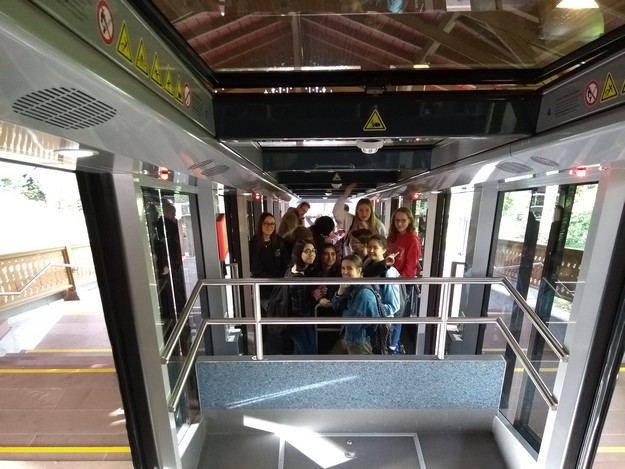 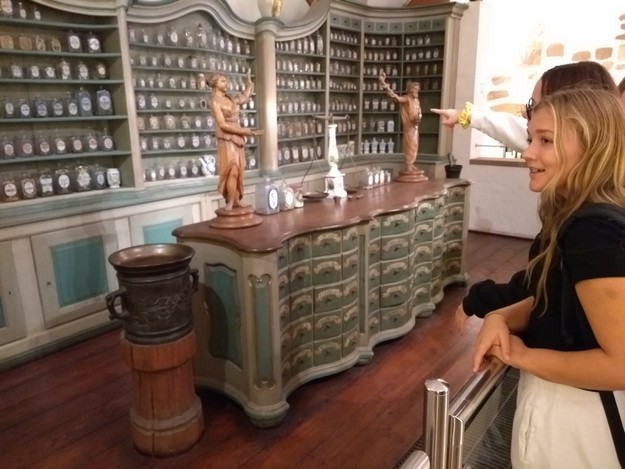 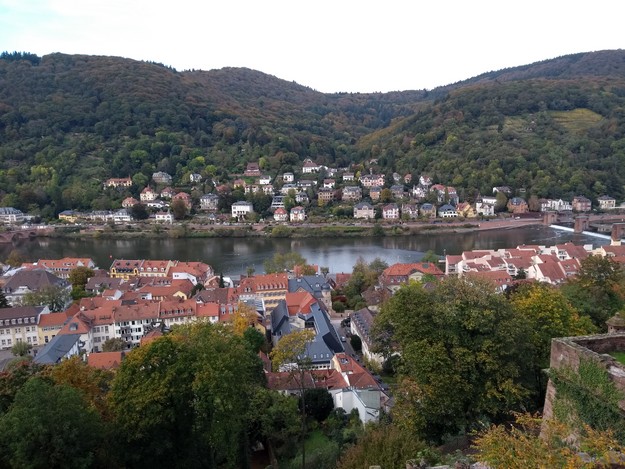 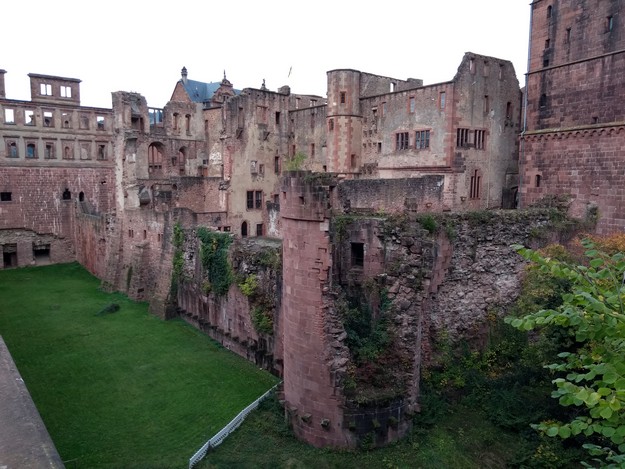 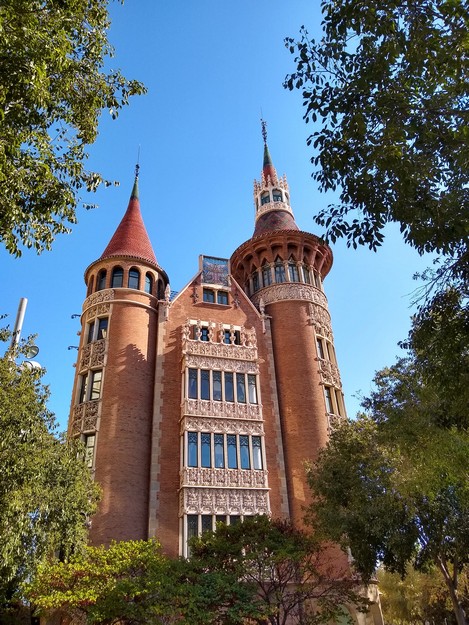 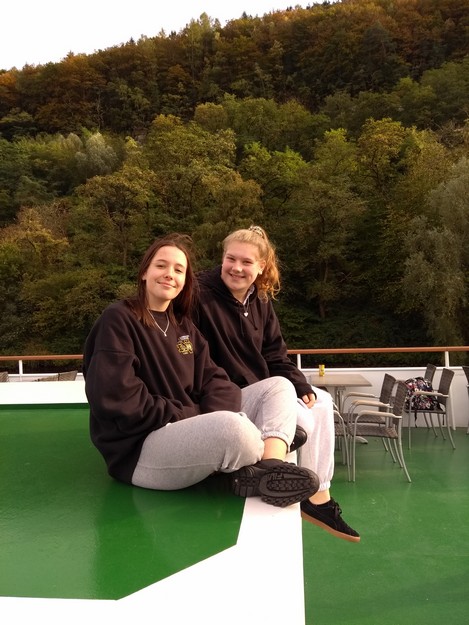 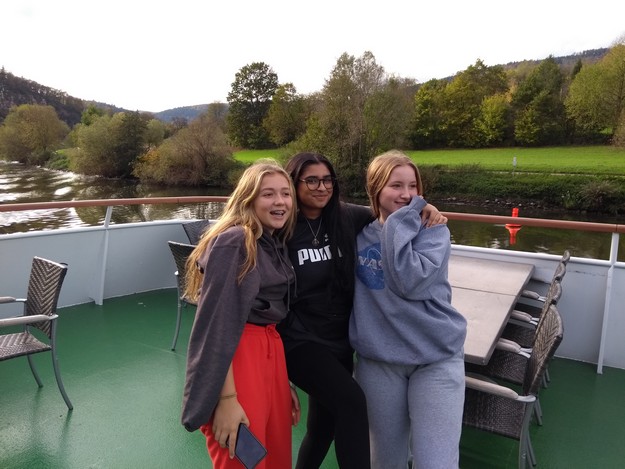 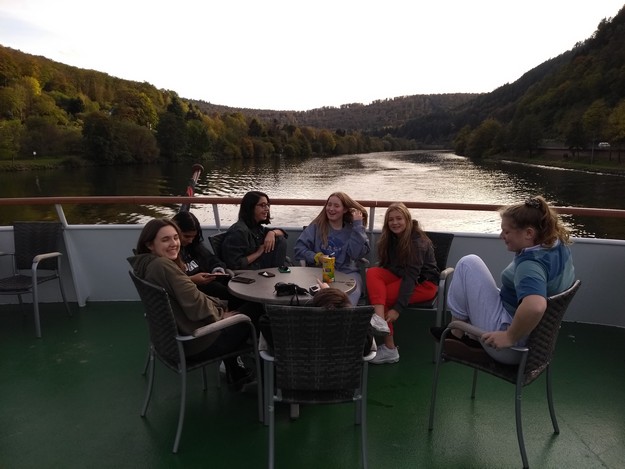 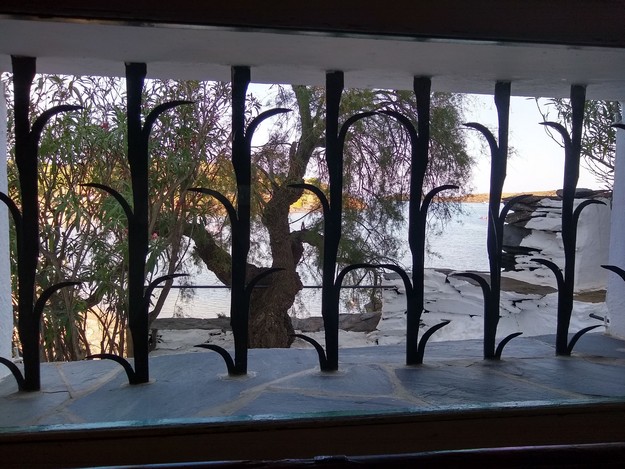 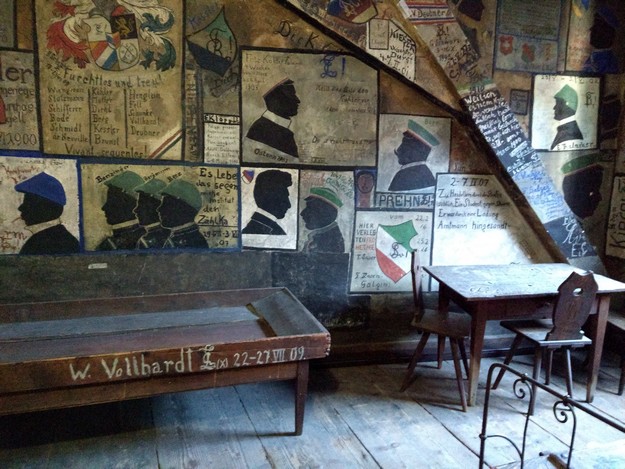 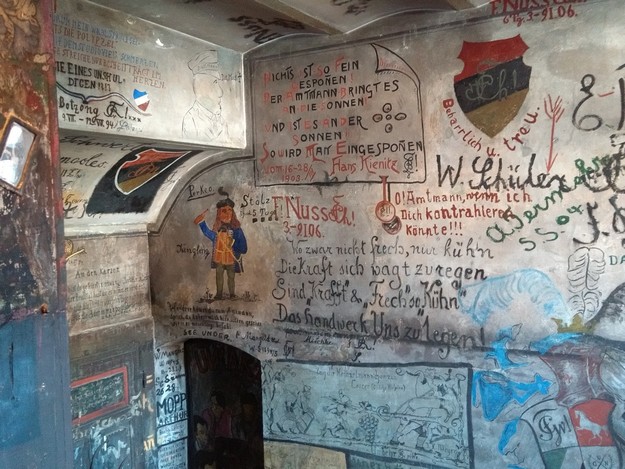 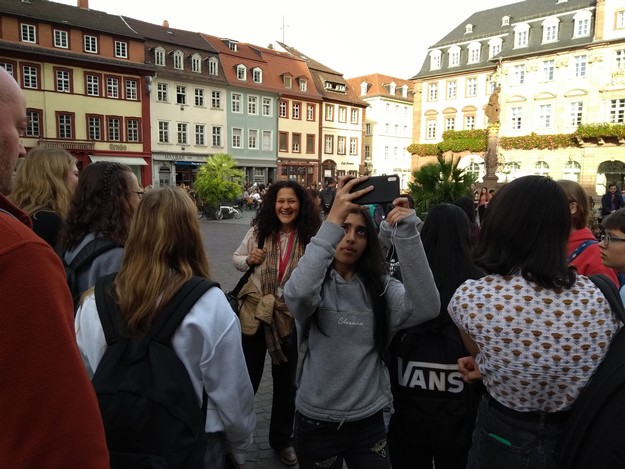