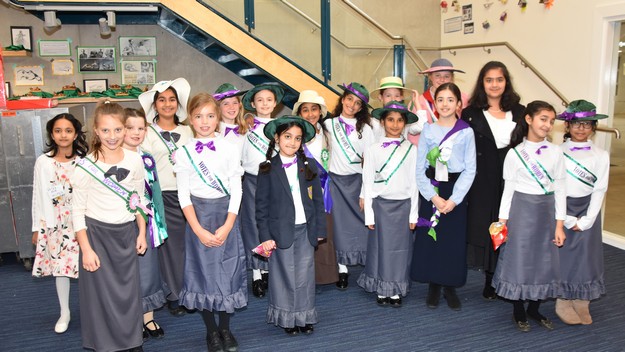 This week has been History Week in the Junior School but it also appropriately combined with other events – World Book Day and International Women’s Day.

We began the week with an assembly presentation from Withington alumna, Debbie Griffiths [1975 leaver], who gave us insight into life as a pupil at Withington over 40 years ago. Entitled ‘Change and Continuity’, Debbie spoke about WGS uniforms, food, subjects and classrooms in the 1970s. 1977’s head girl was there in the person of current Head of Juniors Mrs Burrows, who modelled the 70s uniform for the girls! The Juniors were very excited to see old photos from Debbie’s time, amazed at the hair styles and uniforms. They were also surprised to hear that Debbie was allowed to go to School in her knee-high suede platform boots! Debbie also brought in some of her sister’s exercise books from the same decade. 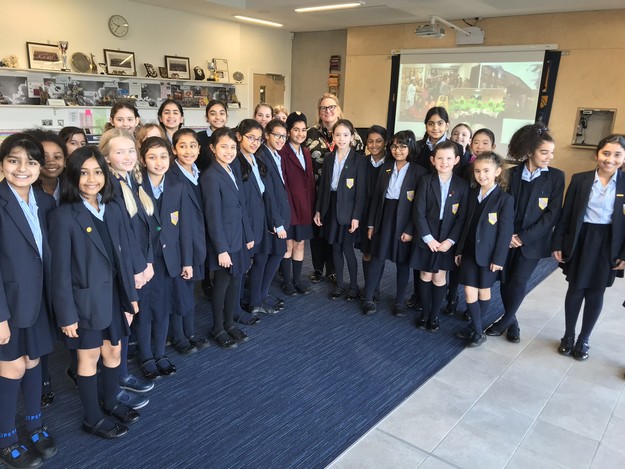 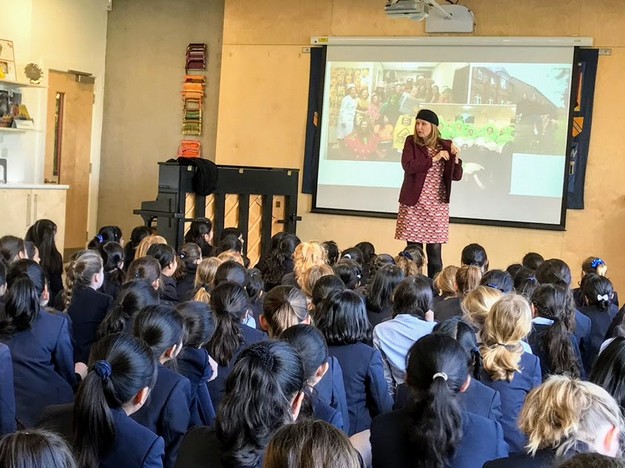 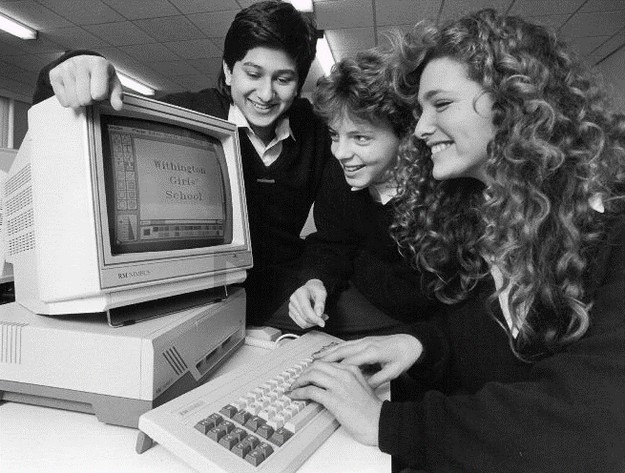 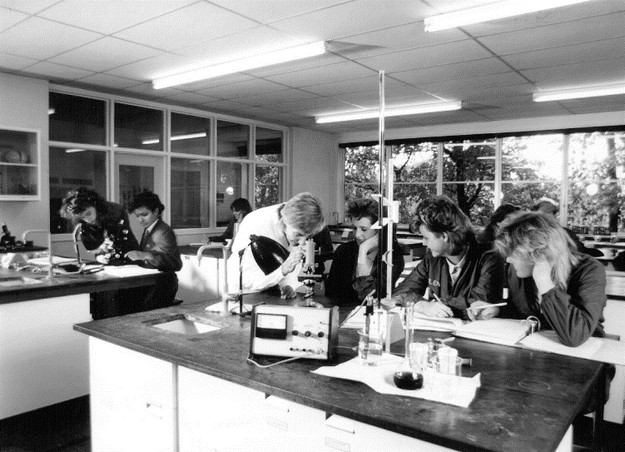 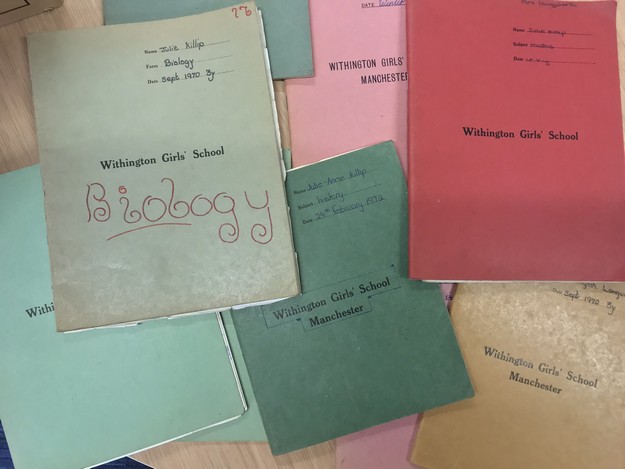 The girls visited the school archives with our Archivist, Miss Brown, and looked at some of the many artefacts of Withington history, stored in the Founders’ Room. 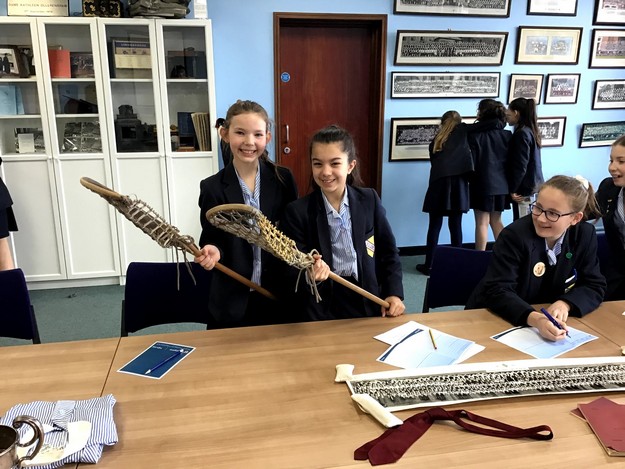 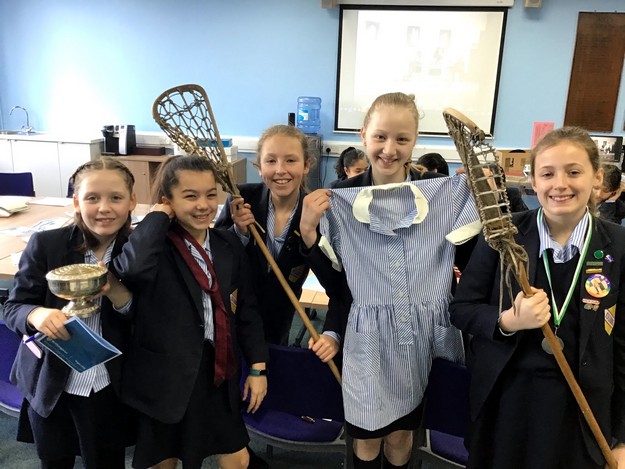 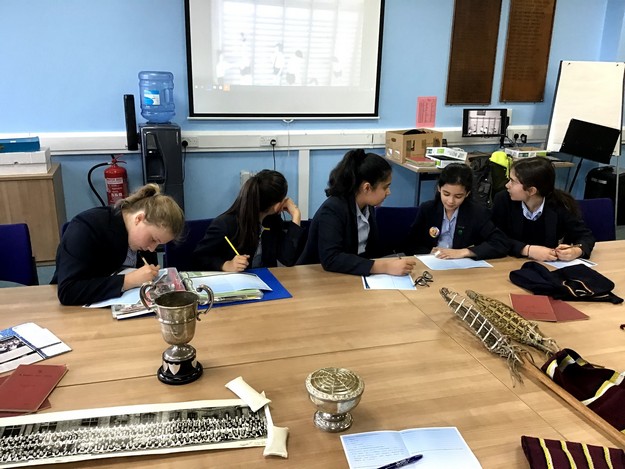 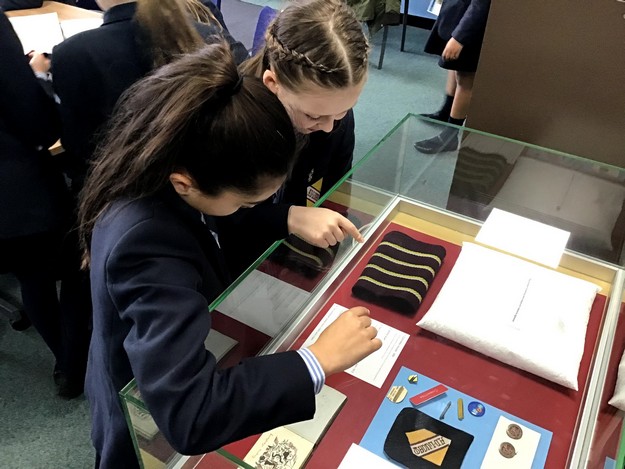 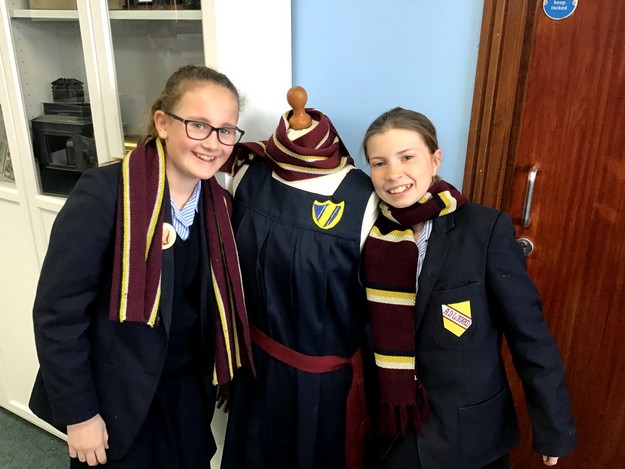 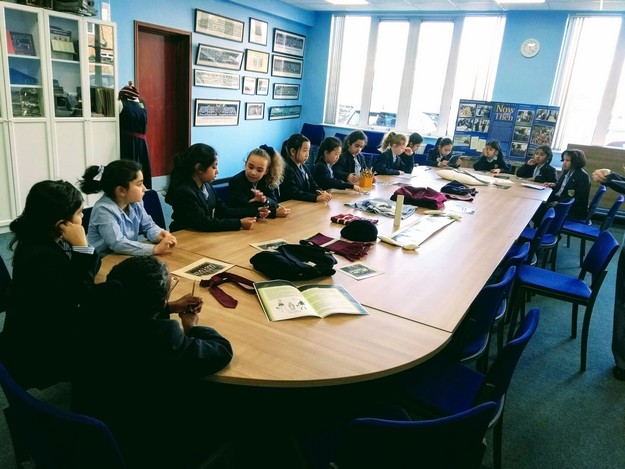 For World Book Day on Thursday  every one dressed up as a historical character. These included many Suffragettes – very appropriate as it is International Women’s Day today, a few exotic Cleopatras, Amelia Earharts and a very authentic looking Einstein. Pictures from the day are on twitter and the website. Thank you for all the effort that went into the costumes and we certainly enjoyed ourselves. 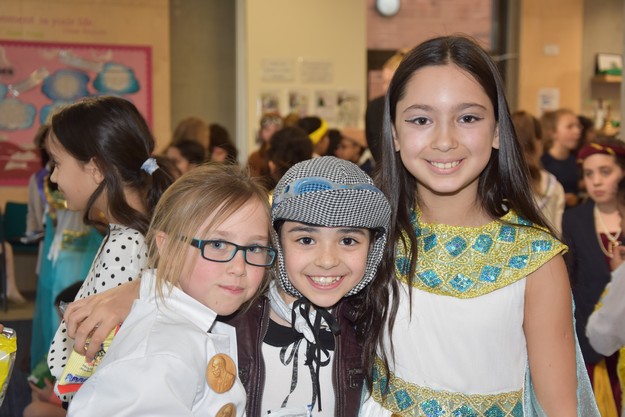 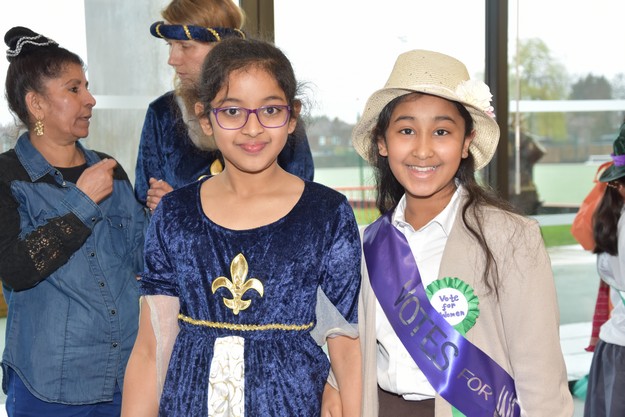 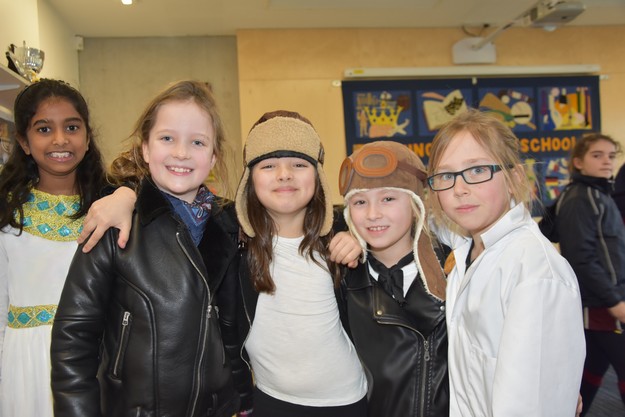 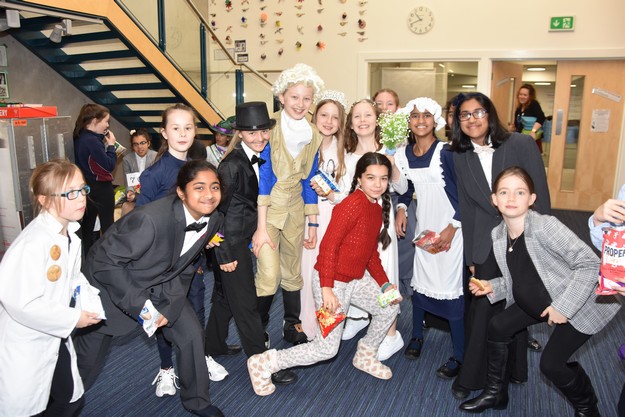 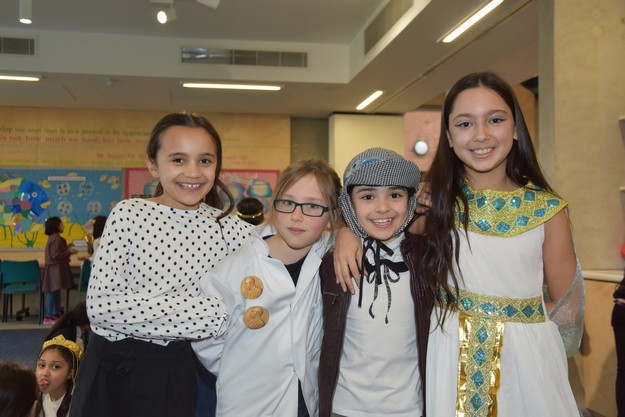 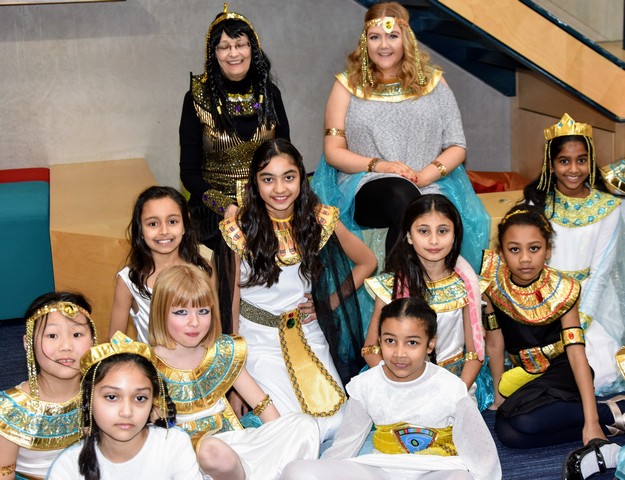 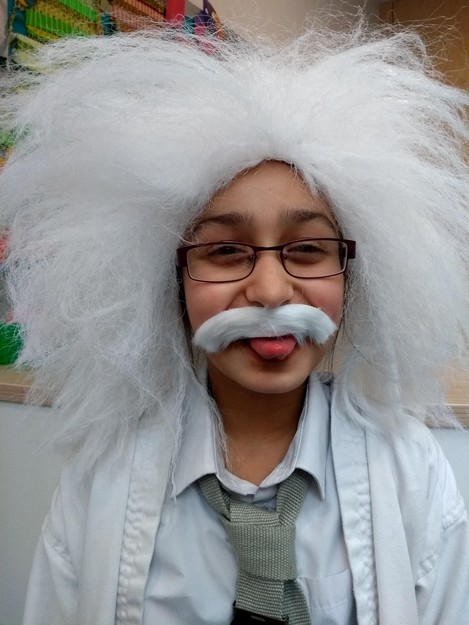 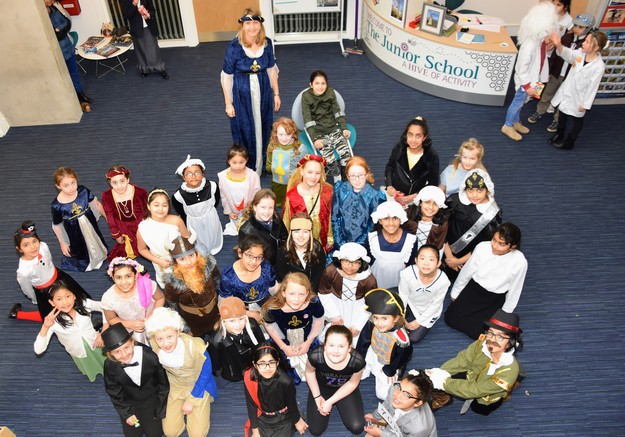 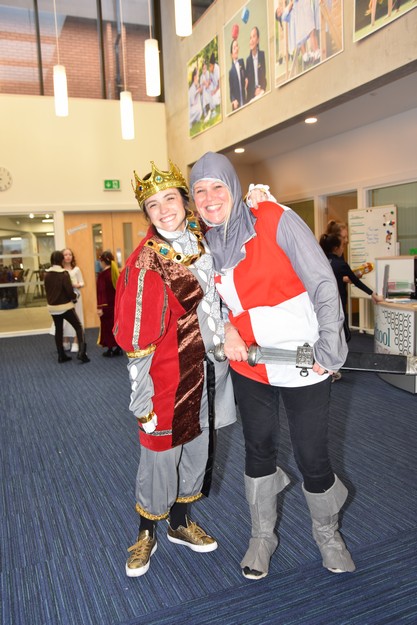 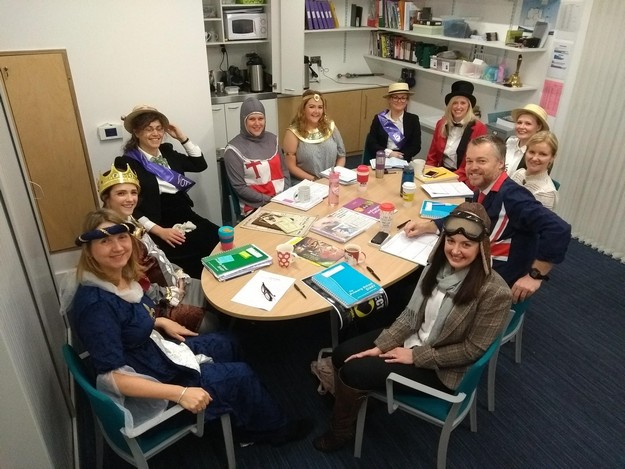 Throughout the week, each Form were able to explore their own History artefact boxes, full of mysterious and exciting objects. The classes also mixed with other year groups looking at different eras and timelines. Year 3 investigated toys from Roman Britain and compared Celt entertainment with Ancient Roman toys. Year 4 were looking at stories told as a form of entertainment and also tried out an Ancient Egyptian board game. Year 5 researched toys used today and in the Stuart period and even completed a Venn diagram to show which toys we still use today. They had a go at playing with spinning tops, ten pin bowling and various other toys from the past. Year 6’s box contained artefacts form the Victorian era and looked at pictures of Victorian toys and how Victorian children played with them. They also made a traditional toy out of paper. 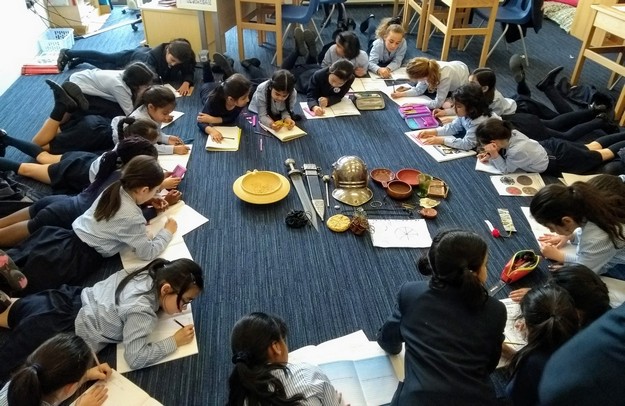 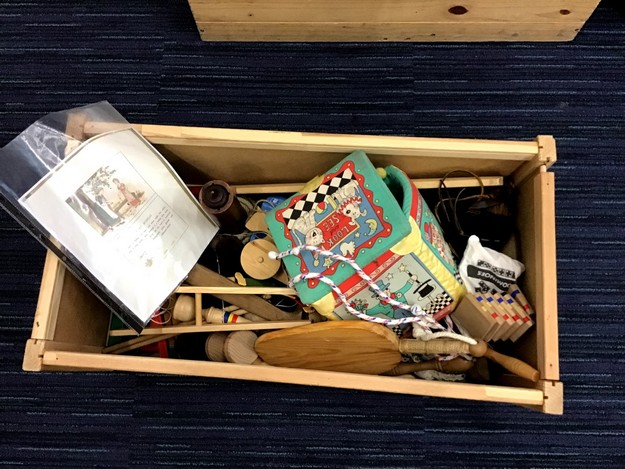 This morning, the Senior School Head of History, Mrs Catherine Air, rounded off the week with an assembly about why History is important. Focusing on People, skills and fun, the girls were made to think about how History affects our lives and shapes our future. It was an interactive and thought-provoking presentation and ended with a video from Horrible Histories showing Charles II singing his song – very entertaining!