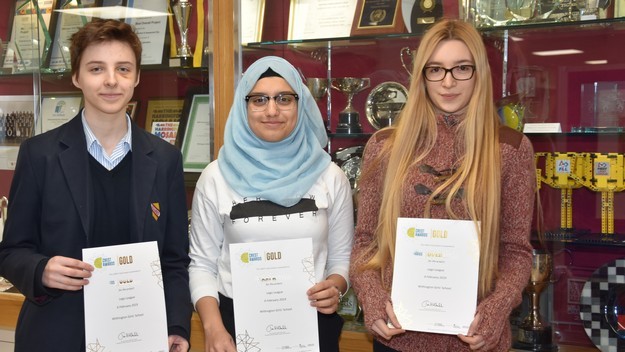 Every year, 40,000 teams from 98 countries participate in a challenge organised by FIRST, who run one of the largest robot competitions across the world. The Withington Girls’ School team had the privilege of competing in the FIRST LEGO League Challenge at the renowned Daresbury Laboratory, where, after three months of robot building, coding, and presentation writing, we went head-to-head with ten other schools.

Inspired by the WGS Gambia team’s ongoing work to help the Mama Tamba Nursery, the LEGO League team focused our presentation on the Hydrodynamic-based aspects of the area, including the installation of a borehole to provide safe drinking water for the village. We presented our solution to the water-related issues in the Gambia to a panel of professional scientists, who commended our work.

Arguably the most exciting section is the Robot Battles, where two teams at a time compete head-to-head, as the robots they designed, built, and programmed autonomously complete as many of the pre-defined challenges as possible in only three minutes.

The WGS LEGO League team is known for our high performance in the Core Values section, demonstrating excellent teamwork, inclusion and innovation skills. The team continued our winning streak in this category.