A busy term in Politics 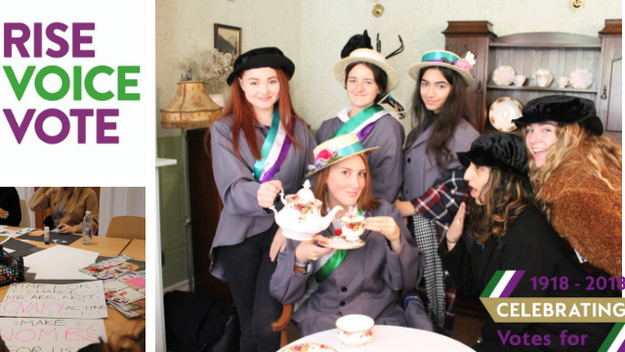 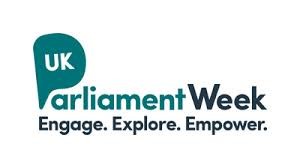 During the Autumn term, Year 12 and 13 politics students and POLSOC (Politics Society) were involved in a variety of politics-based activities. At the start of November, Withington took part again in National Schools Parliament Week, whose motto is: ‘Engage. Explore. Empower.’ The 100th anniversary of some women being given the vote provided this year’s theme and Year 13 students led a very informative and detailed assembly looking at the how women have progressed since 1918 in terms of economics and politics as well as socially. It highlighted how far women have come and yet how far we have yet to travel.

POLSOC also organised a quiz across all Year groups as well as competitions for younger pupils which included designing suffragette-themed posters.  Parliament Week is a national initiative where events take place across the whole country including a large number of schools- all of the activity can be seen and followed on #UKPW18 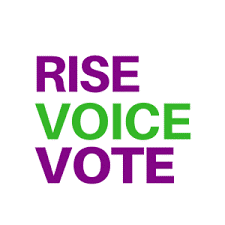 We were also invited by the Pankhurst Centre, Manchester, to take part in a region-wide event, named ‘RiseVoiceVote’.  The Rise, Voice, Vote youth engagement project connected Manchester’s woman-led activism of past and present with local young people. The project sought to inspire and support young people’s political participation and community activism through shared stories, learning, participation and celebration. The project included a diverse group of young people (aged between 10-19) from schools, colleges, community groups and alternative education settings across Manchester.  We had a workshop in school led by Councillor Eve Holt – who represents the Chorlton Ward on Manchester City Council – about engagement in politics. We also visited the Pankhurst Centre in Manchester, where it was so inspiring to sit in the Drawing Room where the suffragette movement began and it prompted a great deal of discussion about the role on women in the twenty-first century.

On 26th November, approximately 130 young people came together at People’s History Museum to develop their own campaigns, utilising a mix of campaigning tools from the more traditional tools used over the last 100 years to modern day use of social media, videos, online petitions and vox pops.  This included the opportunity to speak to a local MP via video conference. 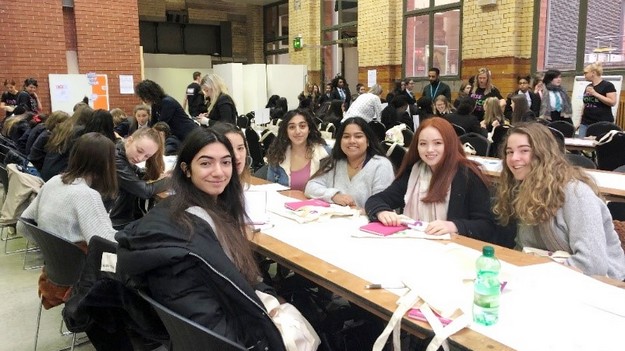 Our students undertook Twitter and Instagram #takeovers of the @PankhurstCentre accounts. There was a long list of creatives, female activists, campaigning groups and volunteers signed up to support the ‘hack day’ including Reign, Young Identity, Victoria Turnbull, the Fawcett Society and MMU Students’ Union.

Here follows some comments from our students about the day.

‘During our trip to the People’s History Museum, we enjoyed taking part in workshops, learning how to effectively raise awareness and voice our opinions about the issues that we are passionate about. It was empowering to see that, through being more politically active, we can make a difference; interviewing Kate Green, the Labour MP for Stretford and Urmston, gave us a valuable insight about how to be more involved in modern-day politics.’ 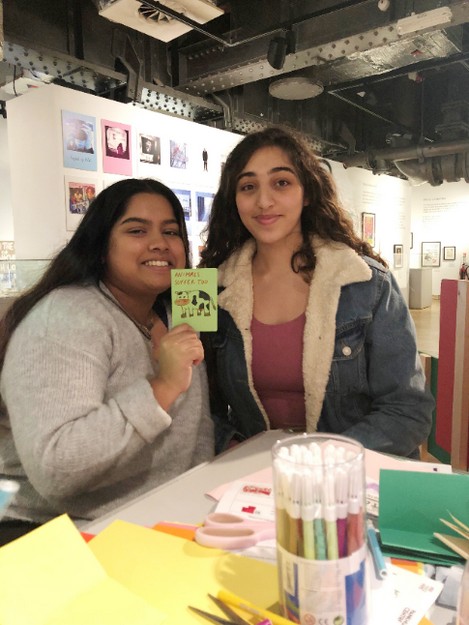 ‘Our trips to the Pankhurst Centre, the “Rise, Voice Vote” event and the training we received in school were very useful to show us how we can individually make a difference. Through the focused sessions on social media, soapbox speeches and ‘zine’ making, we learned the best ways to effectively reach a wide audience. For me, the best part was the digital surgery with Kate Green MP as our questions and concerns were answered by someone who has direct influence in Parliament.’

‘We took part in a project held at the People’s History Museum, where we developed our campaigning skills. Prior to our day out, we had to plan a campaign for an issue about which we are passionate. Ipsita and I chose animal rights. We are both passionate vegetarians and had the opportunity to preach our message to a community of fellow activists. One of the workshops available, entitled ‘zine making’, gave us the opportunity to create our very own ‘zine’, or magazine, to spread the message. There were previous zines available to provide inspiration, and the instructor gave us valuable advice regarding how to create the most poignant and long-lasting effect through our zine. Upon returning to school, we displayed our zine in the common room for all Year 12s to see and, through this, we managed to inspire reasoned thought into the eating of animals and the ethics behind it. The campaign day provided us with the skills and resources we needed to share our message, and that it reached our target audience, meaning the whole day was a big success for team #animalssuffertoo.’

‘The trip was a brilliant opportunity for us to connect with other politically active young people and to develop some key skills which will help us in the future. It was great to talk to and meet some of the women paving our way in politics at the moment; we were all very inspired by Kate Green and her Q & A session ‘‘

‘The Rise Voice Vote event was an insightful day which helped us pinpoint the main issues which directly affect us on a daily basis. The event provided us with the resources and tools to mount our own campaigns and make our voices heard.’

We are also on the Rise Voice Vote website speaking about participation and engagement in politics -please visit us!

WGS FemSoc leaders were privileged to attend the unveiling ceremony of the glorious new statue of Emmeline Pankhurst in central Manchester in December. What a truly moving and inspiring event to celebrate one of the most important figures in Manchester’s history! 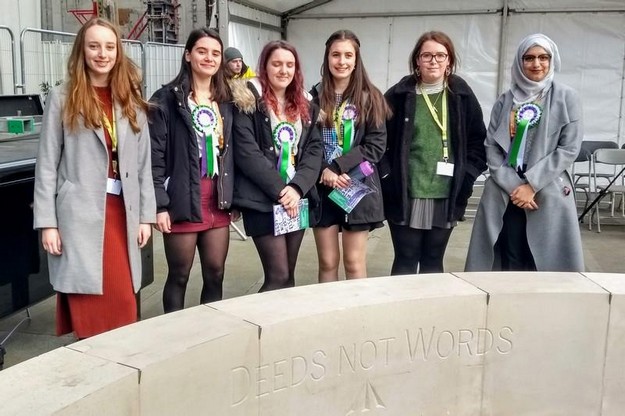 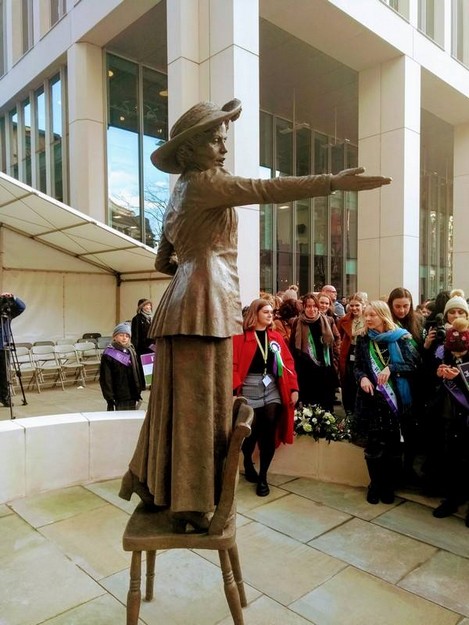