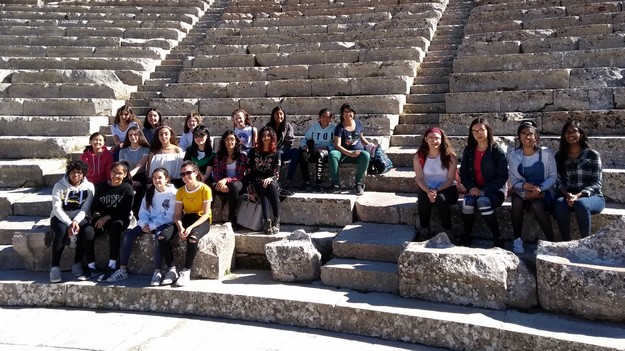 In October Half Term, the Classics Department took a group of Withington girls to Greece to learn more about the classical world beyond the classroom. The group consisted of 21 girls from Years 8 to 12, accompanied by Mrs Howling, Miss Easby and Miss West.

This biennial trip was a packed three days for the group, who travelled to both Athens and Delphi and they were lucky with beautiful weather throughout! They stayed at wonderful hotels in both locations where they were treated to some delicious, authentic Greek food. 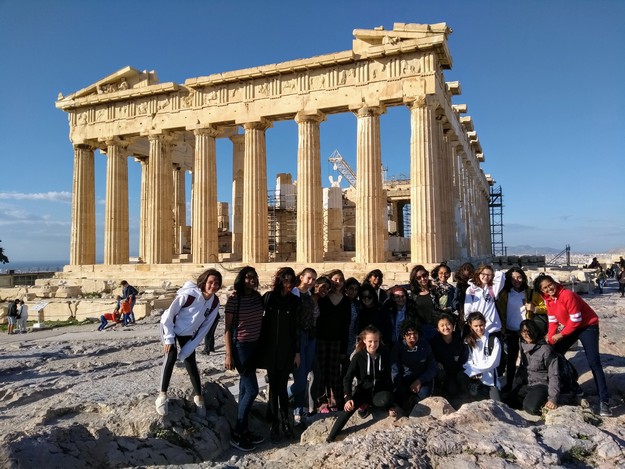 With only a few days to fully immerse themselves in the country’s classical history, the girls managed magnificently with long days of sight-seeing. Highlights in Athens included a visit to The Acropolis, the ancient citadel located on a rocky outcrop above Athens and home of The Parthenon, the temple dedicated to the goddess Athena, who is considered by residents to be the patron of Athens. 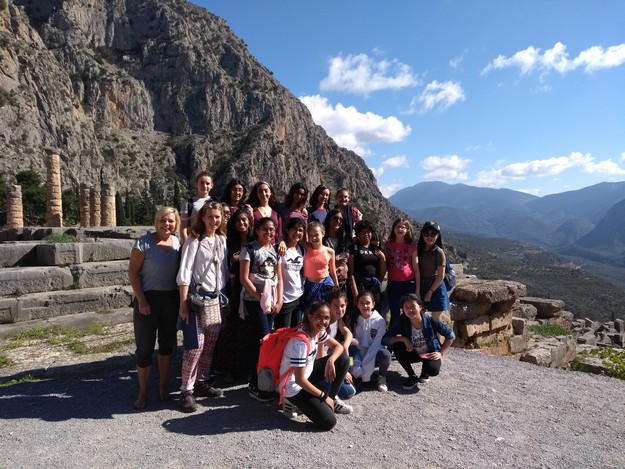 The group also had time in Athens to visit the Ancient Theatre of Epidaurus and the Temple of Poseidon on a cliff at Sounion, both of which offered stunning views and a fascinating insight into ancient Greek culture and beliefs. In Delphi, the group visited the mountainous religious sanctuary to the god Apollo, and the girls were not held back by the scorching sunshine and lack of shade!

“The trip was a wonderful experience and it was a fantastic opportunity for the girls to encounter classics beyond the school curriculum whilst enjoying some Greek sunshine!” 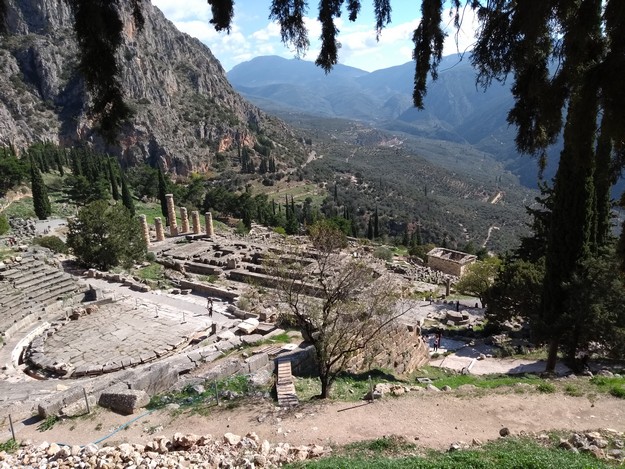 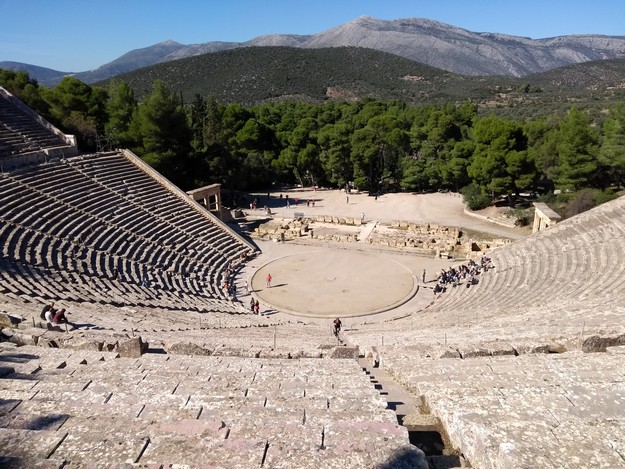 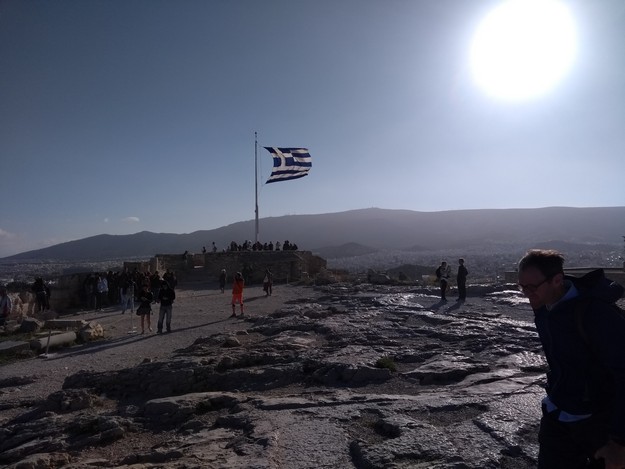 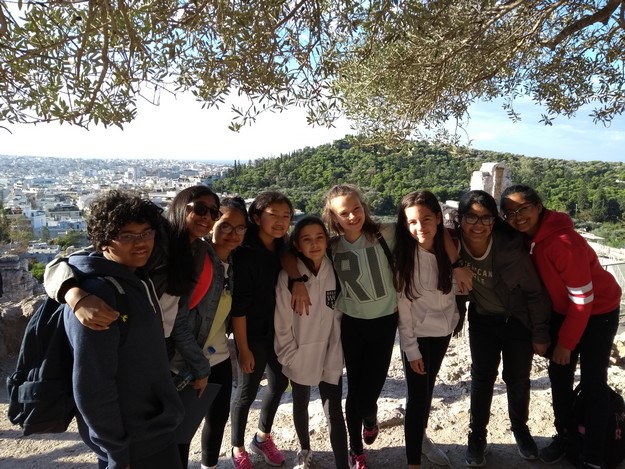 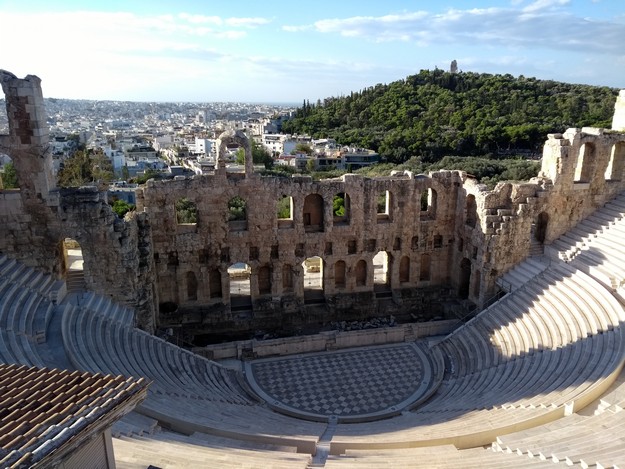 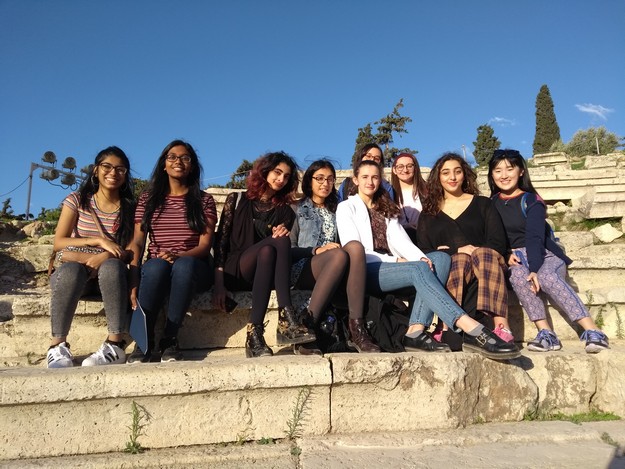