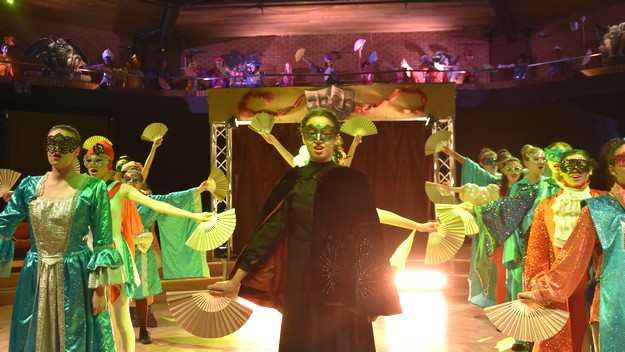 The Phantom of the Opera (School Production)

More than 200 senior citizens from the local community joined invited guests for a spectacular premiere of The Phantom of the Opera (School Production) performed by a talented young cast of Withington and Manchester Grammar School pupils, with many praising the production saying the standard equalled West End productions.

Buoyed by a personal good luck video message from a group of 27 Phantom actors in the London cast at Her Majesty’s Theatre, the WGS and MGS performers enthralled audiences as they delivered, in Withington’s own ‘theatre-in-the-round’ Arts Centre, a splendidly mesmerising version of this iconic Andrew Lloyd Webber musical. 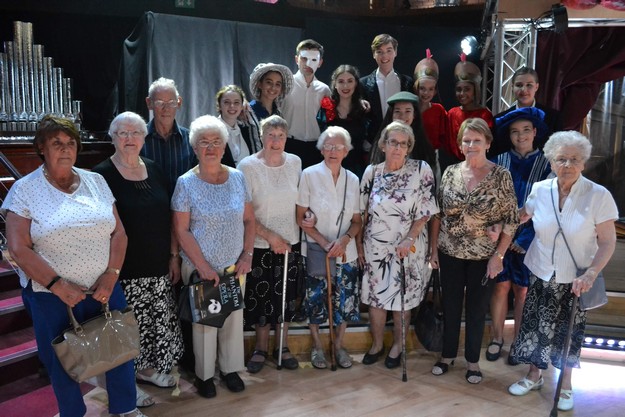 More than 120 Withington pupils and staff, accompanied by MGS boys, had worked hard over many months to ensure that, against the backdrop of an incredible ‘wow factor’ set, they put on a highly-polished performance – and over three shows which took place over two days, they did not disappoint.

You only had to witness the faces and conversations of the audiences exiting any one of the three performances to know they had experienced something extraordinary. Joy, amazement and tears were all in evidence, and all those privileged to have seen it would understand why. The exceptional performances from cast and orchestra, embellished by spectacular optical illusions, dramatic set and costumes, all brought to life the macabre, shadowy world of The Phantom of the Opera. 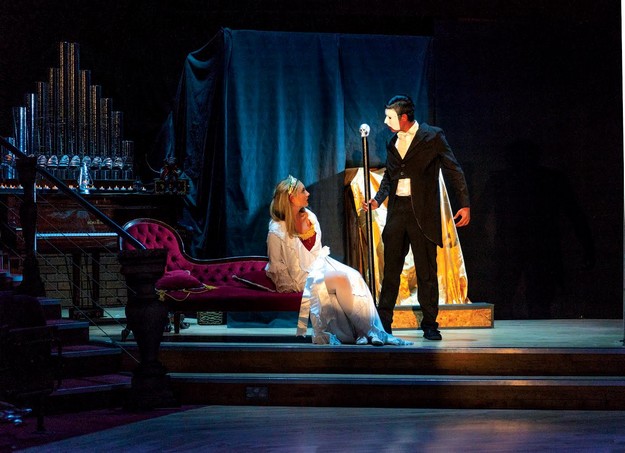 The roles of the Phantom, Raoul, Christine, Firmin and Meg were all shared and one of the shows was performed by the alternate cast. Phantom and Raoul were played by Manchester Grammar School boys and all other roles were performed by WGS girls. Adi A was phenomenal as the Phantom. Menacing, passionate and enigmatic, it was easy to forget that this was a school production. This was true of every role – it seemed like a professional, adult cast. Charlotte M and Charlotte J each were hugely impressive as Christine. Both are blessed with astonishingly beautiful voices and their performances were nothing short of sensational. 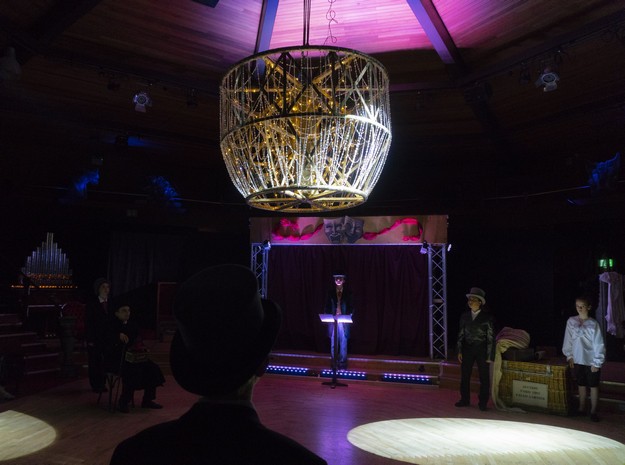 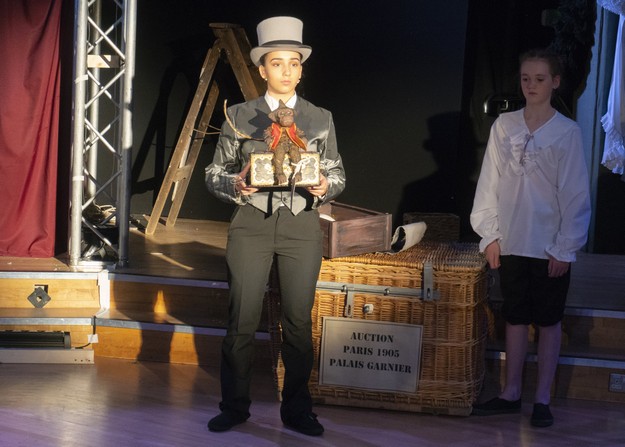 Raoul was perfectly portrayed by George W, who also played Phantom in the alternate cast! His duets with Christine in both roles displayed exceptional vocals and depth of feeling. Abi B and Sophie R who alternately played Meg, Christine’s best friend, were also in superb voice and Scarlett W as Madame Giry was excellent as the crisp, tough ballet mistress. In the alternate cast, Daniel B played Raoul with great sensitivity and tenderness. Amie P shone as Carlotta, the ousted prima donna, parading haughtily and hilariously about the stage and meeting the challenge of infusing the required slightly wobbly notes into her soprano! Her companion in song, the self-aggrandising Piangi, was excellently captured by Tammi S.

Eleanor P, Phoebe R and Alice P prompted much amusement with their portrayals of bumbling proprietors Firmin and Andre, so out of their depth trying to manage the highly-strung artistes. 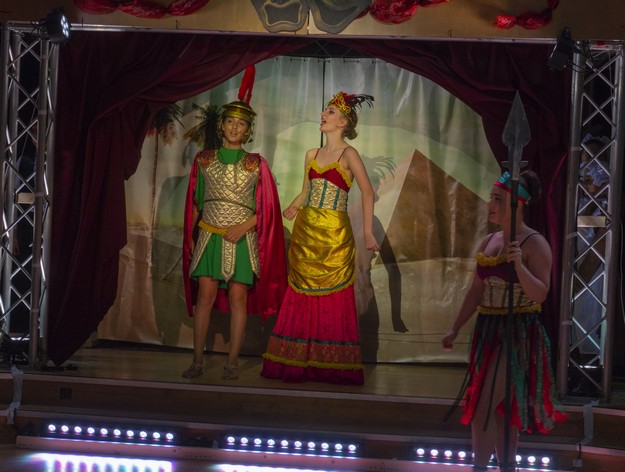 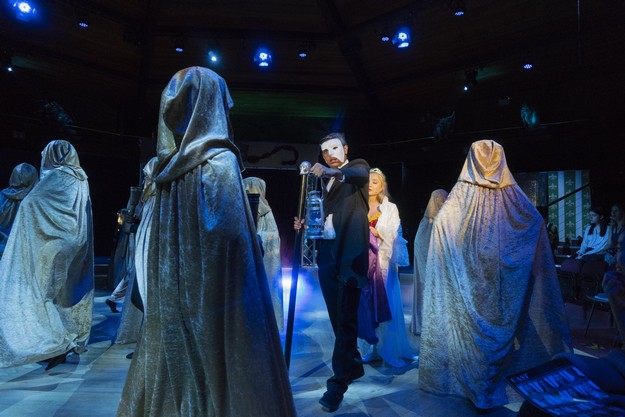 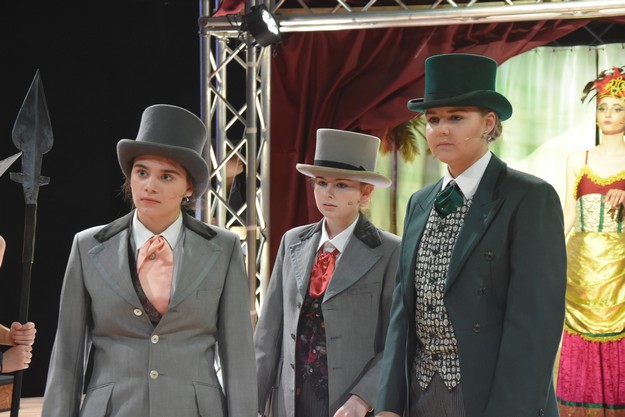 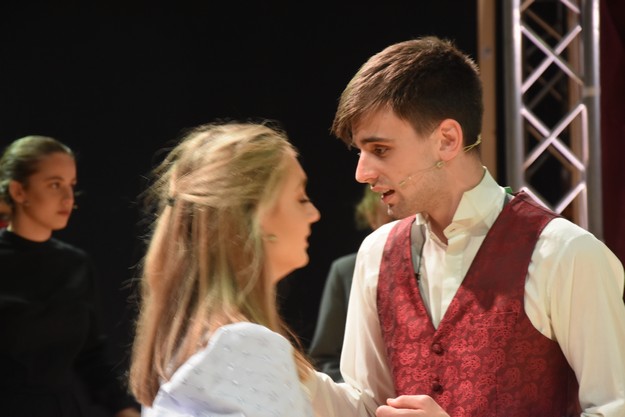 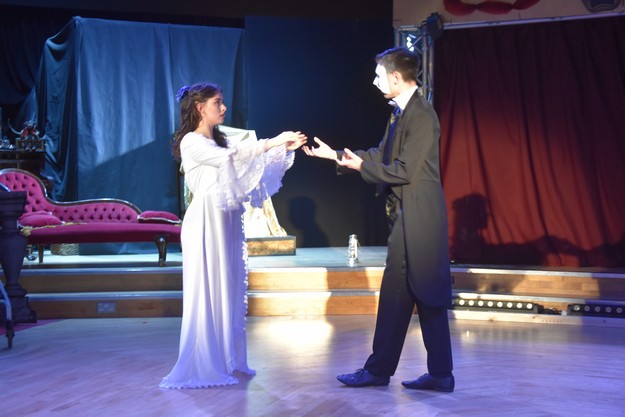 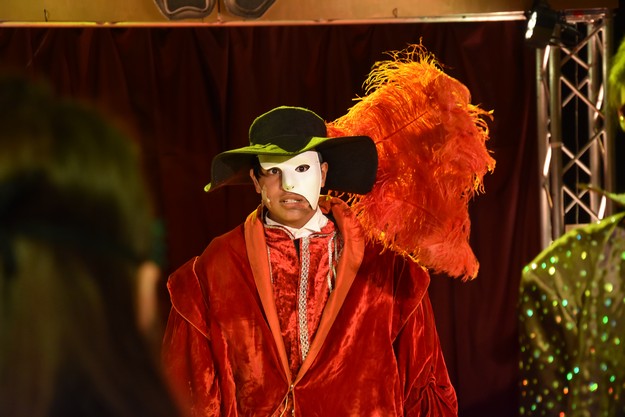 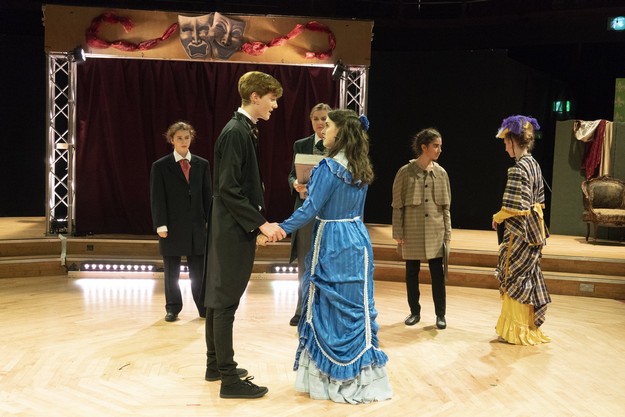 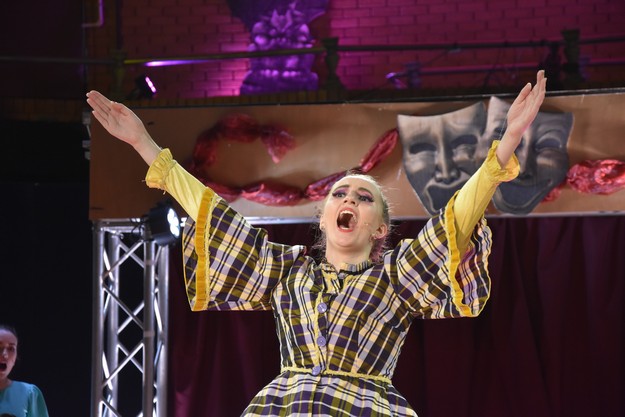 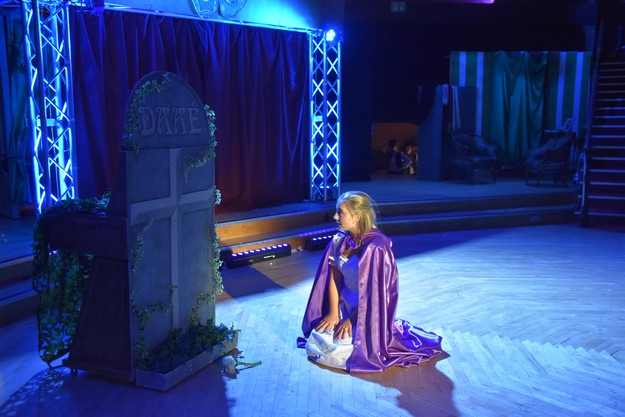 The orchestra, which included pupils, past pupils and professionals was largely unseen behind a screen onstage, but their contribution was outstanding as they played with precision, emotion and panache, even though they were in a very enclosed space in the very warm weather. Mrs Florence Howell who attended the matinée, said: “They’re hidden from view, but they were absolutely brilliant and should be given credit for the hard work and practice that must have gone into that performance.”

There were many other memorable parts and ensembles that added so much to the show. The ballet dancers were splendid, as were the many other skillfully choreographed dance scenes. 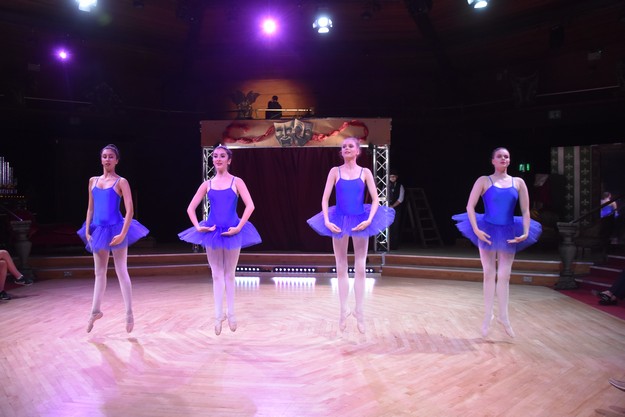 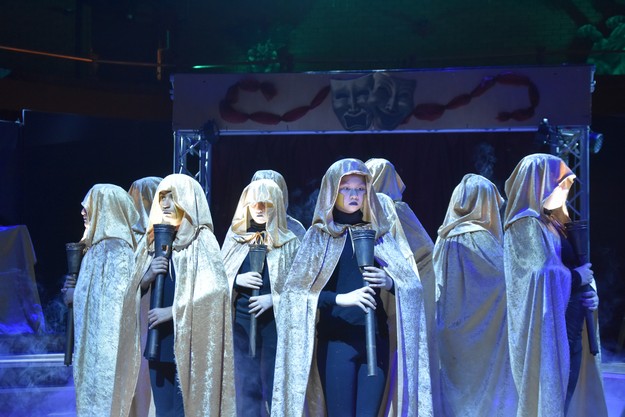 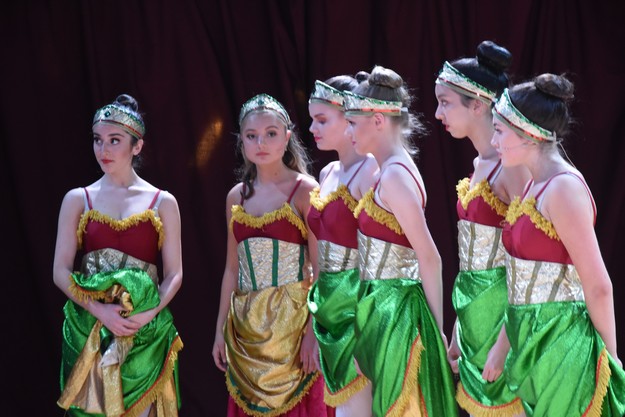 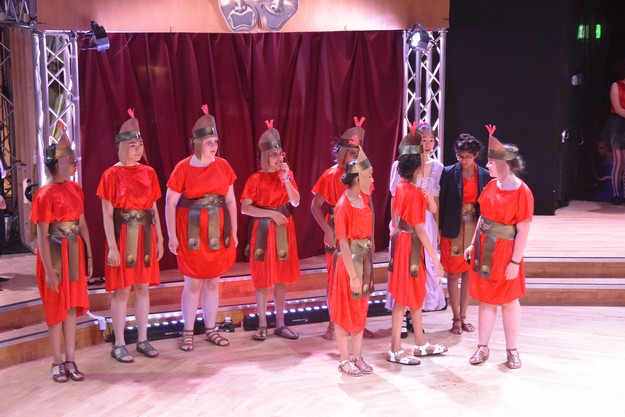 The special effects and staging team, headed by Eliott Peterken and Joe Walsh, achieved a string of illusions and stage effects. A mirror reflected Christine and displayed the Phantom on the other side; the famous falling chandelier was spectacular; various pyrotechnics and disappearances brought gasps from the audience and Phantom’s gondola seemed to float across a misty stage. Props by Diana Bruce, Kathryn Williams and Nikki Armstrong were perfect in every detail, and the splendid monkey music box made from scratch by Ilona Kiss was an ominous presence in many scenes. 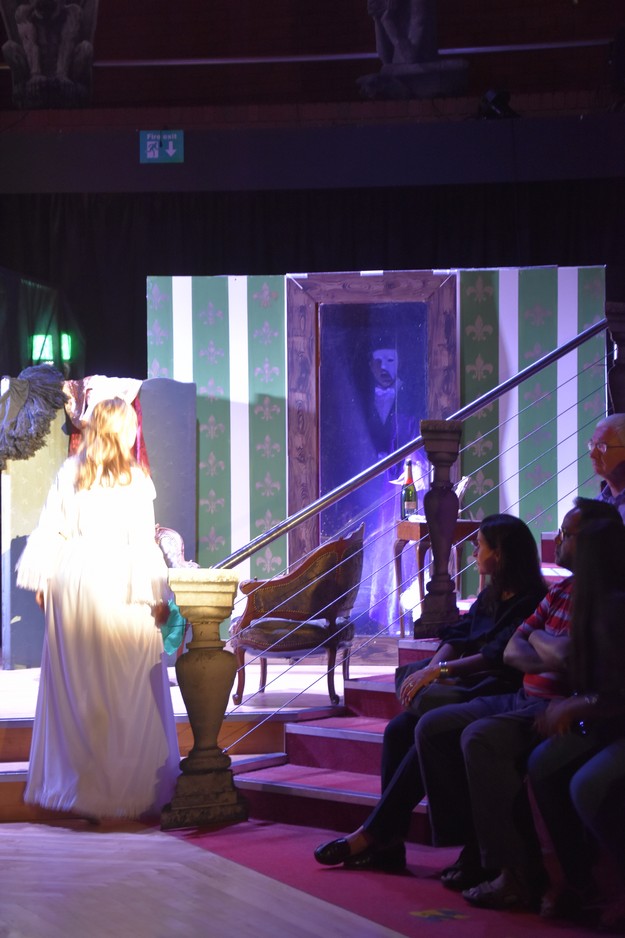 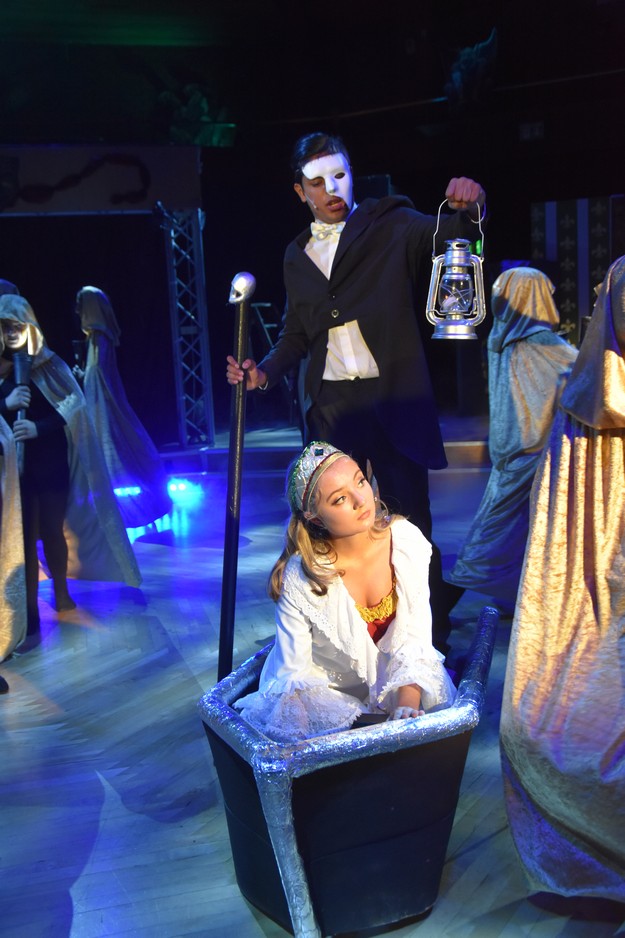 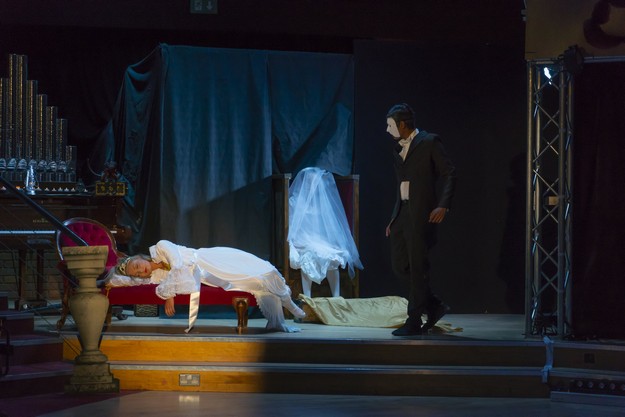 Withington’s in-the-round Arts Centre was also a star of the show. The balcony above the stage, dressed with gruesome gargoyles, was just made to be the roof of the Opera House and the entirety of the space – floor, stage, balcony and staircases – was perfect for the performance of Masquerade which included the entire cast of 88. A couple of ‘royal’ boxes were also installed in the tiered seating opposite the stage and several scenes took place from here. The Masquerade scene also spectacularly showcased the gorgeous costumes with colours that shone like gemstones under the lights. These were hired from Molly Limpet’s Emporium in Sheffield, overseen and added to by Textiles teacher, Nichola Watson. This scene was also the jewel in the crown of Julie Parton’s wonderful choreography.

It is hard to find the words to adequately congratulate Director of Music, Mrs Gilly Sargent, who had the vision and bravery to take on such a powerful show and to elicit such magnificent performances.

“Rarely performed by schools due to the challenging libretto, orchestral score, varied choreography which demands so many disciplines, endless costumes, incredible staging, props and special effects, this musical has been a real challenge for all involved, both on stage and back stage.” But having herself seen Andrew Lloyd Webber’s The Phantom of the Opera many times, the opportunity to create Withington’s own production of this show was a “dream come true but much bigger and even better than I had ever imagined – every member of the cast, orchestra and crew was just exceptional in their talent and commitment,” she added.

Headmistress Mrs Sarah Haslam said there had been a “wonderful buzz” around the production that would live long in the memory for all involved and “the commitment, ambition, creativity, teamwork and talent have been inspiring. The cast and crew truly rose to the challenge of performing this most theatrically and musically demanding of all the stage musicals.” 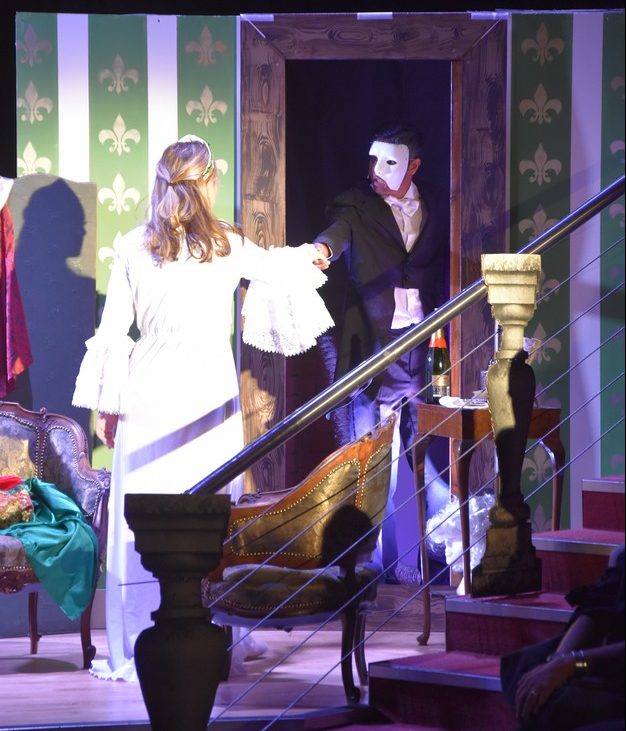 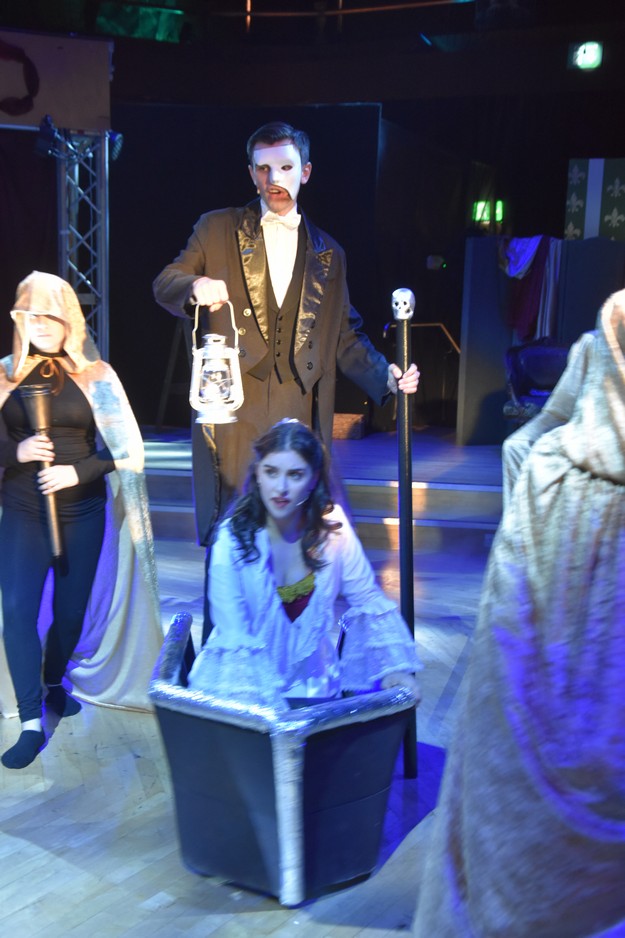 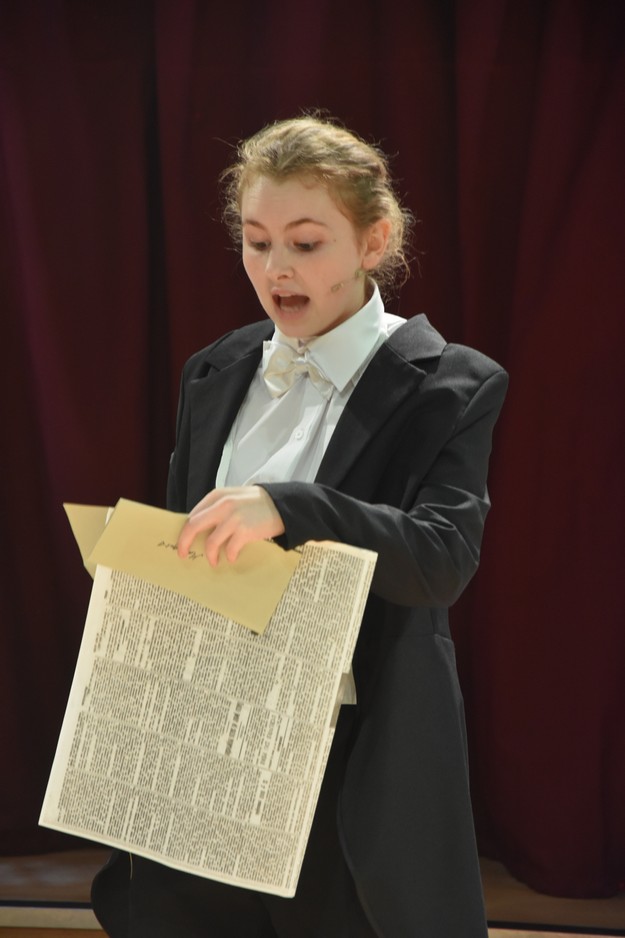 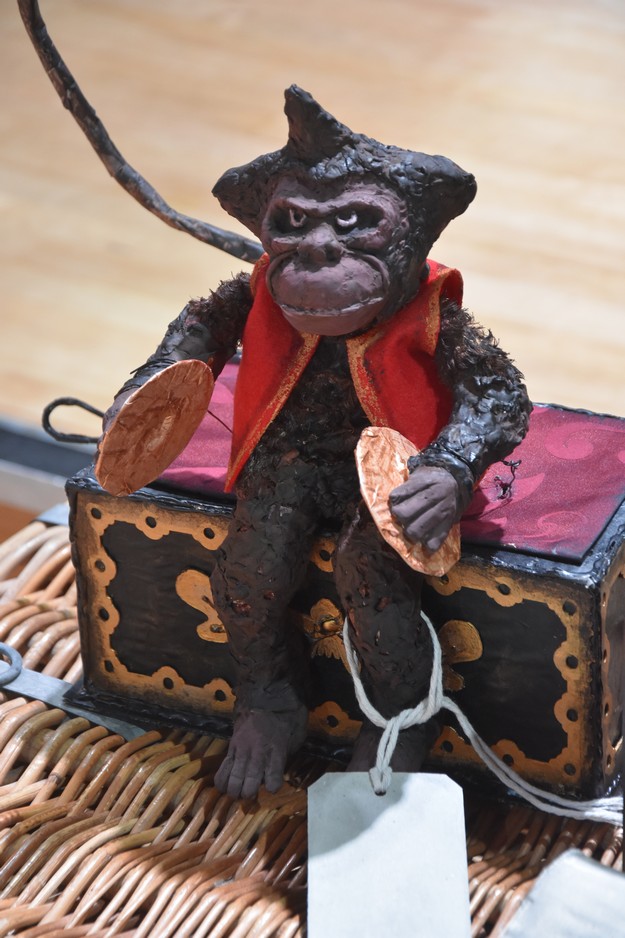 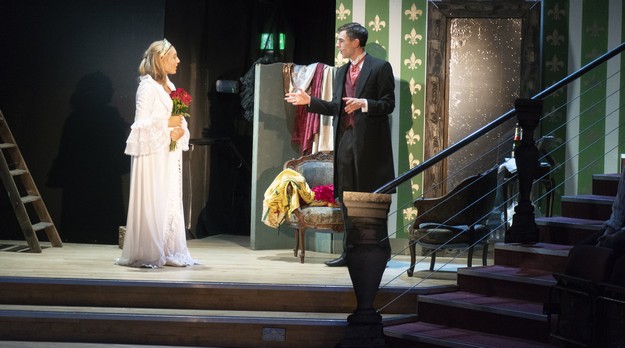 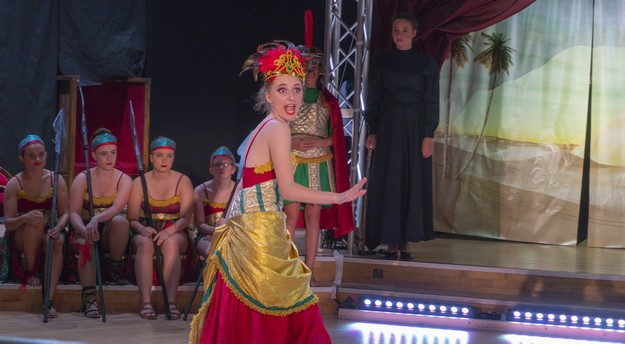 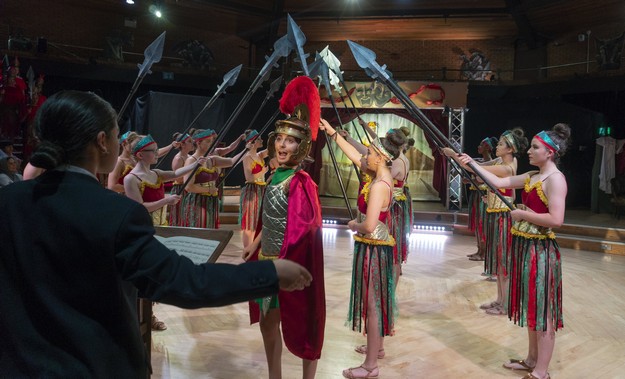