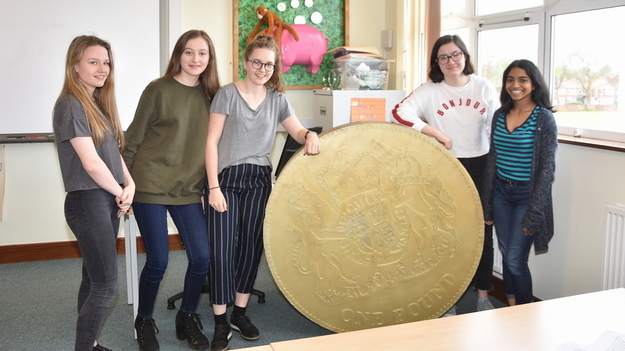 ICAEW BASE Competition 2018 – a new challenge

After a run of even more challenging elimination rounds than in previous years, a team of five WGS Lower Sixth Formers have reached the National Finals of the ICAEW Accounting competition, to be held in Birmingham in June.

Up until last year, schools took part at one of the regional face-to-face heats, with the winners of each heat going on to compete for the title of BASE National Champions. This year, there have been numerous online rounds and a much larger field of contestants, eventually whittled down to 48 teams to compete in the finals.

The girls worked through a number of rounds online culminating in the delivery of a video presentation as if it were to a live audience and this week they heard that they would go through to meet the other finalists to compete for the national title. Very well done all!

*ICAEW stands for the institute of Chartered Accountants for England and Wales and their motivation in running this competition is to allow students to experience the world of business and accountancy and develop business skills essential for future employment.