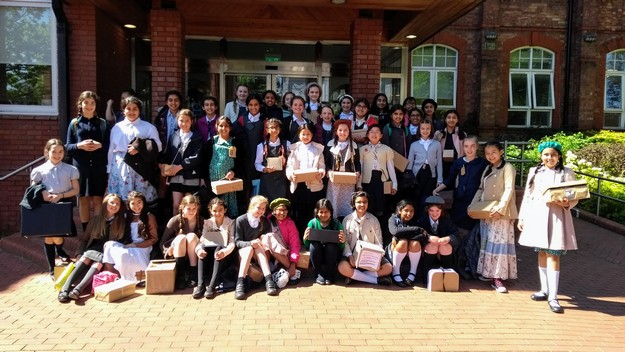 As part of their history studies, Year 6 dressed up as WWII evacuees for the day and ‘time-travelled’ to Stockport Air Raid Shelters.

Arya and Annika tell us all about it:

On Monday 14th May, Year 6 visited Stockport’s Air Raid Shelters to experience the life of an evacuee. To look the part, we all dressed up in evacuee clothes and we were transported back in time – we were now officially evacuees! 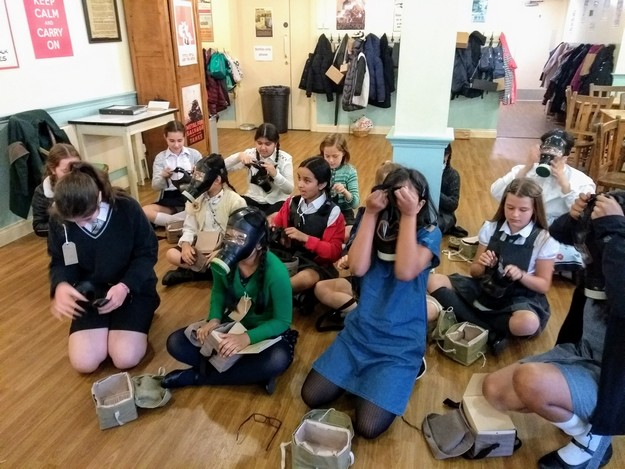 Each teacher took us to learn about the different aspects of being an evacuee during World War II. The first room we visited was the salvage room. Salvage means to make use of spare materials; make, do and mend! We were shown a basket full of different items people would use for salvage. They included: Rubber boots, bones metal objects and even acorns! In groups, we tried to match them with images of what they would be used for. 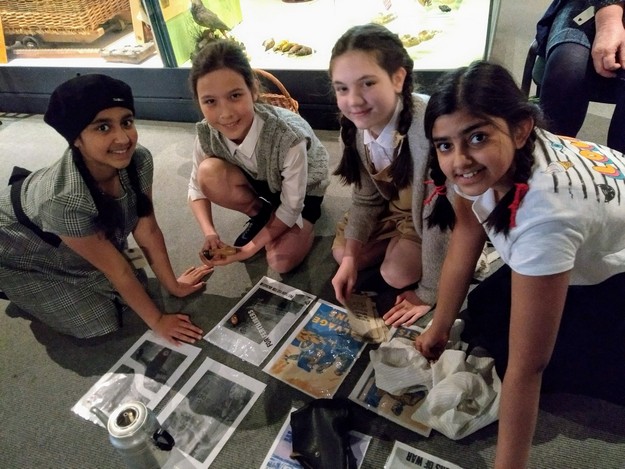 Next, we followed another teacher into a different room in which we would learn about housework. She first handed out ‘Pixie Hoods’ for everyone. Pixie Hoods are knitted hats with pom-poms dangling off a string, which were commonly worn by most people, including soldiers. 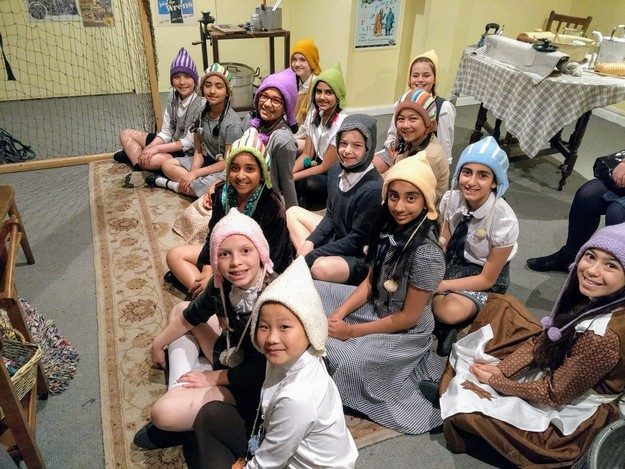 In the room, there were various sections of housework duties including: washing, ironing, cooking and knitting. These looked very challenging but we all gave it a go! 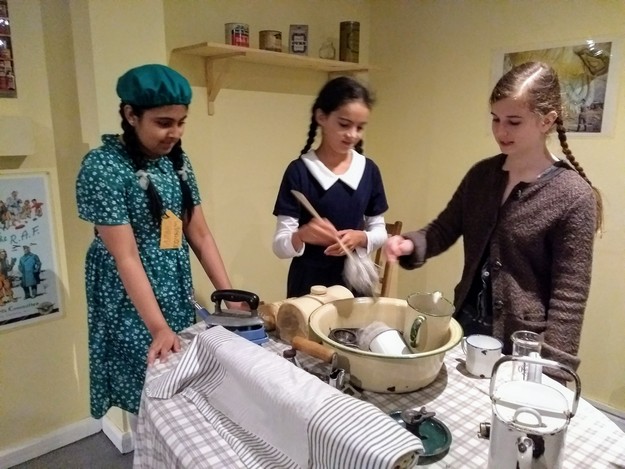 Afterwards, we were led downstairs into our final room. We learnt about: how and when to wear our gas masks, how to identify the various sirens and the locations of different shelters in the neighbourhood.

With everyone’s stomach rumbling, it was now time for lunch, some of us with proper ration lunches. 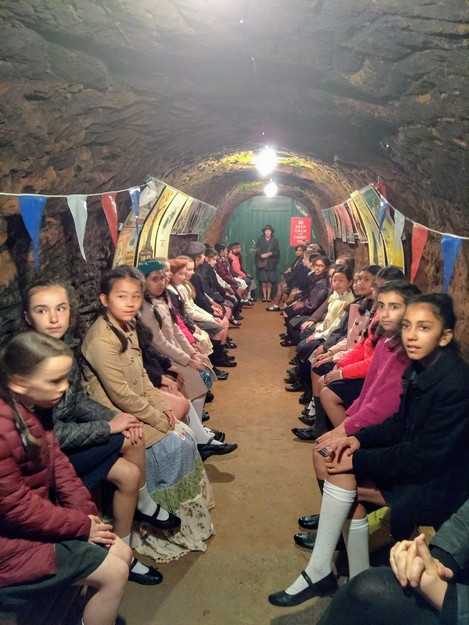 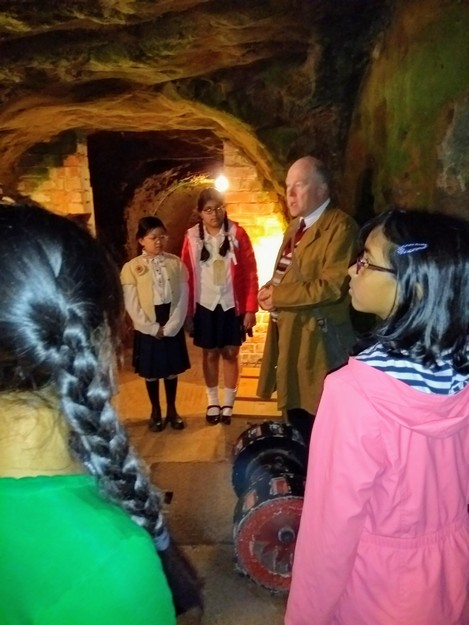 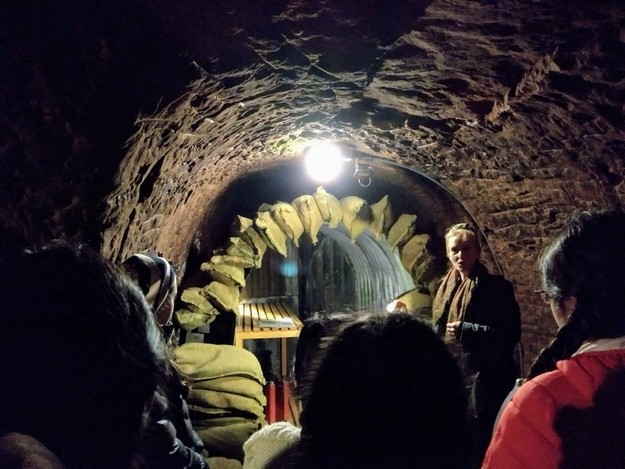 After this, we headed down to the underground air-raid shelters! These were the real ones, the ones they used over 70 years ago. We were all amazed at how old it was, yet still standing. It was made from sandstone, so if you rubbed your eyes with your hands after touching it, your eyes would burn. We explored different parts of the tunnels, such as the toilets, medical ward, the bunk beds and the kitchen.

All of us had so much fun and we would definitely recommend these air raid shelters for a visit.

By Arya and Annika 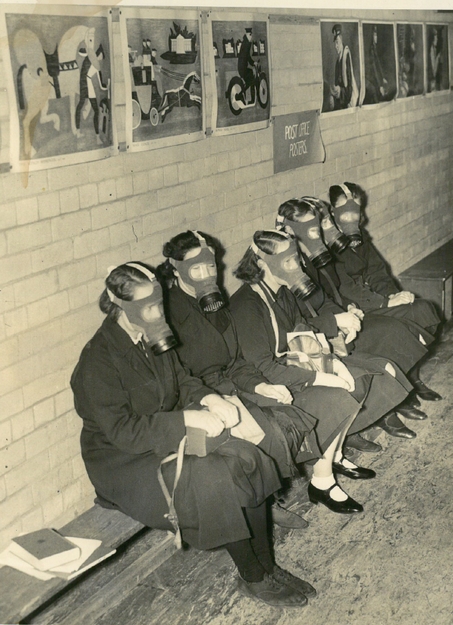 Withington girls in the air raid shelter during WWII