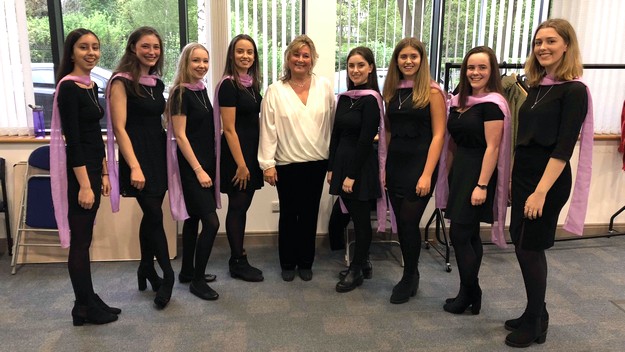 Three Withington choir groups were entered into the Alderley Edge Music Festival this year and all three won their Class, each bringing home some silverware!

The three choirs entered were:

Mini Voccini, which is a choir of Junior School pupils, sang Firefly by Andy Beck and Big City, by Lin Marsh. They were delighted to be judged first in their Class with a Commended rating, missing a Distinction by only one mark, and were awarded the Thelwall Cup. The adjudicator complimented them on the expressiveness and accuracy of their performance and the strength and clarity of their tone. 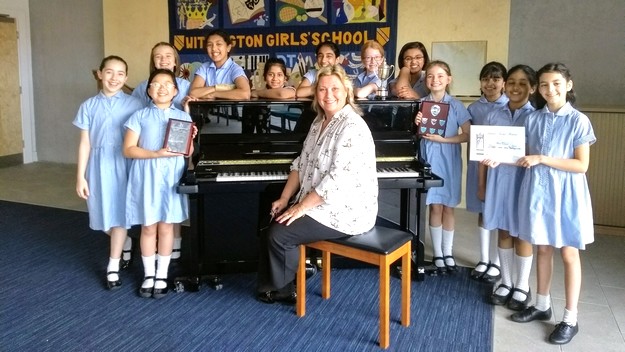 Middle School Choir were in the Class for Year 9 and under and they sang The Swallow by Bob Chilcott and Mister Sandman by Pat Ballard. When judgement was announced, they were thrilled to gain a Distinction and the first prize Rowell Cup, which already bears an engraving of Withington’s name from when the Middle School Choir of 2016 won this Class two years ago. 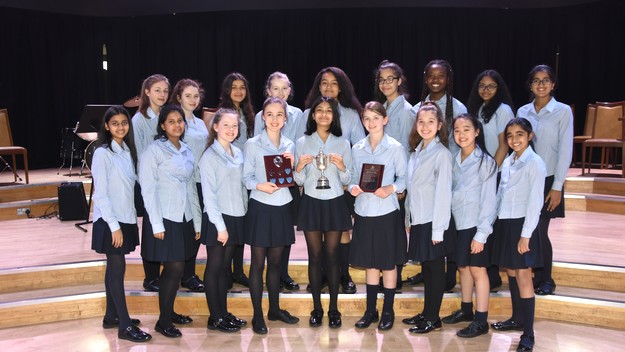 The Senior Voccini Choir were in a Class for small choral groups in Year 7 and up. They sang Nigra Sum by Pablo Casals and Hushabye Mountain by Sherman Bros. The adjudicator commented that this was ‘a very accomplished ensemble’ and hoped that people are able to ‘hear them regularly’. Not only were they awarded a Distinction and the Festival Award Trophy, but they were also invited back to open the final night of the Festival!

Fiona Clucas, Voice Teacher at Withington, said: “All three choirs were an absolute credit to the school and sounded absolutely fantastic!” 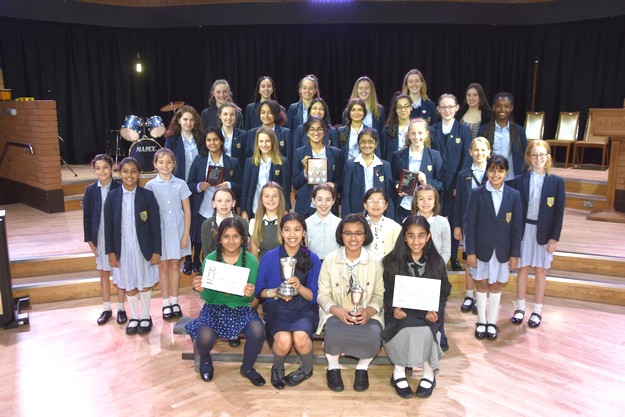 A number of brave girls entered individually and in pairs and all came up with some excellent marks, with many achieving Distinctions.

Director of Music, Mrs Sargent said: “It is an achievement in itself to stand up and perform as a soloist and everyone who participated should be very proud of themselves. It was wonderful to see so many enjoy success as soloists and in ensembles and choirs.” 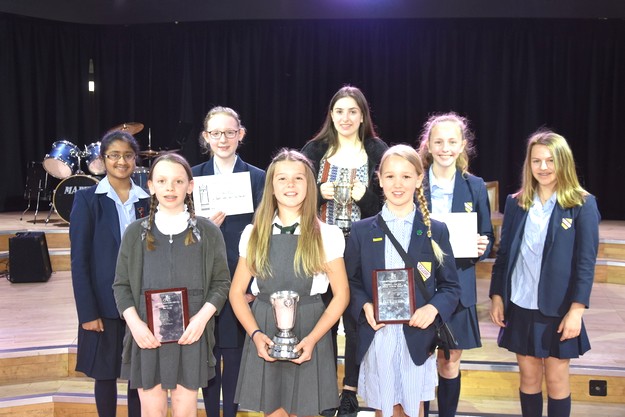 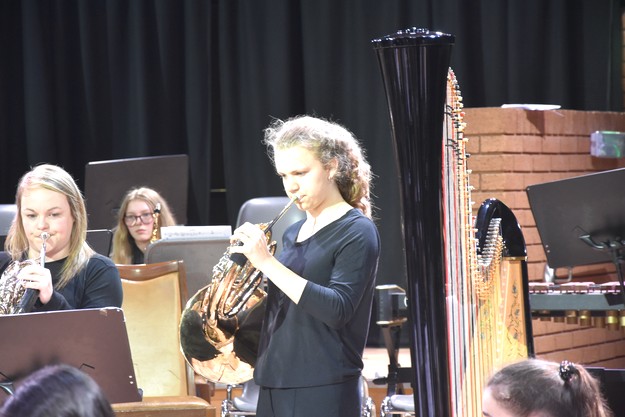