At the Frontiers of Physics 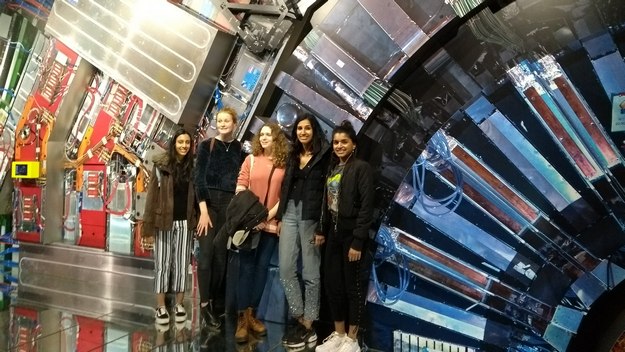 At the beginning of the Easter holidays 13 A-Level physicists accompanied by Mrs Bradshaw, Mrs Carter, and Mr Forrest took part in the bi-annual CERN trip to Geneva, Switzerland.

We met at the airport at 8:30 and after some delay at the airport we arrived in Geneva at around 2.30 local time. We made our way to the Geneva Youth Hostel where we checked into our rooms. After an hour of downtime to unpack we took a nice walk around the Jardin Anglais where we admired the iconic green space and what turned out to be Europe’s largest ‘flower clock’!  Dinner that night was traditional Swiss cuisine of cheese and chocolate fondue and potato rosti. Entertaining us that evening were two Swiss performers who treated us to delightful music on the accordion and cow bells and our group enjoyed singing along to songs from The Sound of Music. Some of our students even got to have an attempt at playing the alphorn, consisting of a straight several meters long wooden natural horn of conical bore, with a wooden cup-shaped mouthpiece. 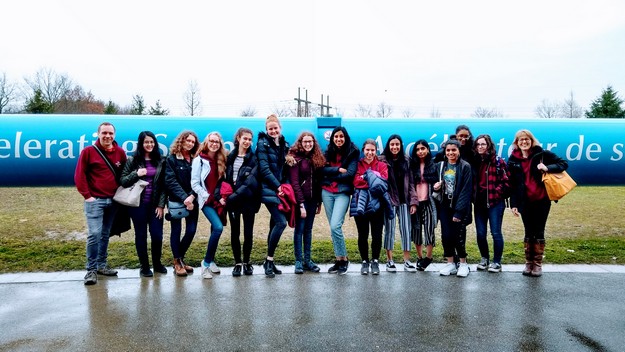 On the second day, the first stop on our itinerary was the Palais de Nations, or United Nations Office, in Geneva which, for the MUNers amongst us, was anticipated with great excitement. After posing for multiple photos with the grand entrance of the UN hosting flags of all 193 of its member states, we were intrigued to read about the ‘Broken Chair’ monumental sculpture standing 12 metres high outside the building. The sculpture of a wooden chair with a broken leg was made to symbolise a stand against the land mines and cluster bombs used in war, and was commissioned to be built in 1997 to encourage as many member states as possible to ratify the Ottawa Treaty on landmines, and was re-dedicated in 2007 in support of the Convention on Cluster Munitions. 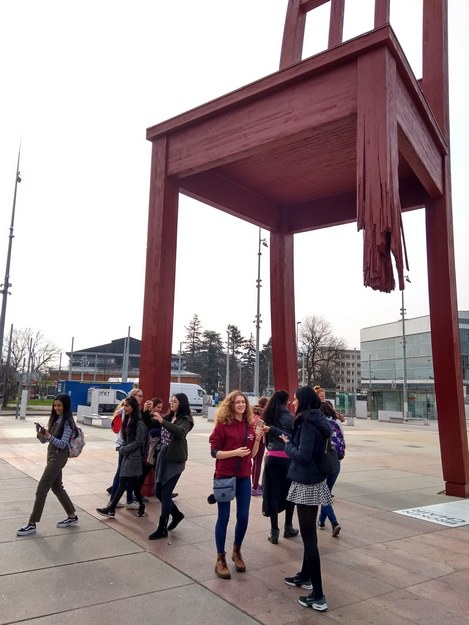 Firstly, we were able to have a look inside the UN art gallery which hosted an array of artwork including ceramics, painting, and sculptures gifted by many UN member states. Following this, we were able to have a guided tour of the UN office itself. Our tour began with a look at one of the conference rooms used by some UN assemblies. We saw the different regions of the room with areas for delegates of member states, observer states, and six booths which host interpreters to translate UN proceedings into the six official languages on the UN: English, French, Mandarin, Russian, Spanish, and Arabic. Following this we progressed to the older region of the building and were very lucky to see inside the Human Rights and Alliance of Civilisations Room – one of the most magnificent chambers of the UN Office in Geneva. 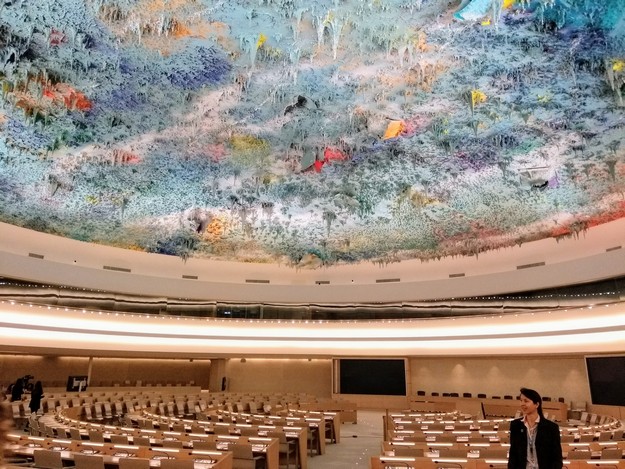 The main feature of the refurbished room is a ceiling sculpture by the prominent contemporary Spanish artist Miquel Barceló which was aimed at promoting the use of contemporary Spanish art to facilitate dialogue and multilateralism through the United Nations system in Geneva as the sculpture consisted of many layers of coloured paints composed of pigments from across the globe, sprayed across the ceiling to create stalactites, to represent the themes of multiculturalism, mutual tolerance and understanding between cultures. The final item on our tour to see the largest chamber of the UN Assembly Hall, with a capacity of around 2,000, which is the only room to display the UN emblem. The emblem consists of a map of the world, as seen from above the North Pole in order to promote equality as no nation is placed in the centre, flanked by olive wreaths as a symbol of peace. After a trip to the gift shop to pick up some souvenirs we left the UN to head off for lunch. 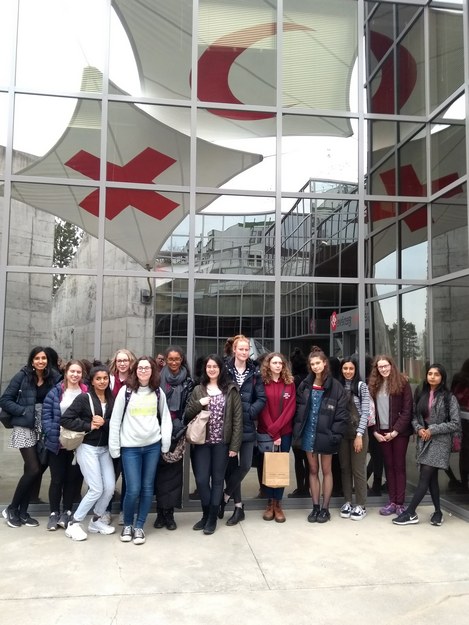 We had a fabulous lunch at the Red Cross Museum cafeteria before assembling in the lobby for our tour. The exhibition named ‘The Humanitarian Adventure’ presents three contemporary problems through three distinct spaces; each created by a different architect: ‘Defending human dignity’ (Gringo Cardia, Brazil), ‘Reconstructing family links’ (Diébédo Francis Kéré, Burkina Faso ), and ‘Reducing natural risks’ (Shigeru Ban, Japan). Although it gives pride of place to knowledge and reflection, the museography introduces a new dimension into its device: emotion. As we entered each of the three thematic areas, we were invited to engage in an awareness-building experience even before we discovered the area’s informational content. Twelve ‘witnesses’ trace the main thread of ‘The Humanitarian Adventure’ which first welcomed us in a scenographic device and then accompanied us on our tour of the exhibition. The witnesses are there to remind us that human relations are at the heart of all humanitarian action. After the tour at Red Cross we went back to our hostel for some time to relax before a meal at a Mexican restaurant where we indulged in tacos and nachos. After our lovely meal we visited an escape room where we were split into three groups tasked with solving a number of puzzles to, solve the case of a serial killer, escape an ancient Egyptian pyramid and successfully rob a bank. 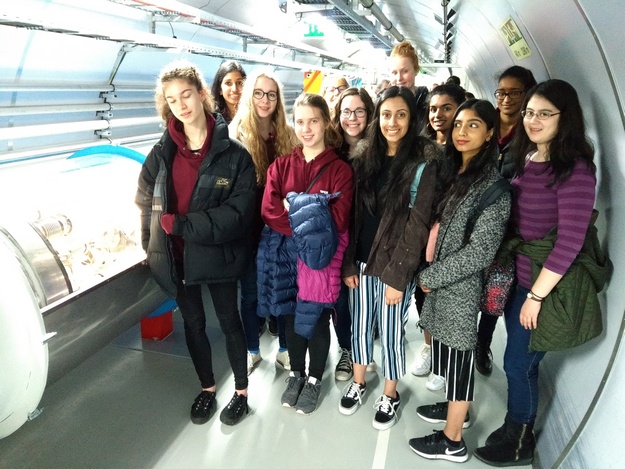 Our final day in Geneva began with an early start, but we were all very excited to finally be able to visit CERN- the European Organisation for Nuclear Research and home of the Large Hadron Collider. Before we began our tour we were given a lecture by one of the Physicists working at CERN which gave us an overview of the work carried out by CERN and the purpose of the LHC to give physicists clues about how the particles interact, and provide insights into the fundamental laws of nature. First on our tour we were able to learn about the magnets used in the LHC to both accelerate and steer the particle beams around the 27 kilometre ring of the LHC. All of the magnets on the LHC are electromagnets (magnets in which the magnetic field is produced by the flow of electric current) hence, to produce a sufficiently powerful magnet of 8.33 tesla, a very high current of 11,850 Amps is required. In normal circumstances an extremely wide wire would need to be used to prevent overheating, however, the LHC utilises superconducting materials for its wires which conduct electricity with no resistance when kept below a certain temperature. In order to maintain this superconducting state, CERN utilises cryogenic facilities of a closed liquid-helium circuit to keep the niobium-titanium coils of the electromagnets at 1.9 Kelvin – even colder than the average temperature of the Universe (2.7 K). We learnt that inside the accelerator, two high-energy particle beams travel in opposite directions and separate beam pipes kept at an ultra tight vacuum at close to the speed of light before they are made to collide. 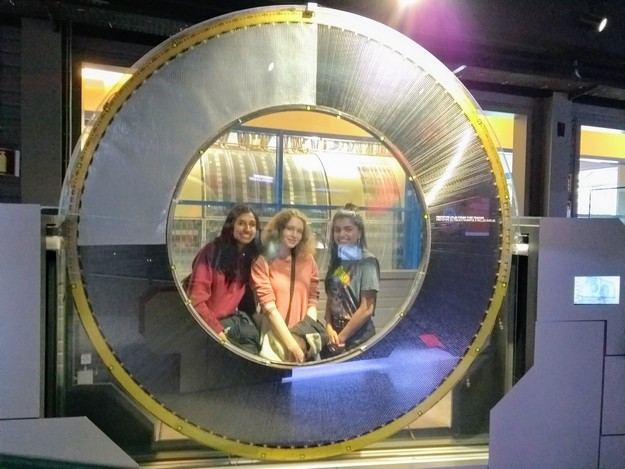 Then, we found that the ATLAS detector at the LHC has six different detecting subsystems arranged in layers around the collision point which record the paths, momentum, and energy of the particles, allowing them to be individually identified. Complex data-acquisition and computing systems are then used to analyse the collision events recorded in order to identify any new particles which may be found, such as the Higgs Boson in 2012. Before we had lunch in the CERN canteen, we all had a look around an exhibition with more detailed information about specific components on the LHC and a microcosm exhibition revealing more about the work of the LHC and videos based around Physics concepts such as antimatter and parallel universes.

After leaving CERN, we made a trip to a traditional Swiss ice cream parlour before returning to the hostel to pick up our bags and head for the airport. We would all like to say a huge thank you to Mrs Bradshaw, Mrs Carter, and Mr Forrest for organising and accompanying us on the trip- we all had a fantastic time! 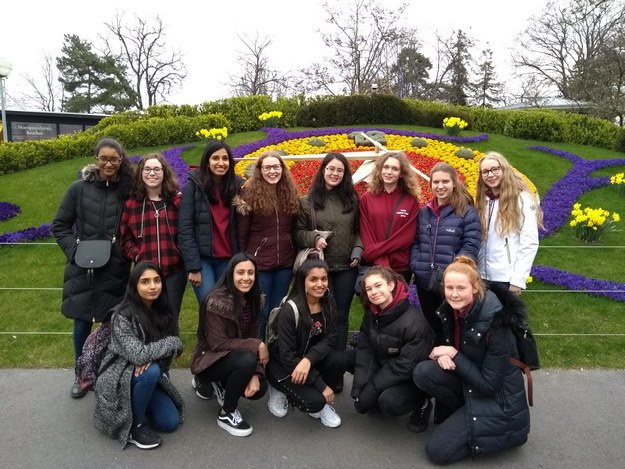 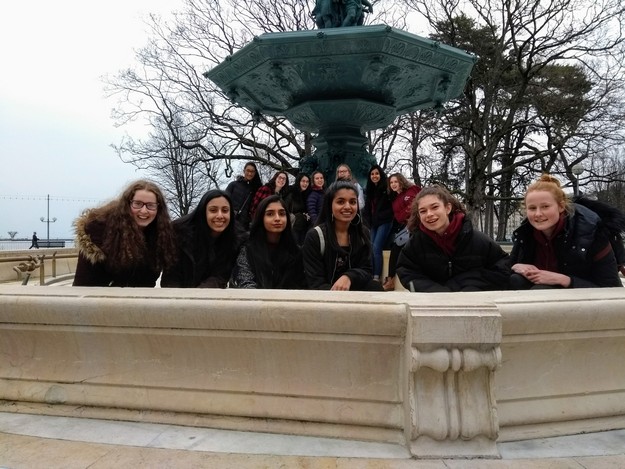 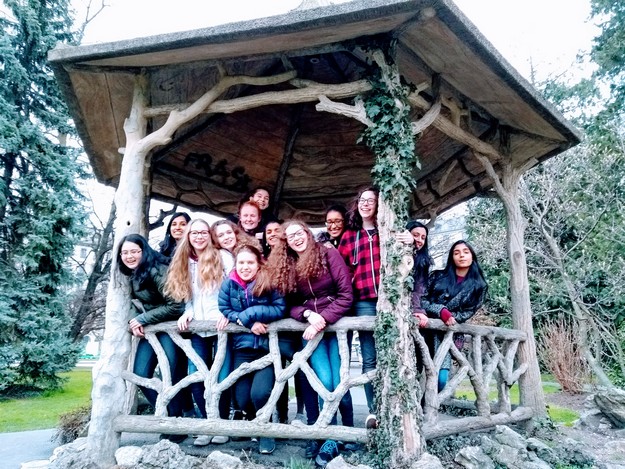 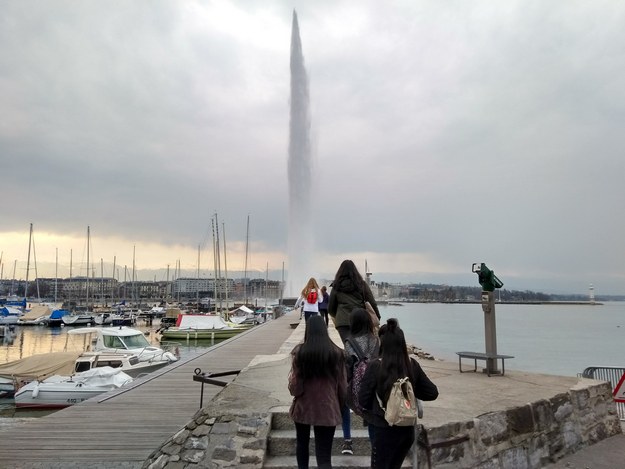 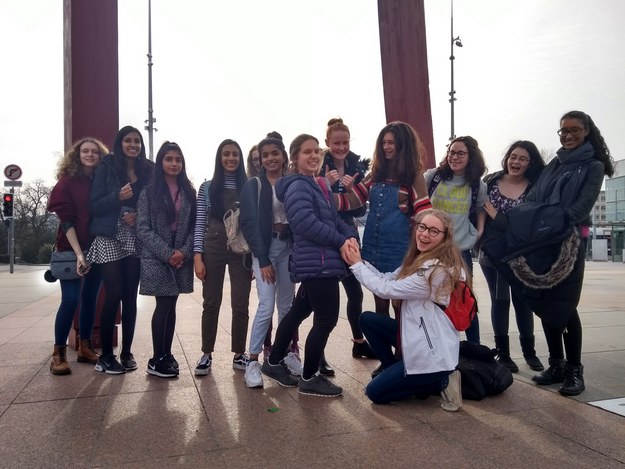 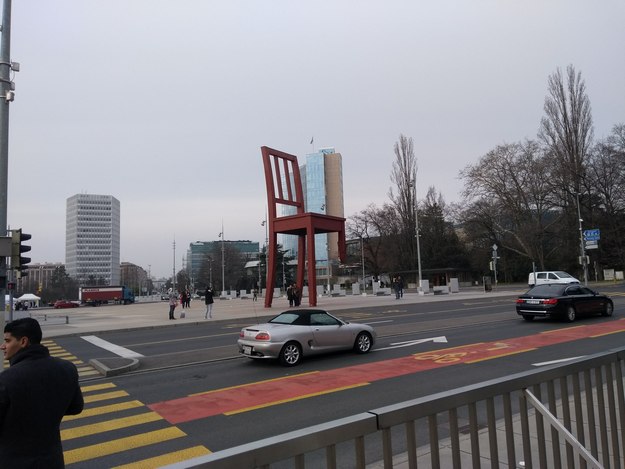 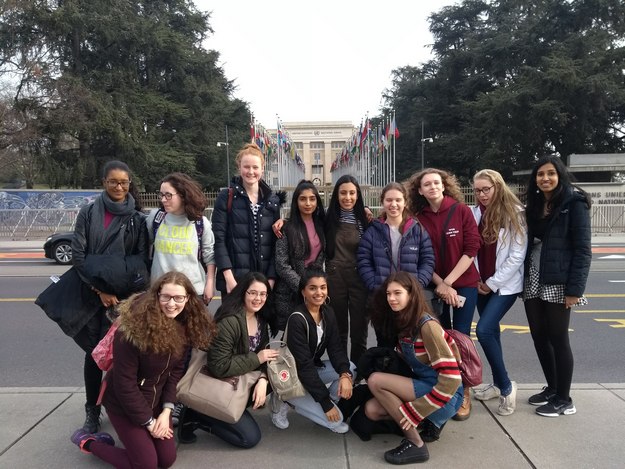 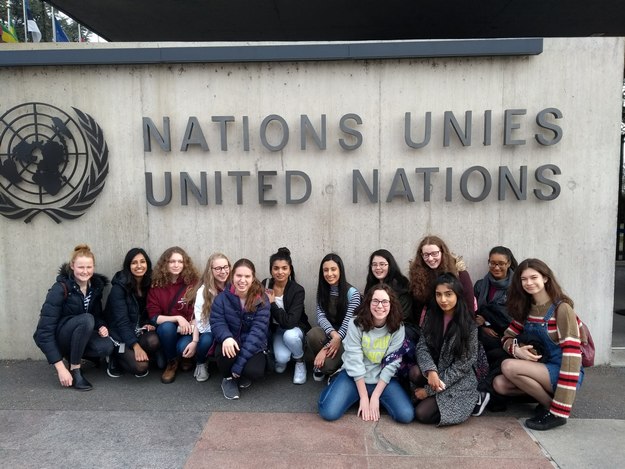 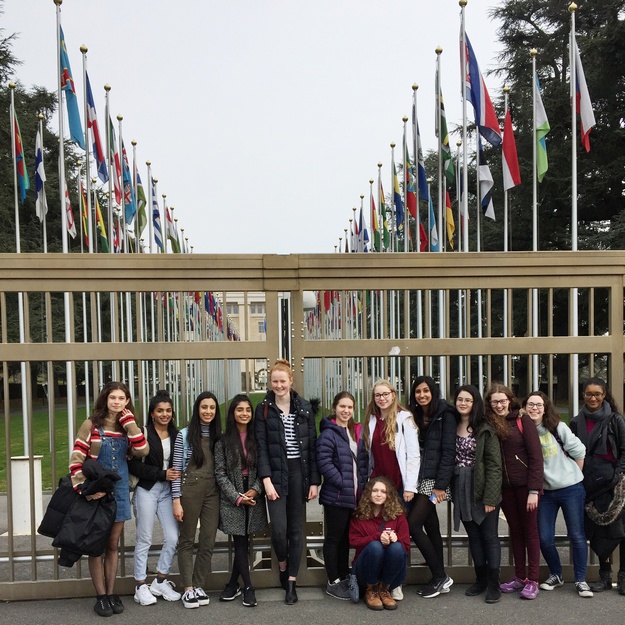 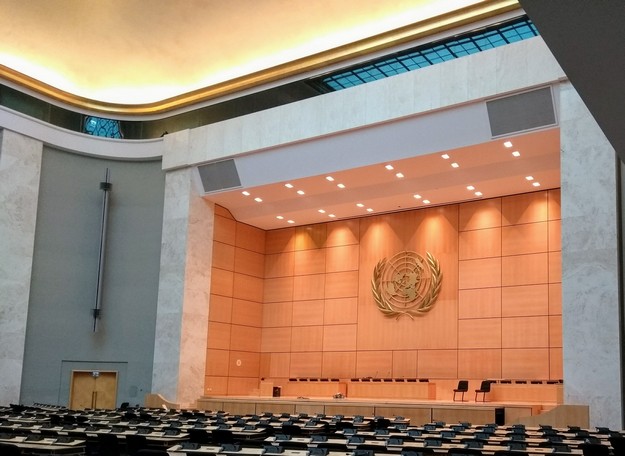 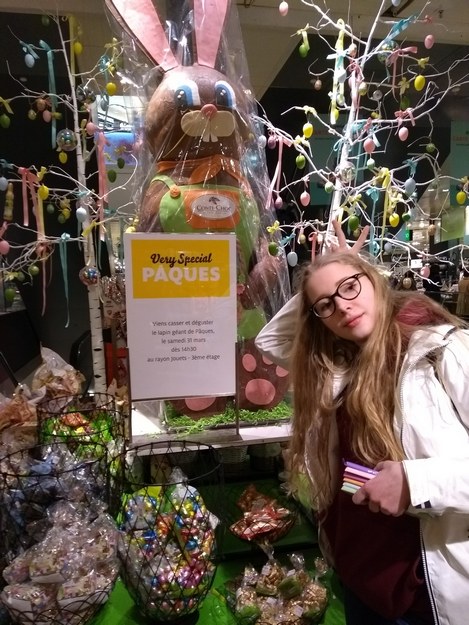 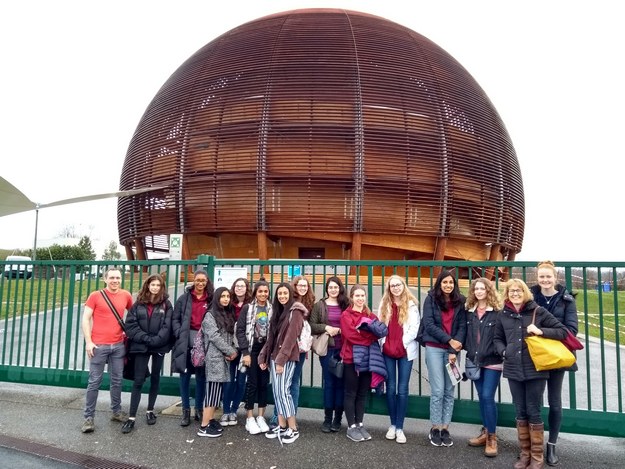 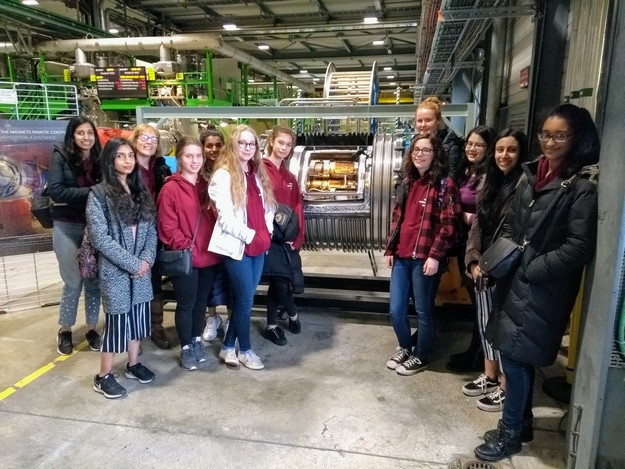 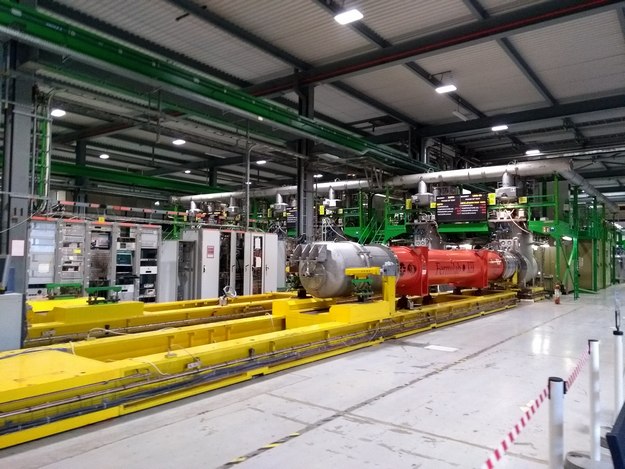 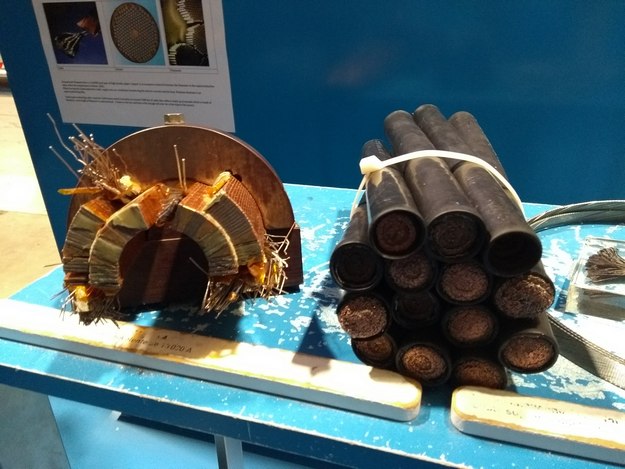 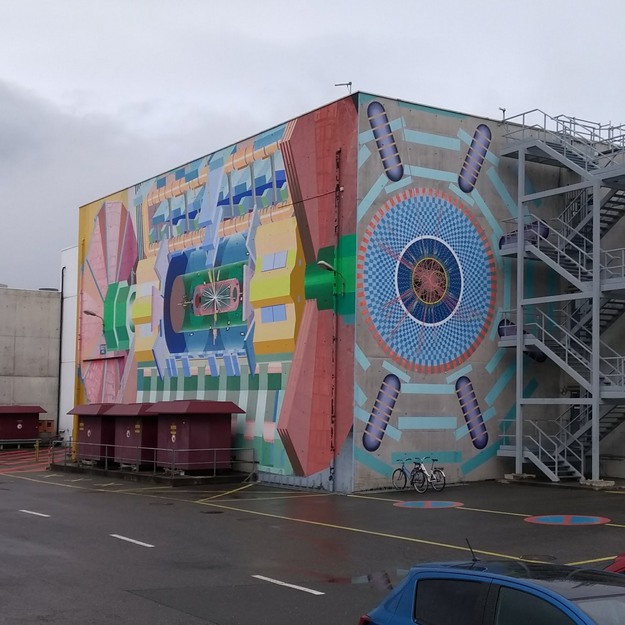 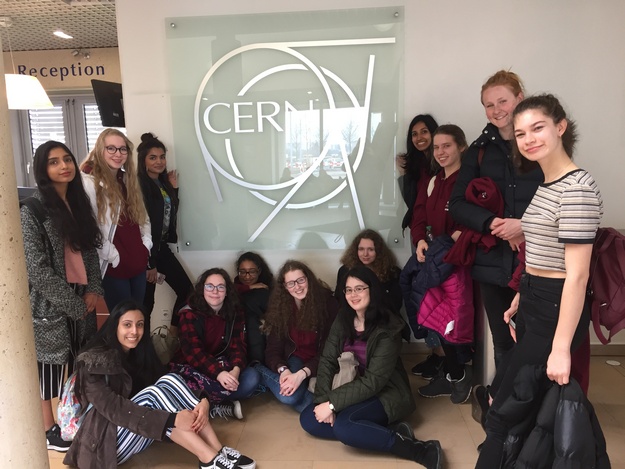 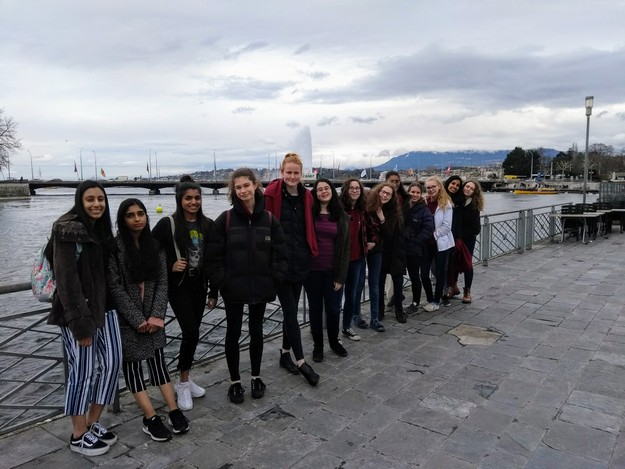