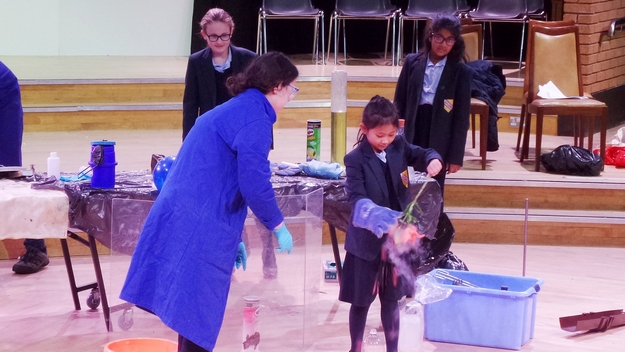 On Thursday 8th March, the Juniors were visited by some very exciting scientists from the University of Manchester Chemistry Department. They brought lots of serious-looking equipment with them to teach the girls all about solids, liquids and gases. 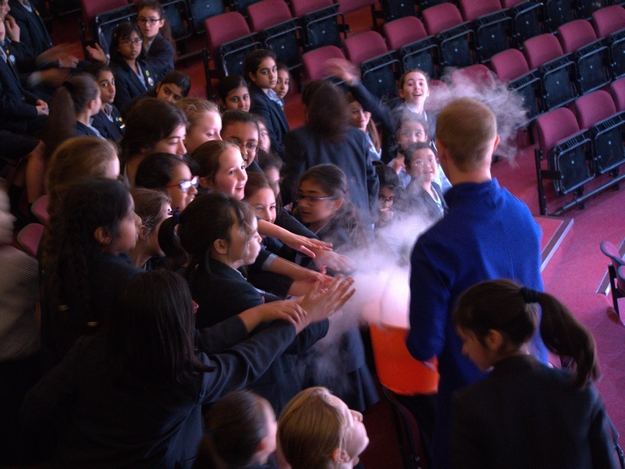 The scientists, Theresa and Seb, proved that gases take up more space than liquids by exploding test tubes containing dry ice (frozen carbon dioxide) and creating yards of foam from dry ice and washing up liquid. 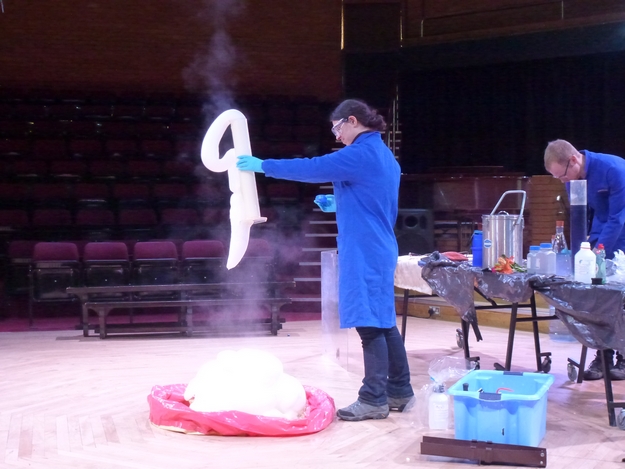 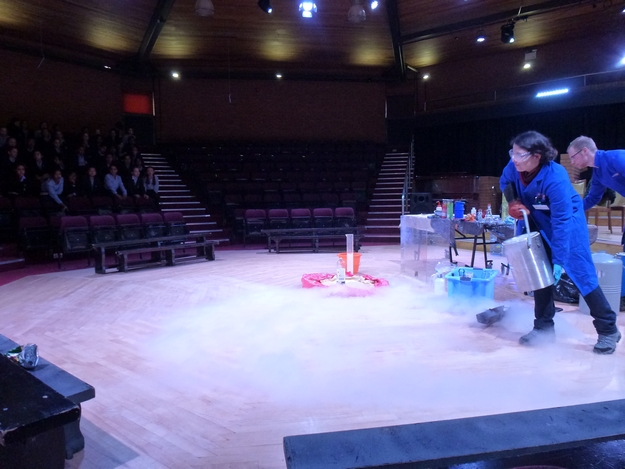 Theresa also poured liquid nitrogen across the Arts Centre floor which instantly turned into a gas and crept along  towards the audience! 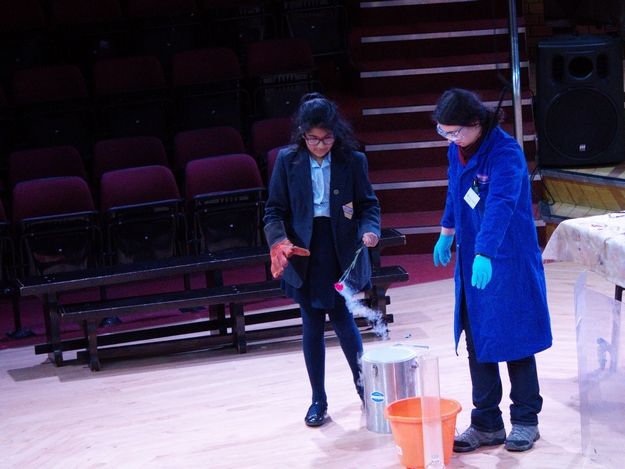 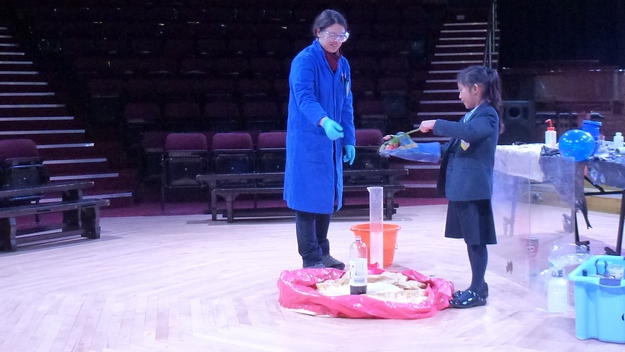 Three lucky girls joined in the fun, dipping a flower into liquid nitrogen, super-freezing it instantly, then making it shatter into tiny pieces just with a slight squeeze of a (thickly gloved) hand! 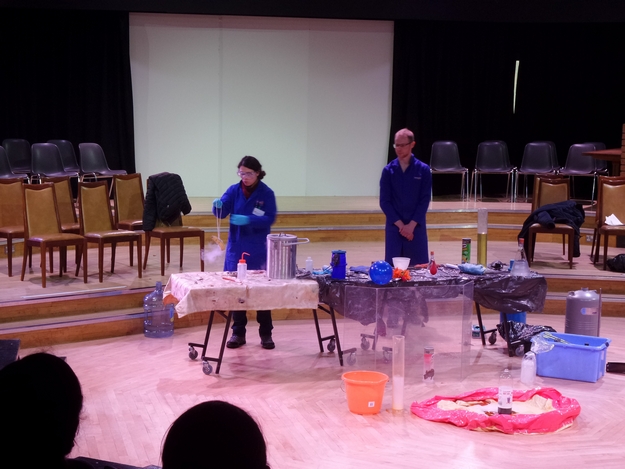 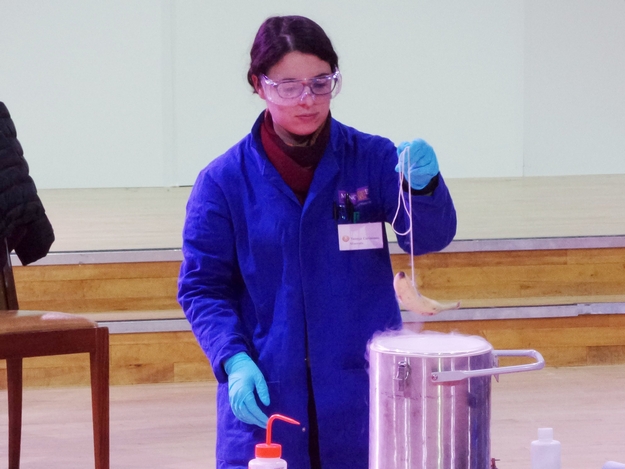 Theresa also shattered a banana into tiny pieces which was very impressive. 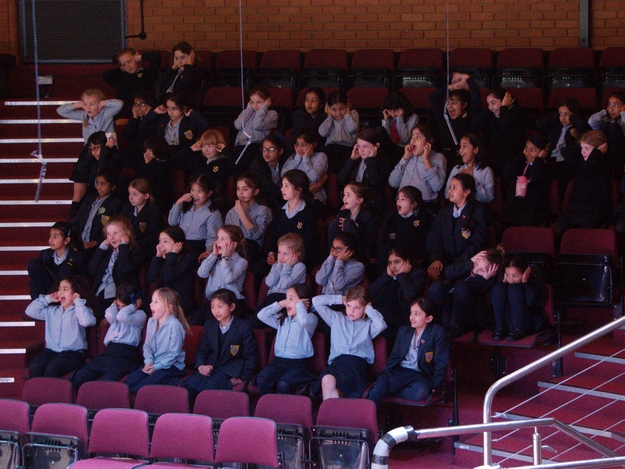 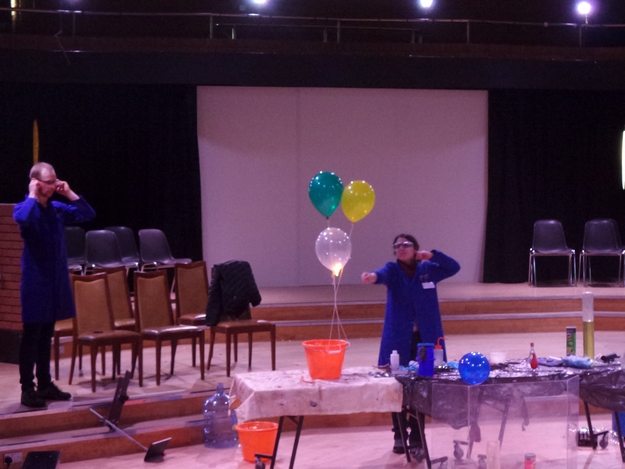 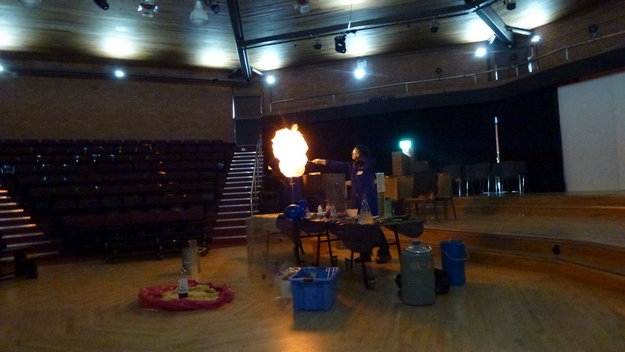 All the Juniors had a fabulous time and were amazed at what they’d seen! 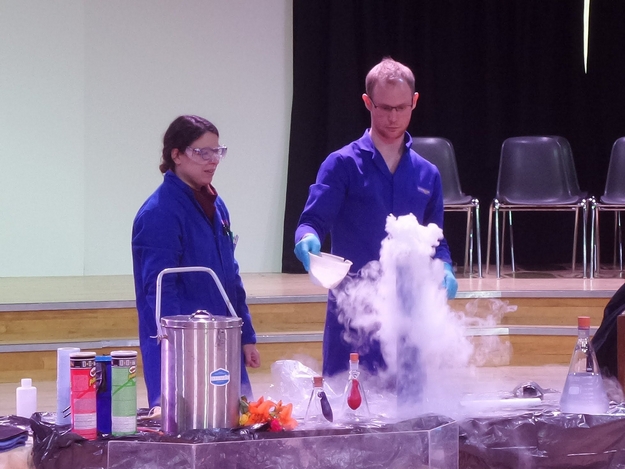 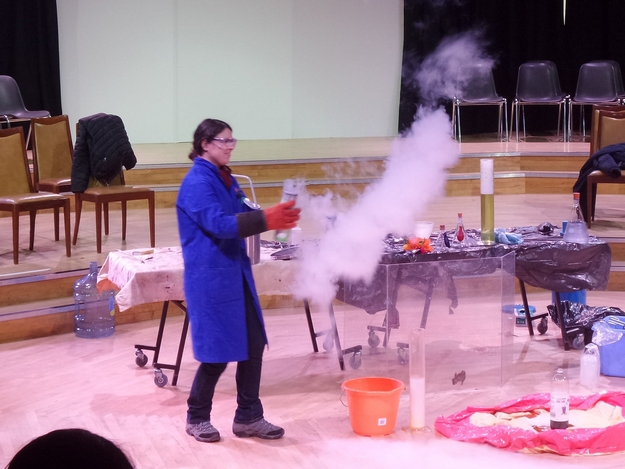