Junior Sport in the Autumn Term 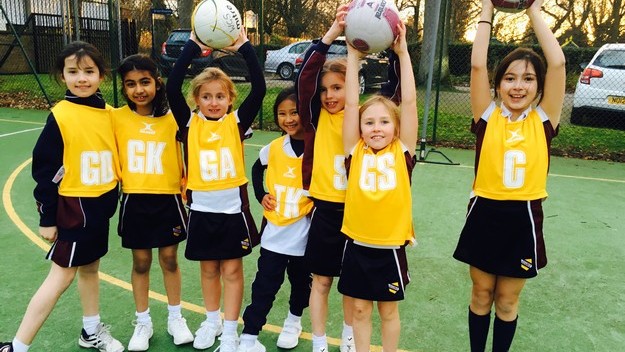 Junior pupils had a very busy term of sport enjoying some good competition, some friendly matches and lots of practices during and after School!

All teams have been in action from Year 3 to Year 6, both in friendlies, giving many more girls the chance to play, and in earnest competition with the A and B teams seeing lots of action.

Lower II A and B teams opened the new Netball season with hard-fought matches away at Bowdon Prep School. Both teams narrowly lost but ‘A’ Team Captain Kitty Towers said: “We had so much fun, the time flew and we can’t wait to play them again!” More matches have followed for Lower and Upper II with excellent wins v St Bede’s, Moor Allerton and Stockport Grammar. 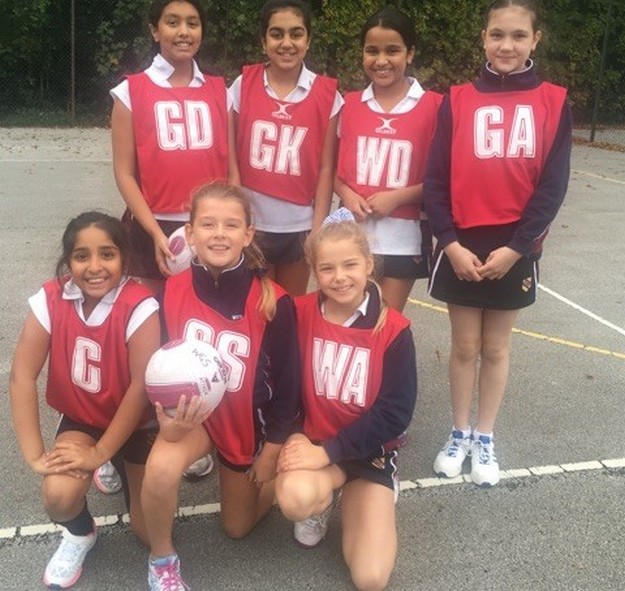 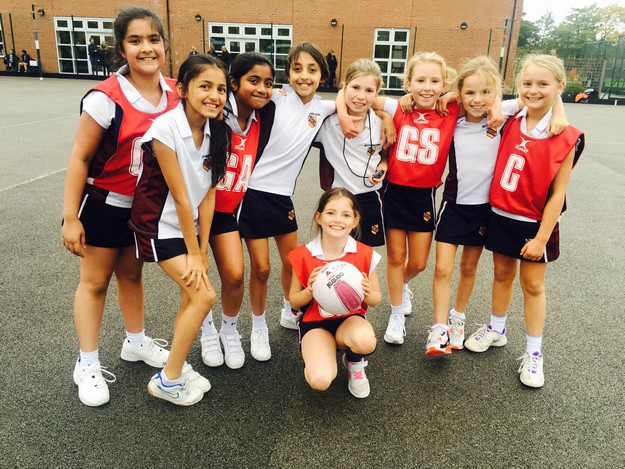 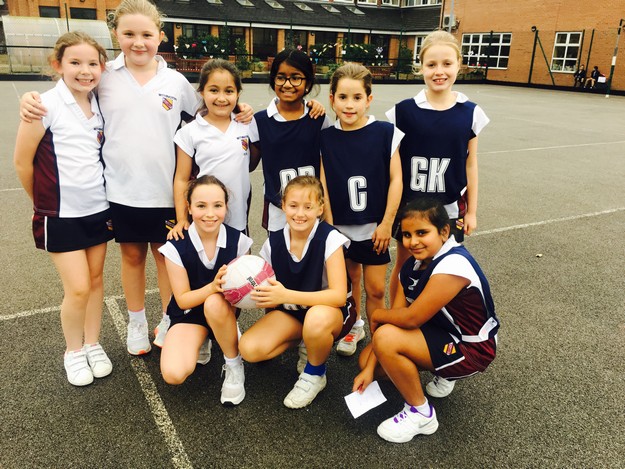 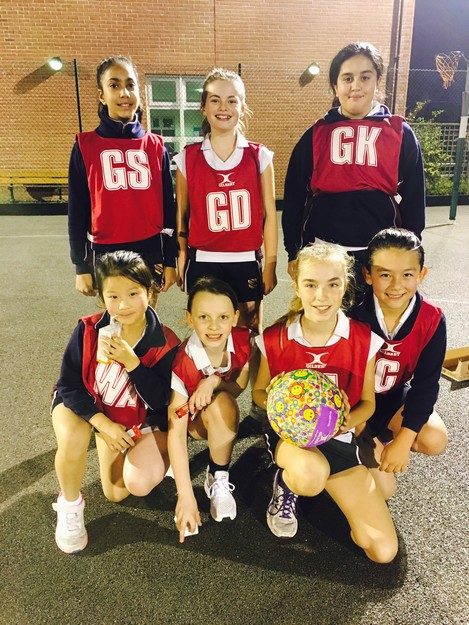 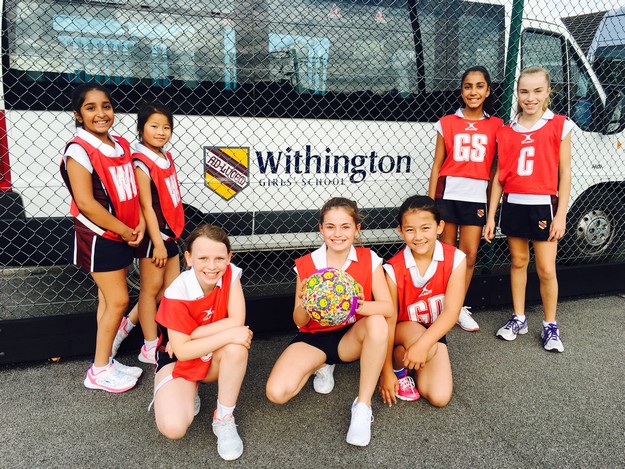 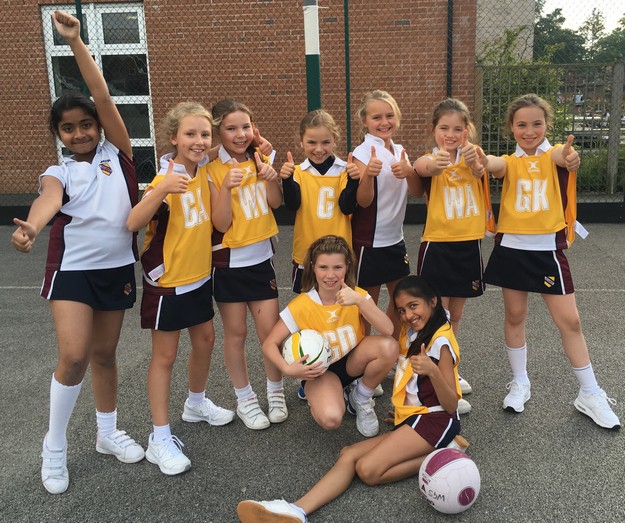 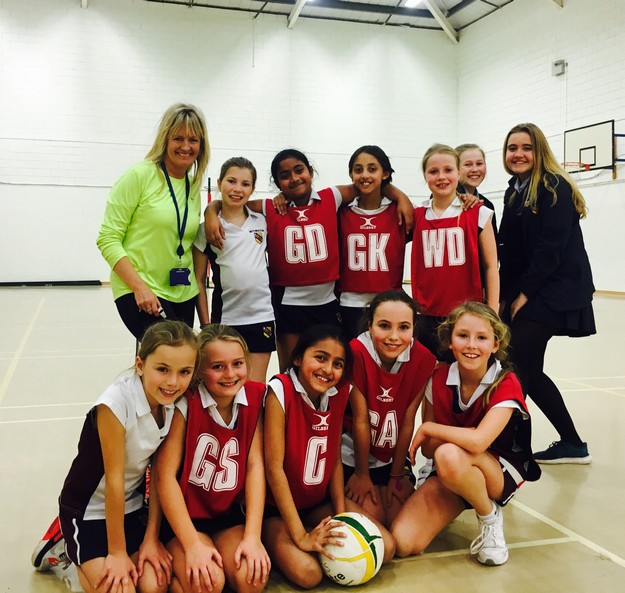 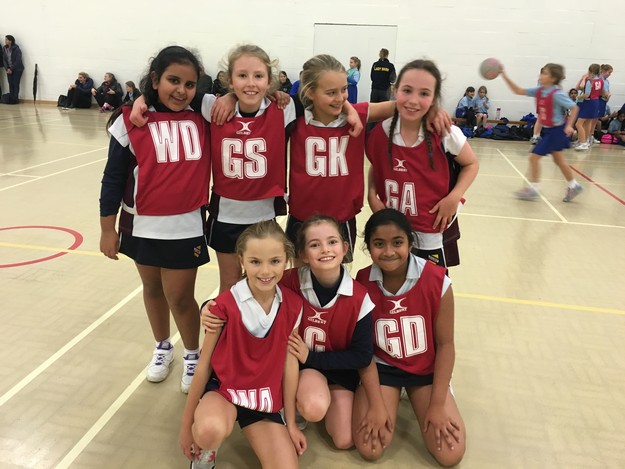 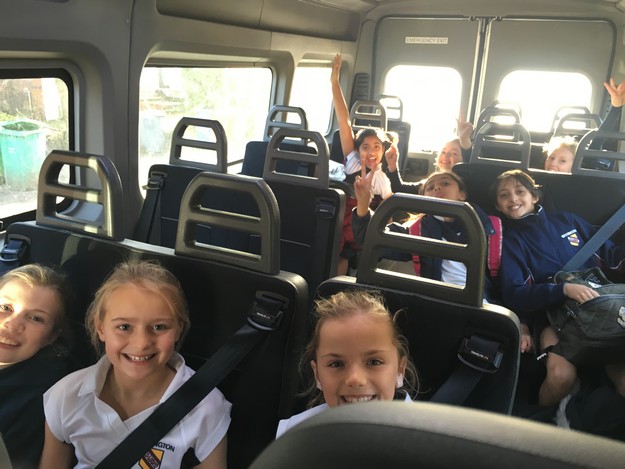 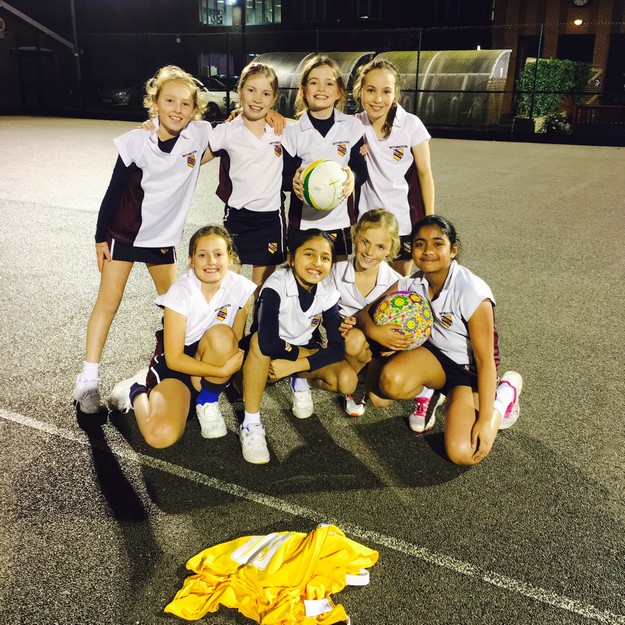 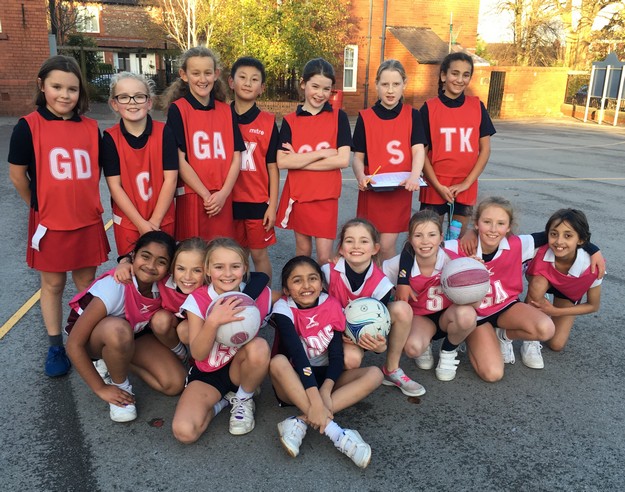 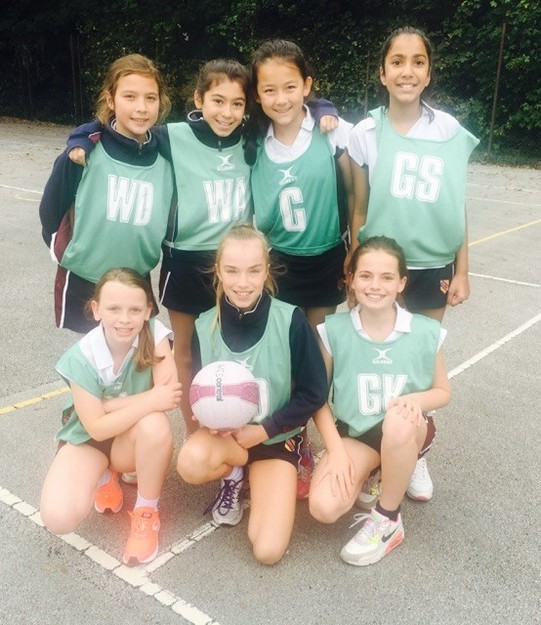 On Monday 18th September, Withington girls were invited to play Bowdon Prep at the best sport in the world: NETBALL!

After the relatively short coach ride, we arrived at Bowdon Prep School and went straight to the netball courts. After a short warm up, the game began. The first goal was shot by Aastha which was amazing then there was a second by Layli. BPS scored next and by the end of the first quarter the score was 5-3 in our favour. Hurrah!

It was the beginning of the second quarter and it was 7-4 to Withy, but BPS applied some pressure and it became 7-5, then 7-6 … until the score was 8-10 to BPS. We refused to let our heads drop and continued to get into space and this led to a miraculous comeback to bring the score to 11-all. It was the end of the third quarter already! We couldn’t believe how quickly the match had gone so far, but they do say ‘time flies when you’re having fun’!

It was the last quarter and we were all shattered form attacking and scoring which meant we had to dig deep to defend our net. We held out for a good while but finally had to give in to the pressure and graciously concede the match and call it a day. Congratulations to BPS who came out winners 26-17. We all then enjoyed orange and apple segments together.

Despite the loss, we remained positive and kept our Withington spirits high. The player of the match was Aastha and we look forward to the return match!

On Monday 25th September, Withington were warmed up and ready to play St Bede’s.

After an uplifting pep talk from Mrs Lane, the whistle blew and the game began. The first goal went to us which was very good, very quick and very encouraging as it led to a flurry of other goals until the score reached 6-0 at which point the first half was over, surprisingly quickly.

We all gathered in a huddle and a few of us changed bibs and after a quick drink of water we were back in full swing and we managed to shoot some more goals. The people on the sidelines we very supportive and shouted tips such as ‘Stick to your player’, ‘Come on Withy!’ and lots of ‘Shoot, shoot, shoot!’ With all the encouragement we made it to the end of the quarter 9-0 up.

It was the third quarter and we were still going strong, scoring quickly from our centre. St Bede’s came close to scoring from their centre but an excellent interception from Chloe saved the day and sent the ball back up court. The end of the third quarter arrived and you would think we would have been puffed out but no, we kept up our game.

In the last quarter we continued to give it our all and passed the ball so well that we scored further goals and just like that the game had ended. We had won 17-0 and after a small celebration with our team mates, we gave three cheers for St Bede’s and we all enjoyed apple juice and biscuits to end an exceptional match. Our player of the match was Aastha.

On Wednesday 11th October the Year 6 B team took part in a netball match against Stockport Grammar. Our team members were myself, captain Radhika, Amy, Zoe, Florrie, Zainab, Lily and Nikita. In the first half, we were in the lead 4-0. We were strong as a team with good passing skills and nice techniques, all taught to us by the amazing Mrs Lane. We could have improved on our replay of the ball and a few of us (not all) could have stayed tighter with our players.

In the second half, we also played well. However, there were a few minor issues such as contact, replay of the ball and held ball and rushed passes. But altogether, we worked well as a team and the final score was 9-0. At the end of the match, we did three cheers and the player of the match was Lily. I think this choice was agreeable as Lily was always calling when she was in space and also she was good at defending the passes to the other team. Overall, this was a well-played match although we did make a few mistakes. We were also pleased that the A team won 16-0 and Louisa was player of that match.

On Friday 20th October, there was a Year 5 netball match. The match was against Stockport Grammar and there were two teams playing in this game.

In the first quarter we did very well and the score was 3-1 to us. Our shooters did an amazing job and their technique was on point.

The second quarter was a nail-biting time. Stockport scored one more goal and we were nervous that they would score another but we made a great comeback and scored two goals. In the third quarter we were on fire! We were running up and down the court and got four goals in. Every time Stockport tried to get the ball in the goal our defenders blocked it and we got it back. The final quarter was just as exciting! Our great shooters managed to get two goals in and Stockport got one. The final score was 11-3. It was a fantastic match and another win for WGS.

By B Williams, Year 5

The School had a netball match on 22nd November and the C team played LBHS. It was a good game and everyone played well.  LBHS won but it was very close with a score of 7-5. I think we could have won by making sure we were doing accurate passes and making sure the other team didn’t get the ball. We need to always stick with our player and get the ball. We need to spread out so we don’t all cram in one place on the pitch. Overall, it was a great game and I hope everyone learns from these common mistakes.

Year 5 and 6 have played high five netball away at Stamford Junior School in Hale and it was rather novel to play against a mixed boys and girls team. Year 5 were behind after the first two quarters but in the third quarter WGS took the lead and won 16-12. There was some great team work and fantastic support from WGS parents. Stamford had made some gorgeous cookies for all to enjoy after the game.

Year 5 also had a very exciting 7-7 draw vs MHSG and it was great to have our Year 9 girls assisting with scores and time-keeping Year 6 had a very close match with a 10-9 win v Cheadle Hulme School. The team worked hard but Cheadle Hulme Goal Attack kept getting her shots in. Well done to all.

Four Year 6 teams played a set of friendlies vs Ladybarn with honours even at the end with two wins each. Everyone had a great time and enjoyed the matchplay.

The cross country girls have been in action this term with great success at the local fun run and the Year 5 team won the Silver team medal against much harder competition at the AJIS (Association of Junior Independent Schools) cross country– Well done! 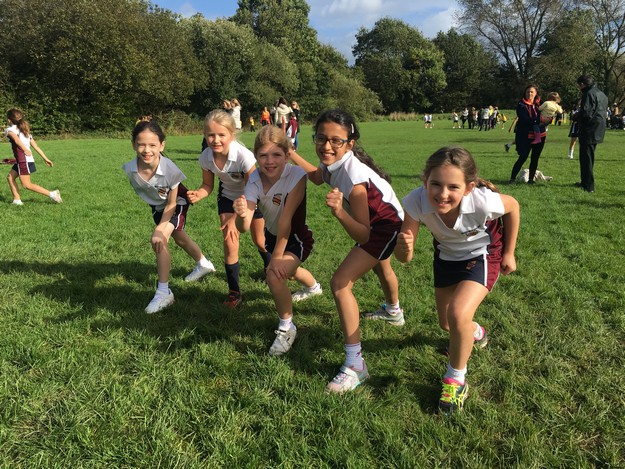 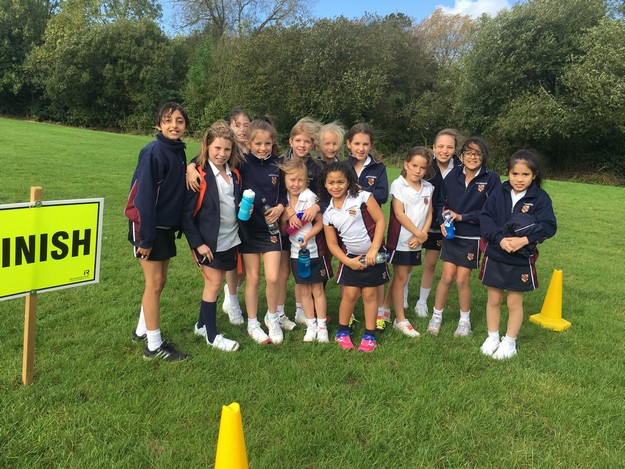 Year 6 A and B were in action in the Manchester Schools Tournament. The B team had a hard run of things but won a match, drew one and lost 3, coming 7th out of 11 teams. They improved in every match they played and should be very pleased with their performance on the day. 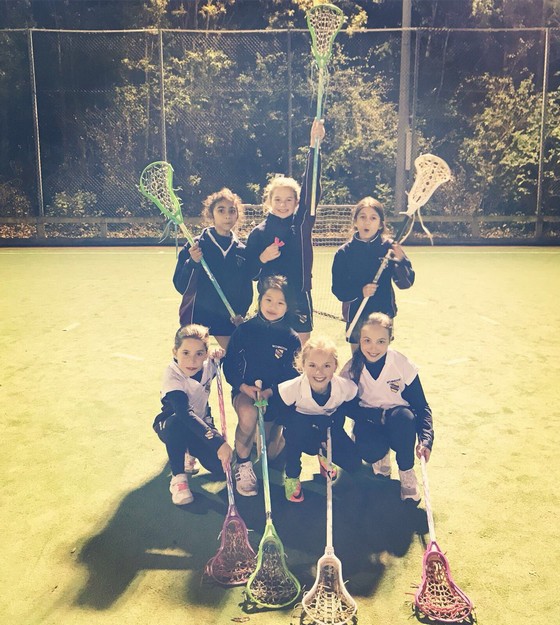 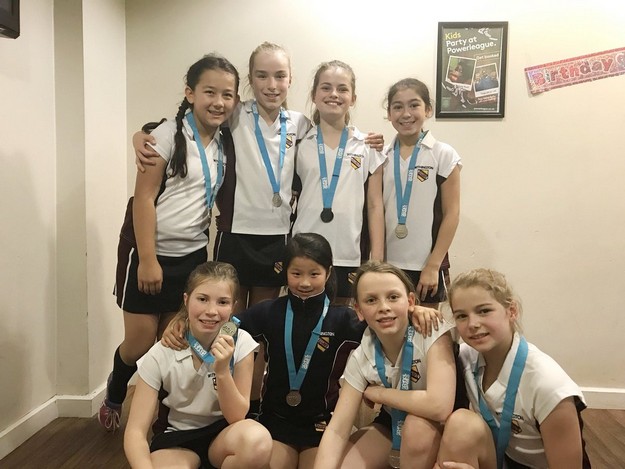 The A team won all four matches in the group including the semi-final convincingly, scoring 33 goals and only conceding three goals. They then had a rough and boisterous final losing narrowly 3-2. They were silver medalists overall and qualified for the North West Final in March.

Great team play from everyone!

Juniors have enjoyed more hockey practice and matchplay than in previous years and have thoroughly enjoyed it.

Indoor Athletics has also been popular with Juniors this season and, outdoors, an admirable number have taken on Cross Country competition.

Table Tennis continues to be popular on a Monday and several girls have taken up table tennis outside school (at Stockport Table Tennis Club) as well.