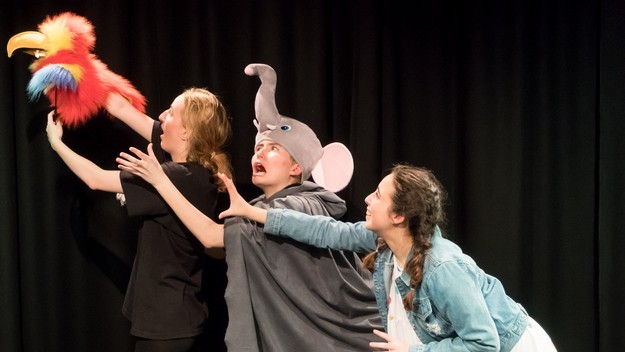 In October, Year 12 and 13 students took part in a day of workshops with Splendid Theatre Company. They explored approaches to devising, looking at the practitioners Artaud and Berkoff. Year 11 worked with the Sixth Formers in the morning and Year 10 took part in the afternoon workshop. Students were encouraged to consider physical approaches to text and the resulting pieces were very engaging, in parts incredibly humorous and also covered some very serious issues. Everyone was very encouraged to see how much interesting material it is possible to produce within one workshop.

Students from Years 10, 11, and 13 went to see Kneehigh’s The Tin Drum at the West Yorkshire Playhouse in October. Very innovative and engaging in its approach to exploring the narrative, students really enjoyed seeing the range of techniques including puppetry, ensemble story-telling, creative uses of set and props, live music, the use of song, narration, choral moments, physical theatre and audience interaction. The Year 13 girls found the skilful use of puppetry an especially useful inspiration for their devised piece. Year 10 students were inspired to incorporate and adapt a range of the techniques from the production into their current devising project and the Year 11 devised pieces each picked up on elements of the show.

Theatre trip to see Around the World in 80 Days

In December, students from Years 10 to 13 went to see Laura Eason’s adaptation of Around the World in 80 Days at The Lowry. Everyone absolutely loved the show; they particularly enjoyed the audience interaction, slapstick comedy, skilful multi-roling of eight actors for 125 roles and many humorous moments. They were inspired by the very inventive use of props, interesting set changes and precise uses of sound. All of the techniques will be beneficial when pupils consider their approaches to scripts or devising projects.

Our A-level students joined with students from Manchester High School for Girls for a workshop with the highly successful and innovative Paper Birds Theatre Company. They explored approaches to devising material, incorporating a range of verbatim and physical styles. The pieces that they produced were interesting in their use of choral speaking, choral characterisation and exaggerated characterisations. They skilfully wove text with movement and produced very engaging pieces.

Away with the Fairies 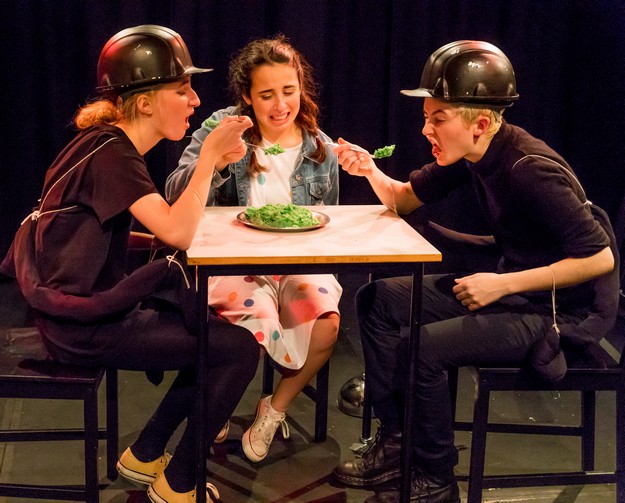 The Upper Sixth A-level devised piece entitled Away with the Fairies was inspired by Polka Theatre’s Operation Magic Carpet, where a child interprets a statement literally when she is told that her mother had left her heart in Baghdad. The students explored the idea of a child being told that their Grandmother is ‘Away with the fairies.’ As part of the devising process, they saw a Polka Theatre performance called Child of the Divide as well as a range of clips from various Polka Theatre shows. 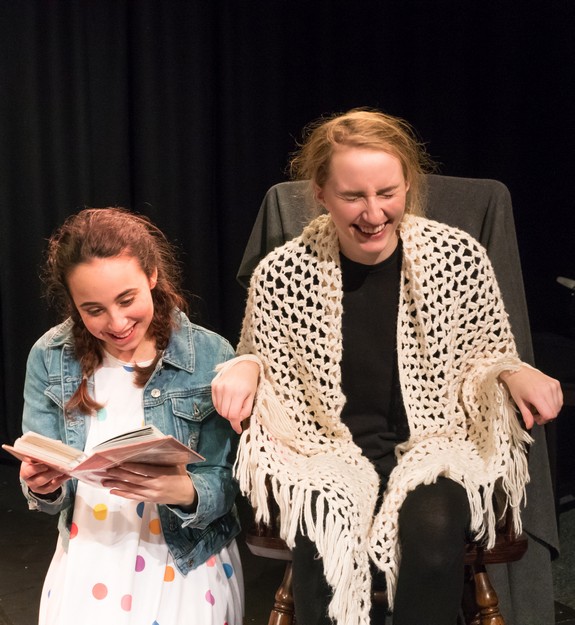 Particular inspirations included the idea of a magical world or magical moments and other influences included shows with a focus on the domestic setting, puppetry, sensory uses of set, approaches to comedy and the use of creative adaptation. LAMDA teacher Ms Randle led a puppetry workshop which the students found very useful. They also interviewed Junior School girls to discover their interests in terms of narrative content and themes. 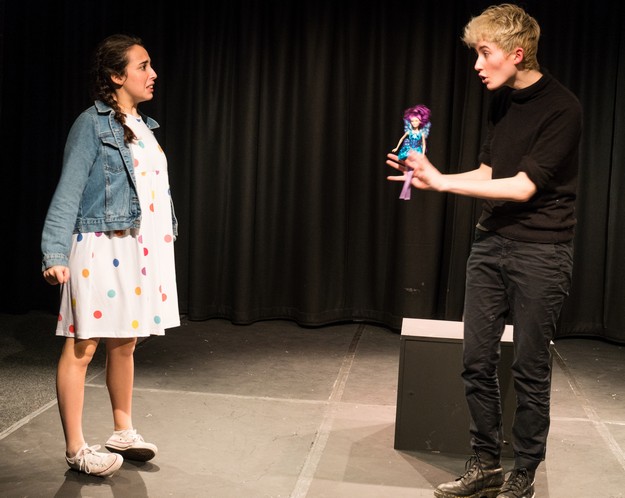 A piece was then created for children and was performed to both Year 5 classes, who were captivated by the performance. Their feedback session after the performance highlighted how carefully they had reflected on the theme of dementia.

The narrative focused on the relationship of a young girl, Lottie, who, through trying on her greandmother’s glasses, enters the magical world of Grandma’s mind. With elements of the Alice in Wonderland world, Lottie experiences Grandma’s topsy-turvy world where things are not as you would expect: stomach bugs attempting to live as culinary chefs; a snail who attempts to run very fast; and an elephant who always forgets and who guards the door to the fairy headquarters. Lottie eats the culinary disasters created by the stomach bugs, is spurted out of a monster’s stomach, has to outwit a scheming parrot and help the elephant to rescue the key to the door. 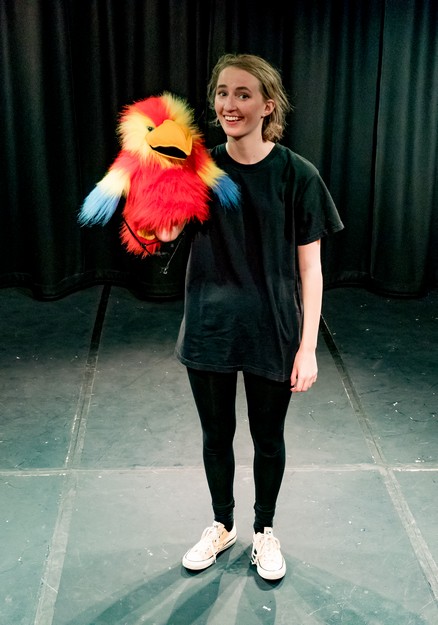 She eventually meets with her Grandma who explains how each character she has met is a link to a person she knows in the real world. Lottie returns to the real world and has a new understanding of her Grandma’s experiences. The piece was witty, hilarious and extremely original in its characterisation and approach. The Year 5 girls also loved the creative use of props, puppetry, sound and lighting. 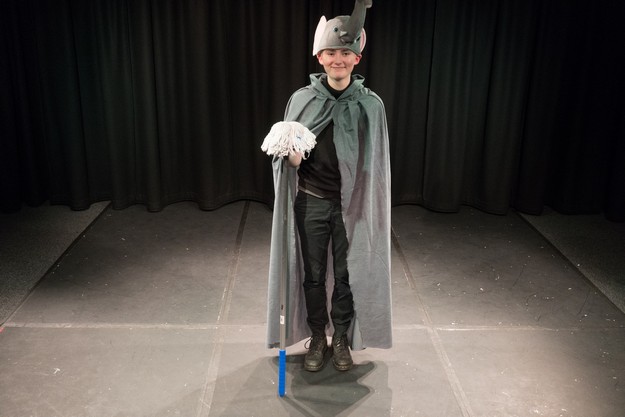 On 30th November, GCSE Drama students performed their devised pieces for their Component Two exam in front of friends, family, staff and students. They worked on the theme of crime, punishment and justice. Each group took a different approach to the range of stimuli that included poetry, songs, a documentary about youth crime, a comedy clip exploring aspects of the theme, and historical stories about transportation. They then researched stories and worked hard to devise a piece of drama, responding well to the challenges of the process and working collaboratively to respond to feedback and develop creative responses to the theme. The audience very much enjoyed seeing the culmination of their hard work. The drama pieces were thought-provoking and innovative, sensitively exploring the stories and prompting the audience to carefully consider the issues they portrayed. 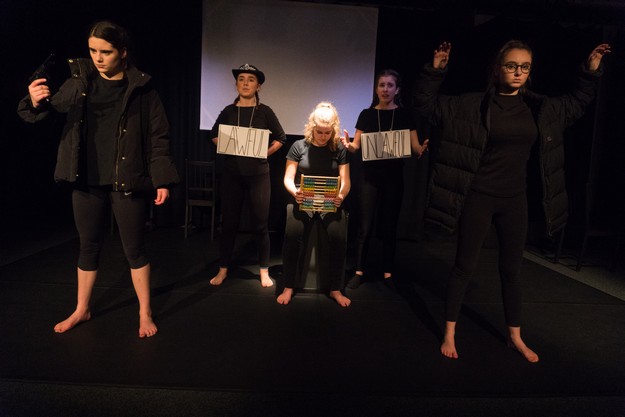 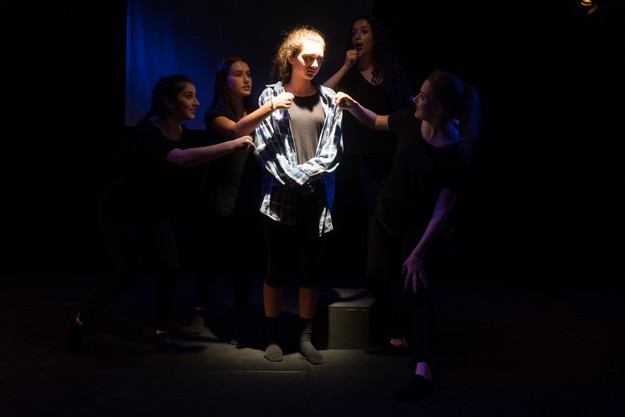 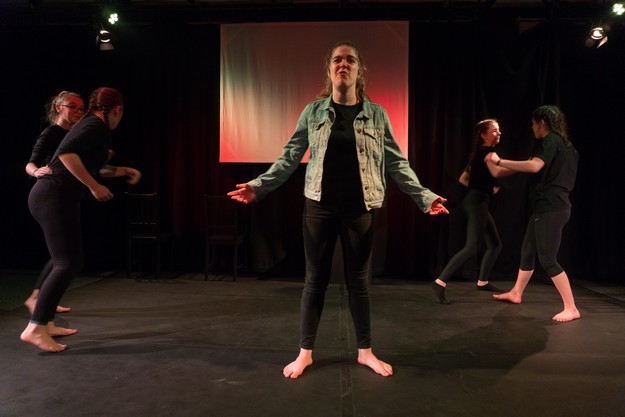 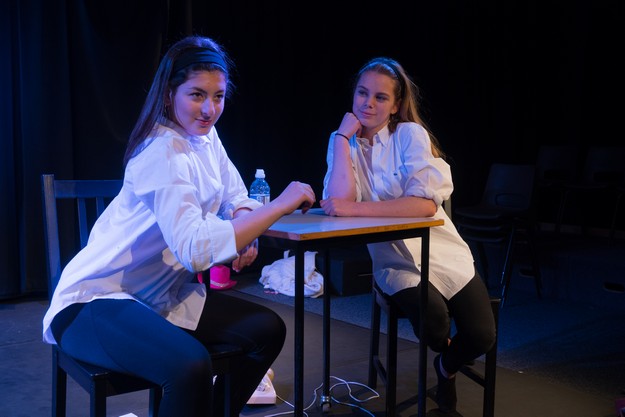 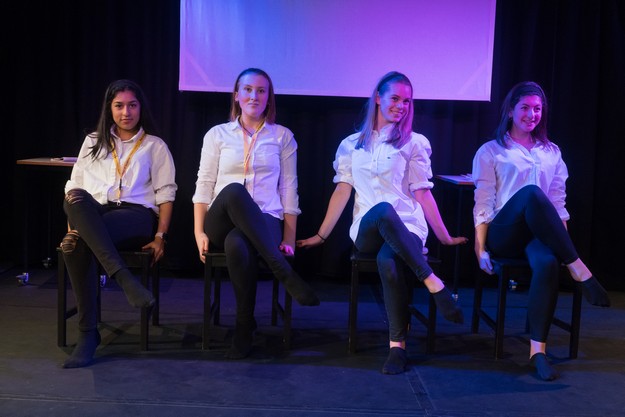 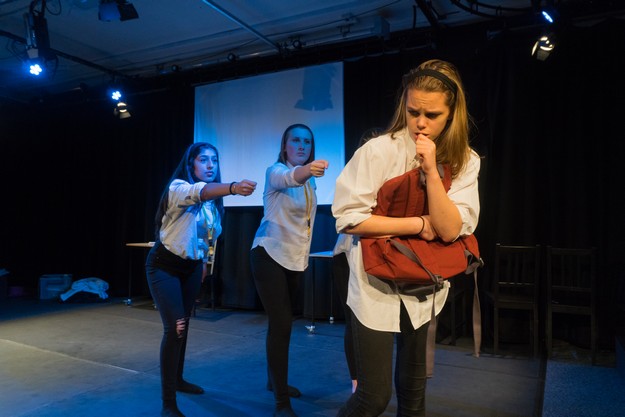 Did you hear what happened to the Ramseys?

This piece explored how a family, crippled by the murder of their young daughter and sister, are torn apart, blamed and made caricatures by the media. It portrayed a range of scenes to highlight the influence of the media on the perception of the family: the global news story; documentary evidence; the brother attempting to cope with rumours in school and the persistent attention of the media; JonBenét at a pageant with her mother; interviews with case experts juxtaposed with interviews with the family and their memories, interlinked with a recording of the actual phone call the mother made to the police.

No Justice, No Peace

This piece explored the case of the shooting of Mark Duggan and the situation surrounding his death, told through the eyes of his peers, questioning whether Mark being shot by the police was a lawful action or not. Using ensemble story-telling and a range of physical theatre techniques, the group explored the tension and conflict created by the shooting, highlighting how the case became a catalyst for the riots. They explored the perspectives of locals, family and friends, as well as the police. Humour was used in places to highlight the varying responses to the case.

When a Fire Starts to Burn

The piece was based on the true events of the experience of Cameron Todd Willingham, an American man who was accused of the murder of his own three children who died in a fire at the family home. It followed his journey through the criminal justice system and the inequalities he faced throughout the brutal process. Actors multi-roled as Cameron, using ensemble storytelling to portray his interactions with the media, his children, lawyers, prosecutors, prison officers and fellow inmates. They revealed the true facts of the case and how an innocent man lost his life. A range of physical theatre techniques were used to explore the difficulties and injustice that Cameron faced. 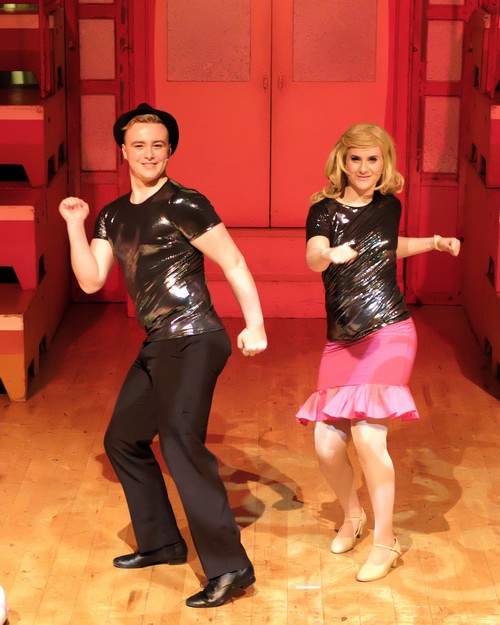 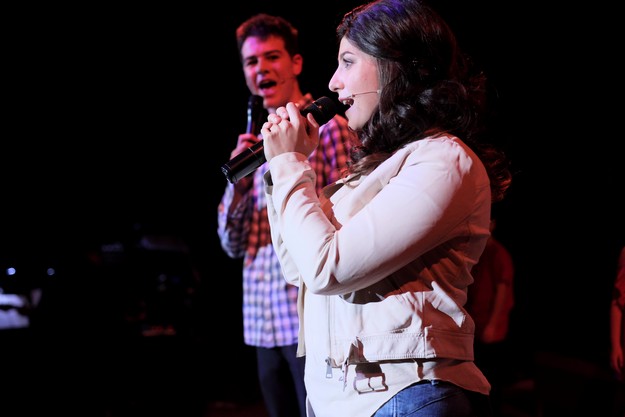 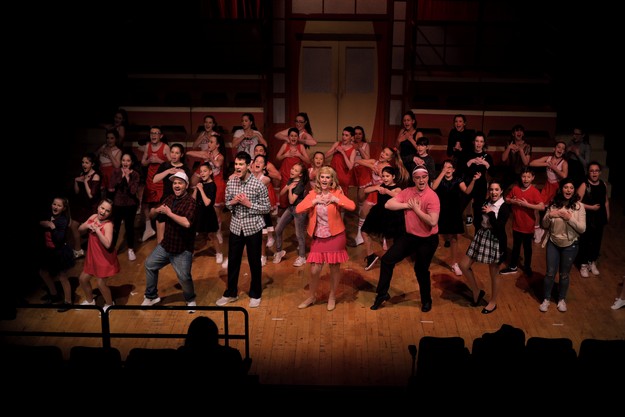