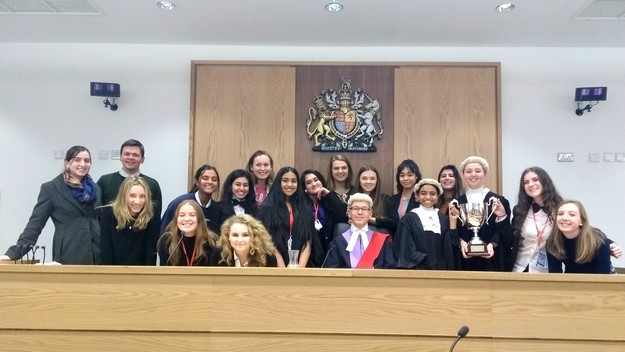 Withington Lower Sixth Formers have won the Sir Rhys Davies Mock Trial for the second year running. Taking the roles of barristers, witnesses, clerks, ushers and the accused, the WGS team won every one of their trials against excellent opposition at Manchester Crown Court on Saturday 25th November. Well done Withy girls! 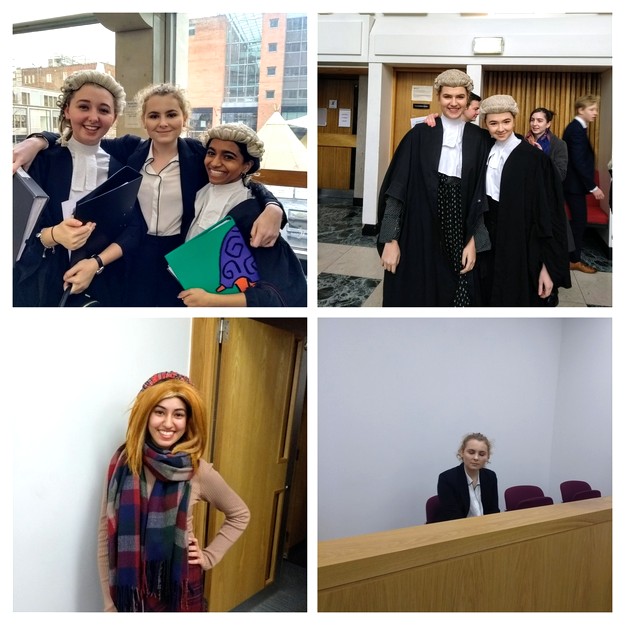 After weeks of hard work and many hours spent pouring over the complex cases of Crown v Dodger and Crown v Houdini, Withington’s Year 12 Mock Trial team had the chance to showcase their skills of advocacy at Manchester Crown Court. Taking the roles of barristers, witnesses, clerk, usher, jurors and court reporters, they competed against 11 other local schools in some hard-fought legal battles. Having won last year, the pressure was really on!

Our league was comprised of Manchester Grammar School, Bolton Boys’ School and Bury Boys’ Grammar. After some wonderful examples of questioning and cross-examination from both our sets of barristers and some expert witness performances, we were announced winners of our league by a considerable margin, having won all our cases. This meant that we had made it into the final with the highest league score of any school would go on to compete against Manchester High School for Girls!

In the final we defended Harry Houdini against charges of theft with some calm and articulate cross-examination of extremely unhelpful opposition witnesses. Closing speeches were delivered and then we waited for the result to be announced by the presiding judge, His Honour Judge Leeming. The team was delighted to be declared overall winners of the competition and the judge added that he believed our team has a bright future in law and the talent to become impressive advocates.

Overall, it was a quite wonderful team effort and every single team member played an important part both in preparation and on the day itself. They made it an absolute pleasure for Mrs Bowie and Mrs Air. We would also like to thank our barrister helpers, Lucy Coulson and Joshua Bowker from 18 St John St Chambers, who helped in the last few weeks. To quote them after the competition: “The girls were a credit to your school and behaved maturely and professionally throughout the day, giving the trials a very real feel, and performed to a high standard.” To win for a consecutive year is a considerable achievement.