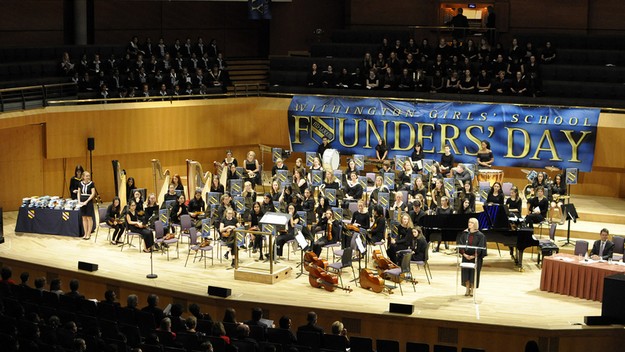 A Celebration of Journeys

This week, Withington celebrated its 127th Founders’ Day, held at Manchester’s iconic Bridgewater Hall, with this year’s theme being ‘Journeys’.

Guest of Honour was the High Sheriff of Manchester, Mr Gerry Yeung OBE. Many pupils took to the stage and gave outstanding performances of inspirational poetry readings or as part of the orchestra or choir. The highlight, as always, was the tradition of the presentation of a book of her own choice to every girl in the Upper Sixth. The longest tradition of all is the recitation of the Commemoration of the Founders by the Chair of Governors, this year read by Mr Malcolm Pike in his inaugural year as Chair.

Guest speaker was Withington Alumna, Emma Chapman (2004 leaver), who spoke about her school experience and how it had given her the self-belief to write her now critically acclaimed thriller How to be a Good Wife. Emma’s second novel The Last Photograph, was partly inspired by the photography featured in her own choice of Founders’ Day book, received on the Bridgewater Hall stage in 2003. 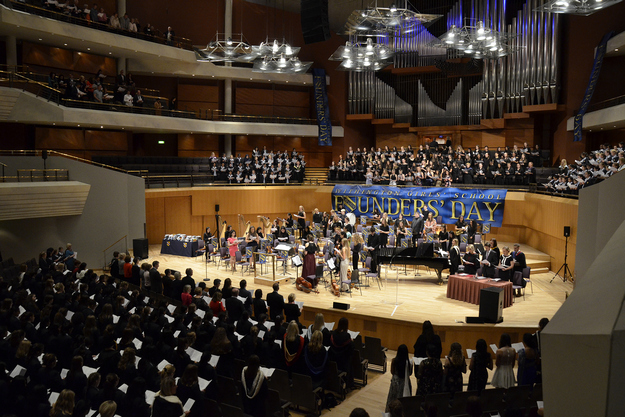 “The School’s journey from its beginnings in 1890 to its position today as one of the country’s leading schools for girls is truly inspiring and is testament to the emphasis in our Founders’ vision on doing what is best for the pupils. Today, as then, our focus is not only on our outcomes but also on how we get there – the journey is as important as the destination.”

She evoked the picture of Withington’s Founders bringing to reality their idea to create a school where girls’ education would be as rigorous as that provided for boys, and where every girl could be well-known. In a very far-sighted concept in 1890, the Founders also stipulated there should be ‘more physical activity’ than was usual in girls’ schools. Speaking about the Withington journey in the present day, where the founding principles still underpin a vibrant and happy school, Mrs Haslam highlighted that the development currently underway to enhance the School’s sporting facilities continues to build on the Founders’ vision. 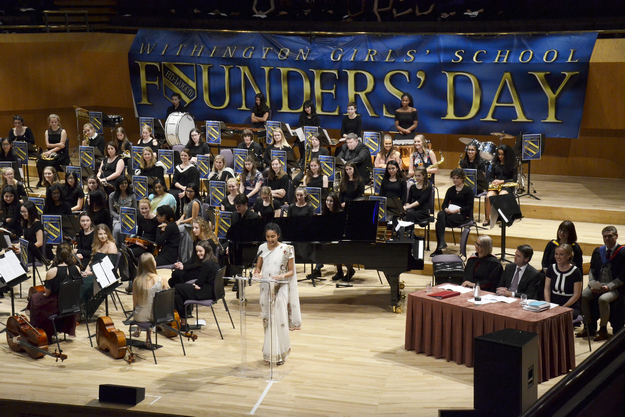 Withington’s Head Girl, Sejal Karmarkar, now in her final year at Withington, also spoke at the event, telling amusing anecdotes about her own journey from Year 7 forward, mentioning all the fun threaded through the academic life of the School, such as the Withington dance competition or making music videos during lunchtimes, and sharing her own thoughtful reflections. She added:

“My time here has helped to mould me into becoming the best version of myself and I have learnt to appreciate the importance of all the support, both academically and pastorally, that is offered. Importantly, I have learnt that being passionate about your subject and eager to do well is nothing to be ashamed of at Withington.”