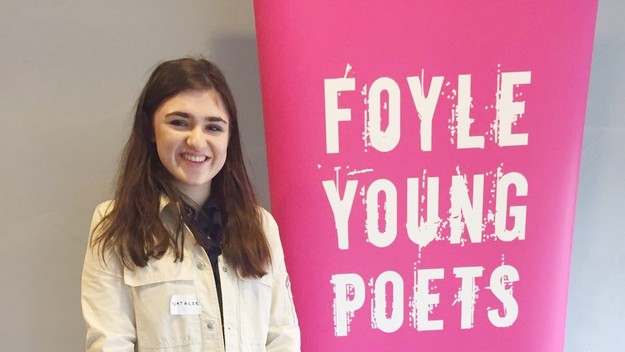 Upper Sixth pupil Natalie Perman has been awarded a top prize in the highly-prestigious international Foyle Young Poets competition, run by the Poetry Society. The competition, the largest of its kind in the UK for writers aged 11 to 17, attracted over 11,000 entries from 89 countries – and Natalie was delighted to hear that she successfully emerged as one of just 15 winners with her moving poem, Secrets.

As part of her prize, our Upper Sixth poet and her mother were invited to spend a day at a special awards ceremony, which was held on 17th October at the Royal Festival Hall in London. 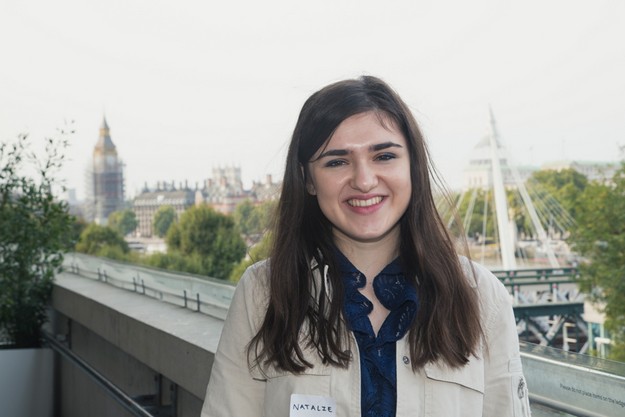 Natalie on a London rooftop – Photo by Christa Holka

Natalie, who was encouraged by Head of English Ms Christine Davies to enter the competition, wrote her poem whilst in the Lower Sixth and heard the exciting news of her Award four weeks ago. “It was unbelievable to be told I was one of the winners. My day in London was a fantastic experience and a day I will remember for a long time to come.”

Ms Davies, said: “We are incredibly proud of Natalie’s achievement. The Foyle Young Poets of the Year Award is a major writing competition and many former winners have gone on to publish work with publishing houses such as Faber and Faber and Carcanet. The Poetry Society describes the winners as ‘among the most promising young literary talent in the UK’ and says that ‘the ceremony is the first step in an ongoing process of developing this potential’. We very much look forward to seeing where Natalie’s next steps will take her!” 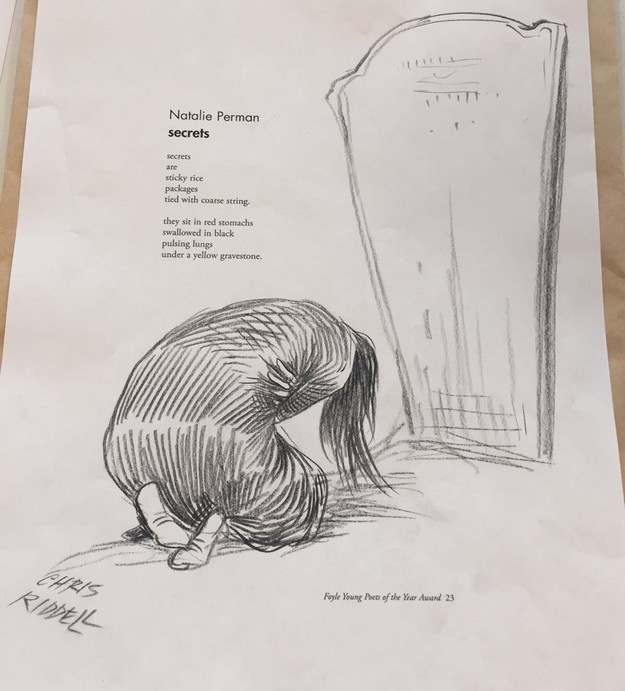 First published by The Poetry Society for the Foyle Young Poets of the Year Award 2017
www.foyleyoungpoets.org. 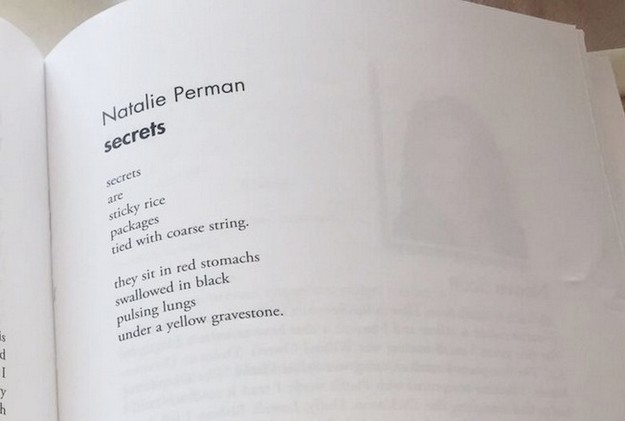 Here, Natalie tells us about her day at the award ceremony:

“The top 15 winners initially met and rehearsed with judges Kayo Chingonyi and Sinéad Morrissey before the Foyle Young Poet’s Award ceremony began. We were given bags with gifts of various poetry anthologies (and chocolates!) as well as a book specially picked out for each winner; mine was a book of Hebrew poetry in translation after my love of Yehuda Amichai. 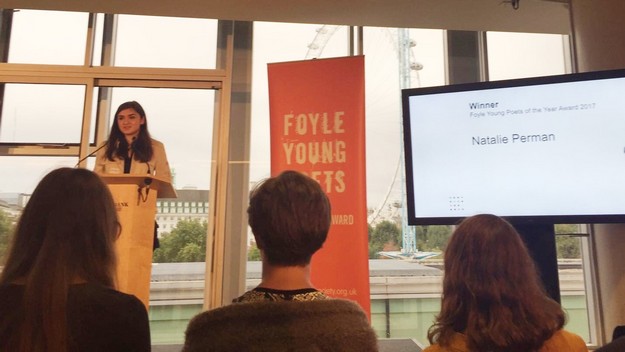 The judges gave us tips on performing our poems and answered questions on their work and the judging process, which had taken over 14 days of sole poetry reading to shorten over 11,000 anonymous entries from 89 countries to 85 commended and 15 winning poems. They also answered questions concerning the mentoring we will get and the Arvon residential course which will take place in February half term.

We had individual photos taken with a view of the Houses of Parliament and quotes were recorded for local news in our area. One of the highlights of the day was meeting the award-winning author and illustrator Chris Riddell who gave each of us a personalised illustration for our poem.  It was incredible to meet him as I had loved his Ottoline books as a child and it was amazing to hear his thoughts on my poem.

At midday the other 85 commended poets arrived with their parents/guardians and the ceremony began with a speech from the head of the Poetry Society. Then Kayo and Sinéad introduced each of the 15 “Overall Winners” before having them come up and read out their piece. Sinéad introduced me and said my poem was “concise and every word is perfect”. 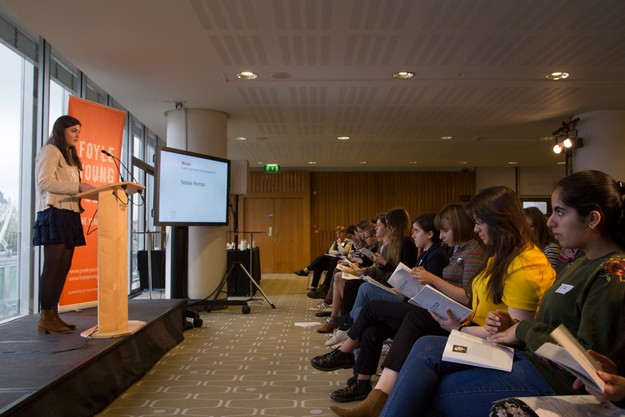 Following this, at 2pm the Poetry Showcase event began, part of the London Literature Festival, where poets such as Kayo and Sinéad spoke about the Poetry Society and read some of their own poems.”

Encouraged by her win, Natalie has just entered a similar competition aimed at poets aged 17 and over. She is now enjoying her prizes and says she is particularly looking forward to the residential Arvon writing course which she will attend with the other winners, along with judge Kayo Chingonyi.