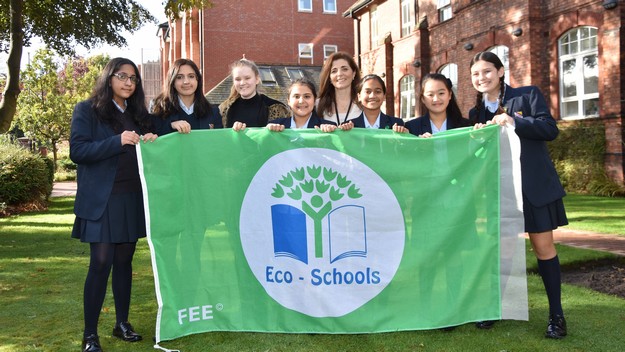 A new name, new roles, and a new Green Flag Award! We are delighted to announce that, once again, Withington has been awarded coveted Green Flag status following a successful renewal inspection earlier this term. The School first achieved this Award back in 2012, as a result of the hard work and vision of Mrs Howling, Dr Vilela, and the then ‘Eco Warriors’ club. Five years on, and the club is thriving, and now has a new name, ‘Eco Society’, and five new positions of responsibility for Sixth Formers.

Eco Society is comprised of girls from the Third Form upwards, who meet regularly and organise events under the encouraging guidance of Mrs Cotton, Dr Kenny and Mrs Howling. This year, Upper Sixth student Freya W became our first ever Environmental Officer, overseeing and coordinating all aspects of Eco Society. Freya will work closely with four Lower Sixth girls who have just recently earned the role of ‘Eco Prefect’ for their House. They will play a crucial role in planning and running exciting fundraisers, competitions and initiatives throughout the year. 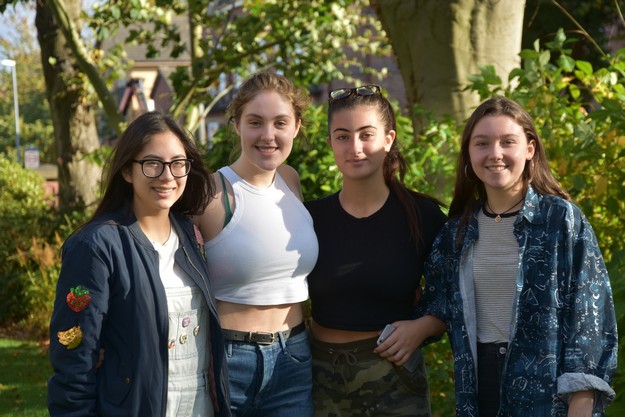 Impressively, since taking up her position, Freya has been shortlisted for the Manchester Council Youth Buzz Awards, in recognition of her positive achievements. Here, she talks about the Green Flag Assessor’s visit to Withington: “The Green Flag Assessor was incredibly impressed with the initiatives we have been taking here at Withington, to make our school as environmentally conscious as possible. 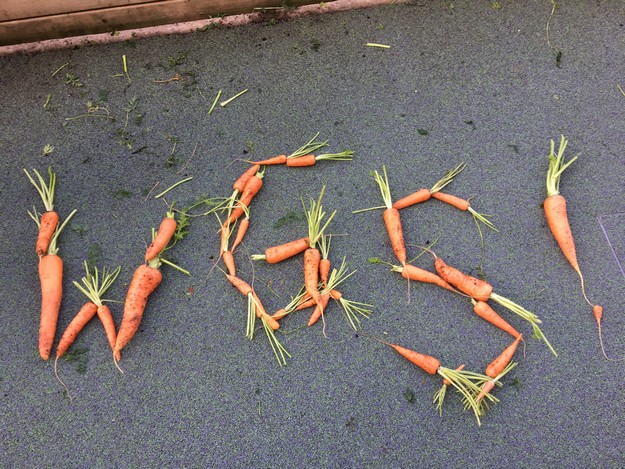 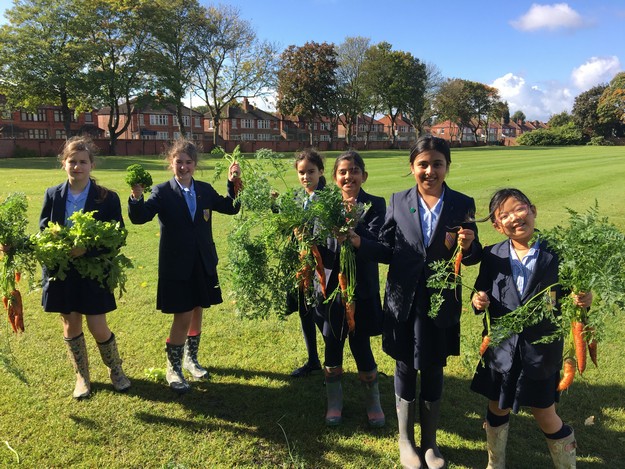 During the tour of the school, the Eco Society showcased the new ‘bug hotel’, the vegetable patch, the ‘Bronze Food for Life’ Award winning Catering Department and the revamped Arts Centre. When visiting the Juniors’ vegetable patch, Outdoor Club members were eager to show the Assessor our seasonal crops such as carrots and chives which are often used in the kitchen to enhance our lunches. The lighting in the Arts Centre has recently been upgraded to LED or Energy Saving Lamps, resulting in far lower energy consumption. The energy requirement of the stage lighting has been reduced from 24.2KW to 4.14KW as a result of these new lamps, helping both the environment and our electricity bill!”