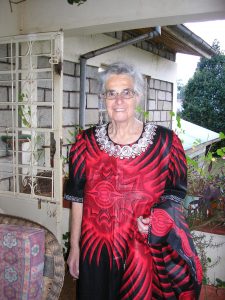 It is with great sadness that we share news of the recent passing of former pupil Ann Lipson. Ann was a very active member of the Withington Onwards Alumnae Community, and always followed news about school very closely, supporting us in any way she could.

Ann was well-loved and respected for her hard work in Kimilili, Kenya, as Deputy Director of the IcFEM mission (Interchristian Fellowship’s Evangelical Mission), often referring to all the children at the IcFEM school as her grandchildren. In Withington Onwards (2012), it was reported that Ann was awarded 2nd place at the Manchester University Awards for Social Responsibility. The judges recognised her role in developing a student sponsorship programme for girls in Kenya.

Ann worked and lived in Kenya for more than 30 years – teaching in a girls’ secondary school for 24 of those – and in the past welcomed students from Withington to the community in which she lives, where a street was named in her honour.

Ann’s most recent visit to Withington was the day of the 125th Alumnae and Former Staff Grand Reunion in 2015, when she travelled all the way from her home in Kenya to join us for the celebration. Ann said, “I am so glad I made the effort to come from Kenya. We also had a class reunion meal in the evening. Many thanks to Val Hempstock who organised us all! It is interesting to note that our year (1956) was the second best represented at the celebration.” Former teacher and pupil Val Hempstock (nèe Winstanley) and Ann had been friends since the age of 10, when they attended primary school together.

The Director of IcFEM, Solomon Nabie, and his wife Ruth visited Withington Girls’ School only last September to talk to Junior girls about their work. Ann referred to Solomon and Ruth, with whom she lived in Kenya, as her ‘adopted’ son and daughter. They are pictured below during their visit to Withington with Headmistress Sarah Haslam and Head of Junior School Kathryn Burrows. Our deepest sympathies go out to Solomon and Ruth, her adopted Kenyan family, and all of her many friends across the world. Ann will be sorely missed.

The Development Office is currently in touch with Reverend Martin Oram, a trustee of the IcFEM mission, who will send us more details about any planned memorials for Ann as they emerge. We will include a formal obituary in the next edition of our Withington Onwards magazine, which will be published in December 2017. 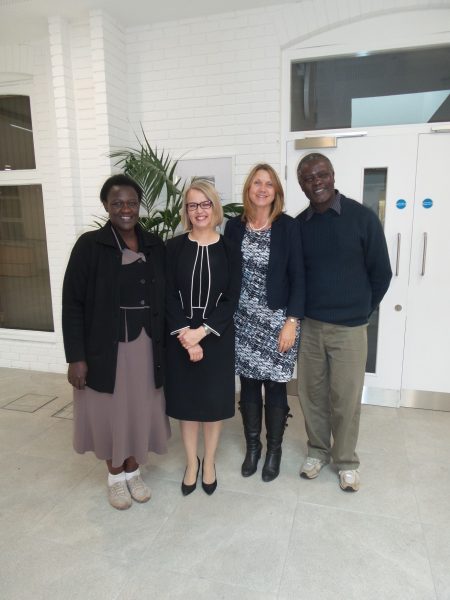