Our visit from a Roman soldier! 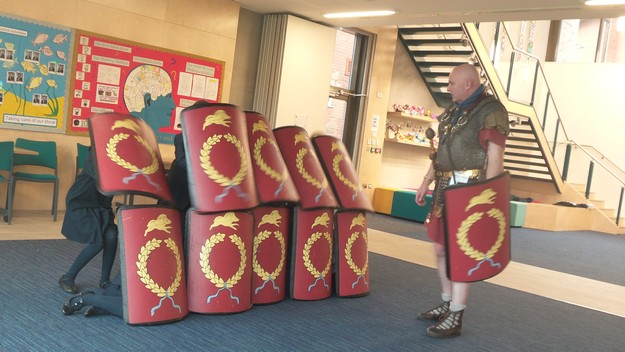 Yesterday, a Roman soldier came to teach us all about what life was like in Roman Britain and what it was like being a soldier. Firstly, we learnt about Roman British enemies, the Celts. They were very different from the Romans. Most of The Celts were farmers but some were also warriors and believed that blue paint was magic and thought it could protect them from the Romans. The Roman Soldier told us that if you were caught doing a very bad thing you would be sentenced to death! 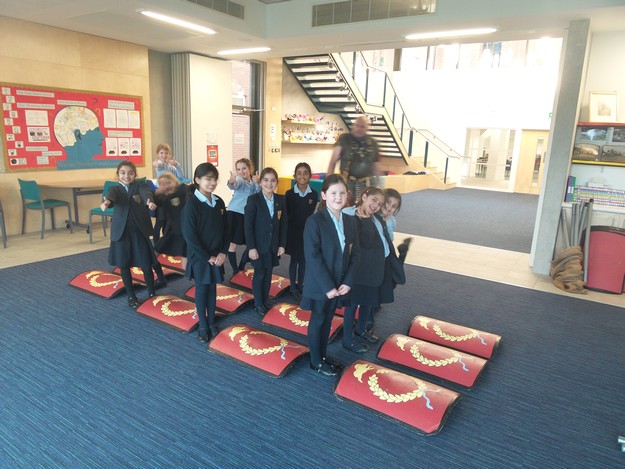 We were shown items of clothing and some giant underwear that the soldiers wore.  Some of the class put on a tunic and a belt to make a thick layer of fabric which was harder to stab through.  The chainmail went on top of that and it was really, really heavy!

After lunch we saw the inside of a Roman villa. We learnt about the toilets and the baths. The Romans washed by putting olive oil onto their bodies then they needed to sweat and then they sat in a fridge. The oil was scraped off with a ‘strigil’ and it looked horrible! After that, we went into the hall and learnt some shield formations called The Tortoise and The Wall. Half of the class were throwing javelins and the rest were defending using the shields. It was a really great day! 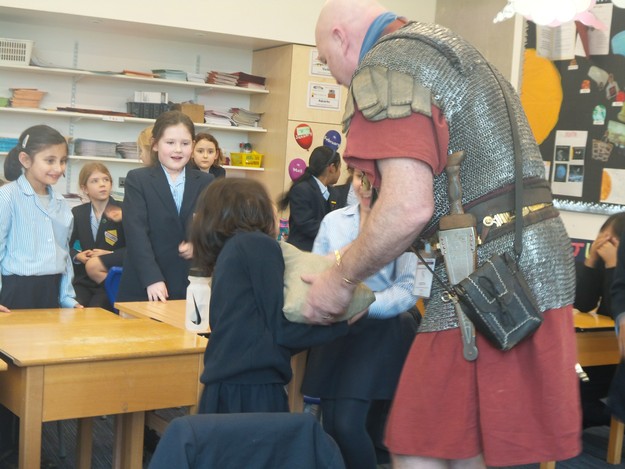 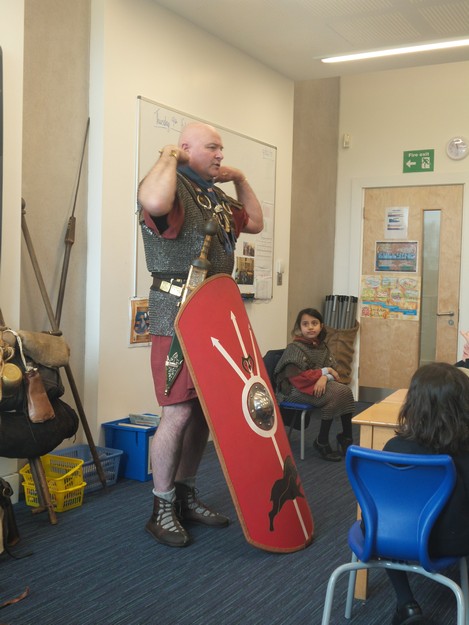 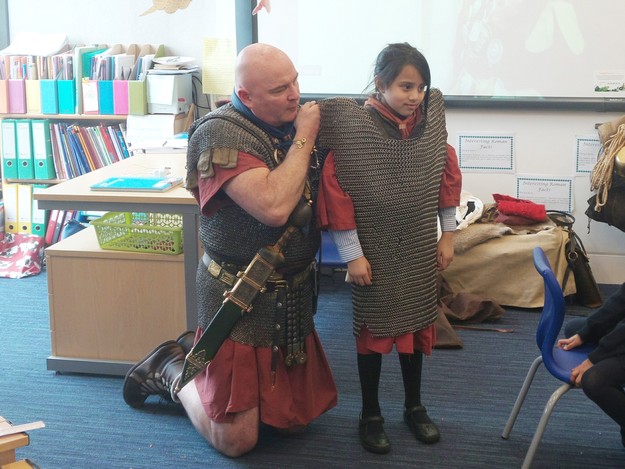 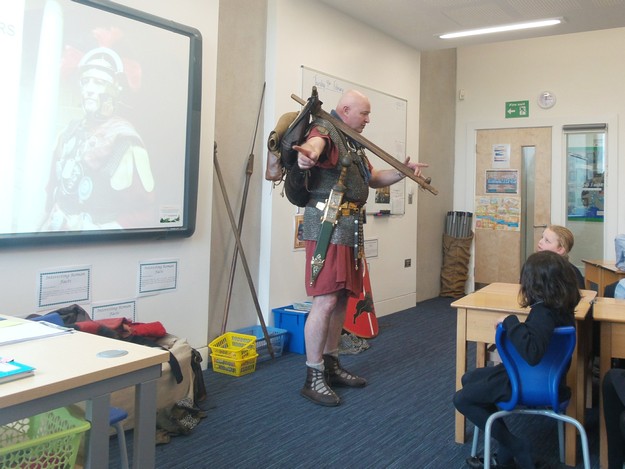 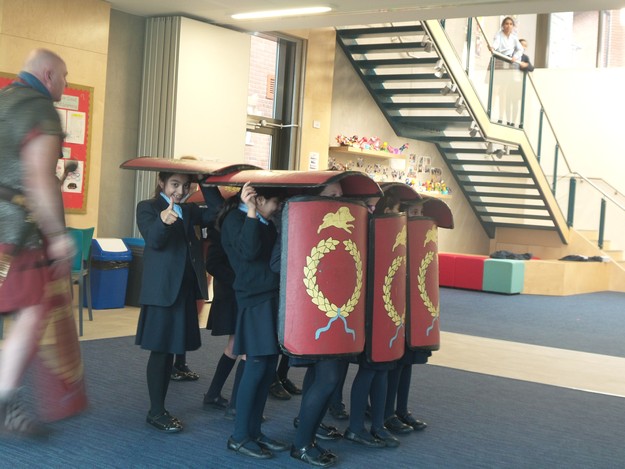 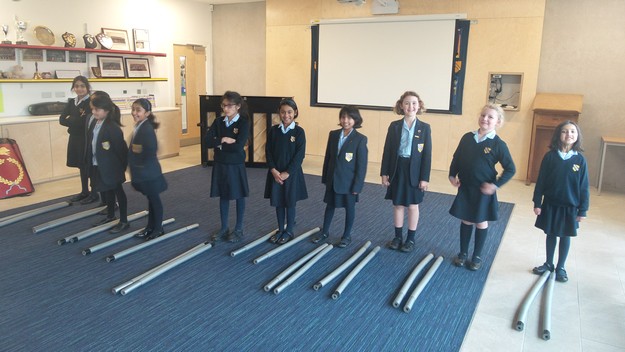 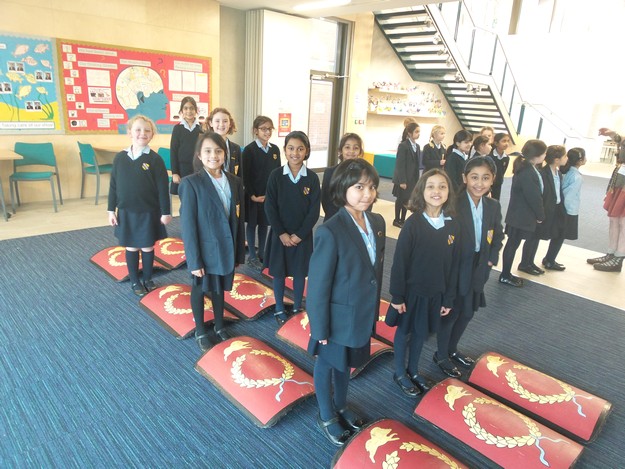 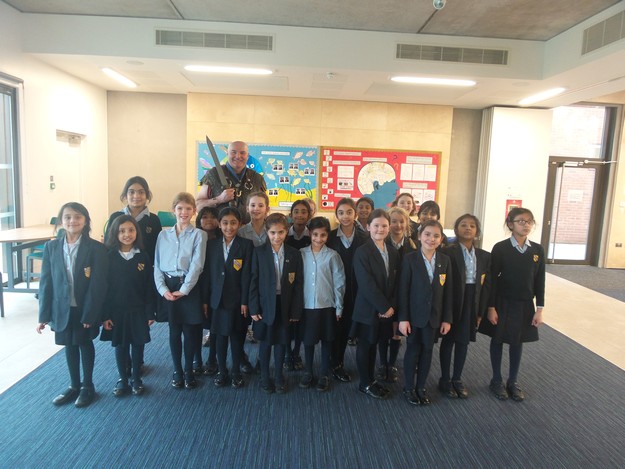 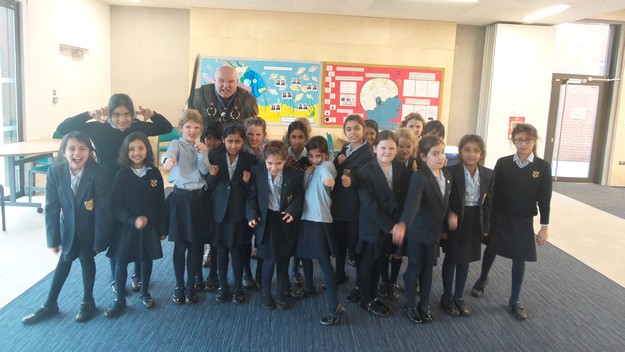 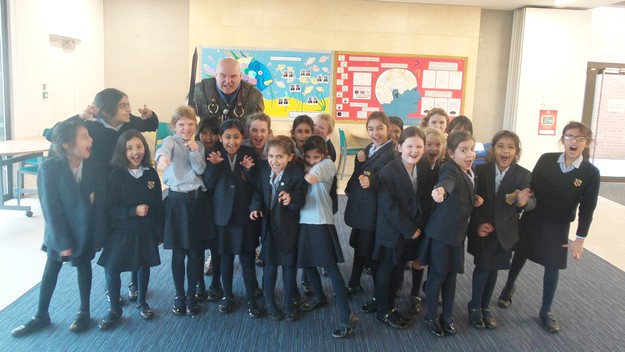