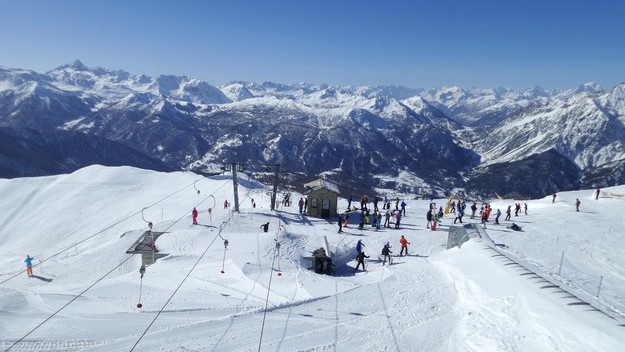 Year 8 and 9 pupils have just returned from  a fantastic ski trip in the Italian resort of Sansicario. Here is the trip blog, written by Dr Madden, most recent post first.

After a fantastic last day yesterday we were up early to go to Turin for our flight home. Unfortunately there was fog at Turin and our flight was somewhat delayed. All safely back in Manchester now!

Today we had two new instructors but we all missed the good humour a and words of wisdom from Fabio and Ruggi.
After a somewhat rigged vote last night at dinner, Mrs Ferrol was delighted to wear the chicken helmet this morning, drawing rather quizzical looks from the other skiers. However a second vote after lunch meant that the honour of the chicken helmet for the final afternoon on the slopes passed to Reanna. 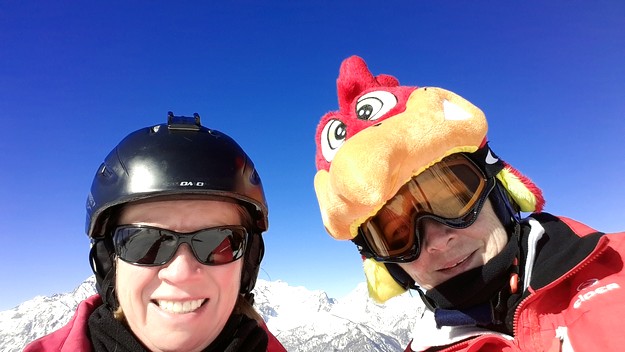 The sun has shone again all day today and we have all had a fantastic day out on slopes. The faster group found the powder snow challenging and several pile ups ensued – all very entertaining! The beginners have now reached the top of the second chair lift, and tackled the red slopes with varying degrees of success. 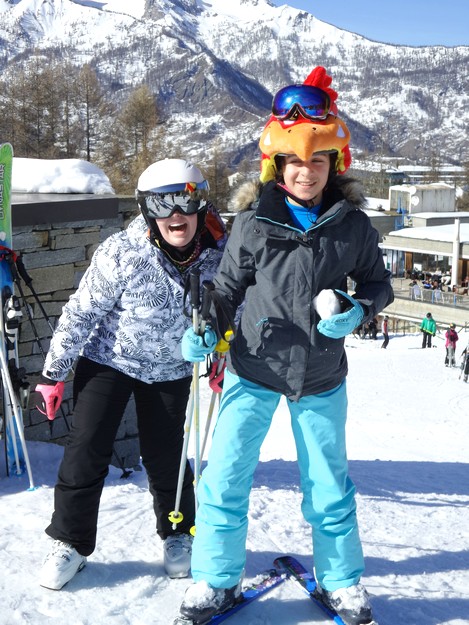 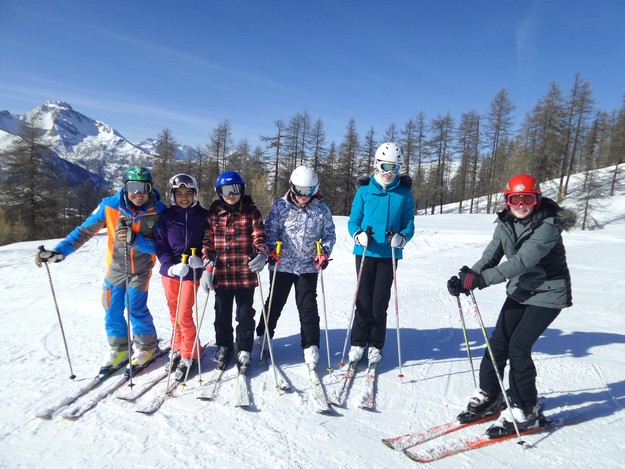 The excellent weather continues and there is more fun ahead.

For those who don’t speak Italian, that means ‘fog at the top’. It has been a day of great snow conditions for skiing, but with patchy fog sometimes at the top and sometimes lower down. Both groups have had a great day, laughed a lot, made up a ski song, a ski dance and been thoroughly entertaining. 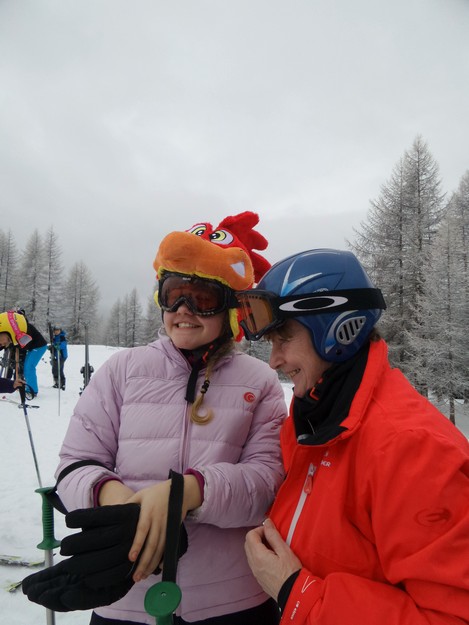 We were delighted to be reunited with Fabio who has instructed our advanced group for several years, and we also met up with Ruggi who will teach the beginners this week. The beginners group made astonishing progress and were soon skiing confidently down the blue slopes. 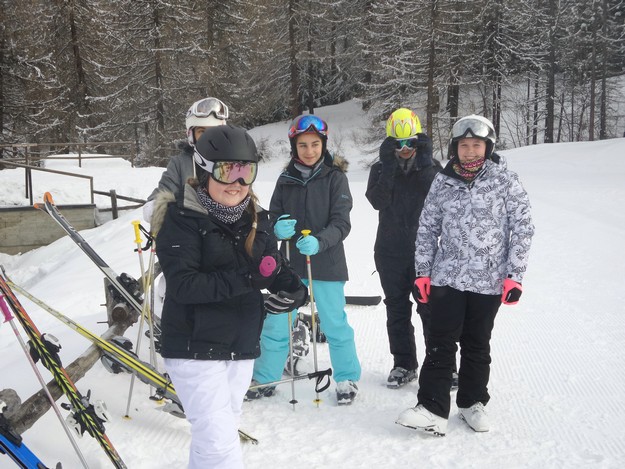 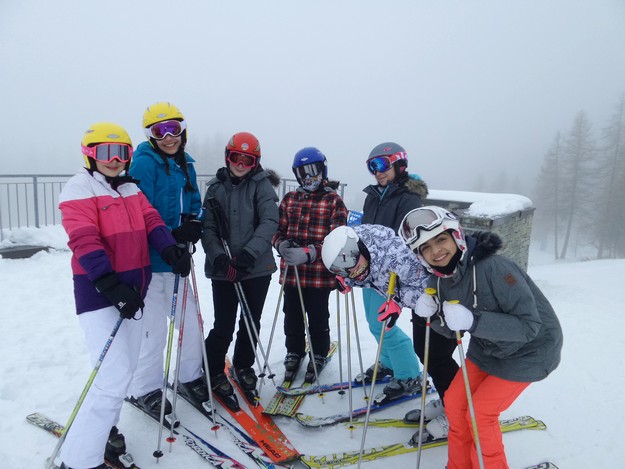 We arrived in Italy after a smooth flight and had a short easy transfer up to the resort. We were delighted to see how much snow there was and good the slopes were looking.