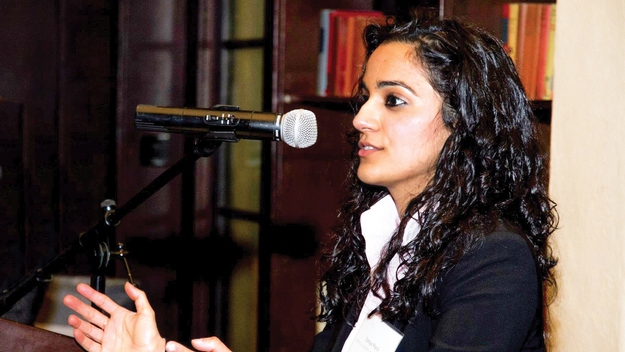 We were delighted and extremely proud to hear that Sonya Passi [Class of 2006 and Head Girl 2005-06] has been named in the prestigious Forbes 30 Under 30  list as one of America’s leading young change-makers.

The Forbes list recognises ‘game changers under 30 years old across 20 industries ’ – and Sonya, who is 28,  has been cited as a 2017 Law and Policy category winner for her advocacy work on domestic violence.  Forbes’ 30 under 30 listings are highly regarded not only in America but across the globe, with winners said to be ‘rewriting the rules for the next generation’.

After reading History at Trinity College, Cambridge, 2006 Leaver Sonya soon became interested in pursuing a law degree, and moved to California to start law school at UC Berkeley. Sonya spent two years at Berkeley and a third and final year at Harvard Law School, where she founded her first non-profit charity: the Family Violence Appellate Project. She has since gone on to form another charity, FreeFrom. 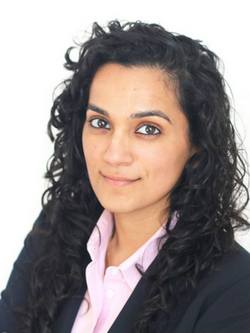 Sonya says her interest in social entrepreneurship all began in her days as a Withington pupil. “I loved my time at Withington,” Sonya begins. “I had incredible friends and sense of community at the School. I met Dr Madden on my first day at Withington. She was the first teacher I had ever had who saw potential in me and believed in my ability to succeed, and Mrs Eaton and Ms Maher are the reason I was able to get into Cambridge. I was involved in a lot of fundraising during my time at Withington and, while I didn’t realise it then, it prepared me for my future endeavours. One year my class hosted a Santa’s Grotto to raise money. We turned the classroom into the North Pole and I dressed up as Santa. We didn’t really think anyone would come but at lunchtime there was a line of junior girls all the way down the hall. I remember one little girl sat on my lap and she was shaking with excitement. Another year, Lizzie Roper and I decided to sell charity wristbands to raise money for tsunami relief efforts. We were hoping to raise a few hundred pounds but we were quickly inundated with orders and ended up raising over £7000.”

“After leaving Withington, I read history at Trinity College, Cambridge, earning my BA and MPhil. I focused mostly on the civil rights movement in the US, the history of developing nations, migration and asylum, and intelligence history [MI5, CIA, etc].  I spent the summer after my second year at Cambridge in Washington DC, interning for a congresswoman on Capitol Hill by day and volunteering on Barack Obama’s presidential campaign by night. I loved my time in the US so much that I knew I wanted to move out there.”

“After Cambridge, I moved to California to start law school at UC Berkeley. During my second year, I founded the Family Violence Appellate Project, which is the first and only organisation to provide appellate legal services to survivors of domestic violence in California. After that I spent two years in investment banking in New York City with Morgan Stanley and left to build FreeFrom.”

“FreeFrom is a US-based nationwide non-profit organisation that is pursuing economic justice and opportunity for survivors of domestic violence, child abuse, sexual assault, and sex trafficking. One in three people in the United States will become the victim of one or many of these forms of violence in their lifetime, and the number one reason why people stay in abusive or exploitive situations is because they cannot afford to leave. Nevertheless, there is a stark lack of services available to help survivors in this realm, besides relocation grants which are important but limited. FreeFrom’s mission is to make safety a financially viable option for all survivors, and to make abuse and exploitation prohibitively expensive behaviour to engage in. I believe that this is the only way to truly reduce the prevalence of gender-based violence and break the cycle that perpetuates it.”

“My strategy involves civil litigation, public policy reforms on both a state and nationwide platform, and incubator support and start-up grants for survivors who are looking to start their own small businesses.  As I mentioned earlier, I started the Family Violence Appellate Project [FVAP] during my second year of law school. It came to my attention that in 50% of cases of documented domestic violence, children were put in the custody of the abusive parent. This was despite the fact that 70% of domestic violence situations also involve child abuse. So, I launched FVAP to provide free appellate legal services to survivors of domestic violence who lose custody of their children in California. Every time we win one of our cases [and our success rate is extremely high], it becomes binding case law in California. So by helping just one family to achieve safety, we are in actual fact helping thousands across the state. To date, founding the Family Violence Appellate Project and growing it to be sustainable without me is my proudest life achievement. It was also the most exhilarating thing I have done.”

“A light bulb went off in my head like I had found life’s calling and answered it. When your talents and your passion perfectly align, there is nothing better. Everyone should be safe in their own home. No one should ever have their body violated. No child should have their childhood stolen by abuse. And no one should ever be exploited and sold like a commodity. As long as these are ideals and not realities, I stay motivated.”

“I have only fond memories of Withington, and plenty at that. Withington gives young women a space in which their intellect is valued above all else, their compassion is celebrated, and their power nurtured. This is very unique and not at all [unfortunately] reflective of the broader world. Existing in that incubator for seven years gave me a confidence and belief in myself that remains my greatest strength.”

For anyone keen to pursue a career in social entrepreneurship, Sonya’s advice is simple:

“ Do it. Dream big. Don’t listen to anyone who tells you it cannot be done or, worse, that you cannot get it done. Also, always think about efficiency. Make sure you aren’t duplicating someone else’s efforts. Look to fill the gaps.”