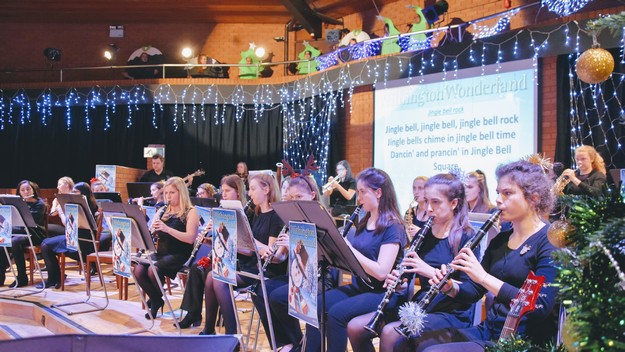 The St Ann’s Church Festival of Lessons and Carols on 5th December heralded the start of a stream of Christmas events at Withington.  This wonderful festival in aid of the Wood Street Mission  held in the beautiful St Ann’s Church in the city centre takes place every year and, as always,  featured the Senior Choir. Pupils had earlier enjoyed an Italian meal at Georgios before browsing around the Christmas markets and carol-singing in St Ann’s Square. 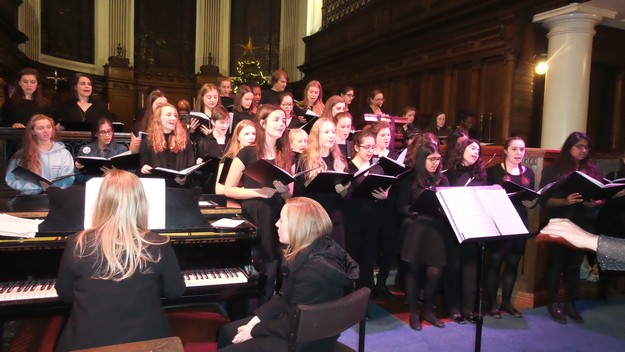 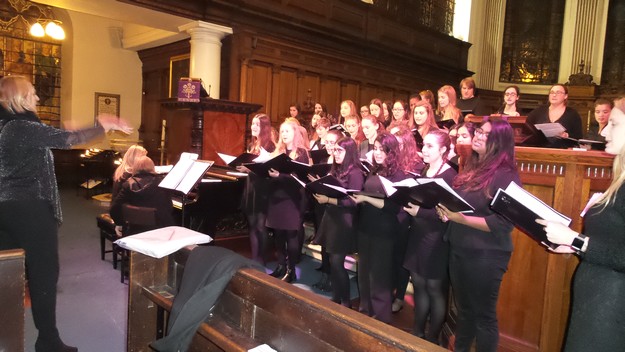 In a prelude to the Senior Concert on 7th December, Upper Fourth’s  own Tango compositions were performed in the Hub, whilst the audience gathering for the concert ahead enjoyed canapes and refreshments. 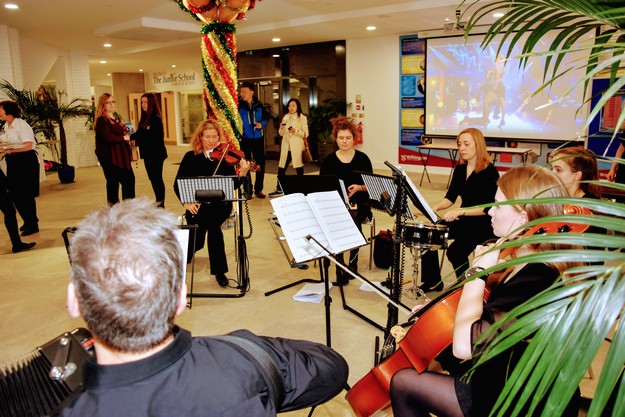 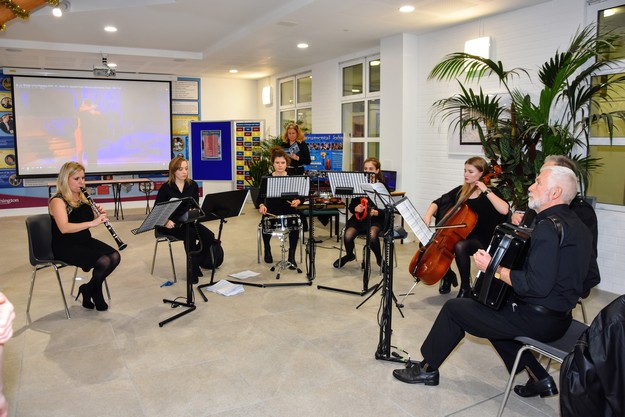 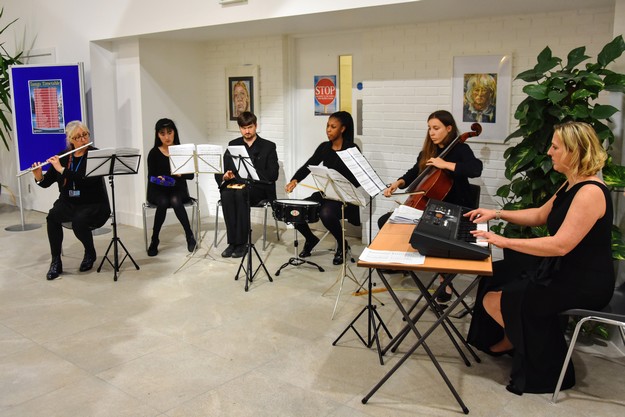 The Senior Christmas Concert starred the School’s orchestras, choirs and instrumental ensembles and was a joyful evening of music and song before a packed audience of pupils, family and friends. This year, the Flute Ensemble featured two very talented Junior pupils, who were very excited to be playing alongside the Senior girls. 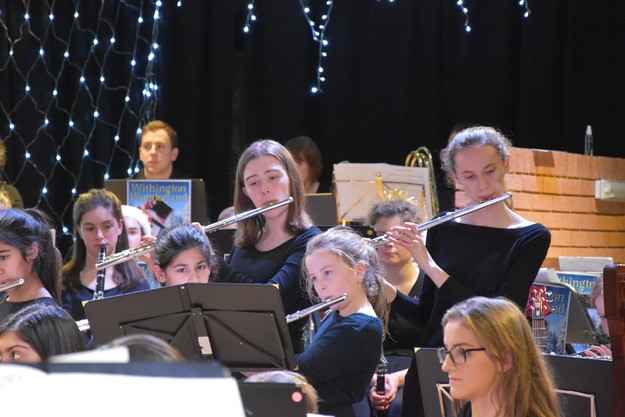 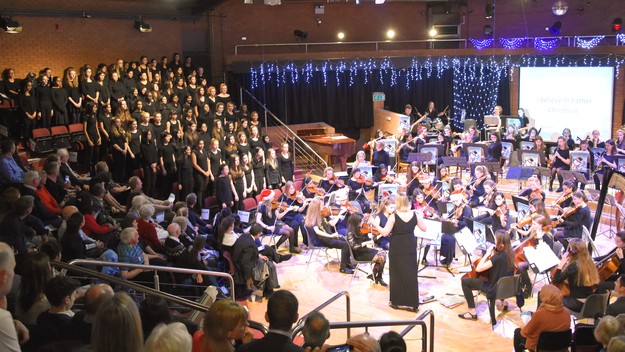 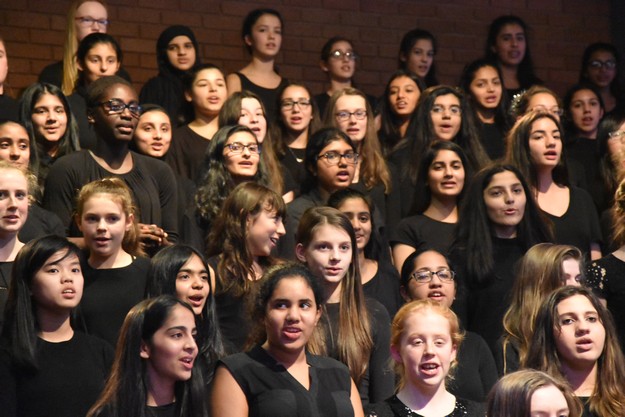 Headmistress Mrs Haslam commented afterwards how heart-warming it was, not only to witness the talent and enthusiasm of the performances, but also the regard the girls have for one another and how they visibly support and encourage one other – a truly tangible demonstration of  the Withington ‘family’ atmosphere and ethos. 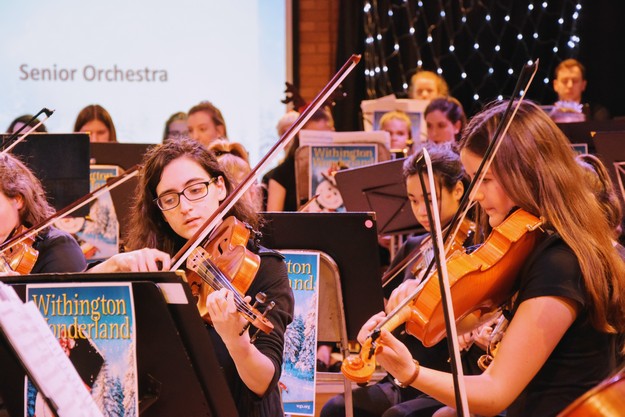 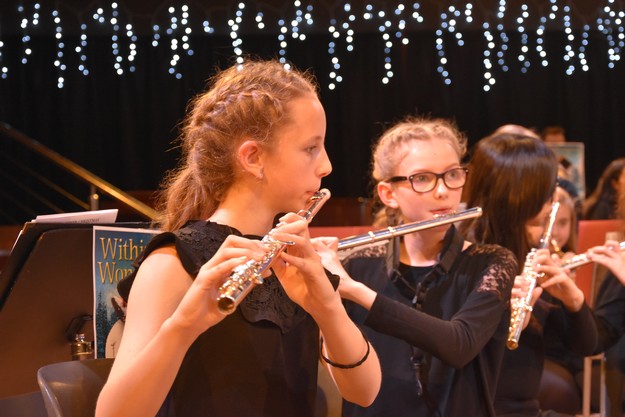 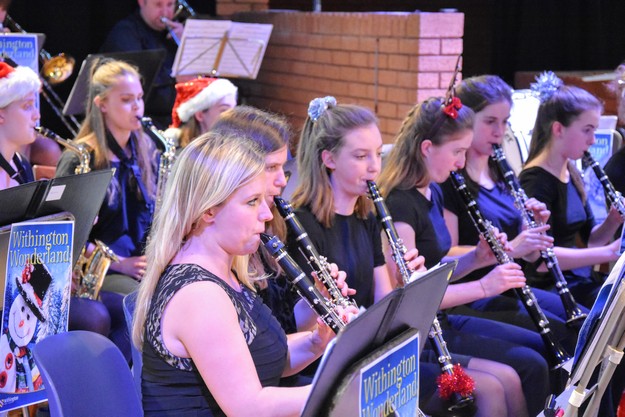 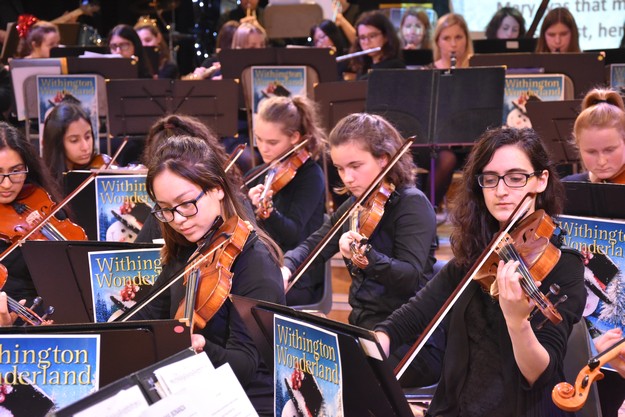 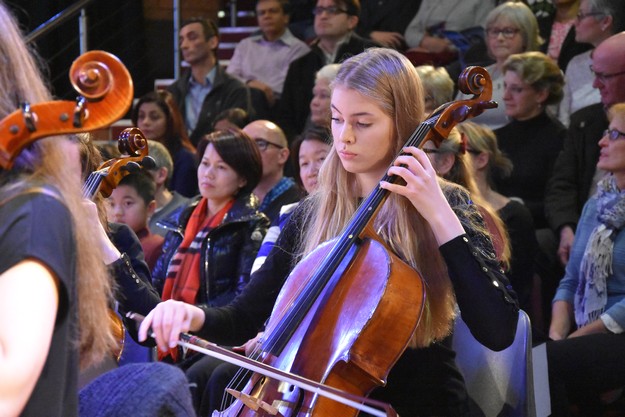 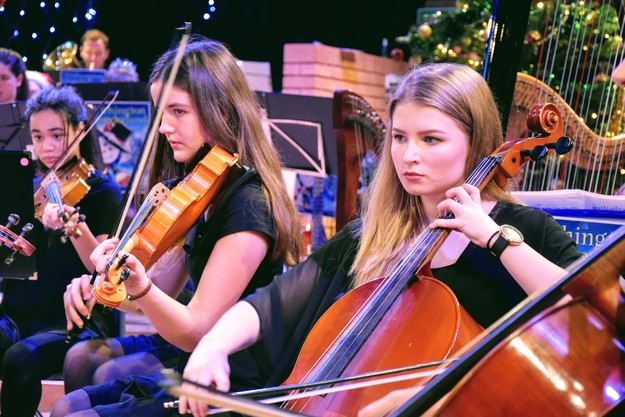 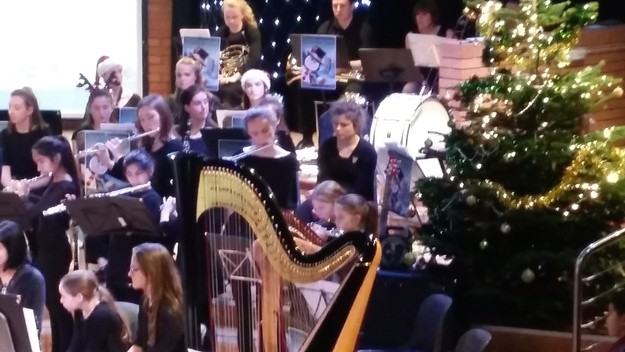 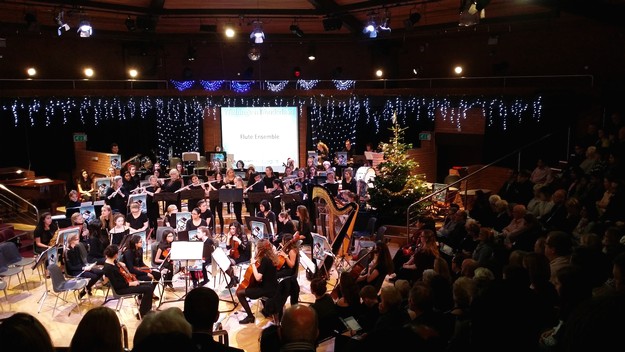 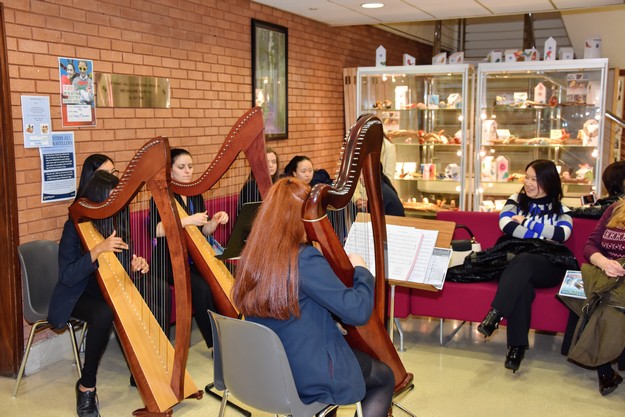