Classics Trip to the Bay of Naples 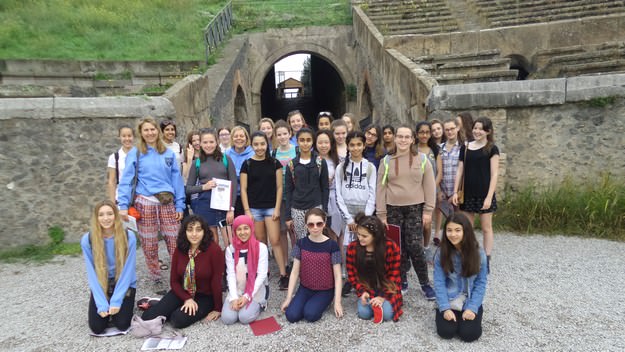 Thirty girls from Lower Fourth to Upper Sixth enjoyed a half-term Classics trip to the Bay of Naples where they combined visits to ancient Roman and Greek ruins with site-seeing tours along the spectacular Amalfi coast. 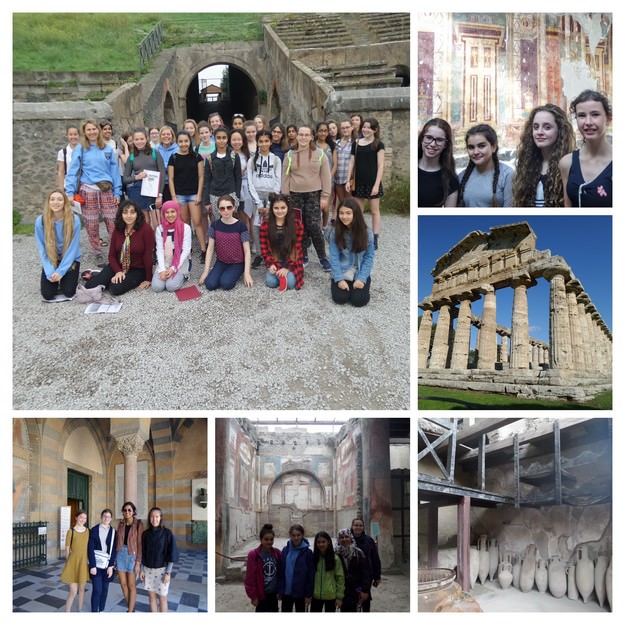 During the five-day trip, from 25th to 29th October, the group visited the famous UNESCO world heritage attractions of Pompeii and Herculaneum, once thriving Roman towns which had been destroyed in 79 AD by the violent eruption of nearby Mount Vesuvius.   A trip to the interactive virtual reality MAV museum, – with its computer generated images, high-tech holograms and 3D effects – helped bring the days of the Empire to life and cast further light on the devastation caused by this momentous volcanic event, whilst a tour around the National Archaelogical Museum of Naples provided further detailed insight as the girls viewed a collection of well-preserved artifacts there, considered to be amongst the most important of their kind in Italy.

The group, accompanied by Mrs Howling, Ms Morton and Ms Easby, were also able to see at first hand how the wealthy Romans had lived as they wandered around the luxurious Villa Poppaea at Oplontis and they were able to contrast Roman and Greek buildings as, on another day, they toured Paestum, a lesser-known but even older town with its three Doric temples dating back to 600 to 450 BC. 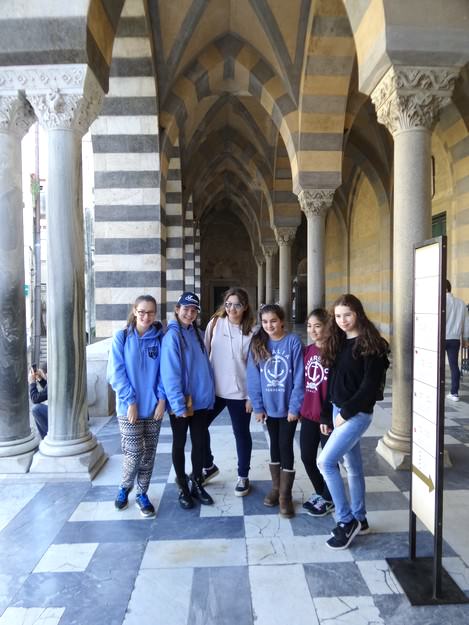 The only disappointment of the trip was that a planned morning at Mount Vesuvius itself had to be cancelled due to bad weather – but trip leader and Head of Classics Mrs Howling said the girls had enjoyed a fantastic and inspirational visit overall. “All the girls had an interest in Classics generally and had studied Latin or Greek at some point in School. Everything they experienced during the five days we were there, really helped to bring their studies in Latin and Greek to life.” 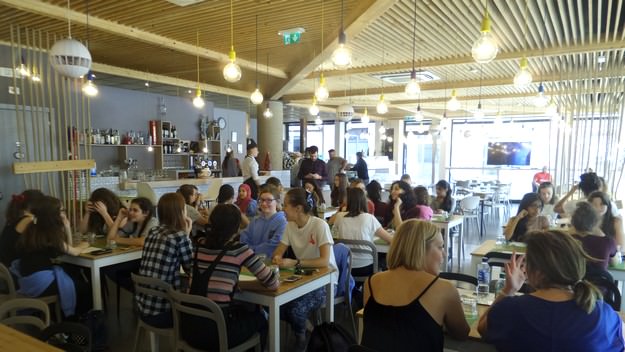 The group were able to also enjoy some relaxation time, she added, visiting the Amalfi coast, enjoying the local food and even having time for a shopping session in Sorrento, where they been based. “It was lovely to spend time with this group of girls,” she said. “They were great company and excellent ambassadors for Withington. Their response was really positive and from the feedback afterwards, they learnt a lot and benefited from seeing their studies come to life through the sites we were lucky enough to visit.” 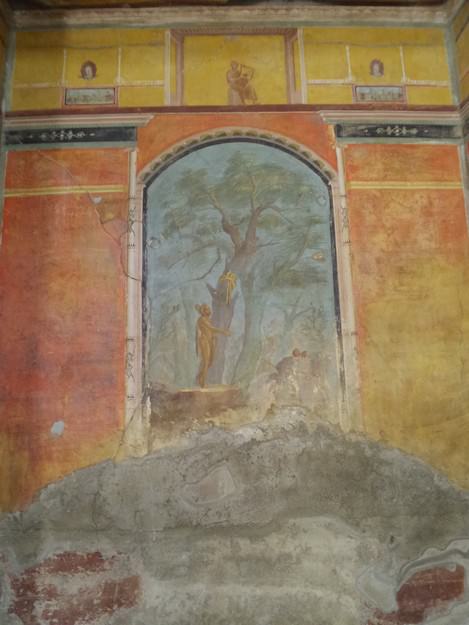 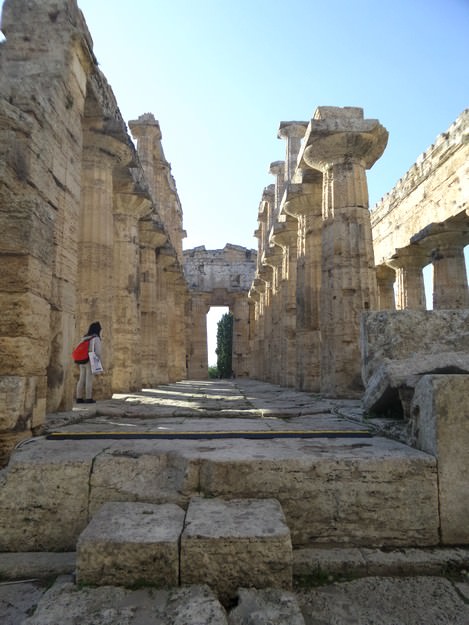 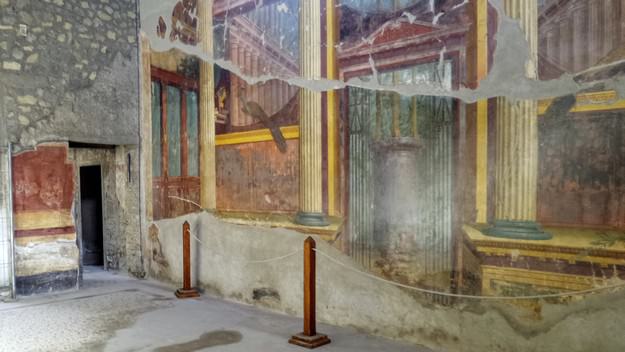 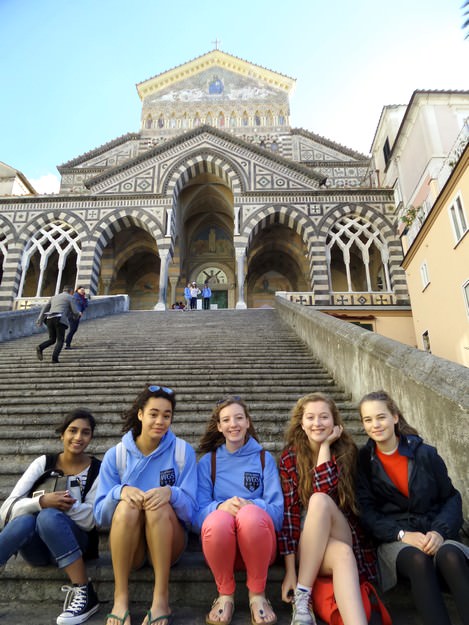 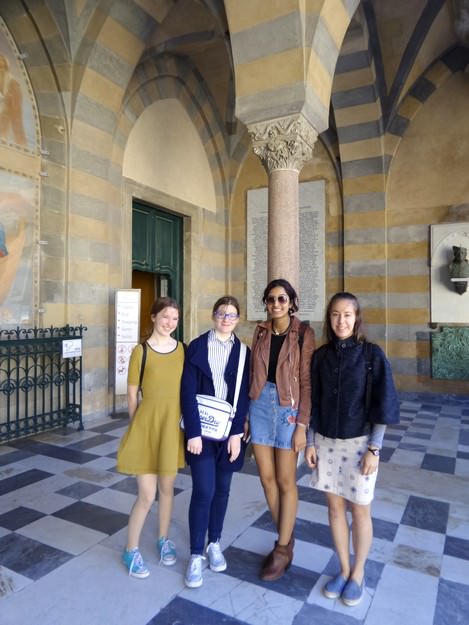