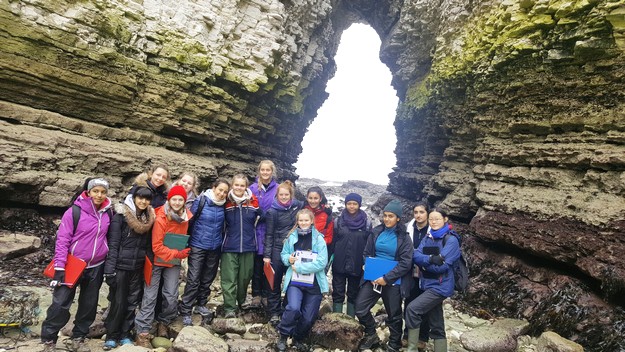 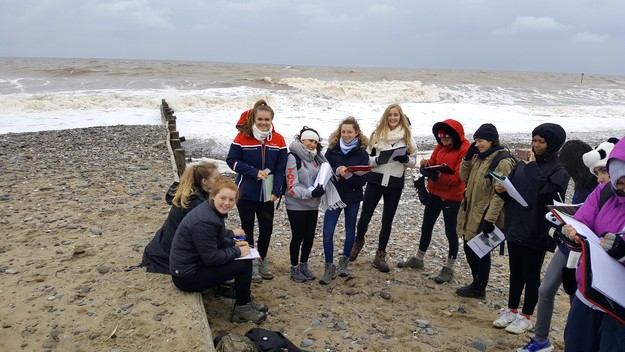 They battled wind and rain and saw the true power of the North Sea but spirits were high as challenges were faced. Seeing the destructive force of the waves on the soft boulder clay cliffs made them appreciate the traumas faced by people living in this exposed environment. They assessed several management schemes including groynes and sea walls but were able to appreciate why in this area, no new sea defences are to be built and the plan is to ‘hold the line’ or allow nature to control events.  Groynes built at Mappleton were starving the beaches further to the south so there was nothing there to absorb the energy of the waves. To see this first hand made the text book come alive and will be etched on their memories for a long time. Twenty metres of cliff line disappearing in Great Cowden and farmers having to pay to demolish their own farms was a reality that was disturbing. 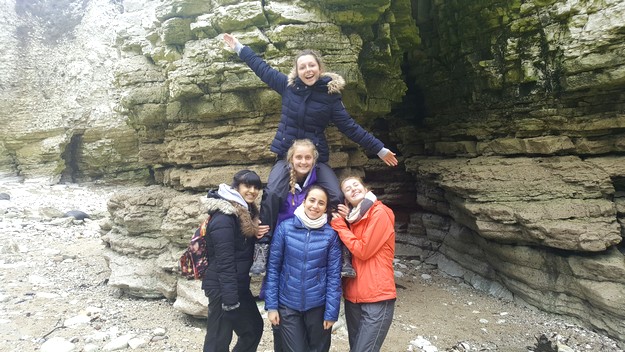 On a more positive note the exploration of the white Chalk at Selwicks Bay, by Flamborough Head, saw the girls discover processes at work creating the caves, arches and stacks that certainly had a ‘wow’ factor. Their field sketching skills were put to good use as they captured high stacks that looked more like a dinosaur than a chalk pillar of isolated rock. Their study was one of discovery applying many of the ideas learnt in class to a real headland and bay environment.

Geography skills were put to the test with all the measuring and identifying characteristics of the sand dunes at Bridlington South Sands. The sun shone and the transect mapping was a huge success with data collected that they could test back in the lab to see if vegetation succession was playing its part or was it more controlled by  man building car parks and caravan sites. 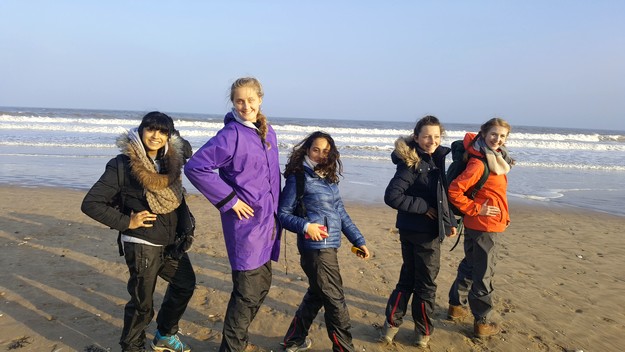 Lots of fresh air and cold winds made the stay at Cranedale Field Study Centre a treat with lots of comfort food and warm cosy beds. An evening Geography game led to much fun and laughter with dramatic talent applied to some weird and wonderful Geography terms! 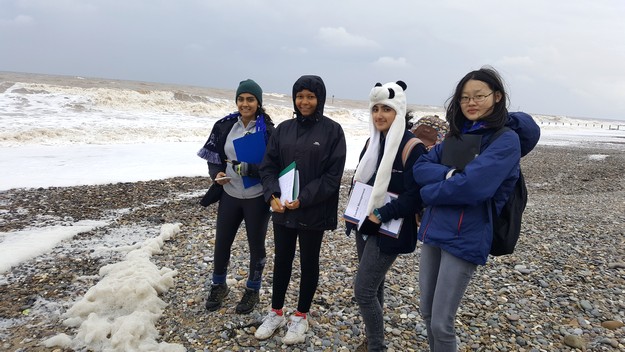 The final day was an interesting journey into the world of qualitative geography as we explored the sense of place in Scarborough. Drenched by torrential rain we managed a drink in a café at lunchtime but otherwise we were battered by the elements and soaked to the skin. With real Withington optimism and spirit all the girls soldiered on. Incredibly, the rather negative perception many held was upturned in spite of the weather conditions. 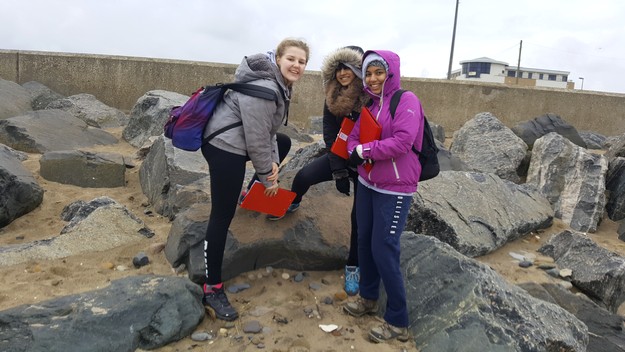 Finally as we explored the street art in this delightful, rather well preserved holiday resort, the sun broke through and we left the surfers on the beach and holiday makers tentatively leaving their shelters.

Working each evening until 9:00 pm the girls were on task and motivated and learnt a lot, but the silence on the coach travelling back to Manchester on Sunday night was due to their utter exhaustion. They all instantly fell asleep. It is a credit to them that all were there bright and early for School on the Monday and now have lots of recorded evidence and memories to build on with their new A Level. They were a lovely group of Geographers which made it a very enjoyable weekend’s fieldwork for staff as well.