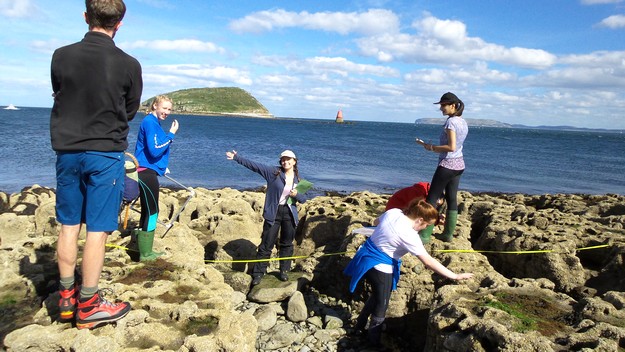 The Year 13 Biology students made their annual pilgrimage to Betws y Coed in North Wales for the Ecology field trip. Staying at Ryd y Creuau, the Drapers’ Field Centre, the girls threw themselves into the field work with great enthusiasm. We were saddened that after 23 years of excellent teaching, Peter Kay had moved on from the centre, but Sam and Lauren proved to be competent replacements. During their four days at the Field Centre, the girls studies five different habitats and covered the range of ecological sampling techniques and different forms of statistical analysis, as required by the A-level specification.

After settling in, the girls put out small mammal traps around the centre grounds which were checked the following morning. We were delighted to find several mice and voles had been caught including two mice in one trap – a real novelty. The mammals were released back into the grounds to be caught by another group no doubt on another day.

Friday was spent in the ancient woodland investigating the zonation and distribution of lichens and moss on oak and beech trees, an opportunity to test different sampling techniques and statistical analysis. 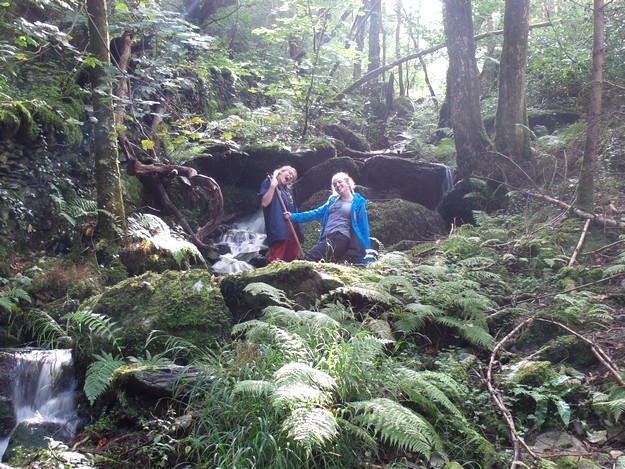 This was followed on Saturday by an investigation into the distribution of invertebrates in a freshwater stream using a ‘kick’ sampling technique. The first of the two required practicals, set by the examination board, was then completed using freshwater shrimp that had been collected from the stream.

A grey start to Sunday found the girls visiting Cwm Idwal, the first National Nature Reserve (NNR) in Wales and a Site of Special Scientific Interest (SSSI).  Here, we studied the management and conservation of rare habitats and the acted out the sad story of the tufted saxifrage – you have to ask the girls about this one! 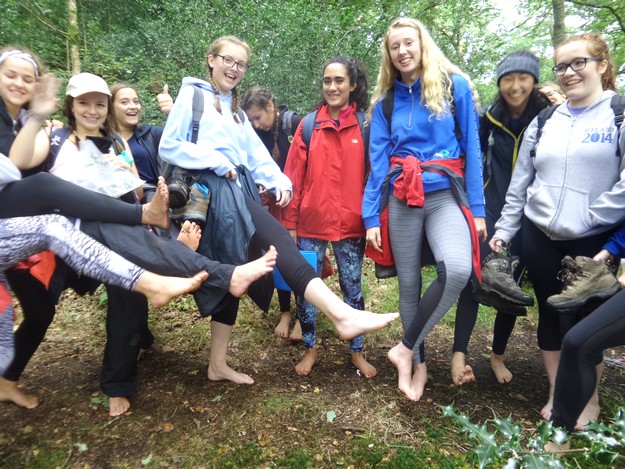 After a morning in the mountains walking around Cym Idwal, we travelled down the Nant Ffrancon, a perfect deeply glaciated valley, down to Anglesey, crossing over the Menai Straits then turning North up to the headland at Penmon Point. Here the girls completed their second required practical which was an investigation into the relationship between the length and the width of limpets on the middle shore and higher up at the top of the shore.

We were able to refresh ourselves here with ice cream whilst basking in the sunshine. We celebrated the 18th birthdays of two of the girls, Maisy and Sophie, with a fabulous cake and I hope that they both enjoyed their day. 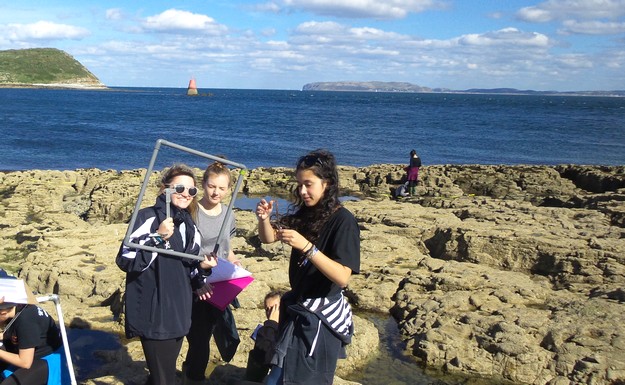 On our last day, we again boarded a coach and travelled to the sand dune system at Harlech. Despite a strong wind blowing, once behind the first dune ridge, we were sheltered from the wind and enjoyed the very pleasant weather. Here the girls studied the different plant communities at each of ten sites from the drift line on the beach, across the dunes to the climax community at the back of the system. This dune system has developed over 230 years since the castle was completed in 1288 by Edward I and, at that time, was at the sea coast. Now due to the development of the dunes it is now over a mile inland. As always the girls worked hard, completed two of their six required practicals for the year and were entertaining and excellent company. My thanks go to the staff who gave up their time to accompany the girls at various stages during the trip – Miss McGregor, Miss Hall and Mrs Ferrol.