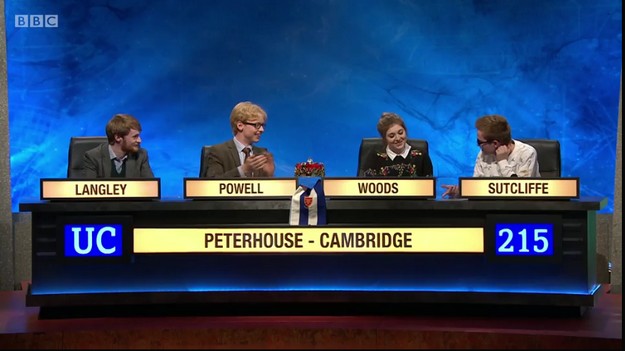 Many congratulations to Alumna Hannah Woods (Class of 2008) who put in a highly impressive performance in the BBC University Challenge final, leading the Peterhouse Cambridge team to victory as their Captain against stellar Oxford opponents St John’s College.


Hannah, who attended Withington from 2001 to 2008 and is currently a Cultural History PhD student at Cambridge, has been a popular contestant since first appearing on the BBC 2 quiz programme last year and says she is overcome at the overwhelming support she has received. In the wake of the Peterhouse win, congratulatory tweets have come in from many followers including actor Sir Roger Moore and Peter Mannion MP, with speculation mounting over future career opportunities for Hannah as a result of her TV achievement. 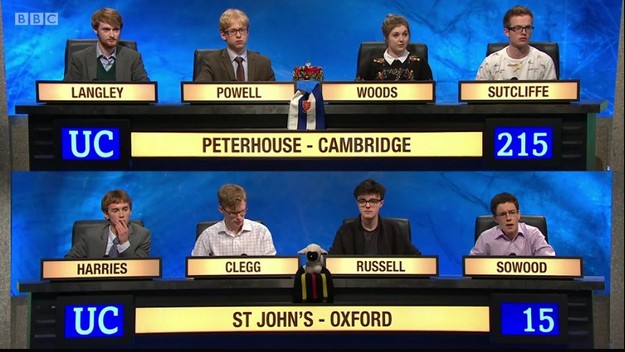 It is the third consecutive year that Cambridge has taken the winners’ trophy in this tough contest between the country’s brightest minds. With a fantastic 185 point lead in the final tally over their Oxford adversaries, it was – as Show Host Jeremy Paxman commented – “a storming performance” by the Peterhouse team.

For Hannah, who was Team Captain, it was also a personal achievement as it was the first time since 2013 that a woman had made it through to the University Challenge final, in a show that is notoriously male-dominated; Hannah’s three team mates were male, as was the entire St John’s team.

University Challenge host Jeremy Paxman said: “You can do much better than that St John’s, as we’ve seen in many a previous match, but someone has got to win, and Peterhouse, that was a storming performance.” 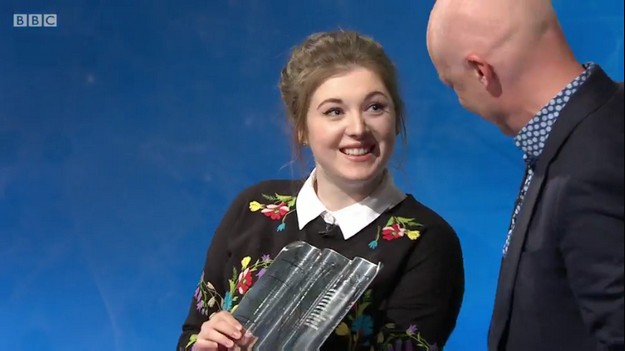 The winners’ trophy was presented by mathematician and Simonyi Professor for the Public Understanding of Science at Oxford, Marcus du Sautoy who lauded the Peterhouse victory saying, “I thought it was a phenomenal performance.”

After leaving Withington in 2008, Hannah initially went on to the University of Leeds to study History before taking up her Graduate PhD place at Cambridge.

Anyone wishing to see the episode, can catch up on the BBC iPlayer here, or search for University Challenge in the iPlayer App on a smartphone or tablet.