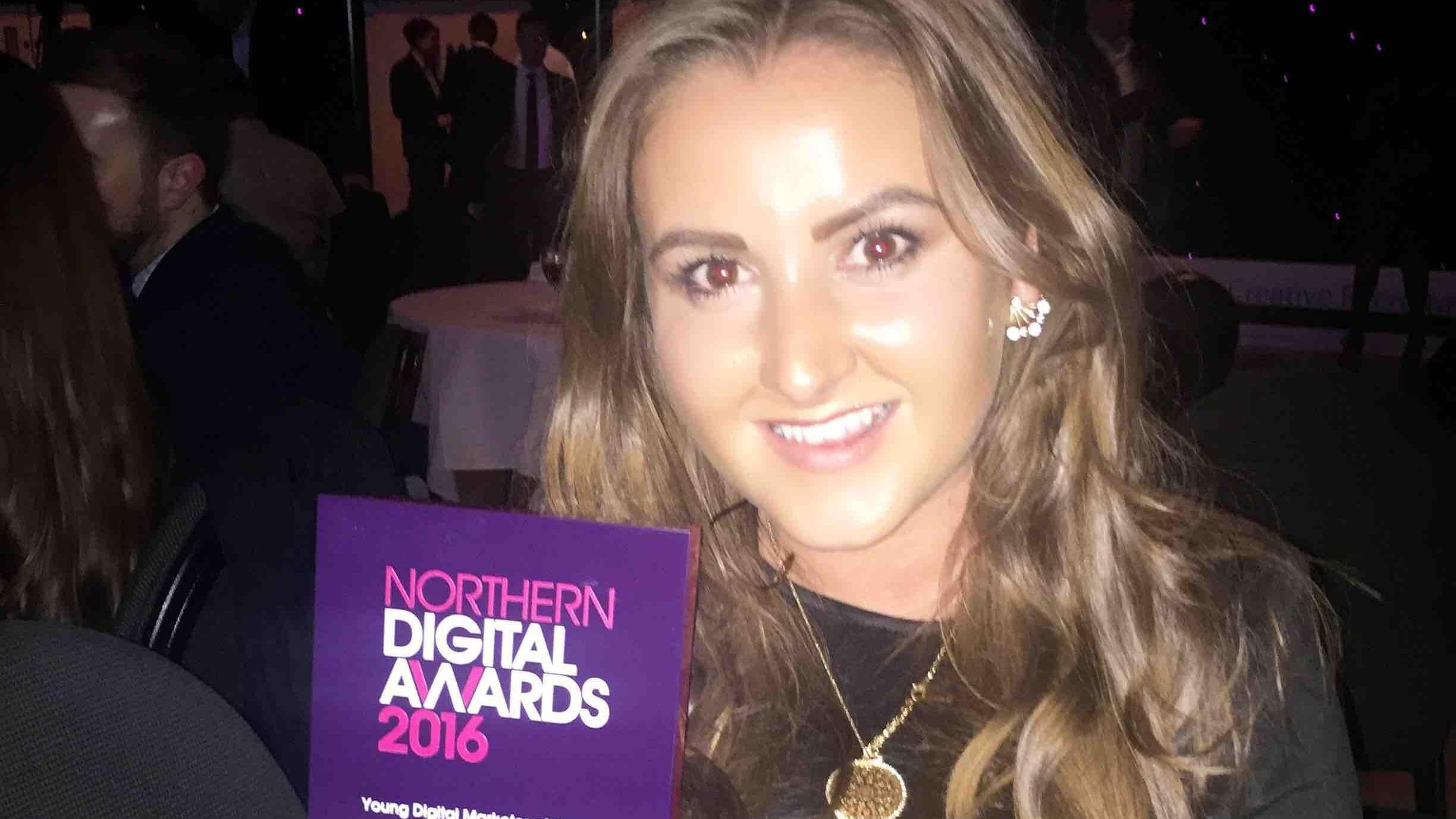 Old Girl Alex Lever has been making waves in the Digital Marketing industry. She has only been in her current role with Manchester based media agency MEC since July 2014, but in that time has collected a number of awards, nominations and accolades, including winning Young Digital Marketer of the Year at the Northern Digital Awards this year, and being shortlisted for Young Search Professional of the Year.  Alex has also been nominated for the Rising Star of the Year Award in The Drum Marketing Awards, and shortlisted for the penultimate stage of Google and The Drum’s ‘Women in Search’ initiative.

In her spare time Alex has recently launched a national campaign for the mental health charity Mind, to raise awareness of mental health issues across the UK. Here, Alex tells us more about the #TakeOffTheTape campaign, the work she does with MEC, and the path she took after leaving Withington…

“After being at Withington since the age of 7, I went to Nottingham University and studied Politics”, Alex begins. “I then did a Masters degree in Broadcast Journalism which saw me working at BBC Radio Manchester on various sports shows. Alongside this I worked for various brands on experiential campaigns, one specifically for Samsung at the London Olympics! I’ve always loved sport, and was never far from the sports fields at school, so in my spare time I run a football podcast and blog called The Offside Rule, We Get It, which was recently awarded Best Football Podcast 2015 in the Football Blogging Awards.

I’m now an Online Campaign Manager at MEC, a global media agency. I predominantly work on Lloyds Banking Groups’ campaigns and run the online content marketing strategy for them.

#TakeOffTheTape began due to Mind being MEC’s chosen charity last year. They asked us if we had any ideas of how to help them raise awareness, particularly around how stress and anxiety can lead to serious mental health problems.

The stats were frightening:

I worked on an idea with a colleague of mine, we pitched it them and they gave us permission to launch #TakeOffTheTape. 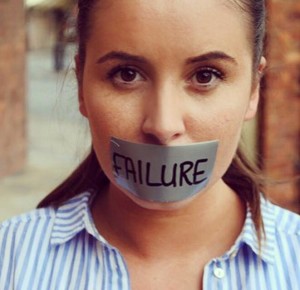 #TakeOffTheTape is a social media campaign which aims to help change people’s perceptions of mental health. The campaign encourages people to share a picture of themselves with their mouth covered with tape, a post it note, or a piece of paper with a word written on it highlighting what makes them most stressed or anxious.

The tape is symbolic, it highlights that we rarely speak about what is really on our mind. It represents how tongue-tied many of us feel when it comes to expressing the thoughts, fears and anxieties that can dull our minds and drag us down. One of the problems we face is that few fully appreciate how stress and anxiety can lead to issues much more serious. By taking off the tape, you’re stating you’re ready to talk and open the conversation about things that make you anxious.

I’m really hoping that the campaign will raise awareness and reassure people that that it’s OK to talk about mental health. I know first-hand the pressures we go through on social media and the ideal image we all try to portray. This campaign aims to make people ask themselves ‘when was the last time you spoke about what was really on your mind?’ Our mental health is so important. We need to start talking about it.

Advice for current pupils and other Old Girls…

If I could have stayed a pupil at Withington forever I would have! My time at Withington taught me that nothing is impossible, everything and more is achievable, and to never take no for an answer.

Be open minded when thinking of a career, I went to University still unsure of what I wanted to do, so I studied the subject I enjoyed the most at school. It’s important to know that there are different and exciting new sectors opening up all the time. Immerse yourself in what truly interests you: my ultimate aim was to have a career that I lived, breathed and loved. Be open to challenge yourself and don’t be afraid of change. When you sense an opportunity, grab it!

If you would like to support the #TakeOffTheTape campaign…

1) Think of an everyday stress/anxiety you have

2) Write it down on tape, paper, a post it note, your hand (anything!) and cover your mouth with it

3) Take a selfie and share it on your social media channels, tagging #TakeOffTheTape and @mindcharity – make a donation of £3 by texting ‘TAPE’ to 70660