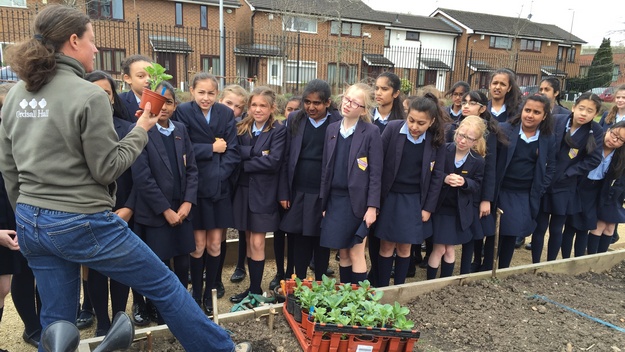 On 18th April, both Upper II classes visited Ordsall Hall and the Imperial War Museum in Salford as part of their First World War history topic.

They learned about the vital role that allotments played on the Home Front and the importance of potatoes and cabbage! Despite the cold weather, Upper II pulled together to prepare a patch of land and plant some seeds ready to grow.

After a quick lunch and a spot of shopping, they headed off to the Imperial War Museum where they explored the exhibitions on WW1, WW2 and women in war. Overall, it was a great trip with lots of new learning about WW1.