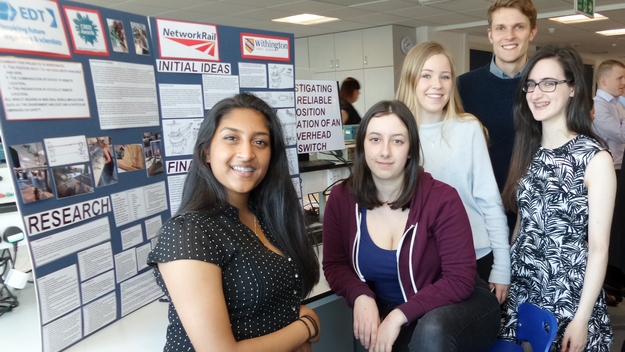 Four Withington Sixth Formers are celebrating a double victory after completing a complex project for Network Rail as their entry for a highly prestigious engineering challenge.   The team of A-Level Physics students beat off tough competition across the region to secure the top prize in an Engineering Education Scheme regional Assessment Day event before hearing the excellent news  that their impressive work has also earned them a place – alongside Network Rail – as the North Regional Finalists for the Future Industry Leaders Awards (FILA) to be held at The Institute  Of Engineering and Technology in London in September.

At the EES Assessment Day hosted by the University of Liverpool on 20th April, Lower Sixth students Adi, Alvira, Francesca and Imogen were delighted to have been selected for a Best Performance prize after facing rivalry from a field of around 20 North West schools in a contest which annually attracts entries from between 1300 and 1400 students nationally (only 30% of which are girls). 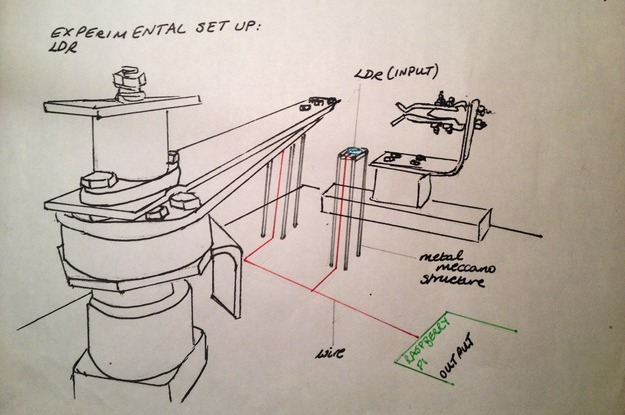 Organised by the Engineering Development Trust, the rigorous competition  involved each participating team pairing with a company to find a viable engineering-based solution to a unique real-life challenge. Withington’s team partnered with Network Rail and were tasked with developing an Over Head Line switch that would allow areas of track to be isolated from a distance in the event of maintenance work or emergencies.

The team’s report stated: “At the moment, the OLE (Over Head Line) switch that controls the path of electricity to the line has to be manually turned to isolate the area for safe use, which takes several hours to reach and complete, leading to greater expense to the company of hiring workers for longer amounts of time, and possibly even requiring the railway to be shut down during working time to complete a task, obviously causing massive inconvenience and loss of income.”

Following six months of work on the project – which also included a three-day residential workshop – the Withington team presented their prototype in front of five judges who were highly impressed with the girls’ approach, team work and their proposed solution to a genuine engineering problem.

Their Network Rail Mentor Pete Sommers who has worked with the girls throughout the duration of their project commented:  “I have been very impressed at how professional the team have been and it’s been an absolute joy to see them develop and take full responsibility for the project.  They took on a complicated remit and came up with a robust solution and proved the concept as well.  They’ve all got an extremely bright future ahead of them.”

He added: “Network Rail are passionate about promoting engineering as a career route as we’re currently going through the biggest investment in the railway since the Victorian era.  The company supports many different schemes to promote STEM career routes and so I’ve been lucky enough to mentor Adi, Francesca, Alvira and Imogen for the Engineering Education Scheme.”

The girls said they were surprised to have won one of the three Best Performance titles but were thrilled with the outcome, adding that they had benefited not only from the insight they had had into careers in engineering but also from the skills they had learnt collaborating together both as a team and with their Mentor.

Head of Physics Mrs Bradshaw said: “I was delighted with the girls solution, presentation and the professional manner they answered the questions. The scheme has given them a taste of real life engineering.”  Mrs Bradshaw said she was also very pleased to be able to share with the the girls the exciting news that their work has now been shortlisted for the Future Industry Leaders Awards (FILA).