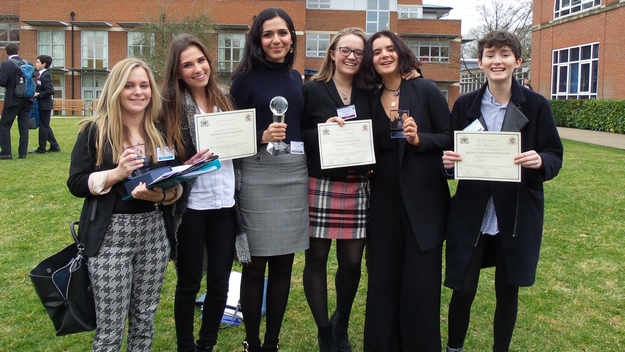 For the fourth year in a row, Withington girls won Best Delegation at a major MUN conference

It was a well-organised conference with much serious and stimulating debate. All the girls who participated were fully involved, with all of their resolutions approved and several debated in committee. Two were selected for debate in the General Assembly – a very impressive achievement. On the final day, the usual awards were made and WGS girls picked up seven individual awards. 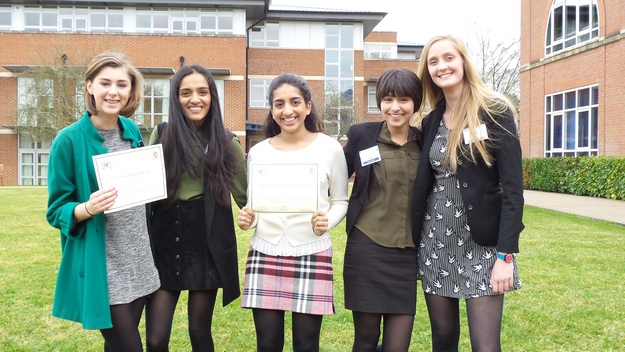 Special congratulations go to Sophie, Frankie and Mishal who won Outstanding (or Best) Delegate awards in their committees. And… yes, WGS did it again… The delegation representing Australia won the Outstanding Delegation award i.e. coming first out of the whole conference.

The Conference Director also informed us that we had a very wide margin over the second placed school and were emphatically the best delegation at the conference.

This was a remarkable achievement – made even more so as WGS was not representing a country that plays a huge role in the international arena – this weekend changed that and put both Australia and WGS firmly at the heart of the MUN circuit.