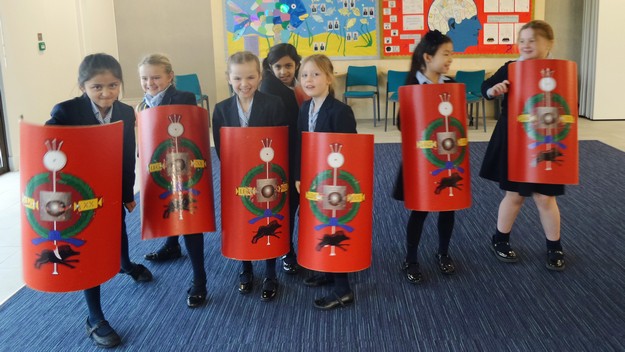 On II-II, MMXVI, Transition had a special visitor. 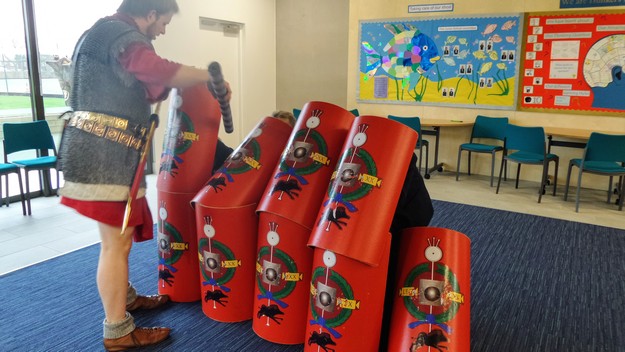 His name was Quintus Cornelius. He was a Roman Soldier!

One lucky girl was given the chance to dress up in all his armour and all pupils got the opportunity to act out a battle scene, with half being Celts with makeshift spears and the other half
Roman Soldiers with enormous red shields. 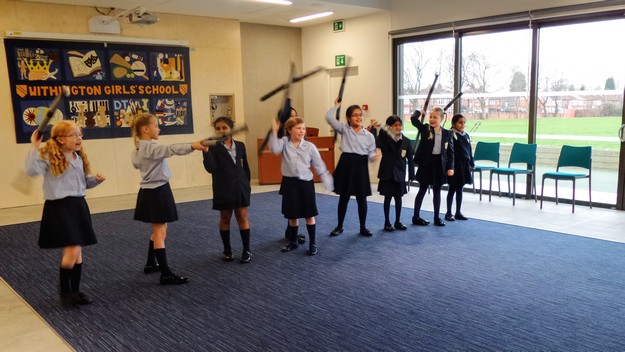 Later, a Roman Citizen visited. He was very entertaining and the girls found it especially amusing talking about personal hygiene (ie the toilets!) 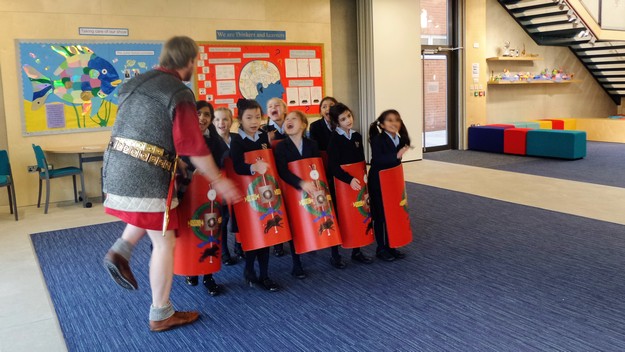