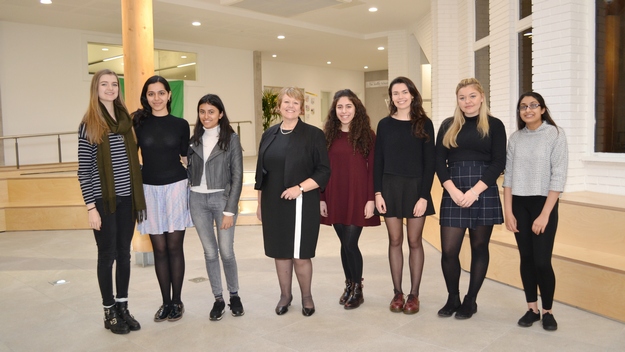 Eight Withington students have received offers to study at the Universities of Oxford and Cambridge this year, with six girls being offered conditional places and a further two celebrating after securing unconditional places.

Ella hopes to study PPE at New College; Julia is aiming to study Medicine at Trinity and Sabrina’s offer is from Exeter College to read French. Isabella will head to University College to study Law and Sabriyah is looking forward to taking up her place to read English at Somerville.

Headmistress Mrs Sue Marks commented: “Competition for places at Oxford and Cambridge has always been very closely fought and, since the introduction of tuition fees, it has become increasingly international. I warmly congratulate our girls on their successes in competition with some of the world’s most able students. The range of subjects offered is indicative of the breadth and quality of teaching we offer at Withington”.

As university offers continue to arrive for the School’s present Sixth Form cohort, many Withington girls are delighted to have received offers from their first choice universities.