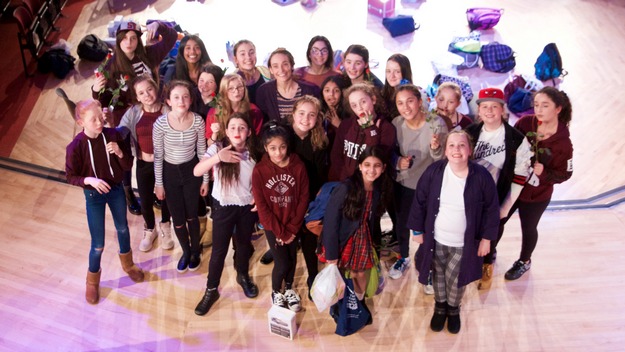 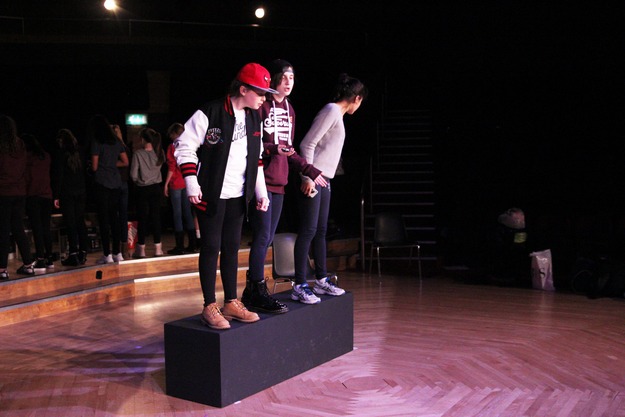 Twenty-four girls in Years 7, 8 and 9 took part in the play which was held in the Arts Centre on 28th January; they practised their roles during lunchtimes and after school to deliver a fun, energy-filled performance in Jim Cartwright’s unique ‘communications cacophony’.

Directed by LAMDA Teacher Ms Nikki Smythe, the show followed separate mini-stories examining the lives we lead through our mobile phones. In a mix of ‘rap, texts, tweets and gabble’ the girls explored the overall theme of technology, how we interact with it and how mobile phones have changed our lives.

Ms Baylis praised the girls for their hard work and said the production provided the perfect opportunity for those wanting to experiment with energising and challenging drama but with a lesser commitment than some performances require.

” This was a compact project and was a very successful taster. Hopefully, it will allow girls who don’t usually have time to take part in Drama, enabling them to discover their passions whilst still being able to keep a balance with their school work and other interests.”

“ We were delighted that Ms Smythe was able to take on the role of our guest director, further demonstrating the excellent integration between LAMDA and curriculum Drama,” added Ms Baylis.