BBC London ‘Behind the Scenes’ Tour 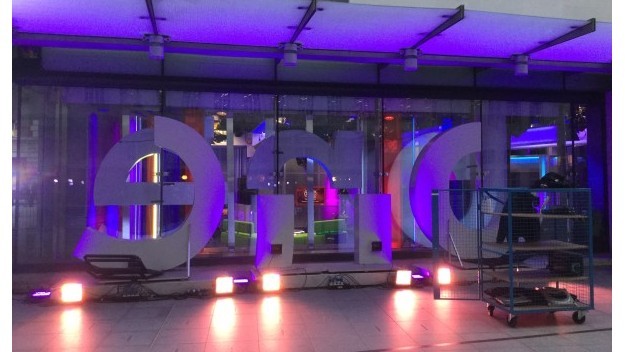 In September, representatives from Withington attended London’s BBC Broadcasting House for an event to launch a new mentoring scheme named after our Alumna, the late Sandra Chalmers. Inspired by the rather grand BBC Media Centre, the Development Team arranged a Withington Onwards ‘Behind the Scenes’ event at the BBC on Wednesday 11th November, and our Alumnae had great fun on a tour around both the new and original buildings. 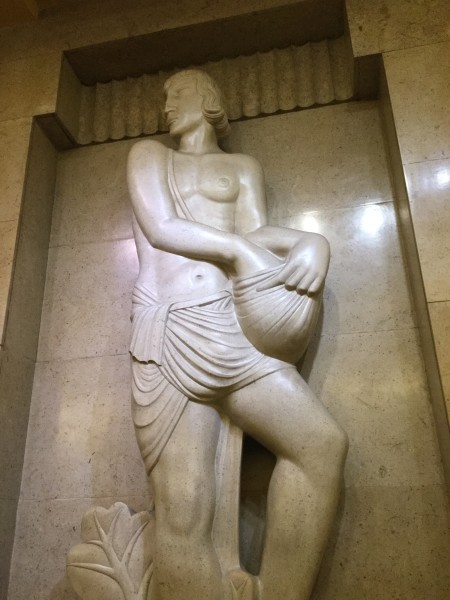 We met our enthusiastic tour guide Ben, who entertained us with the history behind the classically designed Sower statue, and a few of our Old Girls translated the Latin inscription on the gilded plaque above it. Our guide pointed out various other works of art, including the new World Piazza – created by Canadian-born artist and architect Mark Pimlott – and the permanent external lighting scheme, designed by Martin Richman and Tony Cooper. The BBC website contains more information about the original and contemporary art displayed at the BBC Broadcasting House.

Further into the original Broadcasting House (which George Orwell once rather uncharitably described as a cross between a girls’ school and an asylum) are the radio broadcasting studios including BBC Radio 3 and 4. Our Old Girls had a wonderful time here. Mary Courtney (nee Warne, Class of 1962) read the weather with her back against a green screen and was required, as a ‘weathergirl’, to work her arm movements in the opposite direction to what was on screen. The girls then took part in a mock Radio 4 drama, where they acted the roles of dinner guests to a rather sinister host. The BBC staff were very impressed with the Old Girls’ polished performances! Pamela Birley (Class of 1950) provided the sound effects, including heavy boots on gravel, popping champagne corks, wind sound effects and dinner bells. Valery Rees, Sue Gill and Sue Sheppard were the unfortunate dinner guests.

Our reunion finished in the Media Café, next to the viewing gallery of the BBC’s new £1billion Media Centre. Here, the public can look down on Europe’s largest newsroom, which is frequently seen behind the news reader during live reports. There are 6,000 staff members working here as part of the BBC network, in television, radio, news and online.

Sue Sheppard (nee Mitchell, Class of 1960) said, “Thank you very much for organising such an enjoyable visit, all of it interesting and fun too. For me the funniest bit was the look on Ben’s face when he realised the group of schoolgirls whom he was to lead were somewhat older girls than he had clearly expected!”

Valery Rees (nee Apley, Class of 1964) said, “The BBC visit was hugely enjoyable, lovely to meet so many Alumnae who were there at our time (or before), though only Monica Hastings from our year. Plus a few younger! I thought it was a really interesting tour, and so clever to get us involved in the experience of news, weather and radio drama.” 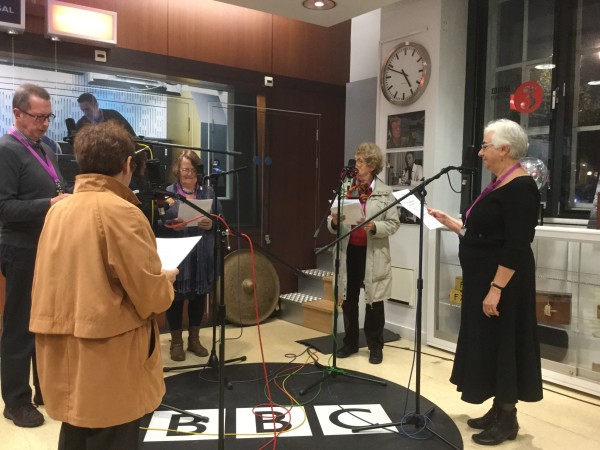 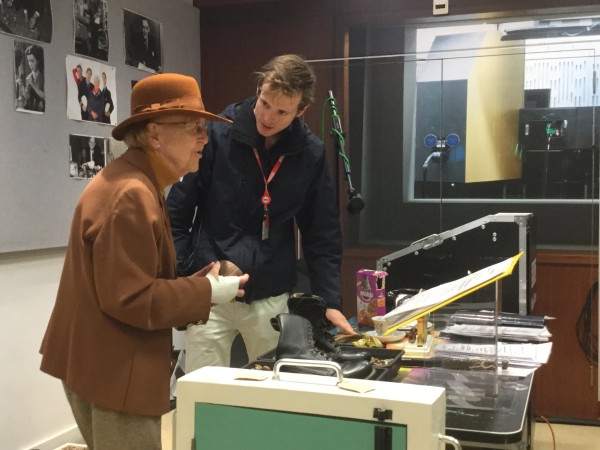 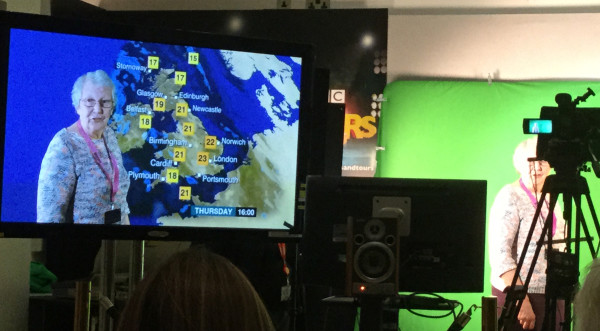 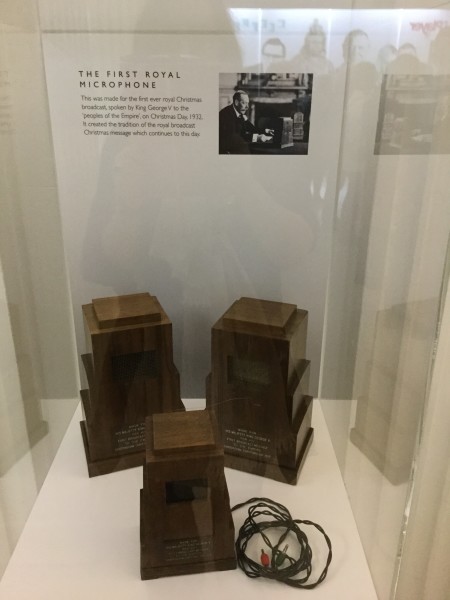