Appointment of New Headmistress for September 2016 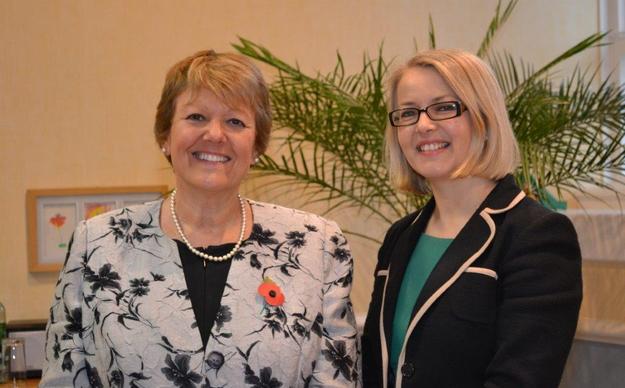 The School is delighted to announce the appointment of our current Deputy Head, Mrs Sarah Haslam, as Withington’s eleventh Headmistress.

Mrs Haslam will take up her new post next September, succeeding Mrs Sue Marks, who is to retire at the end of the academic year after 15 years of Headship, of which the last six have been at Withington.

Withington’s Chair of Governors Mrs Elisabeth Lee informed parents and staff on Friday 6th November 2015, saying that the appointment of Mrs Haslam to the role had been a unanimous decision taken after a rigorous and searching interview process following applications from a number of strong candidates.

Mrs Lee commented: “Sarah Haslam will be a very worthy successor to the two outstanding Heads, Mrs Janet Pickering and Mrs Sue Marks, under whom she has served as Deputy”.

Following her undergraduate studies at The University of Lancaster and her postgraduate teaching qualification in Sheffield, Mrs Haslam began her career as a Teacher of English in 1990 at a coeducational school in Manchester and joined Withington Girls’ School in 1995. In addition to her subject teaching, she has had experience in a variety of whole-school roles across all areas of school life, including Head of Years 10 and 11 and, since her appointment to the role of Deputy Head in 2007, lead responsibility for Pastoral Care and Safeguarding. She is also an Independent Schools Inspector, an Independent Schools Teacher Induction Panel lead trainer and has been a Governor of another independent school.

“These roles have given her a broad educational understanding over and above the extensive management and leadership roles that she currently carries out,” said Mrs Lee.

As a Teacher of English, Mrs Haslam has a keen interest in the Arts and also loves the outdoors, particularly hill walking and sailing.

She said, “I am thrilled to have been appointed Headmistress of our wonderful school and am very much looking forward to taking up the role.”

Mrs Haslam has worked closely with Mrs Marks since 2010 and they will continue to work together to ensure that there is a seamless transition when she takes over the role in September.

Mrs Lee paid tribute to Mrs Marks as ‘an outstanding headmistress’ saying she had built on the success of her predecessors and had taken the School to a new level.

“The Governors are confident that Sarah Haslam will maintain this momentum and continue the tradition of constant improvement whilst safeguarding the unique culture and ethos of Withington Girls’ School.”