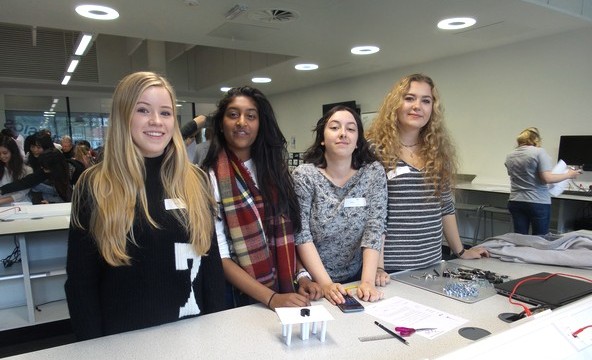 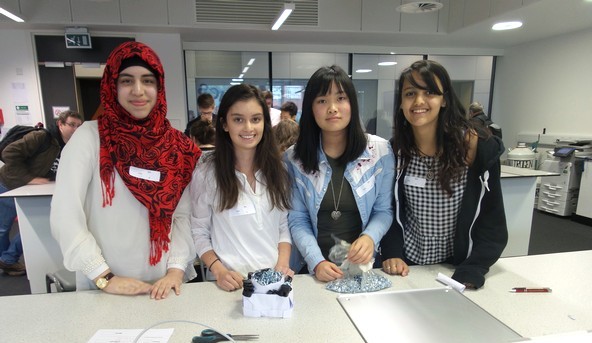 Throughout the day we had a series of teamwork activities, including an interesting Fermi quiz in which we were asked to estimate the force between two protons and the number of neutrino’s passing through the earth in a second.

Other activities included using a laser light diffraction technique to figure out the spacing between tracks on a CD and using paper and sticky tape only to construct a structure that had the greatest potential energy.

Despite being challenging, all of us had lots of fun and enjoyed ourselves for the day. Team Epsilon (Alex, Alvira, Imogen and Francesca) managed a respectable joint second in the time travel event!