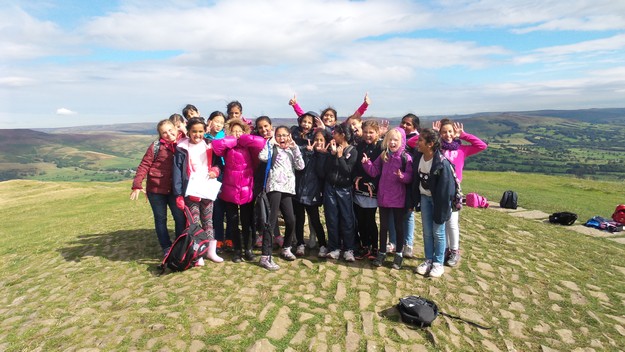 On the 16th and 17th September different groups of very excited Lower II and Upper II pupils each made the journey to Castleton and the Peak District to spend the day studying the dramatic limestone quarries and braving  the biting cold winds on top of the spectacular Mam Tor.

Specialist teachers took the Upper II girls on a walk up the commonly termed ‘Mother Hill’, allowing them to use professional compasses and thermometers to take note of the direction they were walking and the (considerable!) temperature difference moving up the hill. Whilst useful skills were developed, including the ability to read an OS Map and recognise contour lines, the girls also had immense fun measuring the wind speed using bubbles and stop-watches. 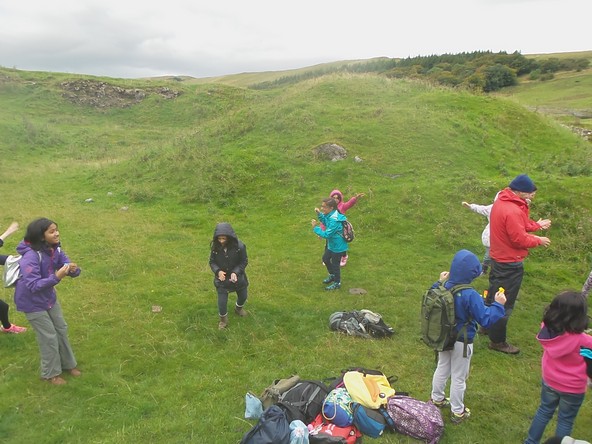 During this time the Lower II girls had been taken to do a sediment study of the rocks and debris found in a nearby quarry. They used professional geological charts to determine the characteristics of different rocks they found. 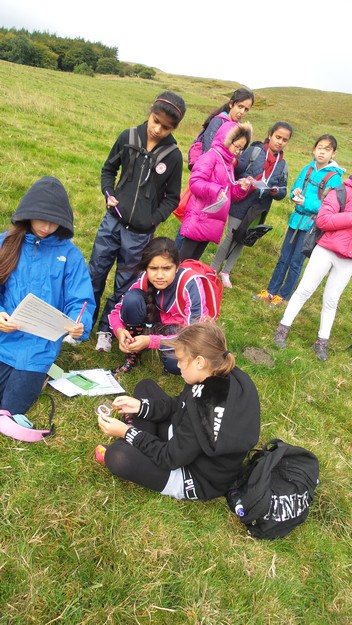 On Friday, 18th September, Form I and Transition girls made the same journey, but had a day filled with historical adventures. They were first shown a cave where cavemen were believed to have lived millions of years ago, and were told about the animals that roamed the landscape at that time. They were then given instructions about how people went about killing such animals and with what tools, before trying out their own hunting skills with a wooden spear!

After this the girls enthusiastically climbed Mam Tor, pausing along the way to learn about the fascinating lives of people from the Bronze Age who lived on the hill side and were shown evidence, clear even now, of the fortresses our ancestors built along the rocky edge.

A large majority of the day was spent without access to facilities or any modern conveniences but all the girls managed to ‘survive in the wild’!

Everyone had a fantastic educational experience in the Peak District, returning to school fresh-air tired, with slightly sore feet and enormous grins. 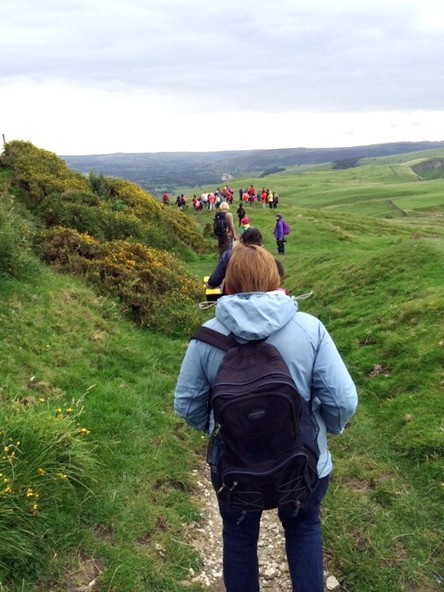 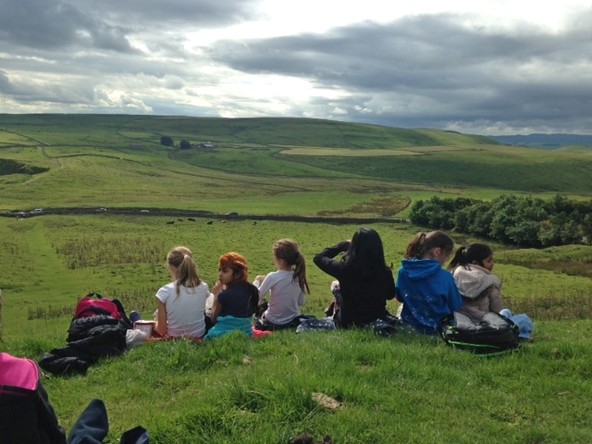 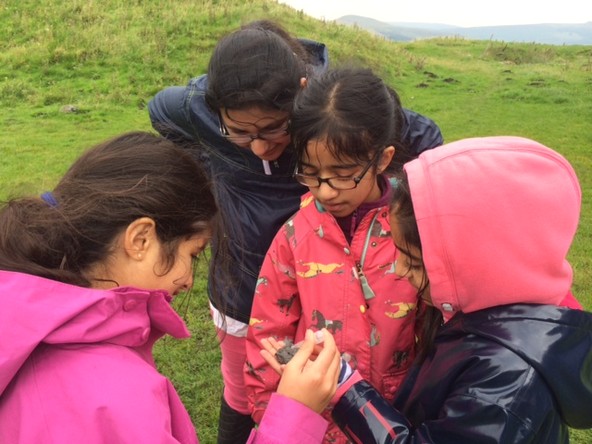 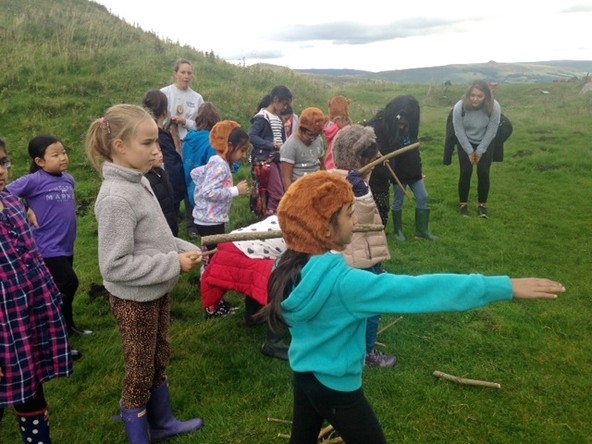 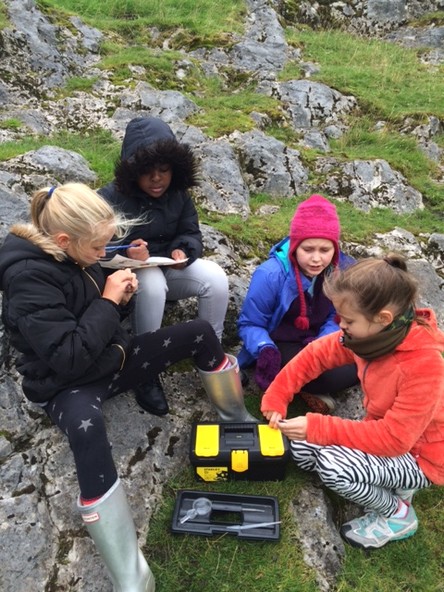 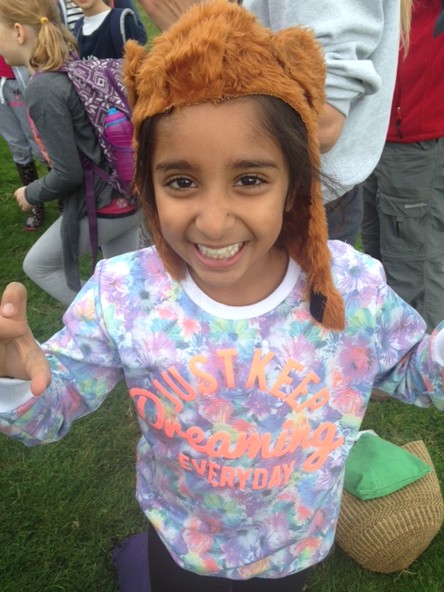 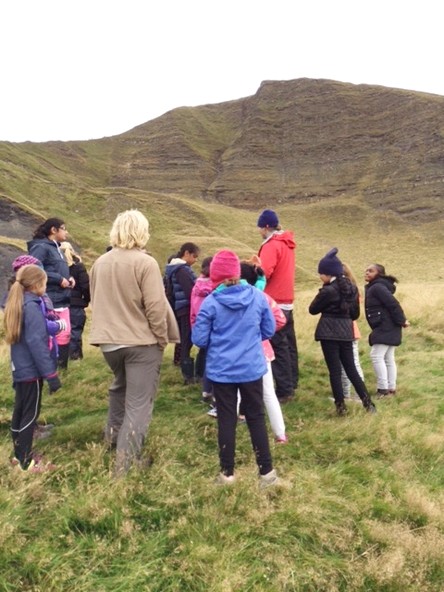 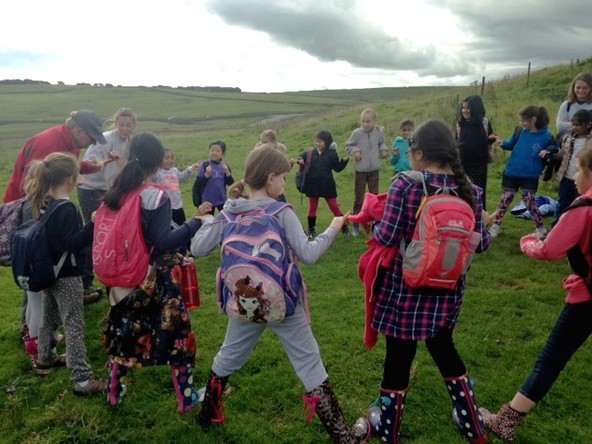 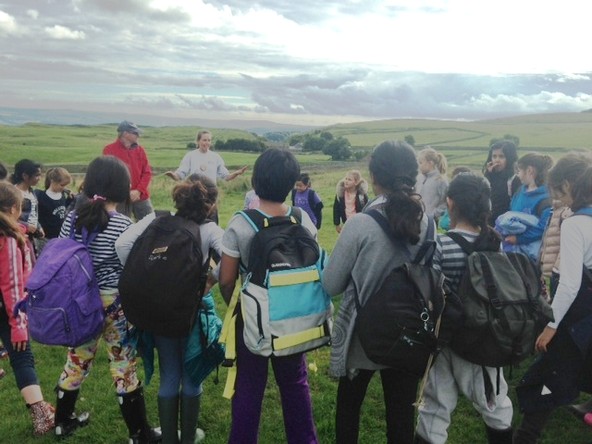 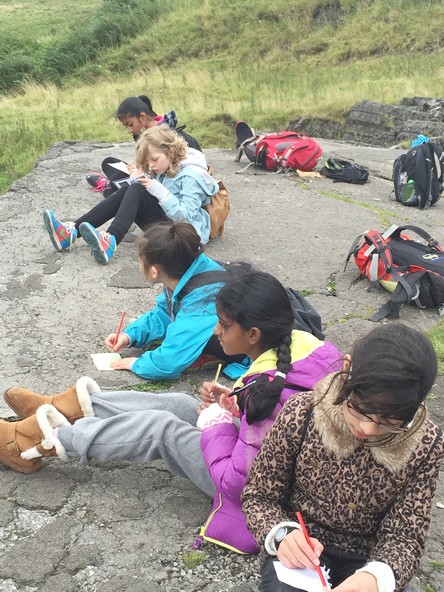 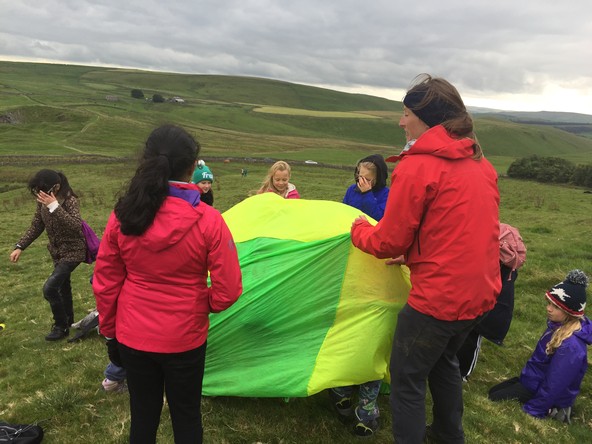 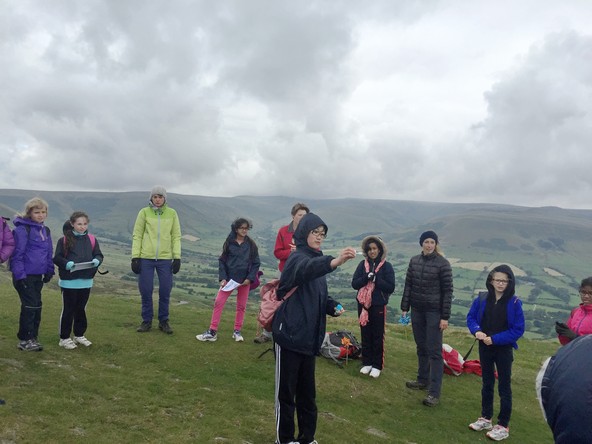