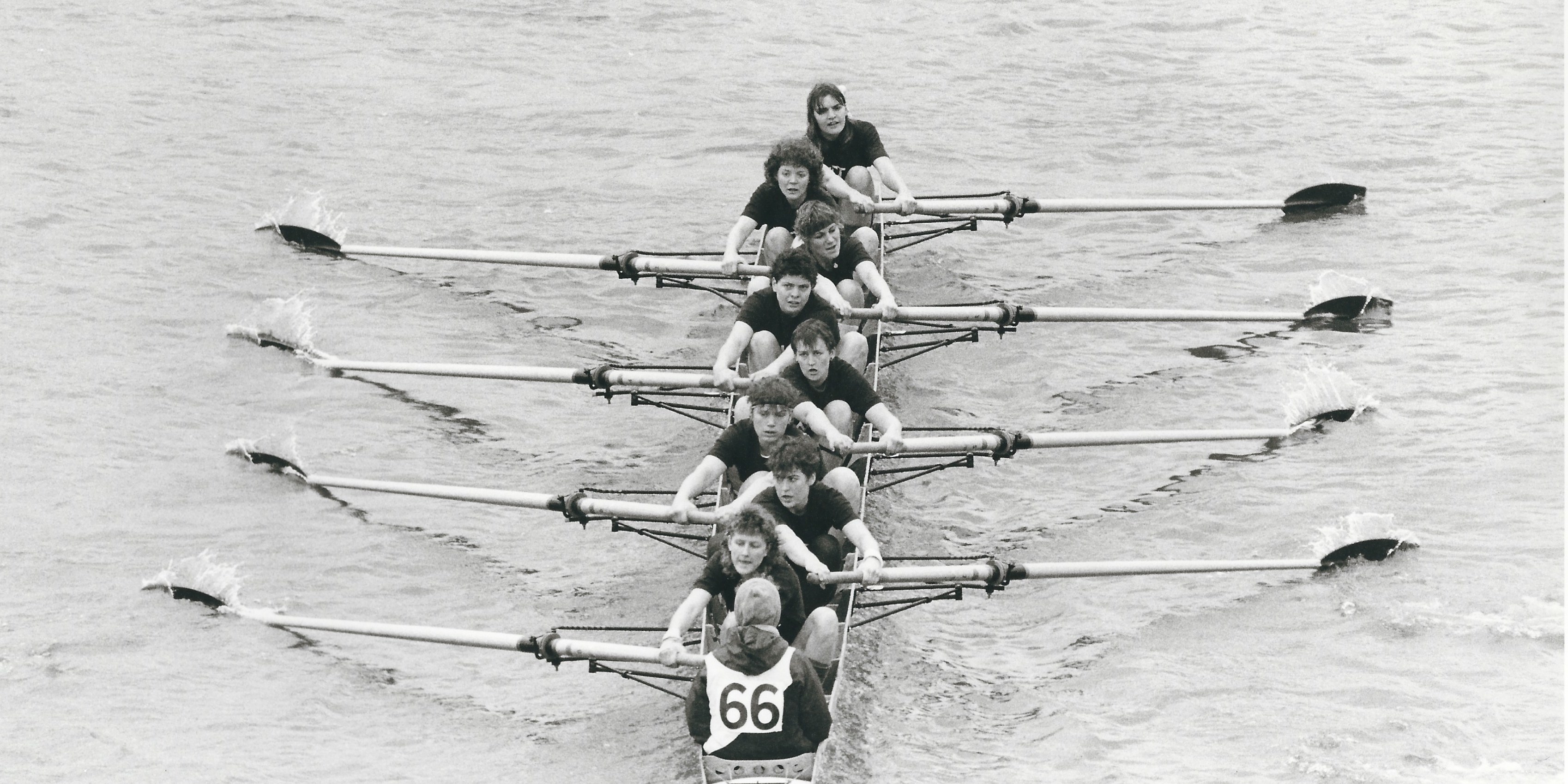 The historic Women’s Boat Race of 2015 was marked by a 30 Year reunion of Oxford’s Withington Rowers. Judith Behan (née Crummett, 1981 leaver) reports on her journey with rowing, from her WGS days to her current involvement with Oxford University Women’s Boat Club.

Saturday 11th April 2015 was a groundbreaking day in the history of women’s sport and in particular for women’s rowing. It was the day that the top female rowers from Oxford and Cambridge finally took to the River Thames in Putney to race the very first Women’s Boat Race on the famous Championship Course on the Tideway, alongside and in true equality with the men’s crews (previous women’s Varsity races had taken place in Henley on a 2,000m course).

Just a mile up the river, and a couple of hours before the Race, the Oxford women’s crews of 1985 were meeting up – many of them for the first time in 30 years – to celebrate not only the momentous occasion which was to take place a little later in the afternoon, but also their small part in that success.

These women are now all successful in their own fields, be that conservation, teaching, medicine, business – one is even an MP – but each one owes a debt to the Oxford University Women’s Boat Club (OUWBC) for teaching them that with hard work, dedication and commitment, coupled with superb time-management and just a bit of luck, everything is possible and achievable.

Two of these women are also Withingtonians! Not an obvious source of skilled rowing talent, given Fallowfield’s land-locked status, but in 1985 Joanna Treweek and Judith Behan (neé Crummett) overcame the odds and raced for OUWBC against Cambridge – and won! 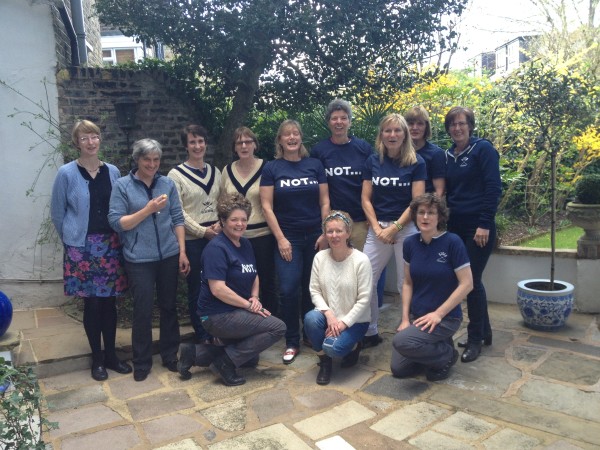 Now living in Barnes, close to the Boat Race course, Judith was the host of the 1985 gathering and is closely involved in the OUWBC Executive Committee, having taken charge of the 2014 Henley Boat Races and the 2015 women’s reserve races.

Judith attributes her initial interest in rowing to her maths teacher at Withington, Mrs Brenda Ford, who encouraged her to ‘have a go’ since she herself had rowed at Cambridge. Once in the St Hilda’s College Boat Club, Judith was elected Boat Club Captain before trialing for the University squad in her final year of a 4-year Chemistry degree. She was selected for the reserve crew, Osiris, and raced at Henley in March 1985. 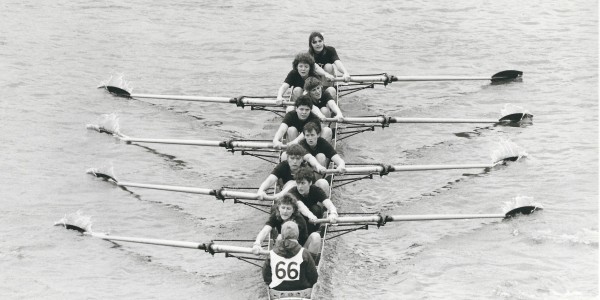 Judith is an advocate of the sport: “Rowing gave me the opportunity to train to best of my ability, to commit to a challenge, and to follow something through to the end. I firmly believe that I got my first job at ICI based on the passion I showed for my sport and the skills demonstrated in managing my time to fit in training, and academic commitments.”

Jo Treweek left Withington in 1980, and after a gap year started at Oxford in 1981. Jo studied ‘Agricultural and Forest Sciences’, rowed initially in the Keble College First Eight and was encouraged by her captain to go for University Selection. The first time she was selected, she was unable to race due to a riding accident, so the 1985 Blue Boat race was the culmination of a long journey.  Jo was small for a rower, but this didn’t stop her going for the Withington netball team and didn’t stop her following her passion for rowing either!  Just about anything is possible if you want it enough and you have a good team to share the challenge with.

Some of you may also know that our current Headmistress, Mrs Sue Marks, also holds an Oxford Blue in Rowing. She rowed at 6 in the reserve crew (Osiris) in 1976 and was in the 4-seat in the 1977 Blue boat (losing to Cambridge by half a canvas!).  This was the first women’s boat race to be rowed at Henley; previously it had alternated between the Isis (Oxford) one year and the Cam (Cambridge) the next.

OUWBC is very keen to hear from any other Withington Alumnae who have rowed for the University and would ask that you contact the office: ouwbc@sport.ox.ac.uk.

Congratulations to the crews of the 2015 Women’s Boat Race on the Championship Course!

It turns out it wasn’t the first time that Judith and Jo found themselves on the same team. Here are pictures of the First Lacrosse and Hockey teams of WGS from the 1979-80 season: 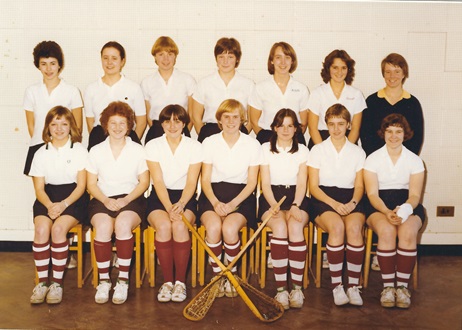 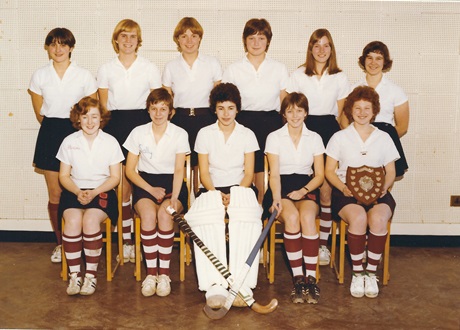